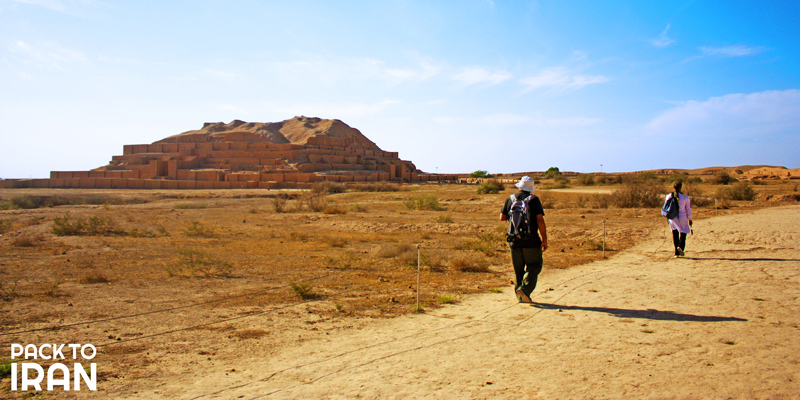 Explore the ancient land of Khuzestan after World Cup 2022

After all the crowds and roar that you are going to experience in World Cup games this autumn in Qatar, visiting some ancient sites in the ancient land of Khuzestan and also getting relaxed in its wonderful nature sounds like an amazing idea.

Southern cities of Iran like Bandar Abbas, Bushehr, and cities of Khuzestan Province, which are located at the edge of the Persian Gulf and are located a short distance from the country of Qatar where World Cup 2022 is going to be held, are very good destinations for Iran tours during winter and autumn, when other cities pass freezing cold days, and this autumn is the best opportunity to visit south of Iran and explore the ancient land of Khuzestan after Qatar World Cup 2022, especially because of the fact that Iranian government is going to issue free Iran visa for 20 days to World Cup fans.

The Ancient Land of Khuzestan

Located in the southwest of Iran, the vast land of Khuzestan is known to be one of the cradles of first human civilizations with a rich cultural and historical structure. The ancient heritages of Khuzestan like palaces and temples show human evolution and progress of civilization in this part of the world over time. The antiquity of Khuzestan traces back to 6000 BC., and apart from its rich history, Khuzestan is home to a big verity of ethnic groups and different cultures. Being home to largest rivers of Iran like Dez River, Jarahi River, Arvand River, and Karun River which is so large that it can be sailed in, Khuzestan Province has been a fertile land throughput history, causing it to be one of the important trading and political centers of and ancient world and being home to big civilizations, however this land is struggling with drought in recent years.

Many mind-blowing natural attractions and ancient sites related to early civilizations are scattered in different towns of Khuzestan Province, that will be visited during the 0000 day Ancient Khuzestan Tour that PackToIran team has designed as one of suggested post-World Cup Iran tours:

Start your travel from Qatar (Doha) to Bushehr Port via ferry. According to climate, your trip takes from 12 to 20 hours. Arriving Bushehr, check in at your hotel and take a rest. Your hotel in Bushehr is a traditional building in the heart of old city district, where you can enjoy the calm atmosphere and stunning historical buildings. Spend the next day walking in the heart of old city district and hearing about Bushehr city history and culture, and then walking by the sea enjoying the sunlight. In the evening, learn about Bushehr culinary including seafood and tasty chili cuisines and taste some of them. On the last day in Bushehr, take an excursion to a beach where you can get relaxed and enjoy swimming.

Hit the road early in the morning and drive toward Ahvaz (430 km), the center of Khuzestan Province. On the way, stop at Deylam Port and enjoy its scenic beaches. Arrive at Ahvaz in the afternoon and after checking in at hotel take a walk by Karun River and visit its bridges. Then taste some local street food like samosa in Lashkari Streets and meet warm-hearted locals of Ahvaz.

Start your Khuzestan adventure in the morning. First drive to ancient city of Susa (117 km). dating back to 4000 BC., the ancient city of Susa was the capital of the great Ilamite Civilization, and then it was the winter capital of the glorious Achaemeind Dynasty. The historical area of Susa got inscribed as a UNESCO World Heritage Site in 2015. First visit the Museum of Susa and get amazed by objects from pre-Ilamite era, Ilamite era, Achaemenid, and Sassanid dynasty. Then visit the Susa Castle which was built by De Morgan using bricks of Apadana Palace of Darius. After visiting the Tomb of Daniel the Prophet, known for its wonderful dome architecture drive for half an hour and visit the UNESCO listed Chogha Zanbil Ziggurat. This ancient masterpiece was the first heritage in Iran that got registered by UNESCO. This ziggurat was an Ilamite temple built by Untash-Napirisha for worshiping Inshushinak the patron deity of Susa. In the afternoon drive through the roads passing through sugarcane farm to the ancient city of Shushtar and explore another UNESCO site, the Shushtar Hydraulic System consisting of water wells, water mills, and waterfalls designed and constructed by skilful engineers of Sassanid era, in order to manage water for living and agriculture. Spend the night at a lovely traditional hotel in Shushtar.

Drive for about 70 kilometers to the stunning Chal Kandi Canyon, which is a lush area in Khuzestan. Chal Kandi is located near Dezful historical town and Andimeshk, and is a stunning rocky valley through which the water of great Dez River passes. Here you are going to enjoy camping, boat riding and trekking in untouched nature of Khuzestan for two days, and experience spring in winter. here you will also explore the ancient Shadab Castle, Shahyun Lake (Dez Dam Lake) and etc.

Early in the morning, start your road trip through scenic roads and drive to Isfahan. This is going to be the longest road trip of this tour (580 km). On the way you will stop at some points to enjoy nature beautiful nature landscapes of Zagros Mountain Range. You will arrive Isfahan in the afternoon and check in at hotel for taking a rest.

Enjoy two days of Isfahan city tour, the glorious city of turquoise tiles and glorious palaces, titled as “Half of the World”. Visit the magnificent heritages of Safavid Dynasty including the UNESCO listed Naqsh-e Jahan Square, Ali Qapu palace and the picturesque mosques of Isfahan including the Sheikh Lotfollah Mosque, Imam Mosque, Jame Atiq Mosque, and also the historical bridges including Khaju Bridge and Si-o Se Pol.

Drive towards Shiraz and visit the UNESCO listed Persepolis and Necropolis on the way. Persepolis is the most significant ancient heritage of Iran, which was the ceremonial capital of glorious Achaemenid Empire. Arrive Shiraz in the afternoon and enjoy two days of Shiraz city tour including the atmospheric Vakil Bazaar, the charming Nasir al Molk Mosque (the Pink Mosque), tombf of two great Persian poems Hafez, and Saadi, and etc. On day 15, get transferred to Shiraz International Airport and take your flight back home.