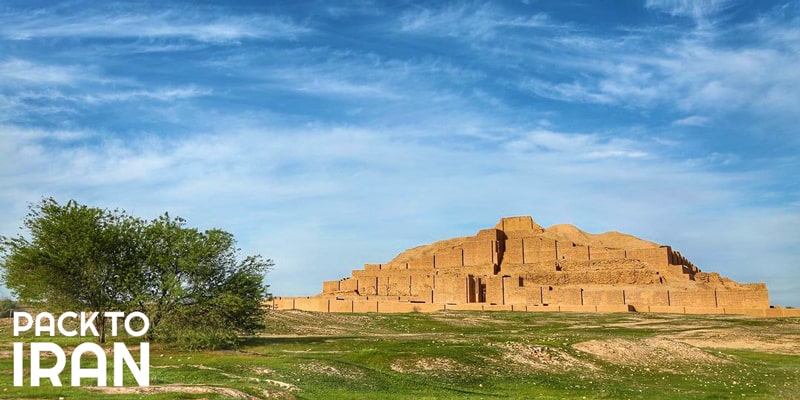 Located 30 kilometers away from Susa in Khuzestan Province, Chogha Zanbil Ziggurat is the first UNESCO World Heritage site registered in Iran which was constructed by the Elamite in 1250 B.C.

Dating back to the kingdom of Elam which is the oldest empire in Iran, the archeological site of Chogha Zanbil (Tchogha Zanbil) is a vast area located between Susa and Shushtar in Khuzestan Province in the south of Iran and is one of the most significant UNESCO World Heritage sites and ancient attractions that you should visit in Iran. The main element of this ancient site is the enormous Chogha Zanbil Ziggurat, which was built by the order of king Untash-Napirasha as a present to Inshushinak, the Elamite god and the protector of Susa. 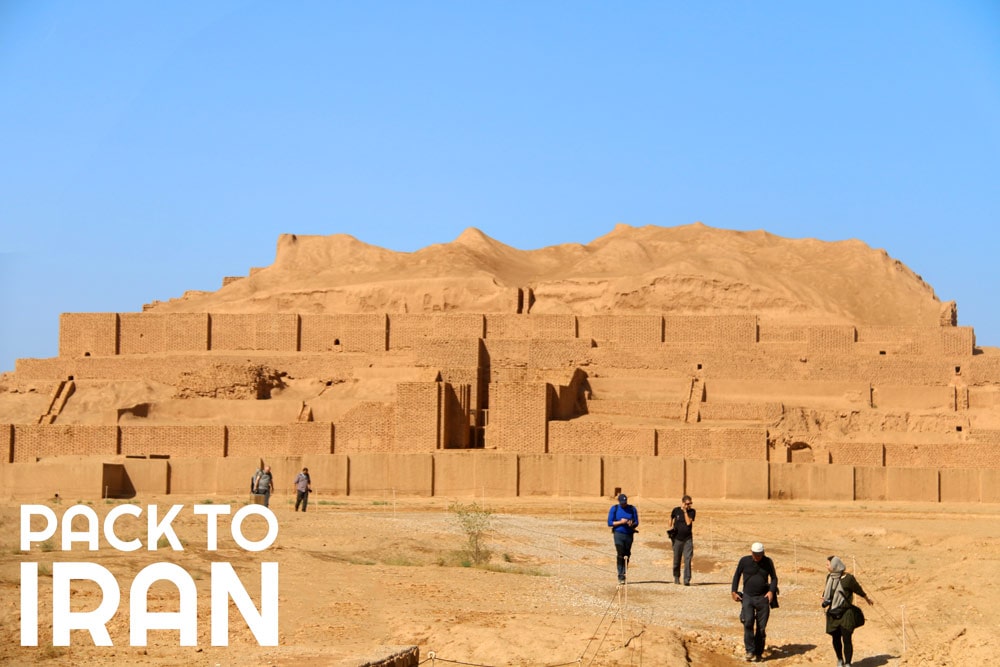 Who were the Elamites?

Before the entrance of Aryans to Iran, there was a great empire ruling a vast area in the southwest of Iran, known as the Elamite Empire. The Elamites civilization was started around 3500 BC and continued until 1000 BC, when they were defeated by Ashurbanipal, the Assyrian king, after years of battle and defense against the Mesopotamia civilizations including Babylon, Assyrian, and Sumer. The Elamite Empire is known as a very effective civilization in the history of Iran, as the Achaemenid king was influenced by the Elamite politics, art and they chose the Elamite language as their first official language. 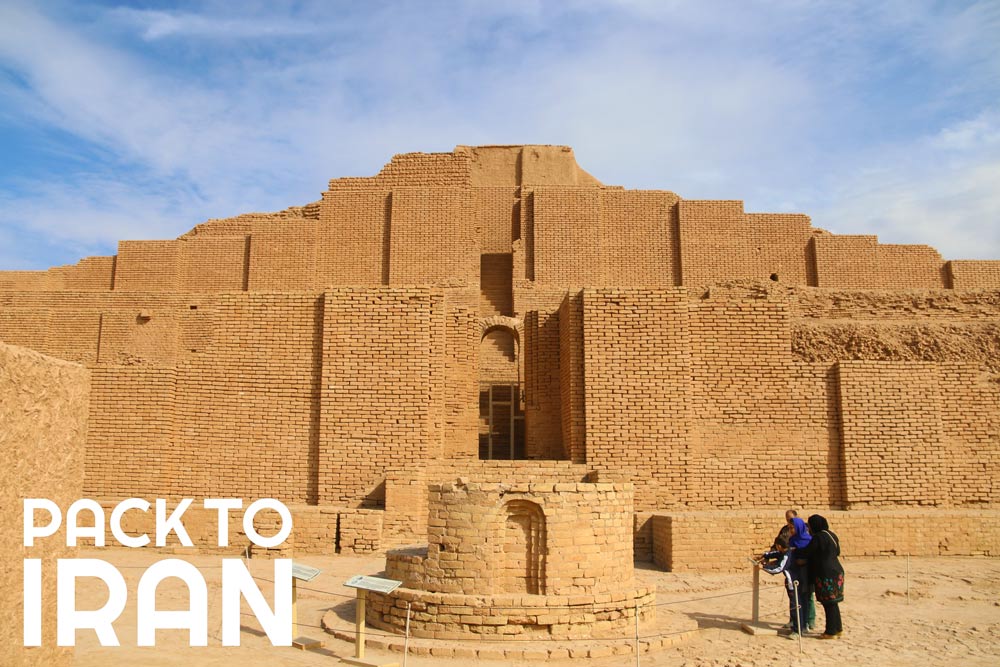 Ziggurats were temples that were constructed by the ancient civilizations in western Asia 4200 to 2500 years ago for worshiping the gods who were believed to be the protectors of the cities. These multi-story constructions were built over the hills with adobe and brick, and their unique characteristic was that each story is smaller than the below one, causing these buildings to look like a stairway from afar. They used to keep statues of the gods and hold religious ceremonies in these ziggurats. The difference between the Chogha Zanbil Ziggurat and the other ziggurats is that each floor of this construction is based on the ground, while in other ziggurats each floor was based on the floor below. 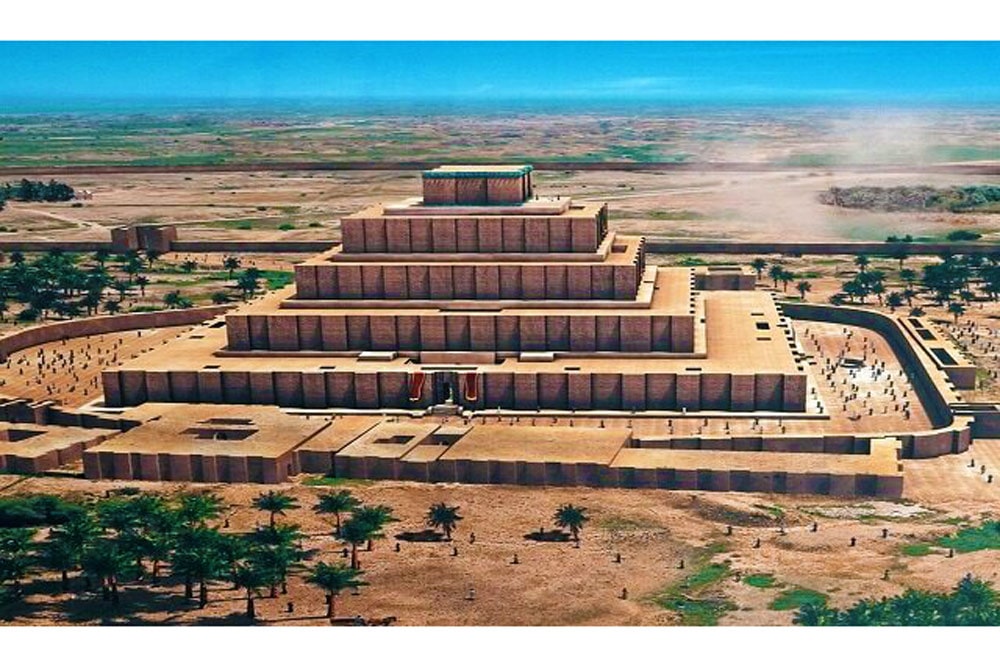 The architecture of Chogha Zanbil Ziggurat

The Chogha Zanbil Ziggurat is a 105 in 105-meter square construction built in 5 floors which get smaller from the bottom to the top and was 52 meters high. The fifth floor was the temple named Kukunum which was a small room for praising Inshushinak. What has remained from this ziggurat is a 25-meter construction in 2 and a half floors with glazed bricks related to the temple on the fifth floor. Chogha Zanbil Ziggurat is an adobe building that is covered with bricks. The four stairways of the ziggurat lead people to the upper floors and were covered with arcs in some parts. According to the excavations, there were statues of animals located on the two sides of the stairways as the guardians of the ziggurat. These statues were different legendary animals like a griffin which is now kept in haft Tappeh Museum in Susa and a bull statue kept in the National Museum of Iran. 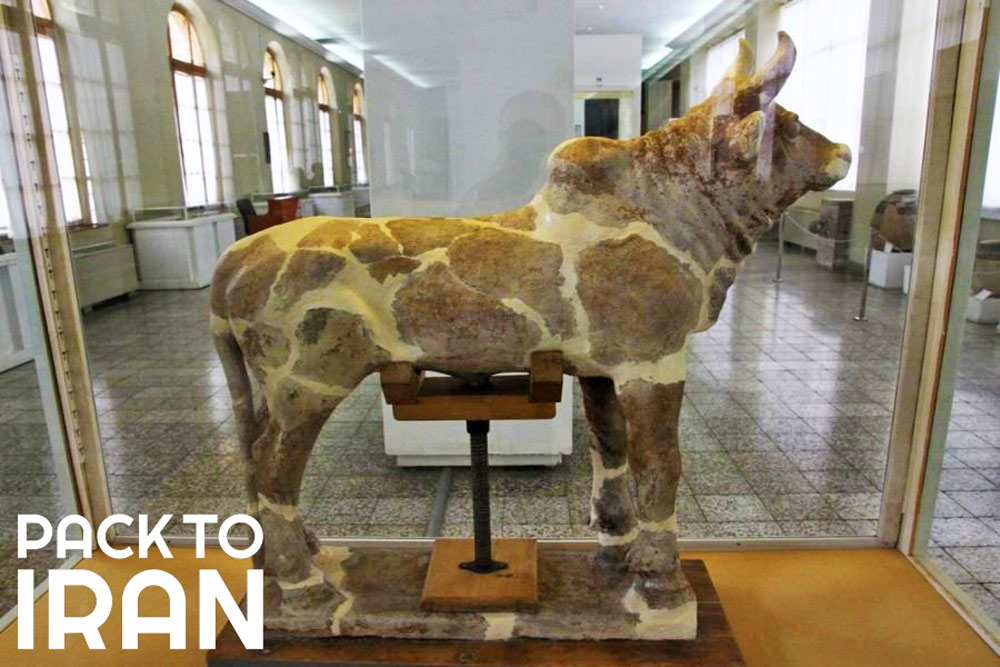 It is interesting to know that Chogha Zanbil was equipped with downpipes on the walls of the first and second floors which collected the rainwater and transferred it to the water wells so that it doesn’t damage the construction over time. Another amazing fact is that the first samples of glassware in Iran in the second millennia BC is found in Chogha Zanbil, which are glass wires used for making the doors and windows of the ziggurat. These glass wires which were produced in the same size and shape and in a big number, show the skill and intelligence of the architects and engineers of the Elamite Empire. The ziggurat is surrounded by a vast courtyard covered with earthen tiles, where different constructions like a stone podium where they located statues and inscriptions, a bench for dedicating gifts to Inshushinak, temples related to other Elamite gods like Shushink, Ishni Kerb, Krirsha, etc., and a place for sacrificing animals for the god.

The bricks and inscriptions of Chogha Zanbil Ziggurat

The bricks and the inscriptions of Chogha Zanbil have a significant role in the introduction of this enormous monument. Many of the bricks covering the walls have inscriptions written in Elamite language and provide information about the reason for building the ziggurat, the name of the architects, the materials, and the ornaments of monuments. All inscriptions on 6500 bricks decrypted so far, include the name of Untash-Napirasha, which proves that this construction was built by the order of this king. 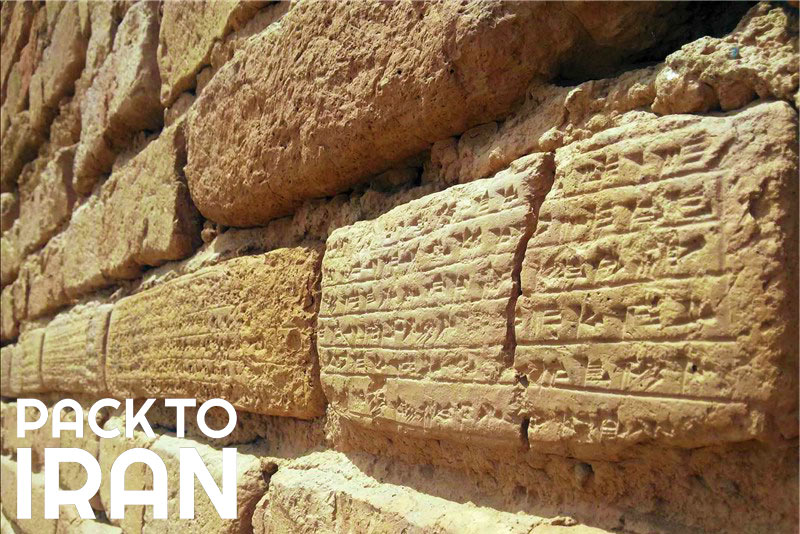 - This magnificent monument is located in Khuzestan Province in the southwest of Iran, where the weather is very hot and humid, therefore this ancient and wonderful land is one of the top winter destinations in Iran, and for visiting the Chogha Zanbil Ziggurat you need to travel to Khuzestan in winter when the weather is mild and pleasant.

- Since it is 130 kilometers from Ahvaz (the center of Khuzestan Province) to Chogha Zanbil, it is highly recommended that you start your road trip early in the morning.

- Wearing sunglasses and sunscreen, and having a bottle of water for drinking and a small snack will help you enjoy exploring this vast ancient site more. 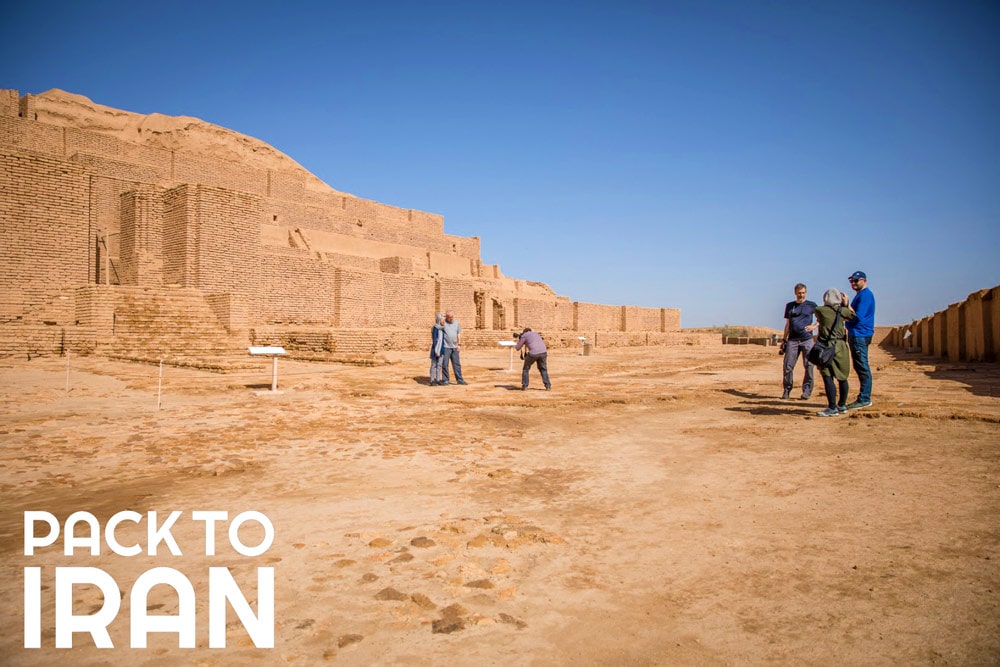