The answer is that in an Islamic city there are usually several mosques while there are only one or less than five Jaame mosques in such cities. Also, a Jaame mosque was not only a place for daily prayers but also it was used as a city hall for public gatherings. Therefore, the people used to gather in this mosque and after saying the special Friday Morning Prayer, they spent some time to meet their neighbors and fellow citizens, negotiate their mutual problems and help cooperate in having a better society.

Since Isfahan was an important Islamic city with a rich culture, it has two Jaame mosques including the Jaame Mosque of Isfahan and the Jaame Mosque is one of the main attractions not only in Isfahan but also in Iran. This awe-inspiring construction was inscribed as a UNESCO World Heritage Site of Iran in 2012.

If we divide the history of Iran into three parts including the prehistoric era, ancient era, and Islamic era, the Chogha Zanbil Ziggurat, Persepolis, and Jaame Mosque of Isfahan are the top three architectural masterpieces left from these three periods in Iran. The Jaame Mosque of Isfahan is like a museum that shows the evolution of Persian architecture through fourteen centuries and visiting this magnificent mosque feels like walking a time tunnel. This mosque is one of the main attractions of Isfahan and one of the top mosques of Iran in terms of artistic and historical value. 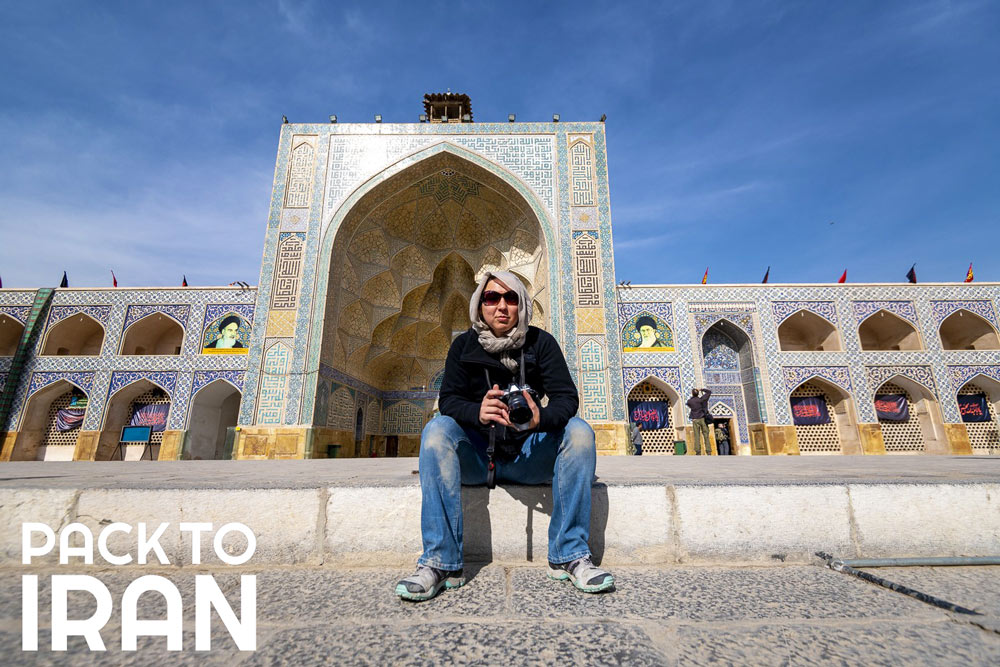 History of Jaame Mosque of Isfahan

It is believed that this mosque is based on a Sassanid fire temple, and the excavations which led to finding the remains of a Zoroastrian fire stone near the southern Mihrab of the mosque prove this idea. The oldest historical document that mentions the Jaame Mosque of Isfahan is related to the 4th century Hijri. This construction of the mosque got renovated during the Buyid Dynasty and during the kingdom of Daylamites, many Shabistans (halls with columns in Iranian mosques) were added to this great construction. During the Seljuk Dynasty (5th and 6th centuries), which was a zenith in Persian art and architecture, the mosque was extended and developed more than any period. The Shabistans were extended and the two great domes were added to the north and south of the mosque, however, the mosque was burnt down and many of the precious historical books of its library were destroyed. After the fire, the Seljuk kings reconstructed a new mosque on the remains of the previous mosque, however, some parts of the previous building remained untouched. This was when the mosque was changed into a glorious four-Iwan mosque.

The Uljaitu Mihrab, which is one of the most eye-catching parts of the mosque, was built during the Ilkhanid Period (1256-1335 BC) and the minarets and brickworks of the southern iwan were added by the Turkmen. During the Safavid Dynasty (16th and 17th centuries), when Isfahan was the capital of Iran, the renovations of the Jaame Mosque were continued and the architects built the Shabistan in the south of the mosque and a cubic construction, including the entrance and the main door of the mosque over the pond of the central courtyard, were made during the Qajar Era (18th century).

With its rich history, the Jaame Mosque of Isfahan is a museum of mosque architecture and exhibits the wonderful techniques of architecture and eye-catching ornaments including tile-works and stucco works throughout the history of Iran. 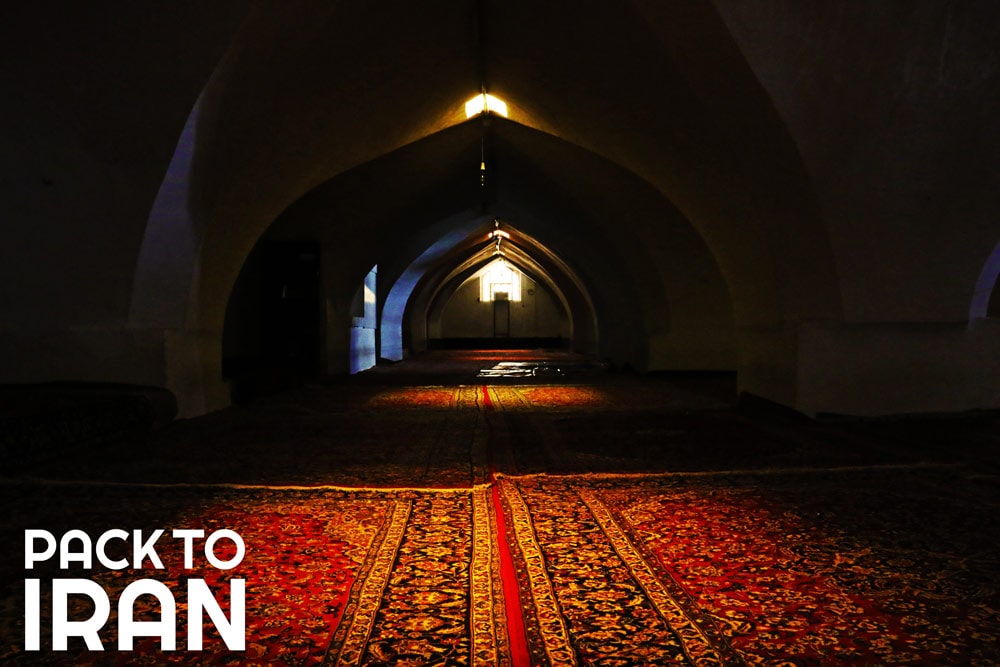 Amazing facts about architecture of Jaame Mosque of Isfahan

The mosque included a rectangular plan at first but after a century they destroyed and rebuilt the mosque due to the mistake in orientation of the mosque as it was not directed toward Qibla like all other mosques. It was changed into a four-iwan mosque. The remains of the original foundation of the mosque were found in excavations.

Unlike other mosques, the Jaame Mosque has two great domes which are both among the best samples of single-layered domes and are still standing after 900 years. There are two theories regarding the reason why this mosque has two domes:

1- During the Seljuk Dynasty, the first dome was built by the order of the ministers of the king (named Khajeh Nezam ol Molk) on the south of the mosque as it is believed to be closer to the Qibla. Another minister of the king named Taj ol Mulk decides to build a new dome on the north side of the mosque so that the king can pray in private as he used to enter the mosque from the north side.

2- The northern dome was not a part of the mosque and it was related to a separate religious building, which was later added to the mosque.

The southern and the northern Shabistans of the mosque which was built during the Ilkhanid period, show a unique style of Mongol decoration: The small domes/ arcs around the domes are ornamented by brickworks, every one of each is unique in pattern and design. According to the antiquity of the pillars, these two Shabistans are among the oldest parts of the mosque. 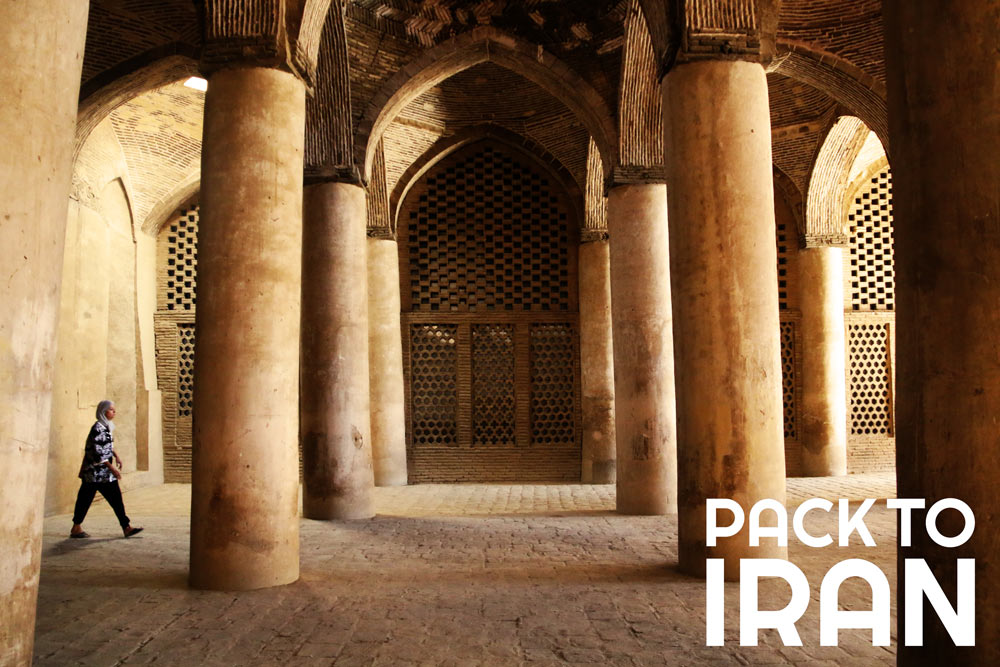 Since this mosque was renovated several times during the reign of different kings and many constructions were added to it throughout history, it has more than eight Mihrabs (prayer niche). Some Mihrabs like the Ilkhanid Mihrab located by the entrance door were covered by the next kings, however, they have all got uncovered during the present time. With its delicate and charming stucco works, the Mihrab of Uljaitu is one of the most charming samples in Iran and is located on the west side of the mosque. Uljaitu was one of the last Mongol kings who ruled Iran and built amazing constructions in the country like the Sultaniyeh Dome of Zanjan. 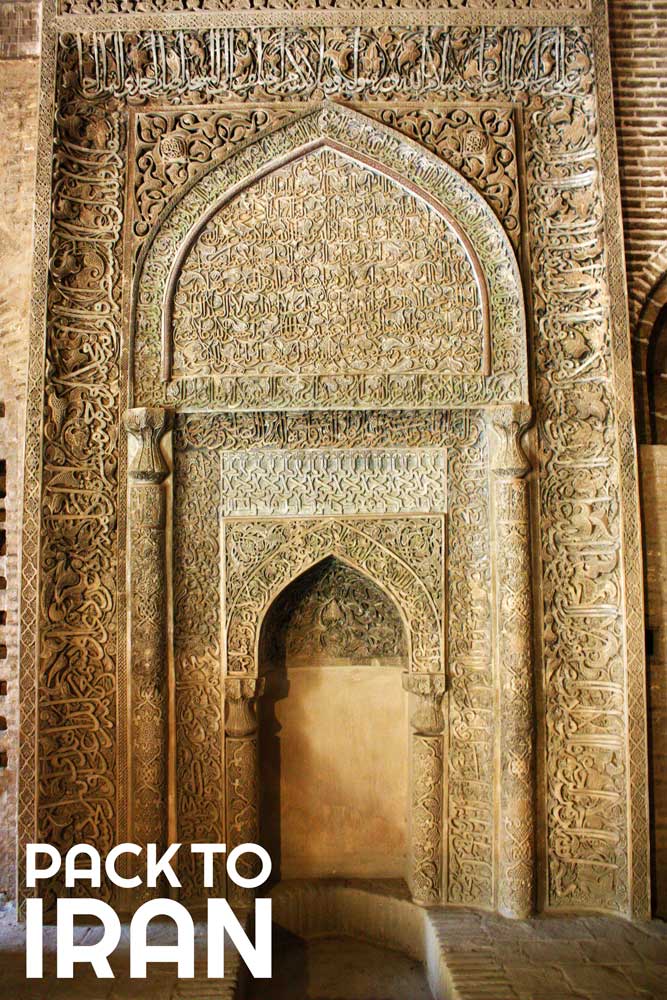 An Ilkhanid Mihrab in Jaame Mosque of Isfahan

The southern iwan and the northern iwan of the Jaame Mosque of Isfahan are ornamented by the largest and the most amazing Muqanas decorations in whole Iran, which are made by bricks. Although this mosque doesn’t have as much tile work as we see in Sheikh Lotfollah Mosque and the Jaame Abbasi Mosque, the available tile works are among the most amazing samples among the historical monuments of Iran built during the Islamic Era. 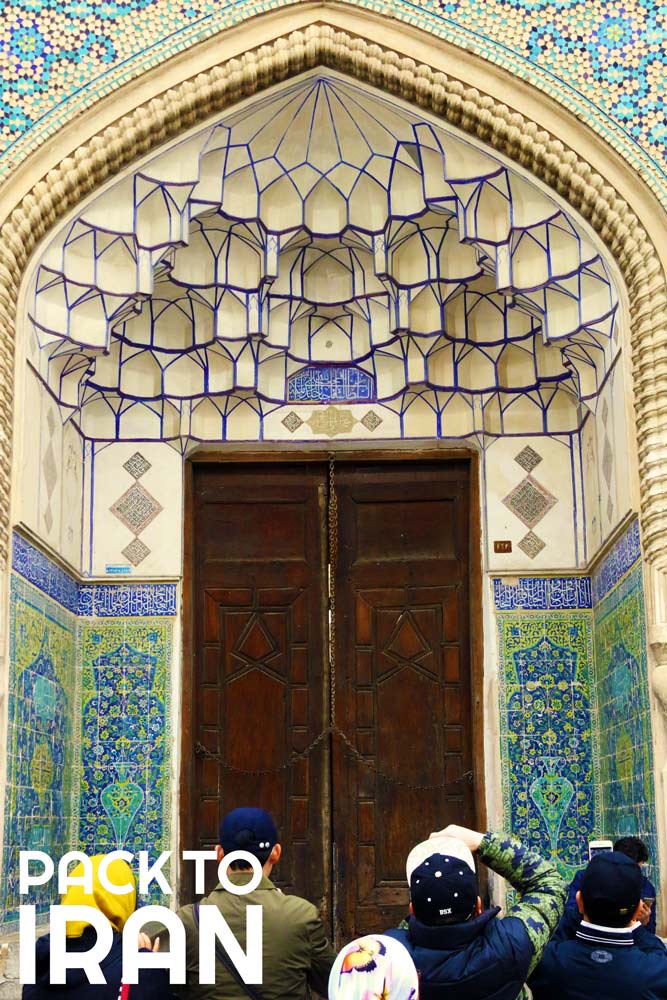 Muqarnas and tilework decoration in Jaame Mosque of Isfahan

The cube-shaped construction, which was built over the main pond during the Safavid Dynasty, was used as a symbol of Kaaba for people to practice the Hajj rituals before they traveled to Mecca for the mandatory religious duty.

The impact of Jaame Mosque of Isfahan on future mosques

The main changes and ornaments of the mosque were done during the Seljuk Dynasty. Before that, the first mosques of the Islamic world like the Al-Masjid al Nabawi in Medina, the Mosque-Cathedral of Cordoba, and the Great Mosque of Samarra had simple constructions and didn’t have any significant ornaments and decorations. During the 5th century Hijri, it was changed as the first mosque with four iwans in the whole world, and since then the architects followed the same plan for building the Jaame mosques of Iran and even changed the old mosques to four-iwan constructions, as the new style of Iranian architecture. This style was used during the future periods, like the Timurid Era when Teimur built four-iwan mosques in Isfahan, Shiraz, Tabriz and even took this style to Samarkand. 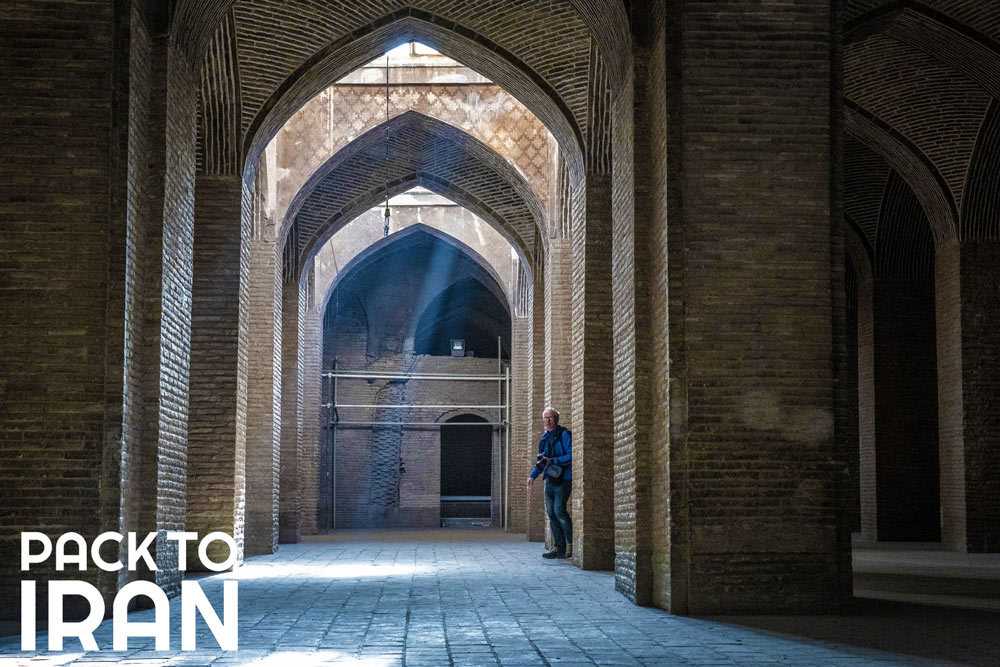 The Jaame Mosque of Isfahan

Tips for visiting the Jaame Mosque of Isfahan

The best time to visit the mosque is before 12 pm and after 2 pm, as from 12 to 2 most parts of the mosque are closed due to prayer time.

If you happen to be at the mosque during the prayer time, respect the locals praying and avoid taking photos

After visiting the mosque, you can take a walk through the historical bazaar and reach the Naqshe Jahan Square in 15-minute.