Pahlevani and Zoorkhaneh Ritual is a term used for describing the traditional system of exercises, athletics and martial arts in Iran which were practiced in traditional gyms with special architectural constructions named Zoorkhaneh. This historical ritual was registered on the list of intangible UNESCO World Heritages of Iran in 2010 by the efforts of the Ministry of Cultural Heritages, Handicrafts and Tourism and the Zoorkhaneh Sports and Koshti Pahlavani Federation of Iran. Also the Brockhaus Encyclopaedia of Germany introduces Zoorkhaneh Ritual as the very first form bodybuilding in the world. 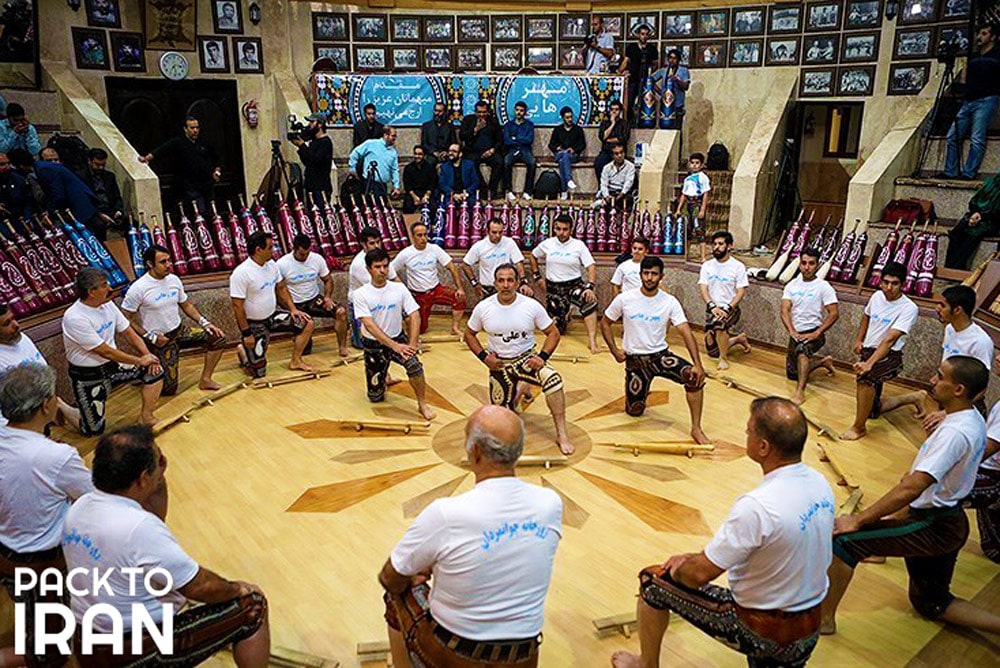 The History of Pahlevani and Zoorkhaneh Ritual

The Zoorkhaneh Ritual has been a major physical activity of Iranians since ancient times, and the society appreciated the athletes and the people with physical strength and brave sould. According to the historical documents, the first Zoorkhaneh (traditional gym) of Iran was founded by Pourya-ye Vali a Persian champion and poet who lived in Khoy (Azerbaijan Province in north-western Iran) about 700 years ago, however according to the Iranian legends and culture the antiquity of Zoorkhaneh ritual traces back to ancient times. It is said that Iranian champions and athletes used military weapons and equipment like mace, shield, and bow as workout tools for practicing Pahlevani exercises in order to stay in shape and improve physical and mental health even during the time of peace.  During the Islamic Era, the Zoorkhaneh Rituals played a special role in reviving the heroic and modesty culture, which was a valuable etiquette in ancient Iranian culture. Today although this ritual is not as booming and popular as it had been throughout the history of Iran, it is still practiced in many cities of Iran by the local old men and young boys. 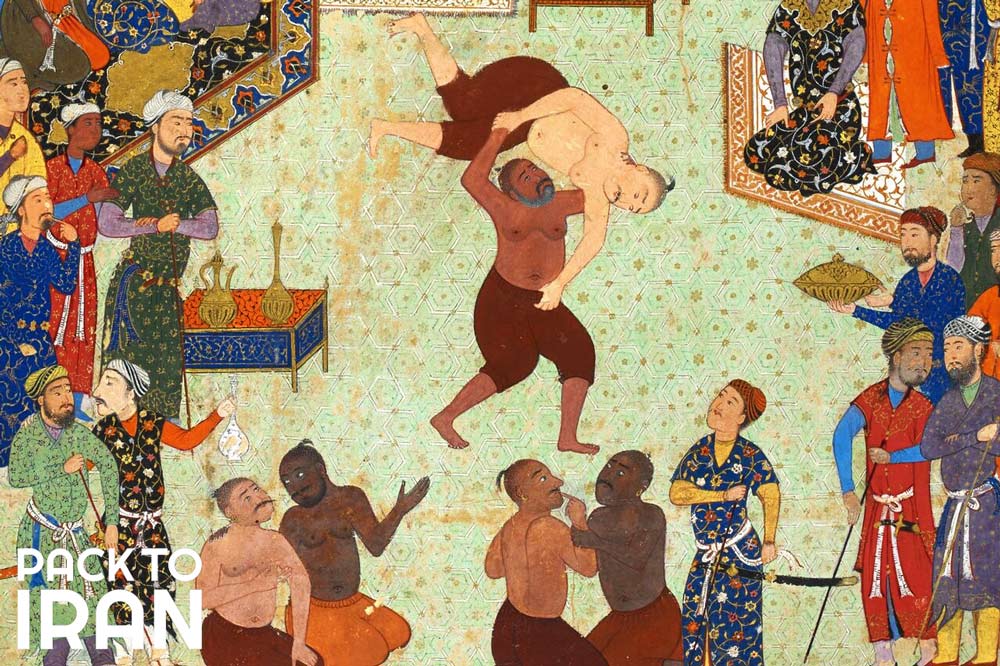 The etiquettes of Pahlevani and Zoorkhaneh Ritual

The Pahlevani and Zoorkhaneh Ritual is characterized with bravery and is all about traditions and symbolic rites that requires the champions and athletes to follow the behaviours and morality of the Iranian heroes from ancient times until Islamic Era. While the athletes are busy with working out in Zoorkhaneh, The Murshed sing poems using instruments especially Zarb (a percussion instrument) about these positive characteristics to stimulate the athletes and encourage them to improve their noble individualities. 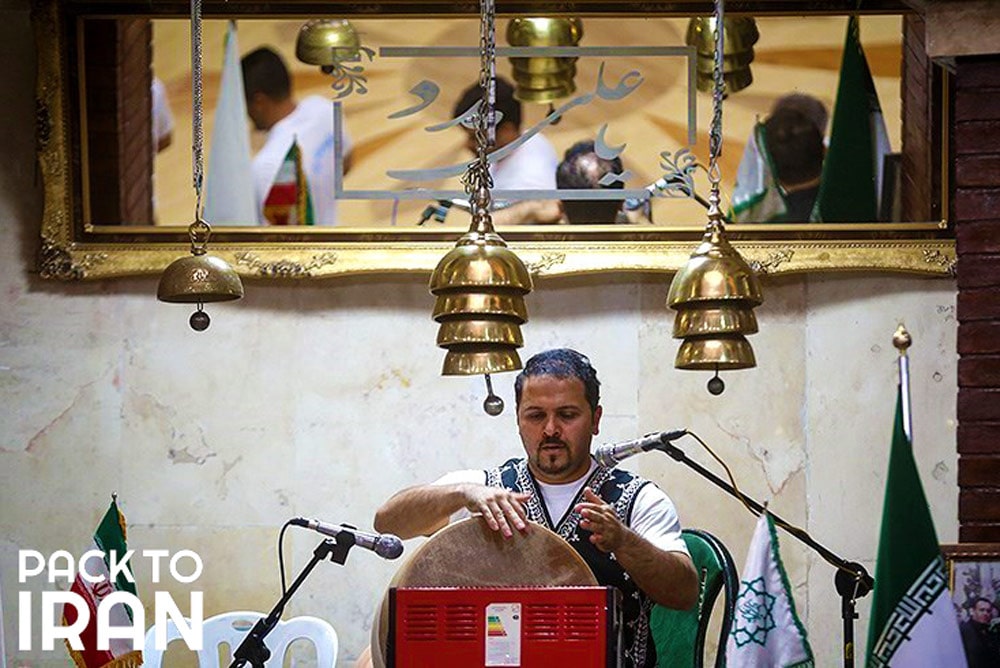 The athletes are required to consider behaviours like curtesy, politeness, purity, and devotion while training and before starting their workout they should ask for the permission from the master of the Zoorkhaneh. The Zoorkhaneh has been such a respected place among the Pahlevani athletes that they believe that Zoorkhaneh is their second mosque. When the athletes enter the Zoorkhaneh first they show respect the master or the Murshed, then they symbolically kiss the ground to show devotion and respect and then they start practicing which includes different stages including push-ups, Indian club, spinning, bench press etc. using traditional exercise tools. 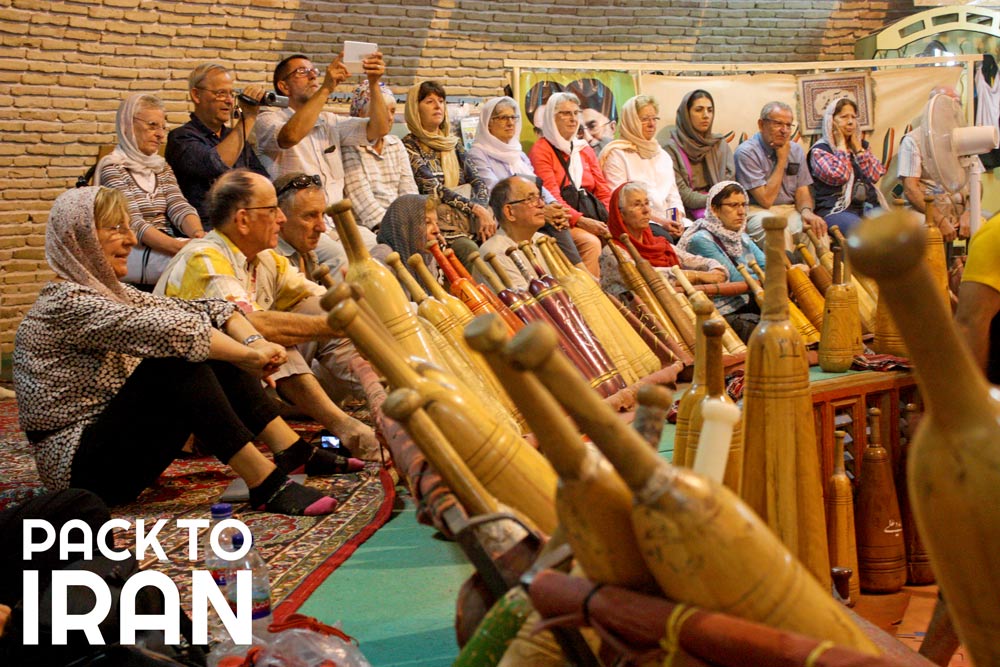 Some historical Zoorkhaneh that you can visit in Iran

In the past, practicing in a Zoorkhaneh was so popular among the Iranians especially the young men that atleast one Zoorkhaeh was available in each neighbourhood of the cities.  Although today Pahlevani and Zoorkhaneh Ritual is not as common as it was in the past, this historical tradition still has its place in people’s heart especially the older generation. There are still 50 Zoorkhanehs available in Tehran and some in other cities of Iran, and many of the locals still exercise at these traditional gyms. Below are some of the most famous Zoorkhanehs in Iran:

According to the date mentioned on the entrance, this Zoorkhaneh is one of the oldest ones in Iran which was opened in 1925 (early Pahlavi Dynasty) by the reputed champion of Tehran, Hamzeh Ali Pahlevan Pour, who owned many stores in Tehran bazaar and used the income of the stores to help the poor and young athletes.

Pahlevan Ali was a great champion who built a Zoorkhaneh in Hamadan which is a city in west of Iran. Pahlevan Ali received the title of Pahlavan at age 60 and continued wrestling until age 95.

Pahle Ritual had a special place in the culture of Shiraz locals. The Poolad Zoorkhaneh was first built during late Zand Dynasty as an Ab Anbar (water reservoir) in Zand complex and after 130 years it got renovated as a Zoorkhaneh by champion Ali Kolahi. After 160 years this construction is still being used as a traditional gym by the locals of Shiraz.

Located in the heart of the Historic City of Yazd, this Zoorkhaneh is a must-see in Iran, which is still active and has a nostalgic atmosphere with a stunning design. Like the Poolad Zoorkhaneh in Shiraz, this Zoorkhaneh was at first a water resvior and then changed into a traditional gym.

This Zoorkhaneh is one of the oldest ones in Isfahan and is one of the less touristic attractions in this city. Because of its antiquity and importance, Ali Gholi Agha Zoorkhanwh is known as the capital of Pahlevani rituals in Iran, where the Pahlevani completions are held. 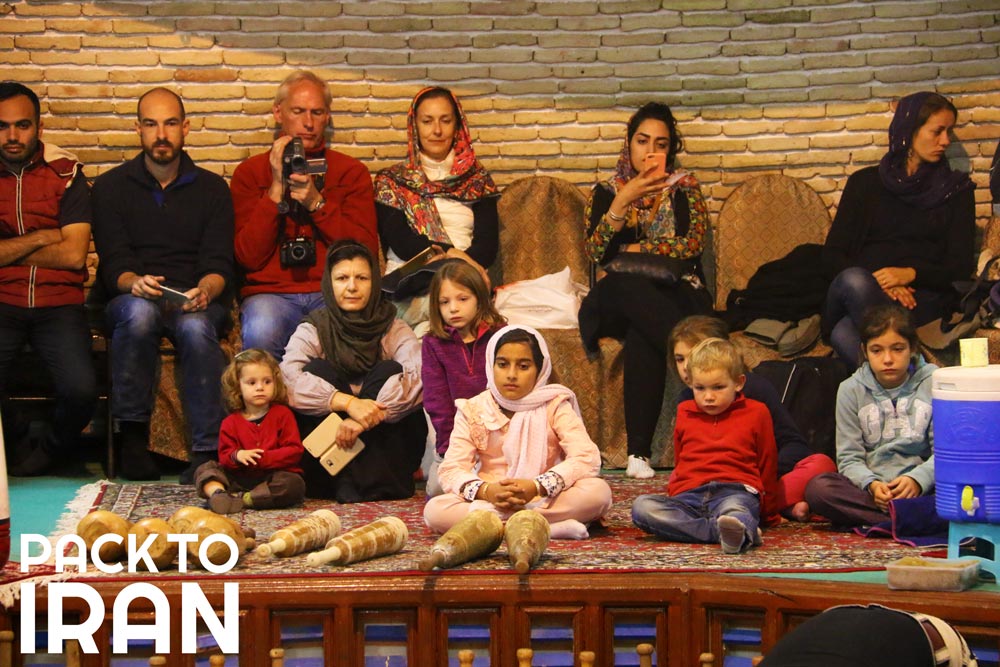 3 0
You can rate this post
Users Rated: 5 From 1 rates
Comments