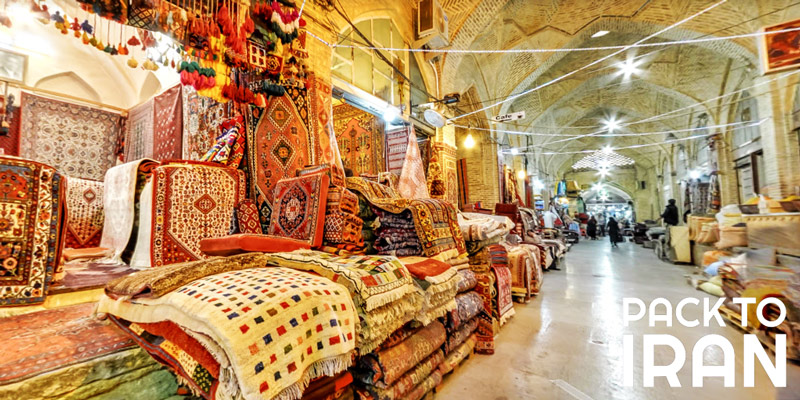 All you need to know about the Zand Complex in Shiraz

Including the Arg-e Karimkhan, the Vakil Bazaar, the mosque and the bathhouse, and the Nazar Garden, the Vakil Complex is one of the most important attractions of Shiraz which was built during the Zand Dynasty, when this charming city was the capital of Iran.

Shiraz is one of the largest cities of Southern Iran and the capital of Fars province. Fars province has been the origin of great empires like Achaemenids and Sasanids and the name “Persia” comes from this region, meaning land of Parsians. During the Islamic era too, Shiraz has been an important city of Iran and was chosen as the capital of Iran by first the Buyid dynasty (10th and 11th century) and later by Zand dynasty kings (18th century).

Zand complex is a group of buildings built during Zand dynasty (1751 – 1794) mainly during the kingdom of Karim Khan, the founder of Zand dynasty who chose Shiraz as his capital. Karim Khan did not like to be called a king by people and believed he is the representative of people which in Farsi is the word “Vakil” which became a title for Karim Khan and also some of the buildings he made.  Zand complex includes the Citadel, the Vakil Bazaar, the Vakil mosque, the Vakil bath and the Pavilion of the Nazar garden. Zand complex is among the main touristic attractions of Shiraz alongside Nasir al Molk mosque, Eram garden, Naranjestan and the mausoleum of Hafez. 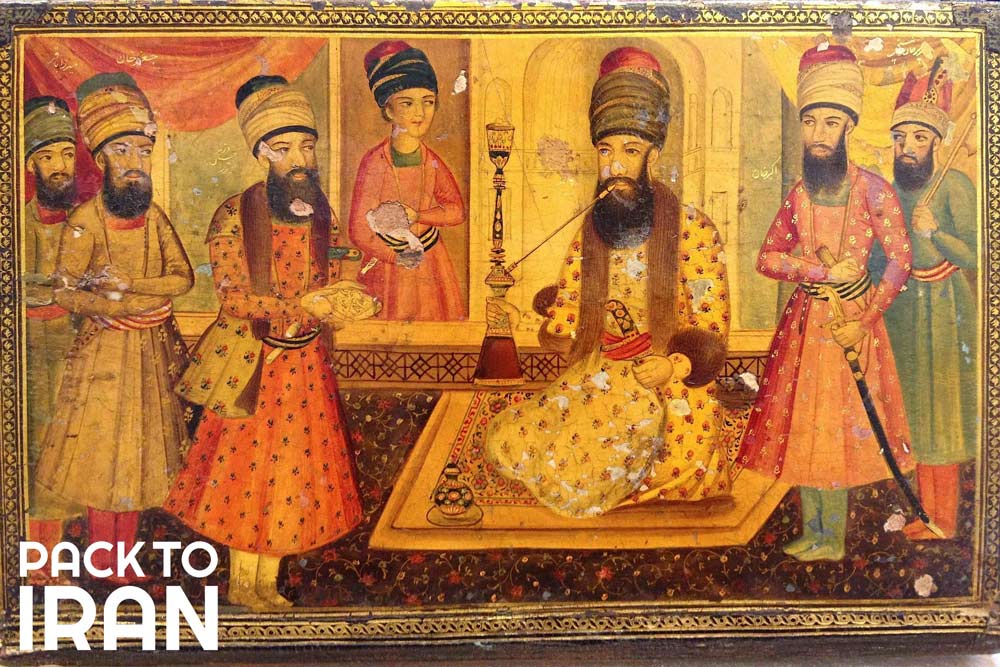 To become the king of Iran, Karim Khan defeated enemies in many wars so one of his first orders after choosing Shiraz as his capital was repairing the fortifications of the city. He also ordered the building of a fortified palace for both residential and administrative purposes. Arg-e Karimkhan is a square shape building made of brick surrounded by tall walls and 14 m round towers at each corner. The citadel was originally surrounded by a 4 m deep moat which was filled later. The entrance to the citadel is through a gate on the east side. Above it, there is a beautiful plate made from glazed 7-color tiles picturing the battle of Rostam and the white beast from Shahnameh which was added during the Qajar dynasty. The entrance gate is an octagonal room, same as other old entrance gates of Iran the reason for which is privacy so even if the door is open no one can see inside. The entrance gate links the anteroom to the interior section with a simple plan. An open central court decorated with a large pool and a beautiful citrus garden. Around the central court, there are several rooms several of which are open for visit specially the western rooms of the citadel which were the administrative section at the time of Zand kings. Some of the rooms are used as museums and handicraft workshops and shops today. On the east side of the citadel, to the left side of the entrance door, there is an old small bath which was used privately by royal family and is open for visit today. One of the round towers of the citadel is slightly leaning probably as a result of the sewerage system of the bath. 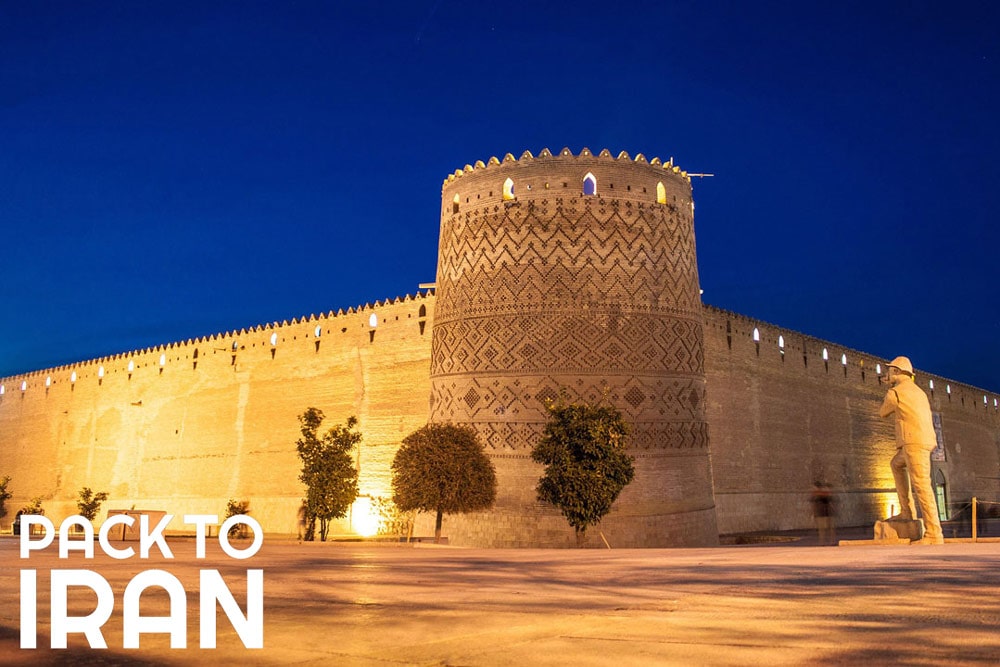 Almost all the towns in Iran have traditional bazaars which have served as the trading and the commercial centers of the towns. Although today the tendency is to do the shopping in modern shopping centers, but these old bazaars are still busy and alive and are important social, cultural and also commercial elements of the cities. There was originally a bazaar in Shiraz probably dating back to Buyid dynasty, but it was rebuilt and expanded by the command of Karim Khan and the name was changed to Vakil Mosque. The bazaar consists of many long-vaulted avenues crossed by shorter transepts creating different sections in bazaar like carpet section, food and spice section, handicraft section etc. There are many cafes and restaurants in the bazaar too. 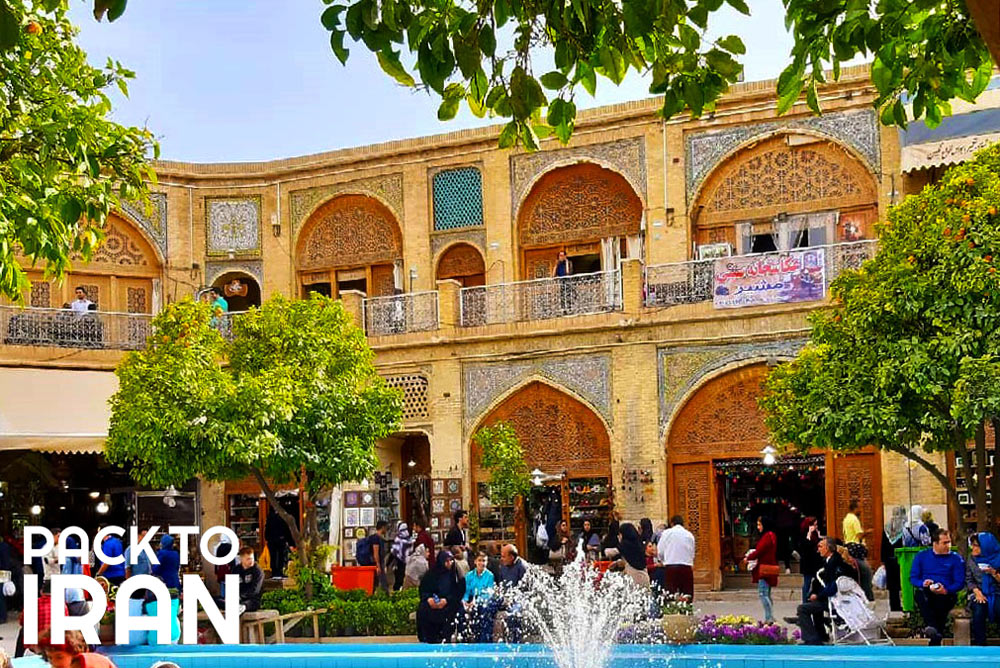 Bathhouses were among the main public buildings in historical cities of Iran like Isfahan, Shiraz, Kerman, etc. and today the Vakil Bathhouse is one of the most significant ones that should be visited in the beautiful city of Shiraz. This bathhouse is 11000 square meters and was built in 1187 Hijri by the order of Karim Khan. Vakil Bathhouse is characterized with its delicate plasterworks showing floral and arabesque decorations and legendary paintings inspired from Iranian tales. Today this bathhouse is used as an anthropology museum, which shows the costumes and the traditions of the locals of Shiraz. 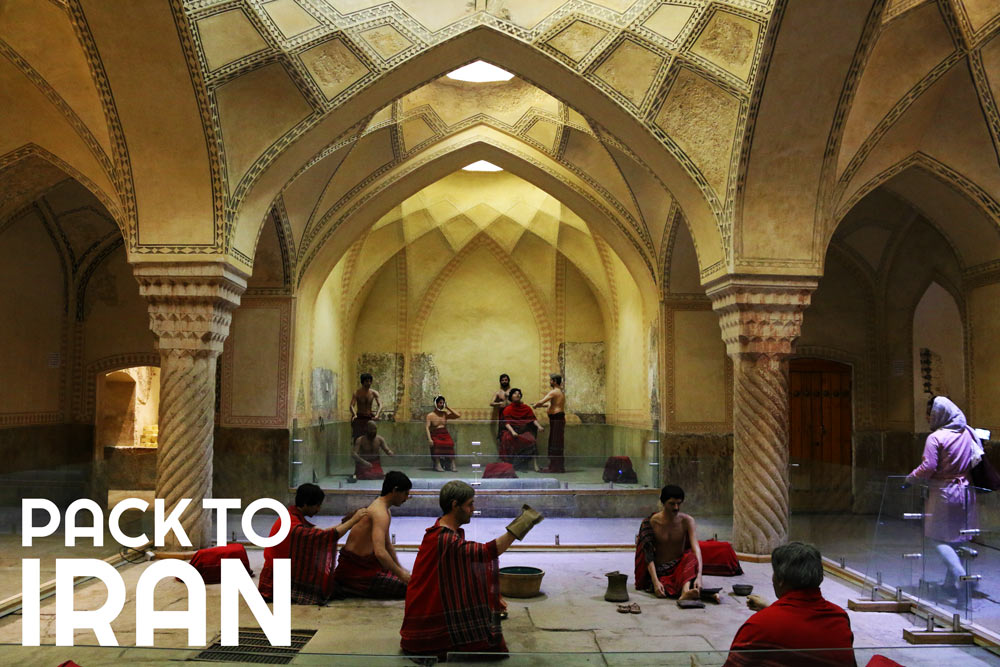 Located by the Vakil Bazaar, the Vakil Mosque was constructed as another part of the Zand complex in 1187 Hijri. The mosque is a two-Shabistan mosque with a stunning architecture with calligraphy inscriptions and amazing tilework. The vast courtyard of the mosque is surrounded by arcades covered with tilework in vivid and bright colors, like yellow, turquoise, pink, etc. The southern Shabistan (hall) of the mosque is 75*36 meters with brickwork vaults and 48 stone made twisted pillars. The Mihrab of this Shabistan is ornamented with Muqarnas and 7-color tilework. 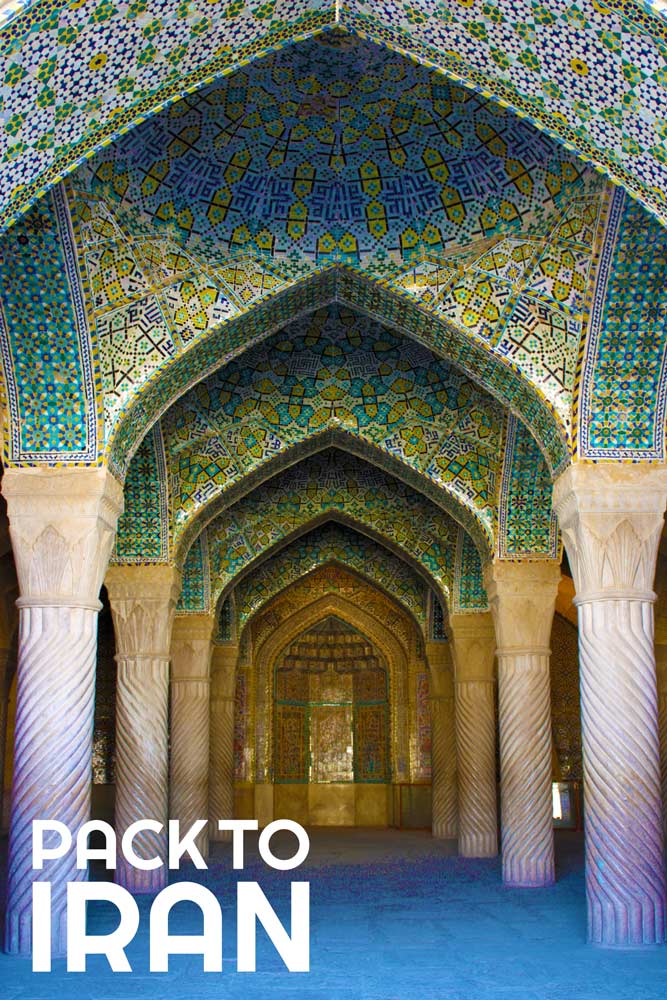 With its green cedar, pine, and bitter orange trees, the lush Nazar Garden is one of the charming legacies left from the Zand Dynasty. This garden and its beautiful pavilion was the administrative garden of the Zand kings, where they received foreign guests and embassadors and held glorious ceremonies. This pavilion is an octagonal building with floral tilework decorations on the exterior and stunning wall painting and Muqarnas in interior. The Pavilion of Nazar Garden was the first museum in Fars Province, and it is a treasury of potteries, paintings, manuscripts, and masterpieces from pre-Islamic and Islamic eras. 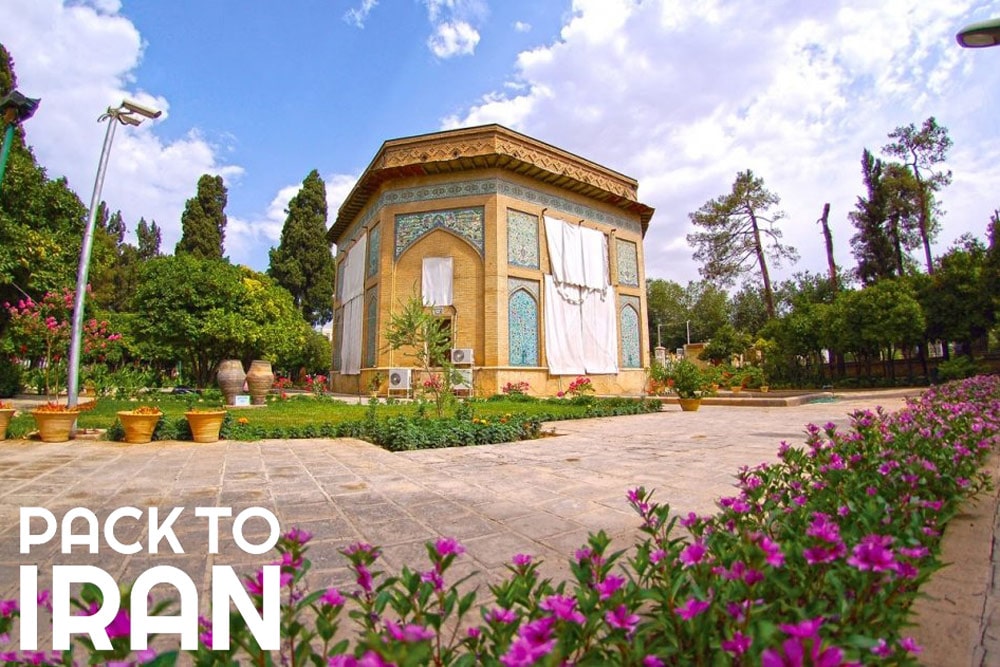 Tips for visiting the Zand Complex

1 0
You can rate this post
Users Rated: 5 From 1 rates
Comments
Tags : Shiraz attractions