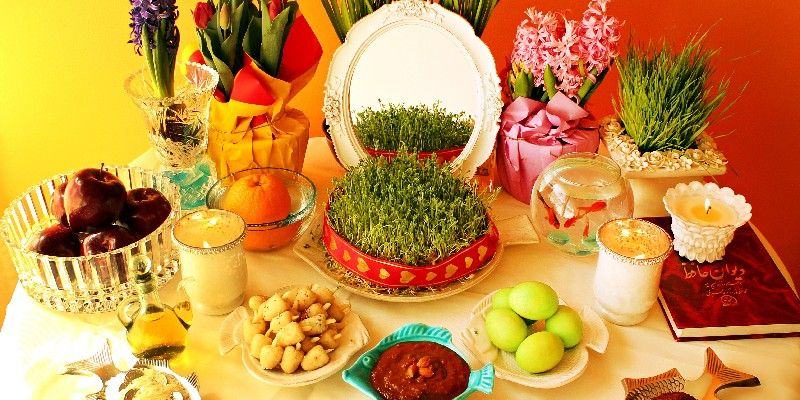 The world UNESCO heritage list includes architectural and artistic masterpieces, cultures and traditions which belong to every single person in the world regardless of nationality, religion, race and borders and it is essential for all governments to make all required efforts for the safety and sustainability of all tangible and intangible heritages inscribed by the United Nations Educational, Scientific, and Cultural Organization. Normally a country with a big number of UNESCO world heritages causes more people to travel to the country as an attractive travel destination. The wonderful land of Iran has the 10th grade among the countries in the world in the number of intangible and tangible UNESCO world heritages and is home to numerous fascinations that leave visitors speechless. Apart from world known architectural masterpieces like the Persepolis or the Golestan palace, or natural wonders like the Lut Desert, the intangible world heritages of Iran which are the representative of a part of world’s cultural roots, which are described below.

Evidence show that Iranians were connected to music since ancient times likes the Sassanid Emperors. Radif of Iranian music is the essence of Iranian music and includes more than 250 traditional melodies passed from one generation to the next during centuries. These melodies come in figures named Goosheh which are neatly arranged and tuned.

Literally meaning condolence and expression of grief, Persian Ta’zieh is a dramatic and symbolic art which show the religious events, legends and folk mythical stories like the martyrdom of Imam Hosein, the third Shiite Imam. Each Ta’zieh Show includes main elements like poem, music, and movement. The art of Ta’zieh in Iran which is originated from the Soog-e Siavash, the ancient Persian legend, is aimed to spread the moral values like sympathy, dedication, and patriotism.

Zoorhaneh rituals or Varzesh-e Pahlevani is a traditional system of heroic sports which was used for training warriors in Persia with elements from pre-Islamic cultures like Zoroastrianism and Mithraism and the spirituality of Shia Islam and Sufism. These traditional athletic movements include martial arts, calisthenics, strength and music and happen in traditional gyms named Zoorkhaneh (house of strength).

Bakhshi music of Khorasan is a collection of folkloric poems, songs and music played by the locals and Kurd and Turk immigrants living in the north of Khorasan Province in the northeast of Iran, and is divided into three parts of Asheghha, Bakhshiha and Lutiha. The word Bakhshi means a person Who is blessed by God and is a title referred to the music players, singers, and the craftsmen who produce instruments in this area. Bakhshi music of Khorasan includes a music played by instruments like Dotar, and narrative singing.

Carpet weaving is one of the main arts in Iran which is famous all over the world and Fars Province is one of the most significant carpet weaving areas in Iran. Fars Province is home to a big population of Lur and Turk nomads. In each tribe the women are in charge of designing and weaving nomadic carpets with abstractive and symbolic motifs and colorful strings which are dyed with natural dyes and herbs. Women and their daughters spend a lot of time each day on weaving carpets on horizontal looms with symmetrical knots, while they sometimes picture their nomadic life stories, wishes and fears on the carpet they weave.

Kashan which is a city in central Iran in Isfahan province, is another important carpet weaving center in Iran, were fine Persian carpets are produced. Kashan is known for its urban carpets with very delicate designs and motifs, including well-formed spirals, flowers, leafs and sprouts, and animals like gazelle, deer, lion, etc. More than half of the people living in Kashan are busy with a job related to carpet weaving and most of them are women. The carpets in Kashan are woven with asymmetrical knots.

The word Lenj is derived from launch boats which is built in southern Iran in Khuzestan, Bushehr, Hormuzgan (Qeshm Island), and Sistan o Baluchistan provinces which are located by the Persian Gulf. Lenj boats play an important role in life of the people of south as it is used for pearl hunting, sailing, and cruising. Iranian sailors build Lenj boats according to the exact position of sun and moon, the depth of water and weather forecasts. While building a Lenj the workmen sing traditional rhythmic songs which makes this tradition is even more amazing.

Iranian literature contains numerous stories and legends which are sometimes passed through generations by story tellers. Naghali is the art of performative and dramatic story-telling which is performed by a person called Naghal, who are familiar with narration technics, traditional music and oration as very good entertainers. These performances used to take place at cafes and teahouses in the cities and the black tents among the nomads.

Ghalishooyan is a very special religious tradition held in Ardehal town of Kashan in memory of Sultan Ali one of the descendants of Islam. This tradition is held every year on the second Friday of Mehr month on Persian calendar. On this day, the participants hold a long stick and wash a piece of carpet in a fountain, while they mourn for the martyrdom of Sultan Ali.

Nowruz (Nowrooz) is the most important Iranian celebration which is held every year on March 21st (Farvardin 1st) which is the first day of spring according to the Persian calendar. The exact antiquity of this ritual is not registered evidences show that it traces back to 1st millennium BC. Nowruz, which is the celebration of nature is characterized by Haft seen which is found in every Iranian house on this day and includes seven symbolic items starting with letter S or س   in Persian, like apple, vinegar, coin, etc. Nowruz is also celebrated in other neighbor countries like Afghanistan, Turkmenistan, and Uzbekistan.

Cooking Lavash bread is an old tradition in Iran and neighbor countries like Armenia, Azerbaijan, and Kazakhstan. Lavash is a thin and tender bread which is 3mm thick and in Iran it has other names like Taftoon bread or Tanoori bread. This bread is cooked in traditional bakeries and is served with best Iranian cuisines like kebabs, and Abgoosht.

Chogan is a team game which is played on horse and with music. Since Chogan was played by the kings as a luxurious and royal game in which they could examine the strength of their horses, its antiquity traces back to a long time ago, during the Achaemenid Era. The zenith of Chogan in Iran was during the Safavid Era (16th-17th century) when they played in in the Naqsh-e Jahan Square of Isfahan.

Kamancheh is an Iranian string instrument. Crafting the Kamancheh instrument out of wood and playing music with it is an old art in Iran. In some historical books about Persian music this instrument is mentioned as Robab. This instrument is recognizable in the paintings on the walls of the royal Chehel Sotun palace. Mr. Keyhan Kalhor is a world known Iranian Kamancheh player.

Dotar is the oldest string instrument in Iran and the Middle East. This instrument has been pictured in ancient inscriptions from thousands of years ago, and it has been mentioned as Tanboor in historical books written in Pahlavi (ancient language of Iran). Dotar has two strings and has a deep pleasant sound. Today north and east of Khorasan, east of Mazandaran and the lands where Turkmen tribes live, are the centers of playing and crafting Dotar.