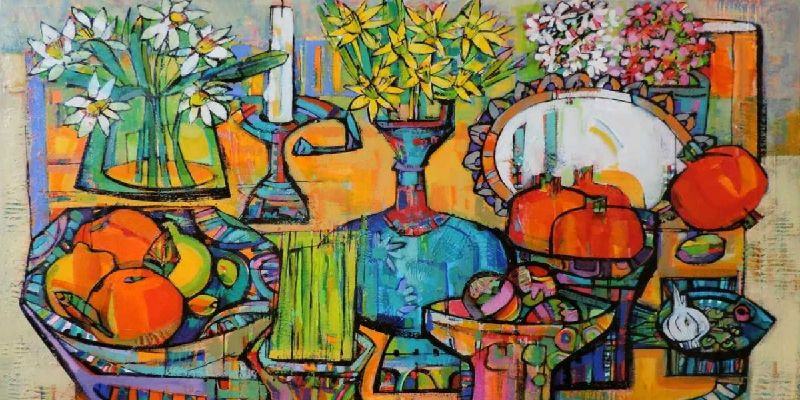 Celebration of spring, rebirth of nature, Persian New Year festival, Nowruz is the most important Persian ritual which is delivered to us from the ancient civilizations and deep-rooted Iranian legendary beliefs.

Dating back to the 6th century BC with roots in Zoroastrianism, Nowruz (Norooz, Noruz), which literary means the New Day, is the Iranian New Year Festival celebrated on Farvardin 1st or March 21st. The amazing fact about Nowruz Celebration is that it has been celebrated exactly on the start moment of vernal equinox in the Northern Hemisphere (the first day of spring), since ancient times. According to the Persian Mythology, Nowruz is attributed to Jamshid the legendary Iranian King, and the return of spring is the symbol of rebirth and the victory of good over evil and light over darkness. This spiritual and symbolic rite is celebrated in some other countries such as Azerbaijan, Tajikistan, Afghanistan, Iraq, India, and some other countries through which the ancient Silk Road once passed. On 2009, Nowruz was inscribed as an intangible cultural heritage by UNESCO.

The History of Nowruz

No one knows the exact history of Nowruz. Some historians belive that this ancient celebration is originally related to Babylon, which is 538 BC, when Cyrus the Great invaded Babylon. It is also said that since Mithraism Era, Iranians had great celebrations like Mehregan, and they started to celebrate Nowruz, as the most important ritual influenced by Babylonians. Although no inscription related to Achaemenid Era mentiones Nowruz, other pieces of evidence show that Achaemenids celebrated this day, and Cyrus the Great announced Nowruz as the national celebration on 538 BC. During the reign of other Achaemenid kings Nowruz was celebrated in Persepolis, the ceremonial city of the Achaemenids. By the order of Darius the Great, a golden coin was made in honour of Nowruz (416 BC).

In Iran, greeting Nowruz starts from the first days of March, when the family members go into a serious spring-cleaning mode, named “Khaneh Takani”, literally meaning shaking the house! They clean the dust and grime from every corner of the house and get rid of their unnecessary objects to start the new year clean and neat.

Samanu is a traditional sweet, which is served on Nowruz to symbolize fertility. This pudding which is made of wheat sprout is cooked 3 weeks before Nowruz and the ritual is named “Samanu Pazoon”, which means cooking Samanu. This is usually held in the old family members’ house and it takes an overnight to be cooked.

Chaharshanbe Soori or the Festival of Fire

Being related to Zorostrian culture and believing in the holiness of fire, Chaharshanbeh Soori is held on the last Wednesday night of the year. After the sunset, people light fires and jump over them, singing: “Zardi-e man az to, sorkhi-e to az man.”, which asks the fire to remove the paleness and weakness and grant them its warmth and energy.

On the day of Nowruz, families set aside a space for a Haft-Seen Table. The phrase “Haft Seen” literally means ‘seven Ss’ and this table is a collection of items that all start with the letter (س) or ‘S’ in Farsi, and they symbolize a different hope for the new year.

Sabzeh: Wheat or lentil sprout or grass - symbol of rebirth

Senjed: Dried fruit from a lotus tree - symbol of love

Based on region and traditions, some families put other objects like the holy book, mirror, colored eggs, an alive goldfish, etc. on this table.

And then the family members gather around the “Haft Seen” table and wait for the new year moment, wishing for a happy new year.