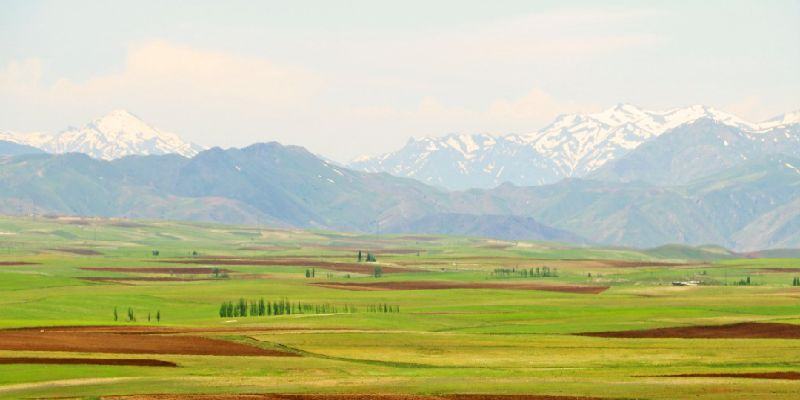 Sizdah Bedar is another Iranian festival related to the nature, which is held every year on 13th of Farvardin, the first month on the Persian calendar, and marks the end of the two week Nowruz holiday in Iran.

Rituals in Iran are based on national events, religious beliefs of Islamic Era, and ancient ceremonies. Among Iranian rituals, most of the ancient Iranian ceremonies are mystical and seasonal rites and are related to the connection between human life and nature, like celebrating the start of spring as Nowruz (new year), or cherishing the warmth and light of sun on the longest night of year, the Yalda Night, or appreciating the generosity of mother earth for a good harvest. Sizdah Bedar is one of the most significant Iranian festivals which is related to the nature and is held every year on 13th of Farvardin, the first month on the Persian calendar, and marks the end of the two week Nowruz holiday in Iran.

Nowruz, the Iranian new year festival is all about celebrating the rebirth of nature on first days of spring and cherishing the sprout of plants and without any doubt this ancient celebration should be finished with a final celebration of nature, named Sizdah Bdear, literally meaning “thirteen outdoor on Farvardin 13th” which is April 1st or 2nd on the Gregorian calendar. Iranians spend this day camping in the nature and enjoying the fresh weather and the pleasant sunlight of spring, while enjoying the company of friends or family members, dancing, playing music, barbequing and playing some outdoor games.

There is no evidence available to specify the exact history of Sizdah Bedar festival, but we know that this ritual has roots in ancient Iran history and legends. According to the Persian legends, Jamshid, the king of Pishdadian Dynasty, started to celebrate the thirteenth day of Nowruz by gathering on green fields and accepting guests for several years in a row so that celebrating this day (Sizdah Bedar) in the heart of nature would become a public ritual among Iranians. Also, a similar ritual named “Zagmug” which was held in the heart of nature is mentioned on Sumerian and Babylonian (neighboring civilizations) inscriptions and help historians in proving the 4000-year antiquity of Sizdah Bedar.

Contrary to popular belief, Sizdah Bedar is not celebrated in order to defeat the unluckiness of the 13th day, and this number was not unfortunate in ancient Iran. In fact, 13th of Farvardin was the start of the second half of the crop year and people spent this day in their gardens and farms to cherish “Tishtar”, the goddess of rain and water by singing songs, dancing, and serving foods.

Some symbolic rituals are performed on Sizdah Bedar day, like:

Giving back the green sprout to the nature

Iranians believe that keeping the green wheat sprout (Sabzeh), that they grew before Nowruz to put on their Haftseen Table, for a long time will cause bad luck and it should be taken back to nature. Therefore, they take the Sabzeh from home to the nature on Sizdah Bedar day and at the end of their picnic they leave it in the middle of green plains or they give it to a running river. This tradition is also a symbol of offering gifts to Anahita, the goddess of water. It also refers to an agricultural ritual which Iranians used to plant different seeds before Nowruz and see which one grows more until the end of this festival, and they chose it as their crop for the following year.

To tie a knot of grass

According to the creation myth of Iranians, keyumars is the first human and the first king of Pishdadian Dynasty, and Mashya and Mashyana were his children whose procreation continued the human race. Since no marriage ritual was invented, Mashya and Mashyana celebrated their marriage by knitting to green branches of a plant named Mord. This tradition was symbolically continued by ancient Iranians for thousands of years and is transferred to the current age. Today, making a tie with grass and hoping for their inner desire to come true is an important part of Sizdah Bedar and has roots in this mysterious and beautiful ancient legend. On this day, young girls and boys tie grass and wish for a good partner or even a good job, and young married couples wish for a baby.

Sekanjebin is an old Iranian sap made of honey and vinegar. This sap is sometimes served as a sherbet and sometimes as a sweetener in some Iranian desserts, but the most special combination is Sekanjebin and lettuce! On Sizdah Bedar, Iranians serve some lettuce with this tasty sweet as a traditional snack.

Learning about rituals, legends and beliefs in lands with ancient backgrounds like Iran gives you a better insight about the history and art philosophy on ground. For example, by learning about rituals in Iran like Nowruz, and Sizdah Bedar and being aware of the importance of elements of nature like water and plants in ancient Persia, visiting Persepolis and its visual and symbolic patterns would go on another level.