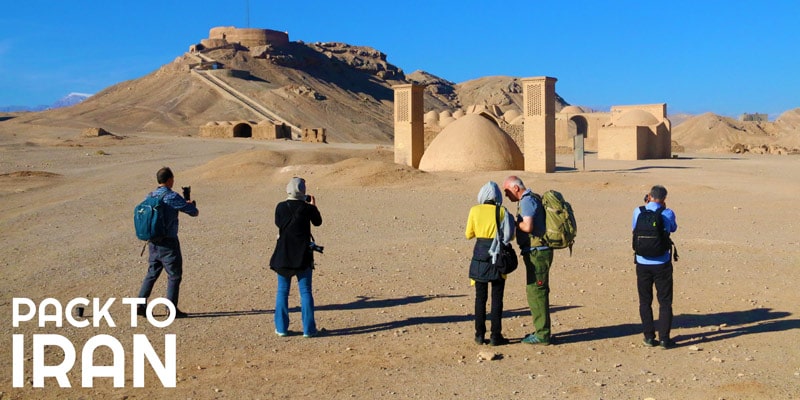 An adventure on the Silk Road

Explore The Silk Road is one of the most unique Iran culture tours that has been designed and operated by PackToIran team. Including the cities through which the ancient Silk Road passed, this tour gives you the opportunity to explore the deserts and caravanserais of this route the way the caravans and voyagers did centuries ago. Here we have shared the report of one of the Explore The Silk Road Tours which will give you a better insight about this adventure.

Dating back to the first millennium BC, Silk Road or the Silk Route is one of the most significant mementos of the ancient world, which was a trade route dragged from China to the Mediterranean, in other words the East, West and South Asia. The Chinese merchants used to trade silk and porcelain with western countries and take wool, gold, silver, and glassware back to the east.

Being located at the center of Asia, Iran played an important role in the creation and connections of the Silk Road since the Achaemenid Period (6th to 4th century BC). In Iran, the Silk Road passed through the northeast cities like Merv, Serakhs, Nishapur and then stretched to northwest like Qazvin, Hamadan, and Tabriz, and the subbranches passed through central Iran and cities like Isfahan, Kashan, Naein, Yazd, Kerman. This historical road had effects on the culture, economy, and the architecture of cities through which it passed, and many of the heritages are still left on this ancient route.

One of our most special tours is Explore the Silk Road Tour which usually attracts travellers who are in love with deserts, endless sand dunes, and historical and oriental atmosphere of old Persia. We operated this tour, which was an unforgettable experience, with a group of 3 men and 2 women from France me Sara, the tourist guide of PackToIran company, and Mr. Hasani our driver, on October 2019.

We met the group early in the morning at IKA Airport of Tehran and after checking in at hotel and taking a rest we did dome sightseeing in Tehran including the National Museum of Iran, the UNESCO listed Golestan Palace, and the Abgineh museum which houses a fantastic collection of historical glassware and ceramics. 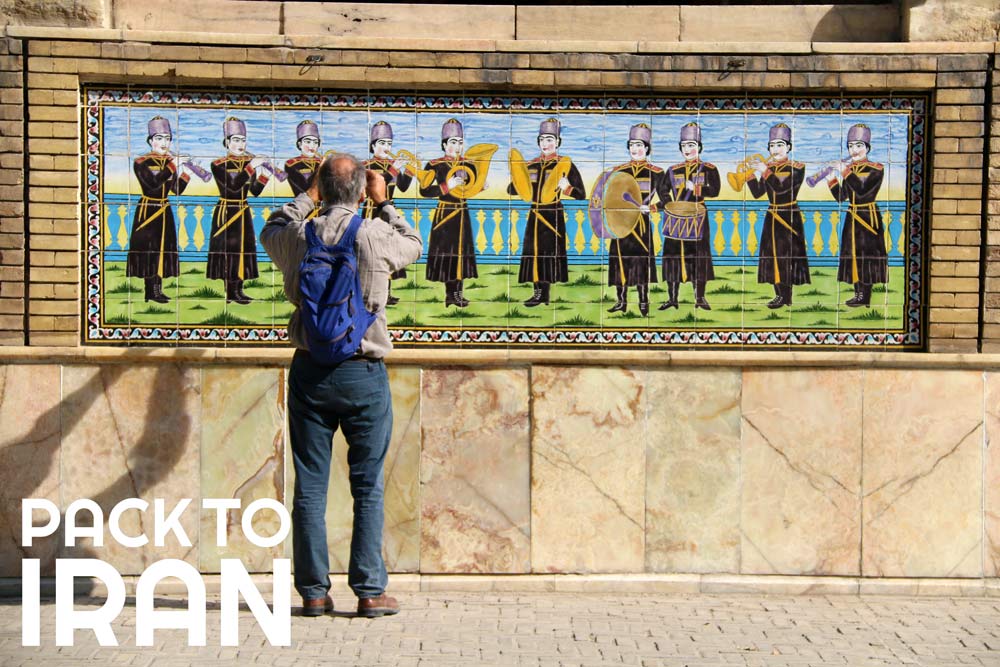 In the morning we started our road trip through central Iran and its scenic deserts. We enjoyed trekking in Maranjab Desert and Maranjab Caravanserai, which was one of the numerous caravanserais built by Shah Abbas on the Silk Road. After watching the sunset, we moved to Kashan and checked in at our hotel in Kashan which was a stunning historical house. 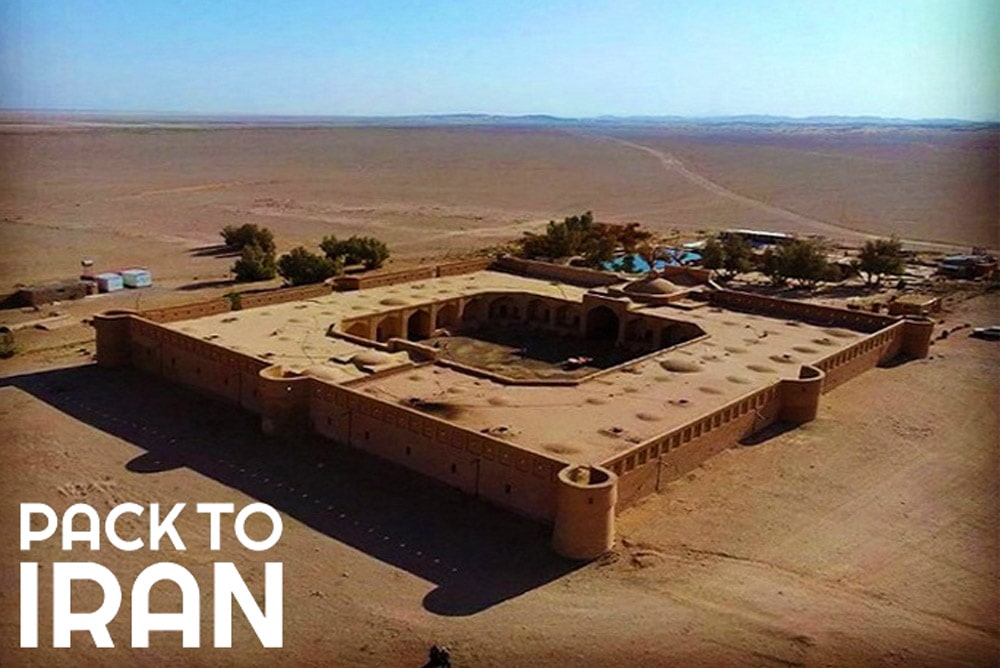 After a good sleep we took a tour of Kashan attractions and then moved to Isfahan. Arriving Isfahan, we visited the historical bridges. The next two days, we visited the top highlights of Isfahan including, Naqshe Jahan Square, Sheikh Lotfollah Mosque, Imam Mosque, Ali Qapu Palace, etc. and also the Armenian New Julfa District. Then we moved to Varzaneh Desert and took a long walk through this scenic desert. Tonight we stayed at an ecolodge in Varzaneh Desert and enjoyed a home cooked dinner with the family hosting us. 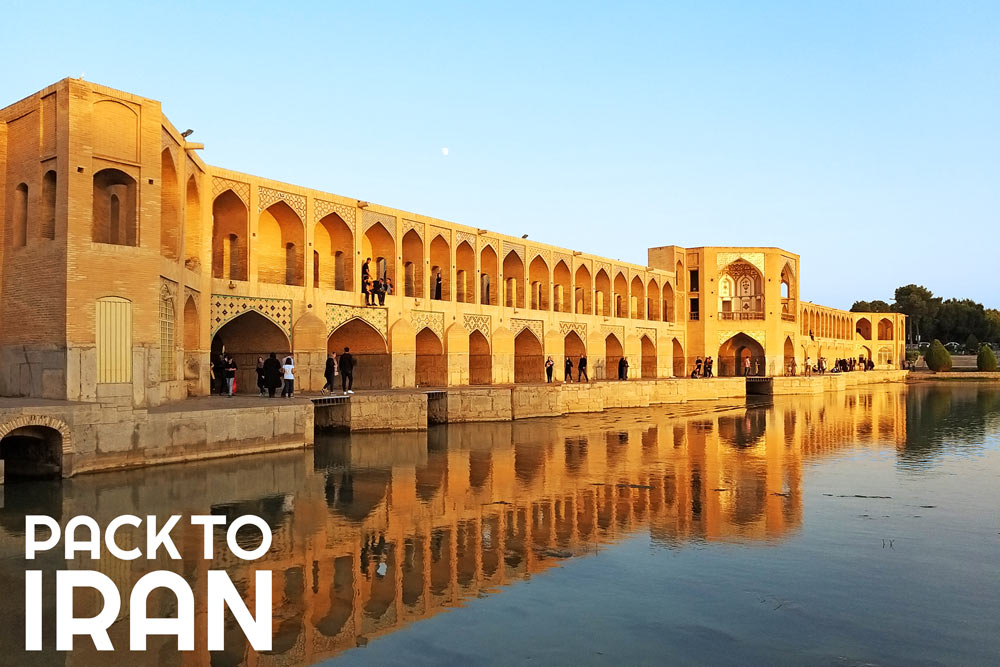 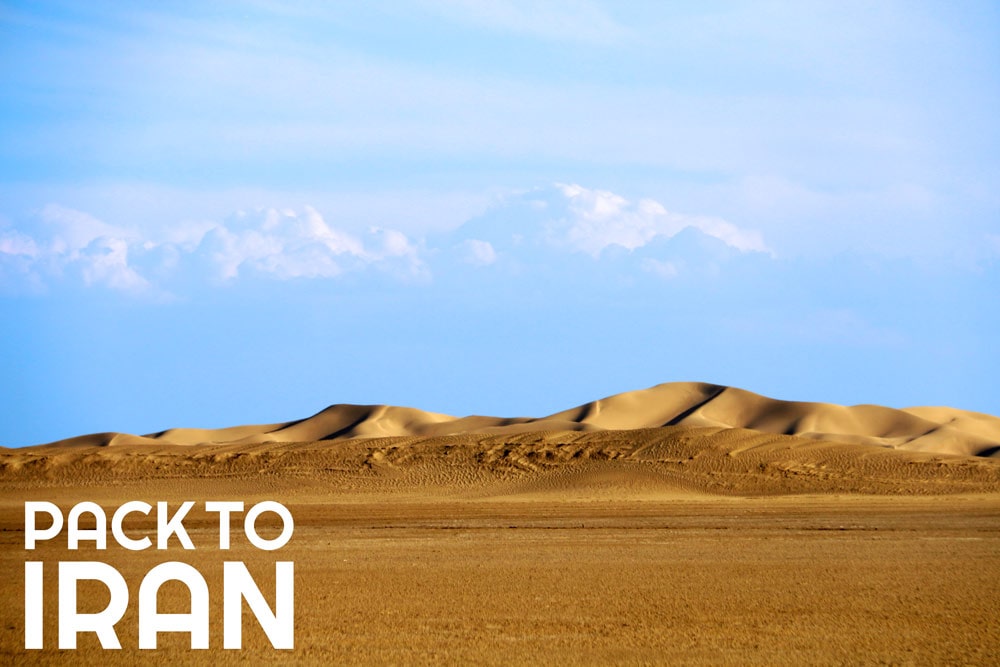 We continued our road trip along the Silk Road and toward the wonderful city of Yazd. On the way we stopped at Naein town and visited the Jaame Mosque and then visited the Chak Chak Temple which is one of the Zoroastrian heritages around Yazd. Before arriving Yazd, we also visited Meybod Town and the Narin Castle which is another historic citadel constructed on the Silk Road. The next day we explored the attractions of Yazd including the Towers of Silence the Fire Temple, the UNESCO listed Dowlat Abad Garden, Amir Chakhmaq Complex, and the Water Museum where the group learnt about the techniques and the tools of transferring water in the desert city of Yazd. The next day we walked through the amazing Historic City of Yazd, and then drove to Zeinoddin Desert, to spend a wonderful night at the historical Zeinoddin Caravanserai, known as one of the most famous heritages of the Silk Route and the only caravanserai in Iran with a round plan. 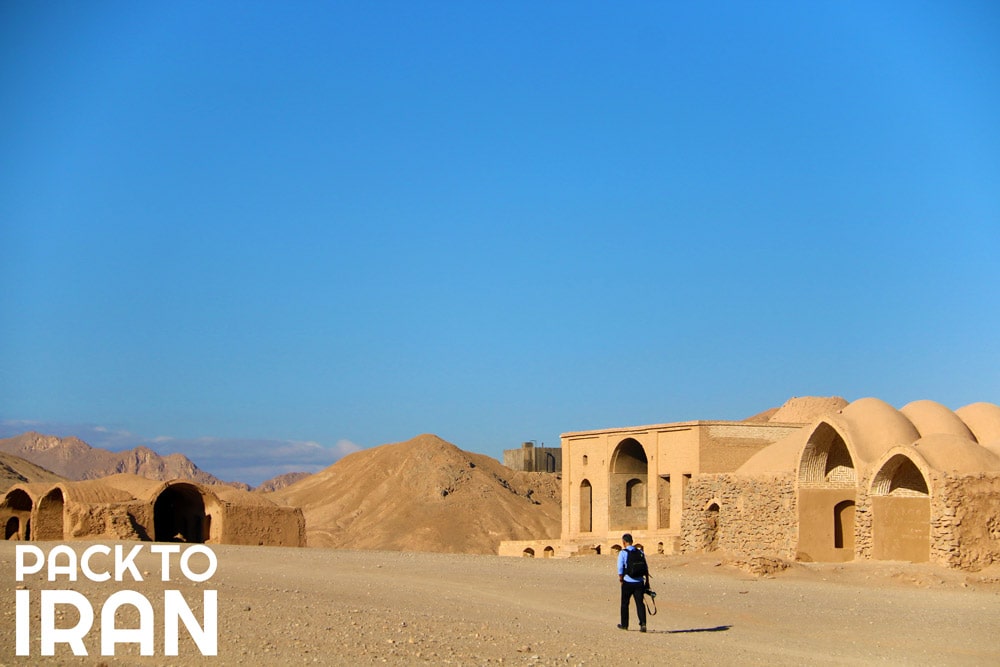 The Towers of Silence - Yazd, Iran 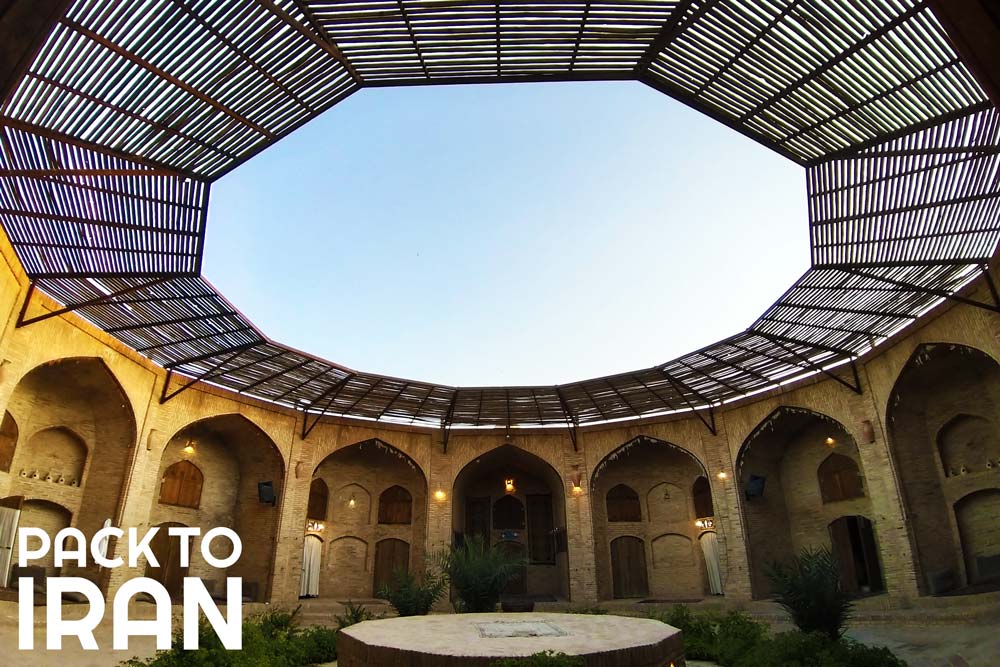 We continued our adventure through the deserts of Iran and moved to Kerman, the fifth historical city of Iran. In the city we visited the Ganjali Khan complex including the bazaar, bathhouse, mint, mosque and caravanserai built during the Safavid Dynasty. The next day we drove to the vast Lut Desert, known as one of the most scenic natural attractions in Iran known for its rock formations and magical starry sky. On the eleventh day, we explored other historical heritages of Kerman Province including the Rayen Castle, the largest adobe castle of the world after the Bam Citadel and one of the most important monuments of the Silk Road, and also the stunning Fin Garden which is one of the 9 fascination Persian Gardens and the Shah Nematollah Holy Shrine, the Tomb of a great Persian poet and philosopher. We spent the night at a lovely traditional hotel in Mahan Town, which is known for its peaceful atmosphere. 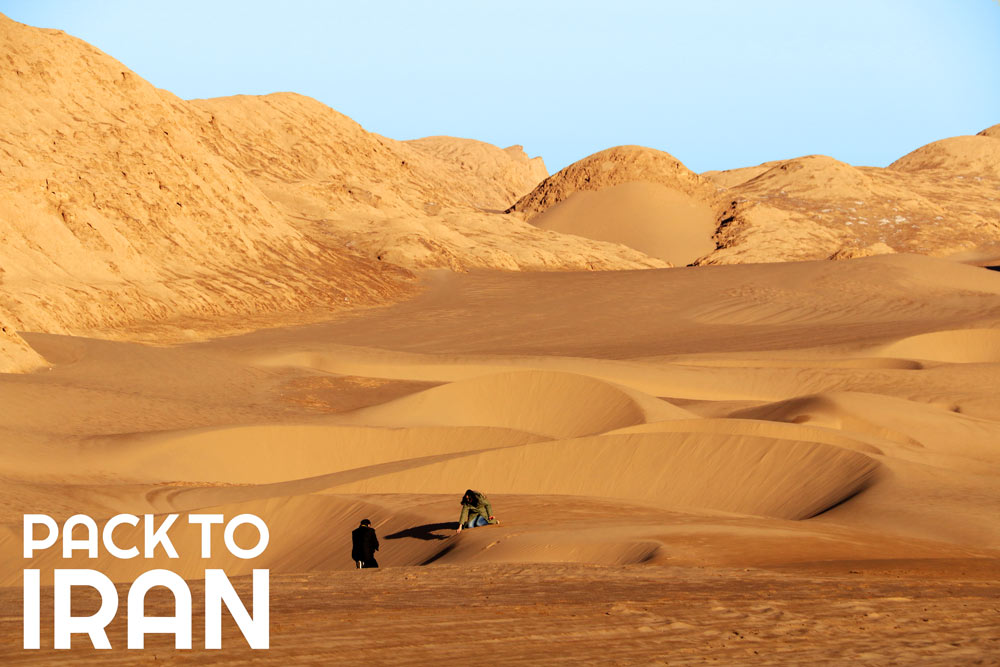 Early in the morning we hit the road for the longest road trip of our trip (570 km) and moved to Shiraz, the city of poetry, lovel, cypress trees and wine. We arrived Shiraz in the afternoon and after checking in at our hotel enjoyed a walking tour in the city. In the morning we started our Shiraz city tour including the charming Nasir al MOlk Mosque known as the “pink mosque”, the lush Naranjestan Garden, Vakil Bazaar, and Tomb of Hafez, the great Iranian poet. The last day of our tour was spent on visiting the most glorious ancient monument in Iran, the Persepolis. After driving back to Shiraz we had our last dinner at a restaurant and the next morning we transferred the group to Shiraz ITL airport for their flight back home. 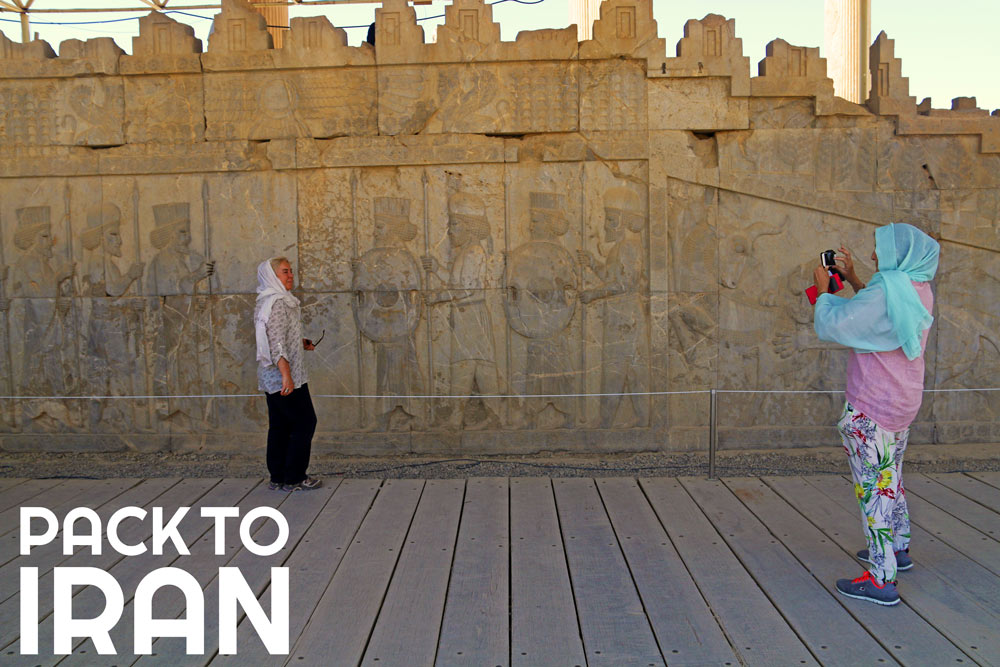 For booking this adventurous and unique Iran tour, contact us on our website and get the best offers for autumn 2021.