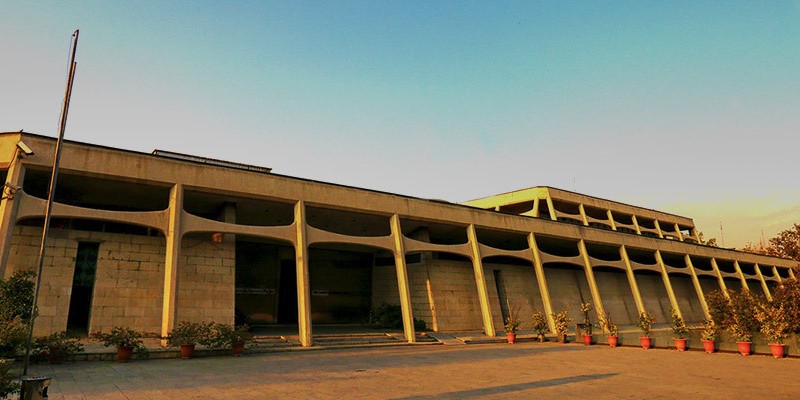 The Carpet Museum of Iran

The Carpet Museum of Iran is one of the most special museums of Tehran, where exquisite and eye-catching pieces of Persian carpets from all over Iran are Kept.

When it comes to carpets, the diversity, mesmerizing patterns, and the ancient background of Persian carpets are the first thing that come to mind. Handwoven wickers and felt rugs are among the crafts first men created in Asia and the Iranian Plateau, where carpets and rugs say a lot about the legends, myths, culture and the folk beliefs until today. In this region, carpets have always been like a canvas on which the primitive artists have painted their dreams, fears, and conceptions of their environment and even the promised Garden of Eden. That is why the orientalist and travelers pay attention to this handicraft as an important aspect of Iranian culture, art and even history.

In 1947 the great archeologist Professor Rodenko and his team found a piece of knot rug while excavating the graves of Scythians nomads in the heart of Altai Mountains. The antiquity of this rug named the Pazyryk Rug dates back to 2500 years ago and is one of the most important sources of the history of carpet weaving in the world, which is kept in the Hermitage Museum. The patterns on the margin of this carpet is similar to the Achaemenid motifs in Persepolis and the ornaments of bronze objects of Lurestan. According to the similarity of motifs and the weaving technique of the carpet, some archeologists believe that Pazyryk is originally a Persian carpet.

According to the history book named Tarihk- Tabari, carpet weaving was continued as a royal art during the Sassanid Era and it is characterized by a fantastic piece of rug known as the “Baharestan carpet” or Bahar Khosrow (the spring of Khosrow). Although this carpet is now lost but it is believed that it was a very large carpet ornamented with pieces of precious jewelries and was used to cover the royal hall of Taq kasra in Ctesiphon.

The Ardabil Carpet is another piece of Persian carpets which is a great source in history of carpet weaving and is one of the finest carpets and is among the top 50 art masterpieces in the world. Originally there were two pieces of identical carpets which were woven during the kingdom Shah Tahmasb the Safavid King (1514-1576) for Sheikh Safi al-Din Khanegah and Shrine Ensamble which was his ancestor’s tomb. This eye-catching carpet is woven with silk warp and weft and woolen knots and is known for its delicate design including a central Turanj (medallion) surrounded with spirals and flowers and a margin with frames. This great carpet is now kept in Victoria and Albert Museum of London.

The Carpet Museum of Iran is one of the best places where they can see a wide and rich selection Persian carpets and learn a lot about the long story of carpet weaving in this region. Located on the north side of Laleh Park in Fatemi Street of Tehran, the beautiful building of the Carpet Museum of Iran, which covers 3400 meters in square, is a contemporary architectural masterpiece itself which was designed by the great Iranian architect Mr. Farmanfarmanian and opened in February 1978. The abstractive exterior of this construction represents a vertical carpet weaving loom and is beautifully in harmony with the content of the museum.

This Museum is home to the most precious and stunning carpets of Iran from the 9th century Hijri to present and is a rich resource of study for researchers and art lovers. Usually around 135 pieces of nomadic and urban carpets including knot rugs, Jajims and kilims from the most important carpet weaving regions of Iran like Kashan, Kerman, Isfahan, Tabriz, Khorasan, Kurdistan, Fars Province, etc. are exhibited in the hall of the first floor. With different sizes, varied colors and patterns each carpet shows a token of the culture from every corner of the vast country of Iran. These carpets are related to different times from the 9th century Hijri to the current century. The second floor is a hall where unique carpets, like the historical carpets of Safavid Dynasty, are exhibited temporarely.

The library of the Carpet Museum is a great source of information with 3500 books about the history, geography, and the origin of Iran carpets in different languages like Persian, German, Arabic, English, French, etc. which helps the researchers and art lovers in studying the world of Persian carpets. This library also has a complete collection of documentaries and slides about Iran carpets and handicrafts which are played in the museums theater hall.

Learning about Iranian handicrafts especially the Persian carpets and getting fascinated by the skills of the artists and craftsmen is an inseparable part of travel to Iran. Here in Iran you will see different steps of creating a piece of Persian carpet, from shepherding the herd for the wool, to weaving carpets by the women of different ethnic groups, to luxurious or simple carpet shops in different cities like Isfahan, Yazd and Kashan. Therefore, visiting the Carpet Museum of Iran during the first days of your trip in Iran will give you an insight about Persian carpet, this artistic aspect Iranian culture.