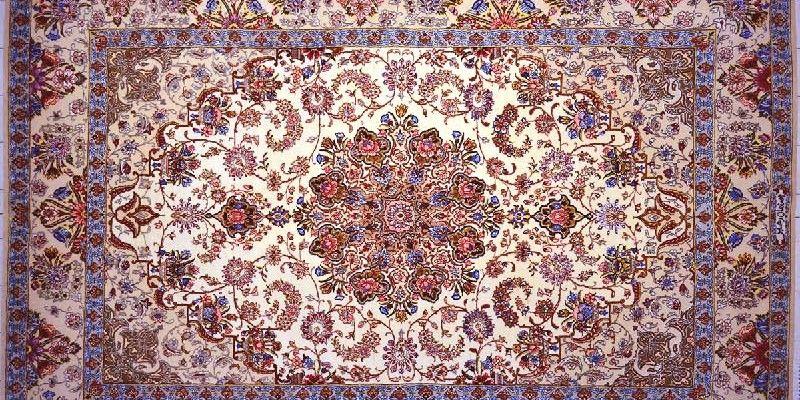 June 10 marks the World Handicrafts Day and celebrates the skill of artists and the glamour of handicrafts produced with time-consuming processes all around the world. The World Handicrafts Council, which is a non-profit and non-governmental organization, was established by the United Nations Educational, Scientific, and Cultural Organization (UNESCO) and 90 countries have joined it to develop the fellowship and economic of craft-related activities.

With rich culture and history and various sources of natural materials like wood, gemstone, dying plants, etc., Iran has been home to numerous handicrafts and arts like weaving, painting, pottery, etc. since ancient times. In every city and village, there are craftsmen and women busy with making local handicrafts that are representative of the area.

Carpet is the most important Iranian handicraft which is known worldwide and comes in different styles of city carpets, village carpets, and tribal carpets and various types, including rugs, kilims, Jajims, Gabbeh, and felt rugs. With 2500 years’ antiquity, Iranian carpets are the symbol of paradise and the Garden of Eden on the ground and the motifs are inspired by nature. Many cities and villages of Iran have carpet production and some of the best types of Iranian carpets are Tabriz rugs, Kerman rugs, Isfahan rugs, Qashqai, and Bakhtiari tribal rugs.

The paintings in the caves of Lurestan show that the first men living in the Iranian Plateau expressed their feelings by paintings and this was continued during the next millennia and centuries. Iranian painting is called miniature and is a small painting usually illustrating the religious and mythical Iranian tales of books. Persian miniature was flourished during Timurid and Safavid dynasties.

Pottery and the invention of the pottery wheel were among the most vital steps in human cultivation and Iran is home to numerous pieces of pottery from ancient civilizations like Susa, Sialk, and Jiroft and ceramics left from Seljuk, Timurid and Safavid eras. Today pottery is still an important Iranian handicraft and Hamadan, Meybod, Shahreza are the pottery cities in Iran. The word pottery and pot have a special place in Persian literature and poems.

Iranian architecture is known for its eye-catching ornaments especially tilework. The most amazing tile works are related to the Safavid Dynasty when the wonderful mosques of Isfahan were covered with heavenly beautiful blue tiles. During Qajar Dynasty new colors like yellow and pink were added to the Iranian tile works. The royal Golestan Palace of Tehran and the Nasir al Molk Mosque of Shiraz (known as the pink mosque for its tiling) are the best samples of Qajarid tilework.

Khatam Kari is the art of covering and decorating the surface of wooden objects with pieces of wood, bones, and metals that have been cut into tiny and delicate triangle shapes to create a surface of different geometric shapes in different colors. Shiraz and Isfahan are the centers of Khatam Kari in Iran.

Ghalamkar or Qalamkar is a type of textile printing using hand-carved wooden stamps to cover the textile with oriental and Iranian motifs and designs, including flora and fauna, arabesques, geometric designs, hunting scenes, Persian calligraphy, etc. These delicate and eye-catching ornaments and designs are usually derived from Persian carpets and tile works. The antiquity of Ghalamkar dates back to Qaznavid Dynasty and Isfahan is the center of this handicraft.

Termeh is a handwoven Persian cloth made with fine wool fibers. It is said that weaving Termeh in Iran dates back to Achaemenid and Sassanid eras. This textile is known for being covered with Botteh design which is one of the most ancient motifs in Iranian arts. Yazd is the center of producing Termeh in Iran. 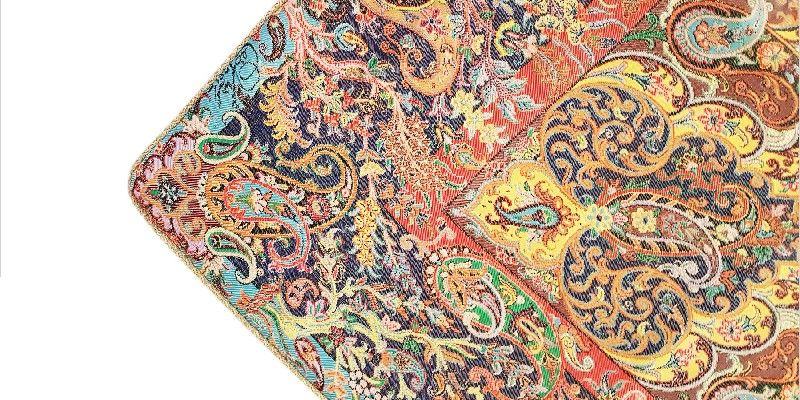