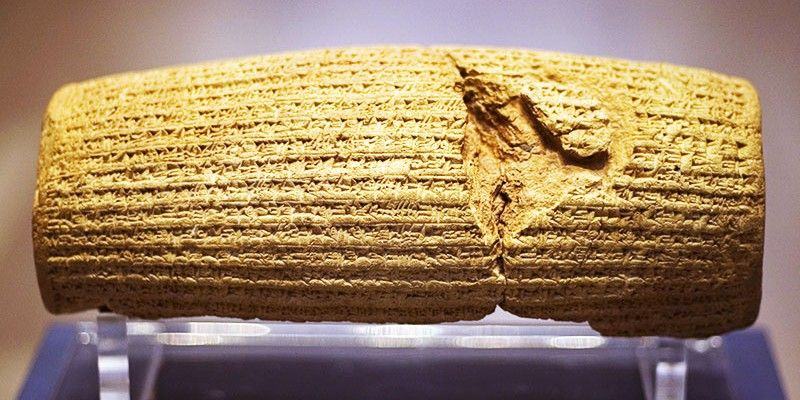 With its rich history, Iran is home to some of the oldest civilizations in the world, which is the reason why travelers who are keen about learning history travel to this ancient land, to explore the pre-historic and ancient monuments and find out about the history of Iran as one of the most important civilizations of the world.

Geological and natural evidence have proven that Iran was home to one of mankind’s first major cultures, ahead of every part of the world except Mesopotamia, Egypt, and India. The early history of Iran may be divided into two phases:

1- The prehistoric period begins with the earliest evidence of humans on the Iranian plateau (100,000 BC) and ending roughly at the start of the 1st millennium BC. Iranians were probably the first to cultivate the wheat and dates and to tame camel and sheep. The existence of rich mines in Iran can be an indication that metal was excavated and processed in Iran during this period. By approximately 6th millennium BC, village farming was widespread over much of the Iranian plateau.

2- The period of the Achaemenian Dynasty (6th to 4th century BC), when Iran entered the full light of written history. The civilization of Elam, which centered off the plateau in lowland Khuzestan (southwest of modern Iran), is an exception, as the written history began there as early as it did in neighboring Mesopotamia (3000 BC). In the late 4th and early 3rd millennia, a brilliant ancient culture came into existence on the Iranian territory. Elam – the land of Gods- with the ancient city of Susa as their capital, included more than Khuzestan; it was a combination of the lowlands and the immediate highland areas to the north and east. Elamite strength was based on an ability to hold these various areas together under a coordinated government that permitted the maximum interchange of the natural resources unique to each region. Traditionally this was done through a federated governmental structure. The golden period of the Elamite Dynasty was around 1500 to 1100 BC, when the famous king of Elemites, Untash Gal founded the city of Dur Untash (modern Chogha Zanbil), one of the wonders of the ancient architecture. Finally, the Elamite was destroyed by the Assyrians in around 639 BC. and later they became one of the states subjected to the Persian Empire.

The coming of the Aryans

At the beginning of the Iron Age the Indo-European, who had migrated to Iran from Central Asia, rose to be the dominant force on the Iranian Plateau. By the mid-9th century BC, two major groups of Iranians appeared in cuneiform sources: The Medes and the Persians and the Medes were the more widespread. The Medes started their kingdom in Iran around 728 BC and ruled until 550 BC when Cyrus the Great overcame them and founded the Persian Empire.

In a campaign lasted for less then two years Cyrus the Great took Elam, Media, and Lydia, and then his biggest victory was the conquest of Babylon in 539 BC. The golden period of the Persian Empire was during the reign of King Darius the First (521- 486 BC) when the Achaemenid Dynasty reached its largest extent. The Achaemenids were defeated by Alexander the Great in 330 BC. After Alexander’s death, his generals divided his Empire among the three of them. Iran passed on to Seleucus and he founded the Seleucid Dynasty (323- 247 BC).

They were originally one of the Aryan groups of immigrants who had moved to the Iranian plateau and settled down in the northeast of Iran. The Parthians were among the first to revolt against the Seleucids and were led by two brothers, Arsaces and Tiridates.

Mithridates is considered as the founder of the Parthian empire.

The Sassanid Empire was founded by Ardeshir Babakan after he overcame Artabanus V of the Parthian Empire. Under Ardeshir’s successor, Shapour I, the Sassanid Empire extended from the Indian Punjab to the eastern border of Cappadocia in Anatolia. The Sassanids chose Zoroastrianism as the official religion of Iran.

the magnificent and glorious Sassanid empire was defeated to the Muslim Arab army in 651 and a new era started in the history of Iran. The Umayyads and then the Abbasids were the first Muslim Arab dynasties ruled over Iran, but gradually local Iranian dynasties started to rise over the country such as Tahirids in the northeast of Iran and Saffarids in the southeast. Then these small dynasties were succeeded by more organized and bigger dynasties such as Samanids and Buyids, both of which are famous for bringing fruition to the Iranian renaissance.

The Ghaznavid Dynasty was of Turkish origin. It was founded by Saboktakin, a former Turkish slave recognized by Samanids as governor of Ghazni (today in Afghanistan) in 962. During the reign of Saboktakin’s son named Mahmud, this dynasty reached its zenith. King Mahmud encouraged the use of the Persian language which had been less used after the conquest of Iran by Arabs and the famous national Epic of Iranians, Shahnameh was completed by Ferdowsi the great Persian poet.

Another originally Turkish tribes where Seljuks, who converted to Sunni Islam during the 10th century and arrived in Iranian territory the following century (1037-1200). During the kingdom of Malek Shah, the Seljuk Empire included all of Iran, Mesopotamia, Syria, and Palestine. The Seljuks were great Architectural patrons and in addition to constructing numerous mosques, madrasahs, bridges, and caravanserais they were known for building tomb towers.

Mongol invasion was a disaster for Iran. A lot of cities were demolished and a large number of people were murdered. But later under Persian influence Mongols converted to Islam, Ilkhanid Dynasty established in Iran and they attempted to repair and rebuilt all those places they destroyed during their first attack.

Timur or Tamerlane from Samarkand founded the Timurid Dynasty. Under his son Shahrokh, the Iranian culture began to flourish again, and their capital Herat was turned into the seat of splendid culture and art in history of Iran.

Safavid Dynasty was established by king Ismail I and reached to its zenith during the reign of the king Abbas I. He moved the capital to Isfahan and ordered the construction of lots of monument in his new capital such as the spectacular square of Naqsh-e Jahan and some breathtaking mosques and madrasahs. The Safavids declared Shiite Islam as the state religion.

After the humiliating and disastrous occupation of Iran by Afghans, Nader Shah (king Nader) expelled the Afghans and crowned himself as the king of Iran with the city of Mashhad as his Capital. His ultimate goal was to restore the glory of his country. So, he took his army to India and brought back the fabulous treasures such as the Peacock Throne and two of the world’s largest diamonds, the Mount of Light and the Sea of Light.

After Nader’s murder, the country fell into anarchy until finally Karim Khan Zand overcame his rivals and crowned himself as the king of Iran and he chose Shiraz as his capital.

After Karim khan’s death, Agha Mohammad Khan of the Qajar tribe defeated the last Zand ruler, established the Qajar Dynasty, and relocated the capital to Tehran. The most famous king of the Qajar Dynasty was king Naser Al-Din Shah. He had a long reign, characterized by peace, progress, and prosperity. He was succeeded by his son Mozafar Al-Din who is credited with the creation of the Persian constitution, which he approved of as one of his final actions as a King.

Pahlavi Dynasty was established by Reza Khan the former Qajar minister of war and then prime minister in 1925. He attempted to modernize Iran through some reforms. He was succeeded by his son Mohammad Reza whose reign was ended by the revolution in 1979.

As a travel destination, what attracts most travelers to this country is the history of Iran, reflected on its cultural and historical attractions. Therefore, Iran Culture Tours are usually the most popular tours and the best choice for the first time travelers in Iran. Check out our tours and choose your favorite Iran culture tour or design your own desired tour!