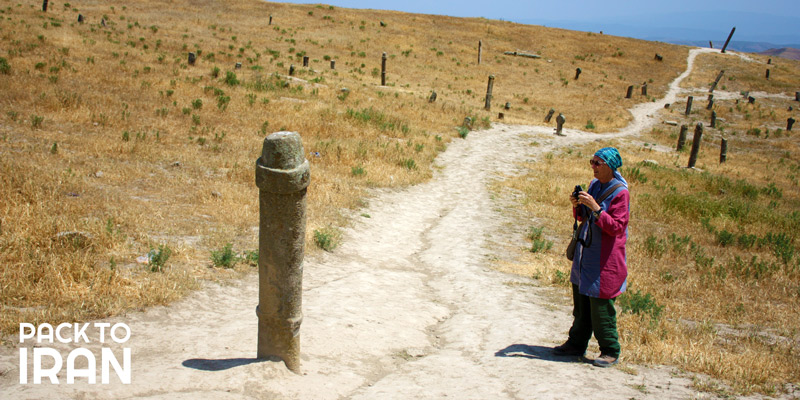 The ancient Khaled Nabi Cemetery is located in Golestan Province in the northeast of Iran, and is one of the most exotic natural and historical attractions in Iran. Read abot this cemetery to find out why:

The Khaled Nabi Cemetery is an astonishing and undiscovered attraction in Iran located in Golestan Province, and is known for its historical value, and the tranquil atmosphere of its stunning nature. Located on the heights of Alburz Mountain Range (700 meters above sea level) in Golestan Province in the northeast of Iran, this complex includes a special historical cemetery and some shrines. Although the Khaled Nabi Cemetery is a remote place, it is now becoming a unique destination for nature lovers. 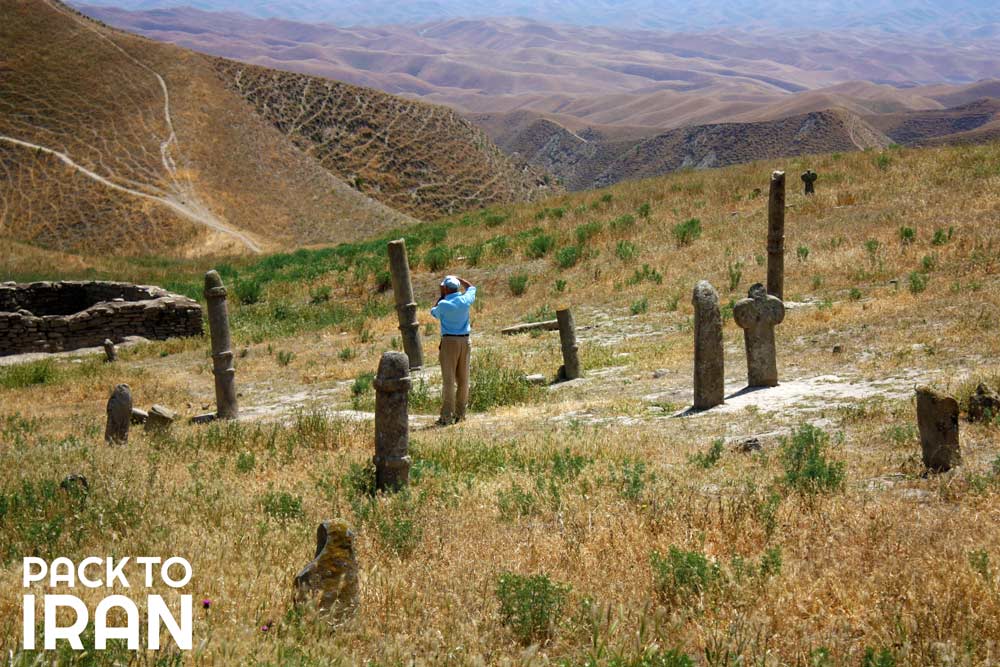 Who was Khaled Nabi?

Khaled Nabi was the last preacher of the Christian religion and is also known to be the last prophet before Muhammad, born 84 years befor him. Based on the history books, Khaled Ibn Sanan was born Nabi became prophet in 530 BC in the land of Aden in Yemen 6123 years after Adam and became prophet in 530 BC. Khaled the Prophet was among the preacher prophets and he made too many journeys because of his duty as a religious preacher. When he traveled to Iran Khosrow I (Anushirvan) was the king of Iran and Zoroastrianism was the official religion in Iran. It is said that the daughter of Khaled Nabi later met Muhammad and became a Muslim.

Located on the heights facing the scenic hills that become covered with velvet freen in spring, the Khaled Nabi Shrine is a roofed construction with a square plan and some windows and a curved door. The windows and doors are made with metal and are all simple with no inscription or ornament. The construction is topped with a small ellipse shaped dome, colored in green. All you see inside the shrine is the simple grave of Khaled Nabi which is 1.5 meters over the floor and has no ornaments or decoration. Around the tomb, there are some rooms where the visitors can stay, a mosque and some water cisterns. The local Turkmens call these water cisterns Ab Laari, which are fed by the rain water and then the water was transferred to their houses through pipes. 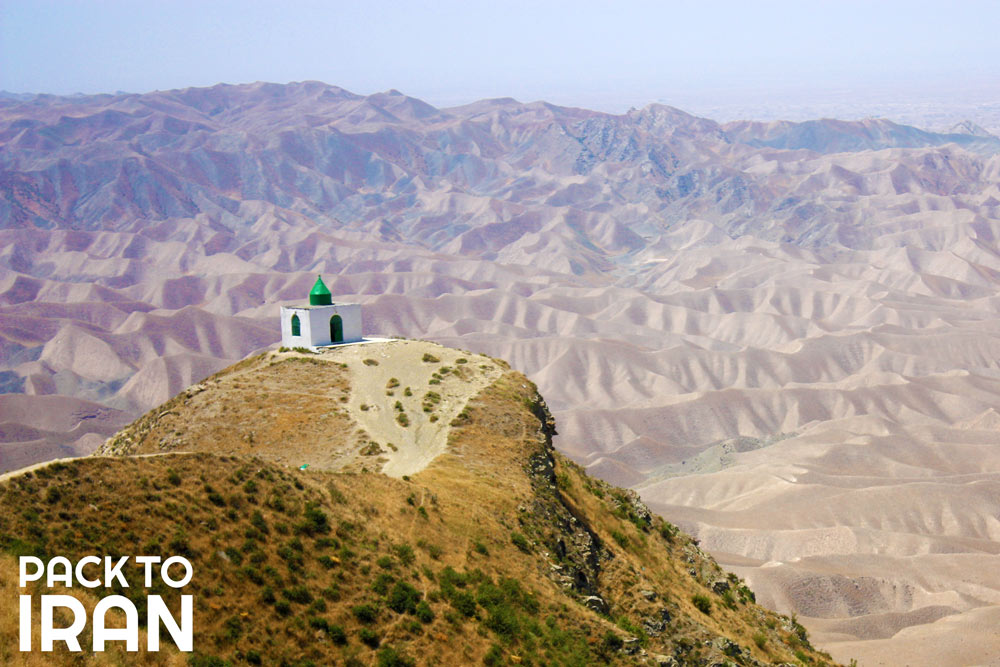 The Choopan Ata Shrine is located on a hill close to the Khaled Nabi Shrine and is the shrine of the man who was the shepherd of Khaled Nabi’s flock of sheep. This shrine is also a very simple construction with no ornaments and only four curved windows. the dome of the shrine has a conic hexagon shape.

This astonishing and special historical cemetery is located near the shrine and includes numerous stone statues scattered on this plain. It is believed that the antiquity of this cemetery goes back to more than thousand years ago (maybe Paleolithic Era), and there were six hundred stone statues, that have special shapes. There are different theories about the meaning of these statues and what they symbolize. Some believe that the big ones are abstractive forms showing men wearing turbans and the small ones are the symbol of women. Some other believe that these shapes are similar to the form of Christian cross. But the most logic theory about the headstones of Khaled Nabi Cemetery is that they are phallics symbolizing men and women genital organs specially men’s body.

Because of being situated on a remote location, the Khaled Nabi Cemetery has been studied a little by the historians and archaeologists, and it was mentioned by Mr. James Baillie Fraser a Scottish travel writer for the first time in his book in 1838. Later in 1981, Mr. David Stronach studied this place and and wrote an article about the Khaled Nabi Cemetery titled “the standing stones in Atrak Region”.

There are some interesting myths about this cemetery told by local Turkmen. One says that the Turkmen used to cover the grave of young passed away men with a white textile and the grave of Khaled Nabi is also covered with such a textile which shows that this man was died young. Another story says that the standing stone statues were the companions of Khaled Nabi, who were suddenly transformed into rocks in order not to get prisoned by the invading enemies. 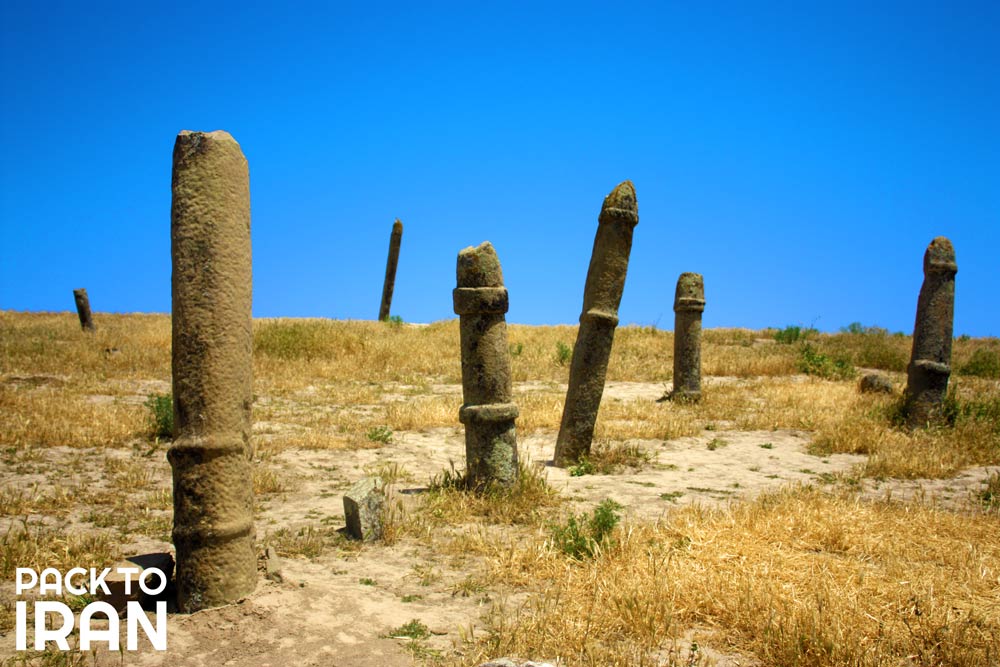 For visiting the Khaled Nabi Cemetery, first you should go to Gorgan, the center of the Golestan Province, and then you need to reach the Gachi Sou Village of Kalaleh Town. Here you will enjoy the scenic plains of Turkman Sahra. The road from the village to the Khaled Nabi Cemetery located on the hills, so you can reach it by car, however many visitors decide to take a 30-minutes light trekking. However if you are interested in visiting this unique and remote place, we highly suggest that you take a Khaled Nabi day-tour and enjoy this place with ease of mind.

The best time of year for visiting this place is in spring when the weather is mild and pleasant and the surrounding plains are covered in green and colourful wild flowers. 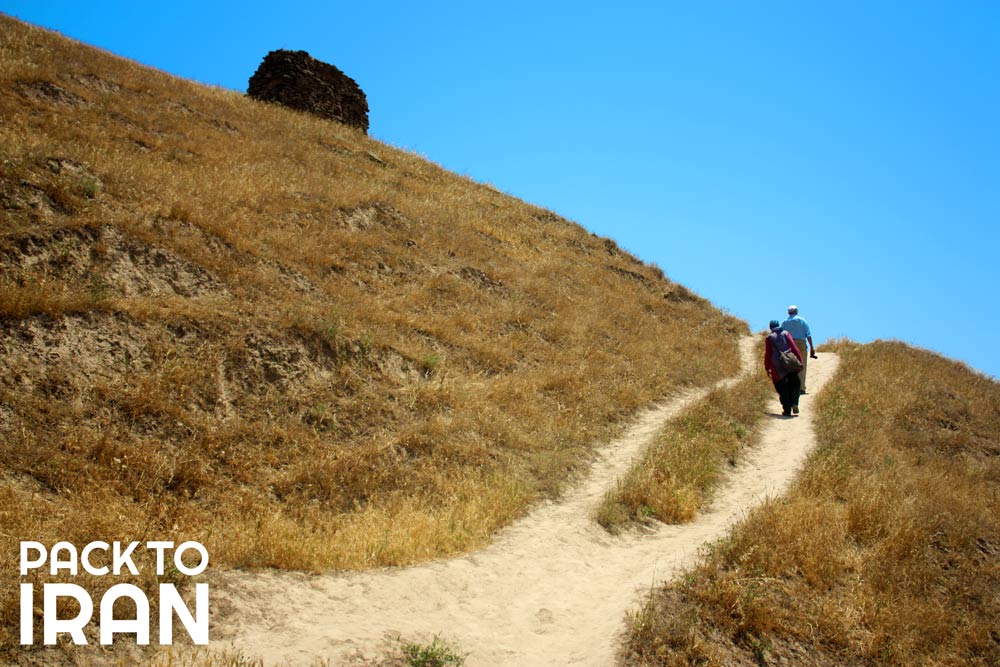