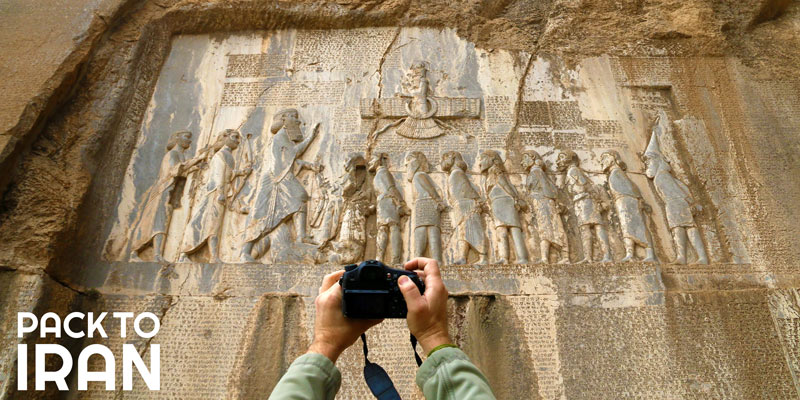 Top attractions to visit in Kermanshah

Located in the west of Iran, Kermanshah is a historical city with amazing attractions and is home to a big population of Iranian-Kurdish people.

Kermanshah is the capital of a province with the same name in west of Iran and is known as the center of agriculture in Iran with a mild and mountainous climate. With a population of 784602 including a majority of Iranian-Kurdish locals, this city is one of the most beautiful Kurdish cities of Iran with warm-hearted and hospitable locals, who speak Kurdish, Persian with Kurdish dialect, or Kalhur Kurdish. Kermanshah was one of the most important cities of Iran during the Parthian and Sassanid era and was on the route of important roads connecting the east to the west and also the road to the Mesopotamia. It was the second throne of the kings during the Sassanid Empire and 4th century and many royal constructions were built in this city during the kingdom of Khosrow Parviz (Khosrow II). During the Arab conquest of Iran which led to the fall of the Sassanid Empire, this city got conquered by the Muslims very soon.

The traditional costumes of the locals of Kermanshah, which is among the most beautiful folk costumes of Iran, dates back to thousands of years ago, like the Kurdish pants which is the same as the outfit of the Parthian kings. The traditional outfits of Kurdish men and women are inspired by the colors in nature and consists of different pieces like long garments, shawls, turbans, etc. Kurdish women wear beautiful accessories made with copper, nickel, and silver.

Because of its cultural and historical attractions and being home to a big population of Iranian-Kurdish people with rich culture and traditions, Kermanshah is one of the unique travel destinations in Iran, usually visited by the travelrs who seek authentic and undiscovered places.

Top attractions to visit in Kermanshah

Bisotun or Behistoun is a historical complex in Kermanshah including many heritages like the Hercules Statue, the Bistoun Bridge, Shah Abbas Caravanserai, the Farhad Tarash, and some caves that proof the existence of humans in this area during the Paleolithic Era. The most important heritage of Bistoun complex is the inscription and bas relief ordered by Darius I the Great which is on the list of UNESCO World Heritage Sites of Iran. This multi lingual (ancient Persian and Elamite) inscription which is carved on lime stone and is 8 meters in 22 meters is one of the most important historical documents of Achaemenid Empire and describes the victory of Darius I over Bardiya (Gaumata), Scythians etc. and introduces all 23 subsidiary nations. The bas relief of Bisotun is 6*3.2 meters and pictures the victory of Darius the Great over Bardiya (Gaumata), nine prisoners standing in front of Darius, and the symbolic picture of Ahura Mazda (the highest deity in Zoroastrianism) on top of the frame.

Taq-e Bostan is another ancient heritage in Kermanshah, and includes some bas reliefs carved on the skirts of a mountain with the same name by a lake. This was a lush place used as a recreational and hunting place which was located on the route of the Silk Road, by the Sassanid kings. The bas reliefs related to the first Sassanid kings are located in Fars Province in Naqsh-e Rostam and the ancient city of Bishapour, while Ardeshir II (379 – 383 AC) chose Taq-e Bostan a place for creating his bas reliefs. Taq-e Bostan consists of two vaults and the most important parts includes the Pahlavi inscription of the Coronation of Ardeshir II related to 380-383 AC, the great vault known as the large iwan which is related to the kingdom of Khosrow Parviz (590-628 AC), and the small vault or the small iwan related to the kingdom of Shapur III (380-383 AC).

Tekyeh is a holy place where Shiite Muslims gather for Muharram rituals and mourning Imam Hossein martyrdom. Tekyeh Moaven – al Molk is one of the top attractions of Kermanshah which was built in this city during the Qajar Era ordered by Hossein Khan Moein-o Roaya. This construction is known for its amazing tilework with rich colors and diverse designs showing floral motifs, historical and religious events and legendary creatures.

Emad o Dowleh Mosque is another attraction of Kermanshah related to the Islamic Era which is located in the heart of the city’s traditional bazaar. This mosque was built during the Qajar Dynasty and its architecture shows the combination of artistic design and spiritual atmosphere. This mosque has four iwans and the southern iwan which is used as the entrance gate, is higher than other three iwans, and has more delicate ornaments. One of the significant elements of Emad o Dowleh Mosque is one of the gates of the holy Shrine of Imam Ali (first Shiite Imam) which is transferred to this mosque.

Things to buy in Kermanshah

Apart from its historical attractions, Kermanshah is known for the diversity of traditional and local handicrafts and souvenirs. Here you can find a wide verity of high-quality and handwoven crafts including kilims, rugs, Jajims, and Namad (felt rug), and also handmade shoes named Giveh which had been widely used by men in whole Iran. Kermanshah is also one of the hubs for creating handmade musical instruments of Iran like Tanboor and Setar.

Foods to try in Kermanshah

You can visit the top attractions of Kermanshah and other Kurdish cities and exotic villages, and get acquainted with the rich culture and amazing nature of Kurdistan region in the west of Iran, on Iran Kurdistan Tour of PackToIran.