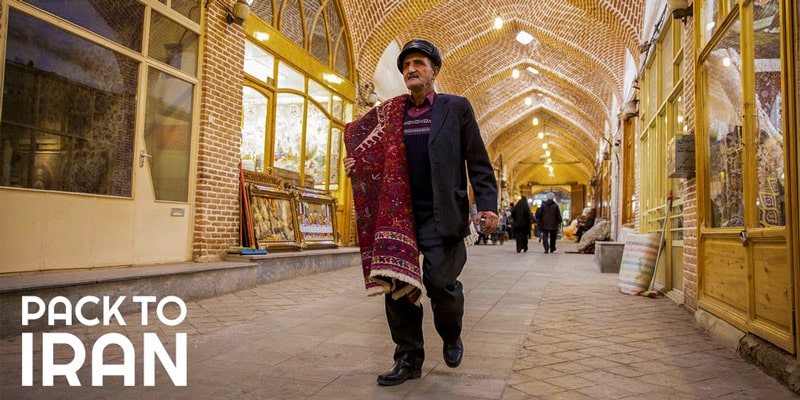 Introduction of Bazaar of Tabriz

Covering an area of about one square kilometer, the roofed bazaar of Tabriz is the largest brick-made construction in the world including 5500 stores, 25 Timcheh (small caravanserais located in historical bazaars), 20 Raasteh (corridors), schools, bathhouses, caravanserais, etc. and is one of the most complete bazaars of Iran in terms of rich Iranian architecture and social-economic importance. More than 40 types of occupations and businesses like carpet shops, leather shops, spice shops, textile shops, are available in the traditional bazaar of Tabriz, where you can enjoy the pure oriental atmosphere of old Persian markets and meet young and old locals busy with trading. Bazaar of Tabriz is also an important cultural hub where religious and national ceremonies like Muharram rituals and Nowruz Festival, are held. 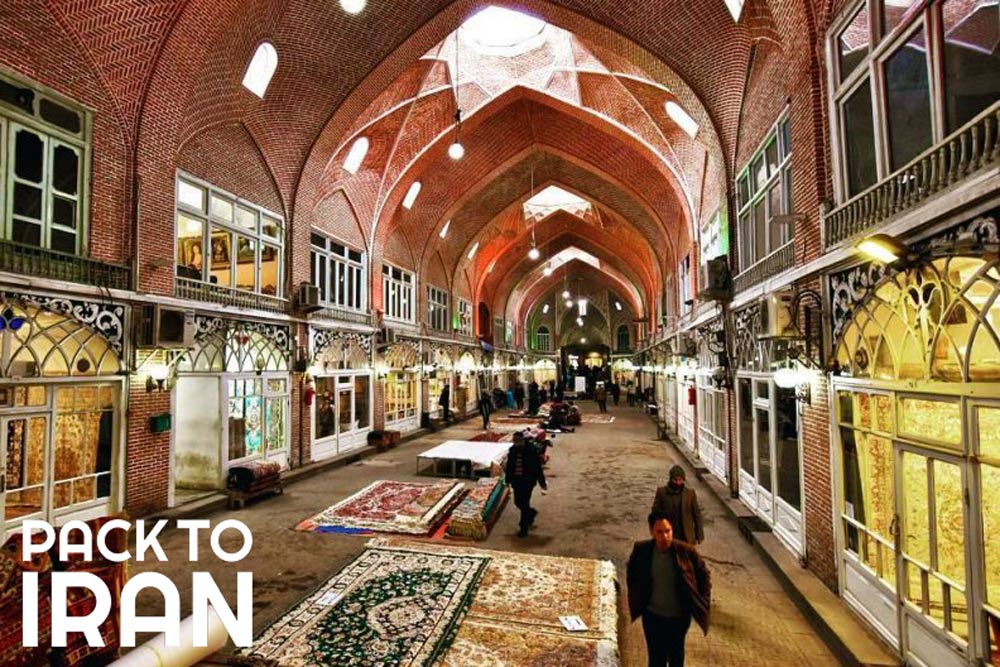 The history of Bazaar of Tabriz

The exact date of constructing the Bazaar of Tabriz is not available, however, this great monument was mentioned in historical travelogues written by voyagers like Ibn Battuta, Yaqut al Hamawi, and Jean Chardin, as a glorious monument and an important economic center. Since the city of Tabriz was located on the route of the ancient Silk Road, many caravans and merchants traveled to this city and made great economic trades and social exchanges. During the Ilkhanid Era, Tabriz was the capital of Iran and this bazaar became even more famous and advanced until Safavid Dynasty when the merchants traveled to Tabriz for trading and exchanging at this booming bazaar. The historical bazaar of Tabriz was damaged several times by earthquakes, but each time it got renovated and rebuilt to be used again as a great cultural and economic center. The current construction of the Bazaar of Tabriz is related to the late Zandiyeh Dynasty and early Qajar era. During the Qajar Dynasty, this market got so important that 30 percent of the trades with Europeans were done in Tabriz. Luxurious textiles, glassware, mirrors, sugar, and metals were some of the goods that Europeans brought to Iran, and silk, tobacco, nuts, and shawls were the goods they took to the west in return. Today, apart from being one of the top architectural attractions and one of the most beautiful bazaars of Iran, it is still one of the busy markets where many businessmen from Tabriz and neighboring cities are busy with traditional dealing and exchanging. 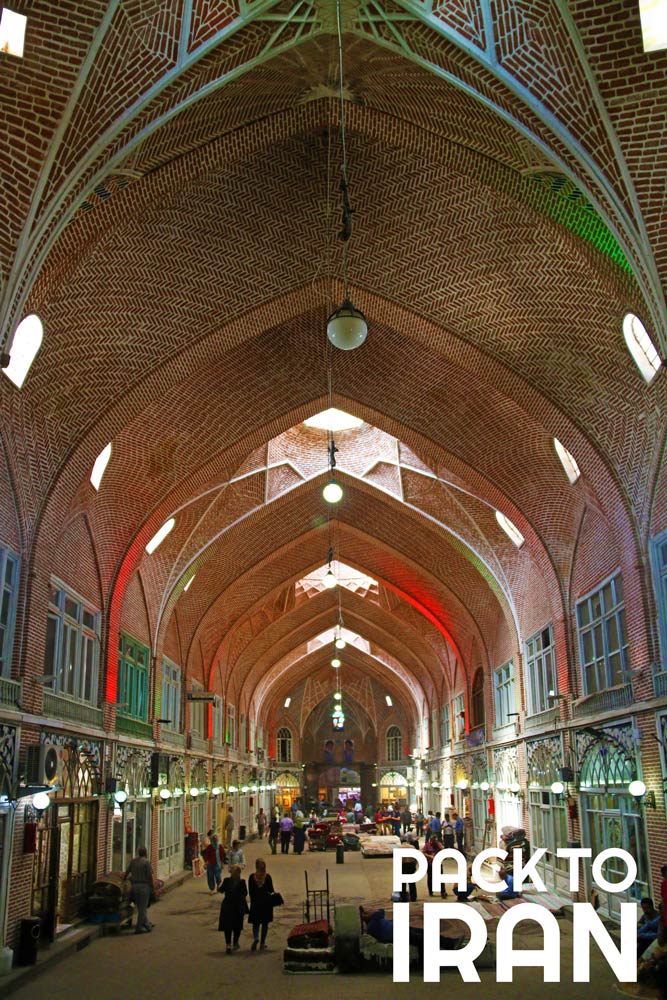 The architecture of Bazaar of Tabriz

The importance of the Bazaar of Tabriz causing it to be registered as a UNESCO World Heritage Site is not only the result of its vastness but also the intelligent use of bricks in making arcs and domes and creating different spaces and atmospheres. The arcs of the ceiling are equipped with small skylights which result in air conditioning and lighting. Also, the thick walls of the bazaar help to keep the temperature of the building warm. The exterior of the monument is designed to be in harmony with the other buildings of the city and shows no significant decorations.

In the Iranian bazaar, each Timcheh is assigned to selling one good and this makes purchasing easier in traditional bazaars. All the Timchehs of Tabriz bazaar are built on 3 floors and have domed ceilings ornamented with stunning brickwork and skylights. Although all Timchehs look the same, each one has its plan and construction. Timcheh Muzaffarieh, which is assigned to selling high-quality Tabriz rugs with delicate designs, Timcheh Amir, where they sell gold and jewelry, and Timcheh Kolah Doozan where you can find traditional woolen hats are among the most famous Timchehs of the Bazaar of Tabriz that should be visited.

In traditional bazaars, Raasteh is a corridor with rows of stores on both sides which is not roofed, however the Rastehs in Bazaar of Tabriz are roofed to keep the building warmer. The most famous Rastehs in this bazaar are Kafashan (shoemakers), Safi, Juma Masid, Yamani Dooz, and Abul Hasan.

Since bazaars were the main core in the historical cities, there were some caravanserais in each bazaar where the travelers could stay. The caravanserais in bazaars are an area surrounded by rooms and stores, and a central courtyard which was used for unloading the goods. The great Amir Caravanserai and Haj Mirza Caravanserai are among the most famous ones.

There are about 12 religious schools like the Talebiyeh Madrasah and 30 mosques in this complex. The Jaame Mosque of Tabriz, dating back to the Seljuk Dynasty is the most important historical mosque of the bazaar.

There are also some historical bathhouses in the Bazaar of Tabriz, like Khan Bathhouse, Ghazi Bathhouse, Mirza Mehdi Bathhouse, and Nobar Bathhouse, which are important monuments in terms of architecture and historical value. 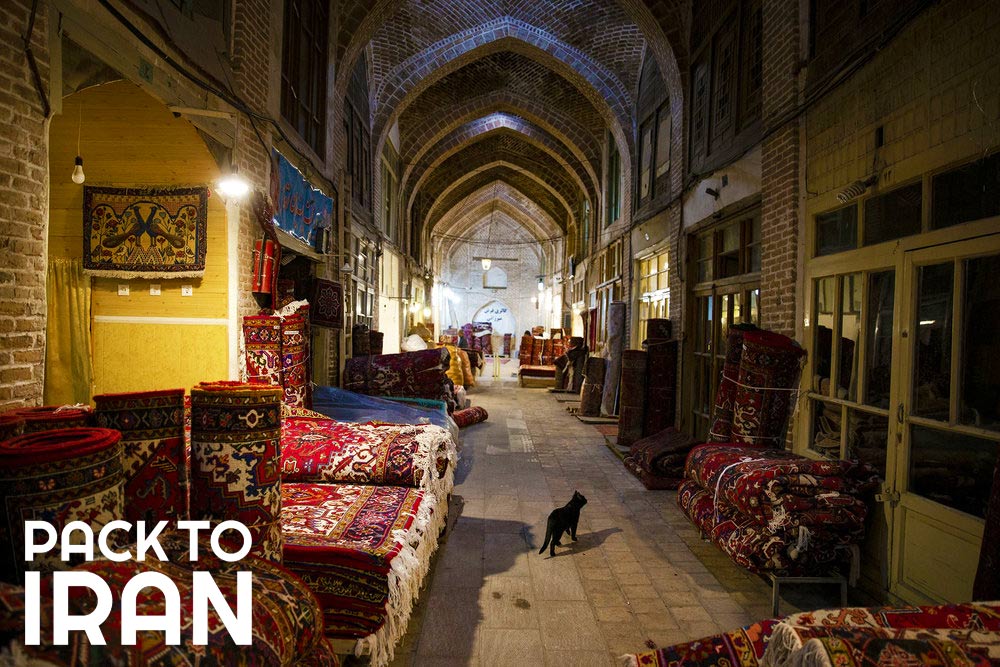 Tips for visiting the Bazaar of Tabriz 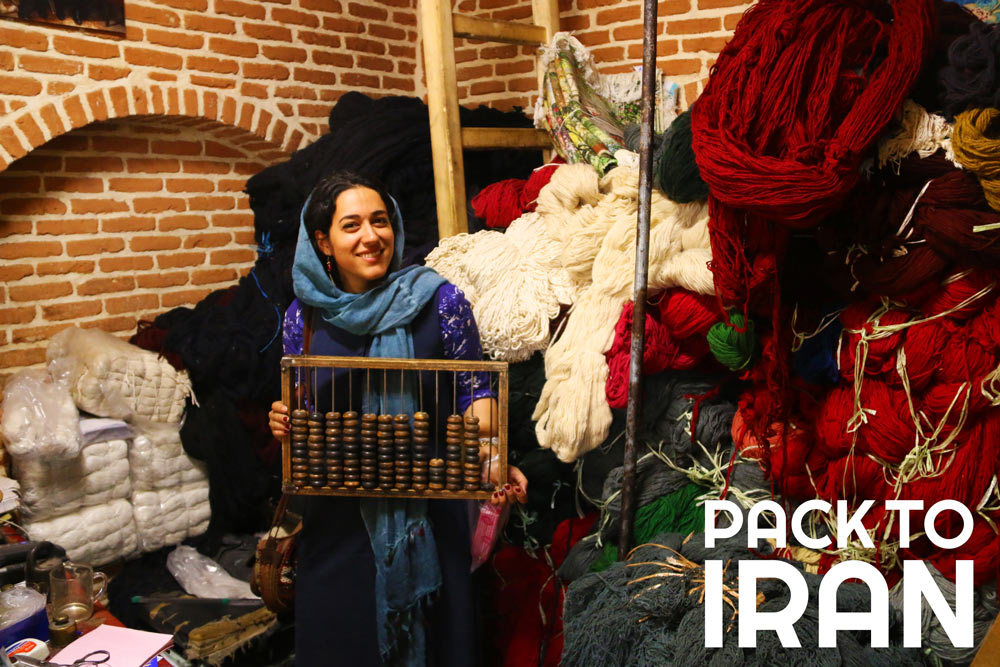