Zoroastrianism is one of world’s oldest religions that is still being practiced. The origin of this religion is Iran and it comes from the teachings and words of Zoroaster, the Persian prophet who live around 1000 B.C. Zoroastrianism was the main religion of the ancient Persian empires like Achaemenids and Sasanids for more than 1000 years, but started to decline after the Muslim conquest of Iran in 7th century. Zoroastrianism is believed to be the first monotheistic religion of humans believing in Ahura Mazda as the only god. Alongside monotheism, other features of Zoroastrianism like messianism and believing in the afterlife, judgment day, heaven and hell, has influenced many of the main religions of humans like Judaism, Christianity and Islam. According to Zoroastrianism, life is always a battle between good and evil and humans with free will, can choose between them, although Ahura Mazda (the wise god) has given them many reasons and gifts to follow the Good and get closer to perfection according to the threefold path of “Good deeds”, “Good words” and “Good thoughts”. 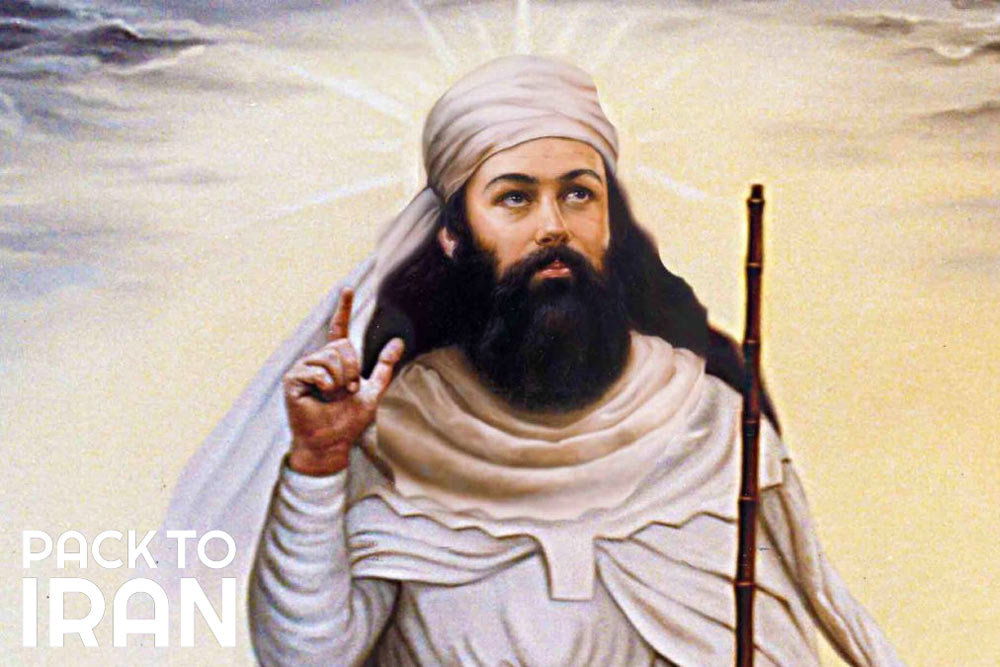 Zoroastrianism is still being practiced today by its followers. The exact population of Zoroastrians of the world is unknown but is estimated between 130000 to 300000 living mainly in Iran and India. From the 7th century onward, many Zoroastrians migrated from Iran to India and formed the Persians community of India. The other countries Zoroastrians live today are Iraq (mainly the Kurds of Iraq), Afghanistan, Pakistan, United states, Canada and UK. The main Zoroastrian cities of Iran are Kerman and Yazd where most of the Zoroastrian population live although there are Zoroastrians living in Tehran, Esfahan and Shiraz.

According to Zoroastrianism, the four elements of life (water, fire, soil and air) are among the most sacred gifts of Ahura Mazda to humans. The four elements that should be respected and never be polluted specially the element of “Fire” as a symbol of the light that god has put inside all humans to find their way towards him. So, the Zoroastrians of the world have built many fire temples all over the world as places for their prayers and religious ceremonies. 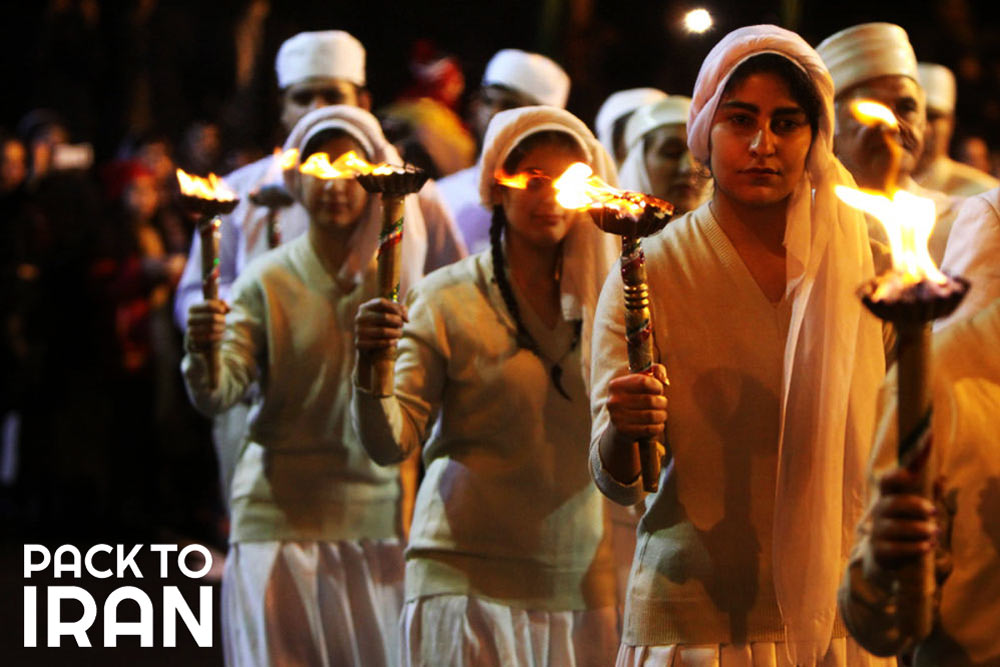 The Zoroastrians of Iran 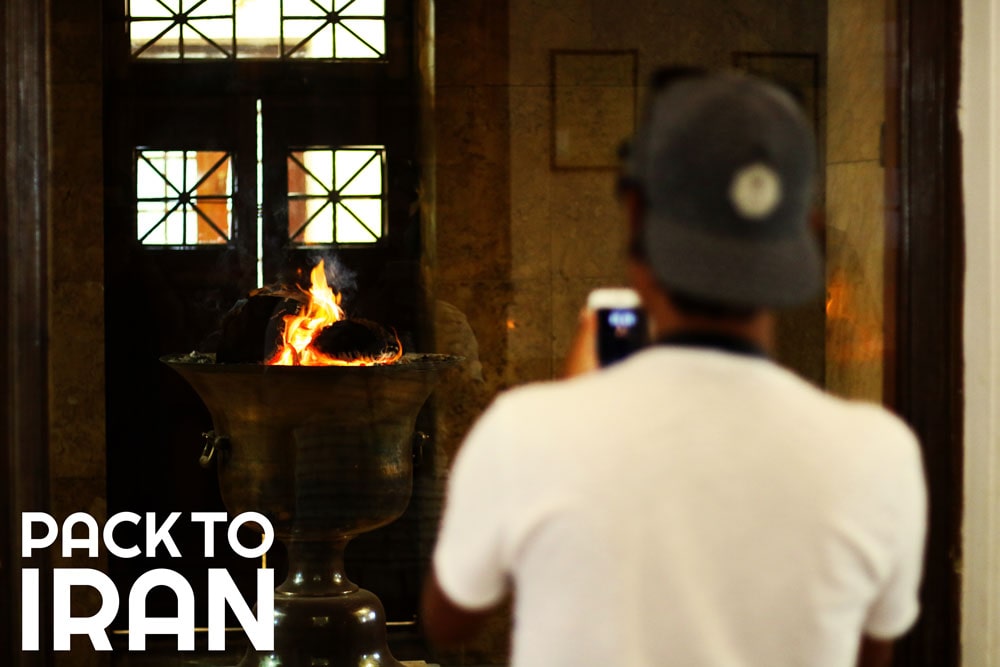 The fire temple main building is located in a garden with mainly ever-green trees like cypress and pine trees (same as other sacred Zoroastrian places). As a Zoroastrians tradition, to put all the four sacred elements together, they built a pool in front of it. In old days, they were building the fire temples near water springs, lakes and streams. The main building is made in Achaemenid palaces style out of bricks, decorated by a large winged man or Faravahar made of tiles. Faravahar is one of the oldest Persian symbols that has been interpreted in various ways and has been a famous symbol among Iranians specially Zoroastrians although its origin is neither Zoroastrian nor Iranian. It originates from ancient Egypt (the winged sun) and Ashur but it was changed in Iran. Zoroastrians believe this is a Zoroastrian symbol designed by Zoroaster himself to explain the path to God and perfection. The sacred fire is burning on a bronze furnace inside a room, separated by a glass wall from the main hall where visitors can go and watch it. Only the keeper of the fire called “Hirbod” is allowed to go in the fire room few times a day to add wood (mainly plum and almond wood) to the fire and remove the ash to keep the ancient fire burning. To do so, Hirbod covers his mouth with a mask to prevent polluting the fire. There are inscriptions from Avesta, the main book of Zoroastrians, hanging on the walls of the main hall in both Farsi and English. These are the words and teachings of Zoroaster for Zoroastrians. 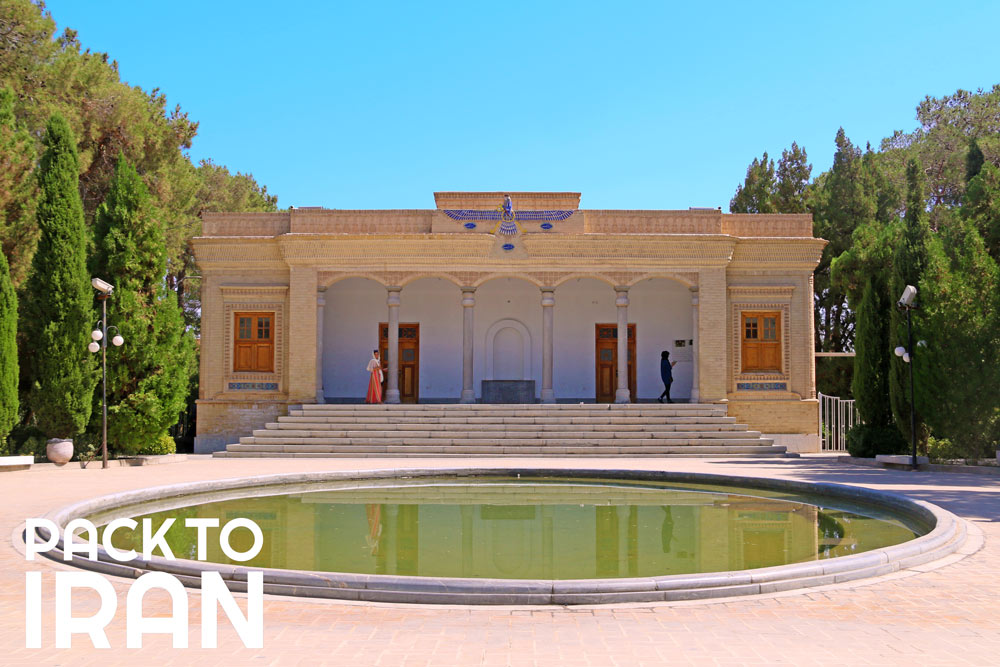 Other parts of the Fire Temple of Yazd

There are other sections in the fire temple of Yazd. At the left side of the main building, there is another hall with explanations and photos about the Zoroastrianism and Zoroastrian traditions like marriage and their celebrations. In the basement of this hall, there is a photo gallery about Zoroastrians and their traditions and also an underground water reservoir. 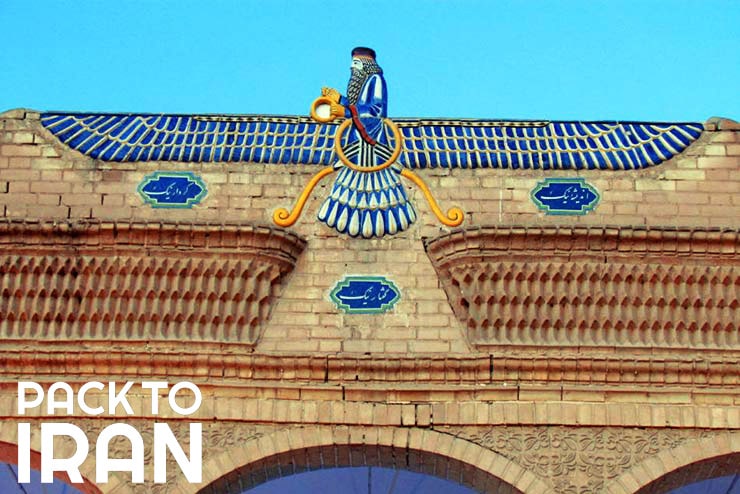 Tips for visiting the fire temple of Yazd 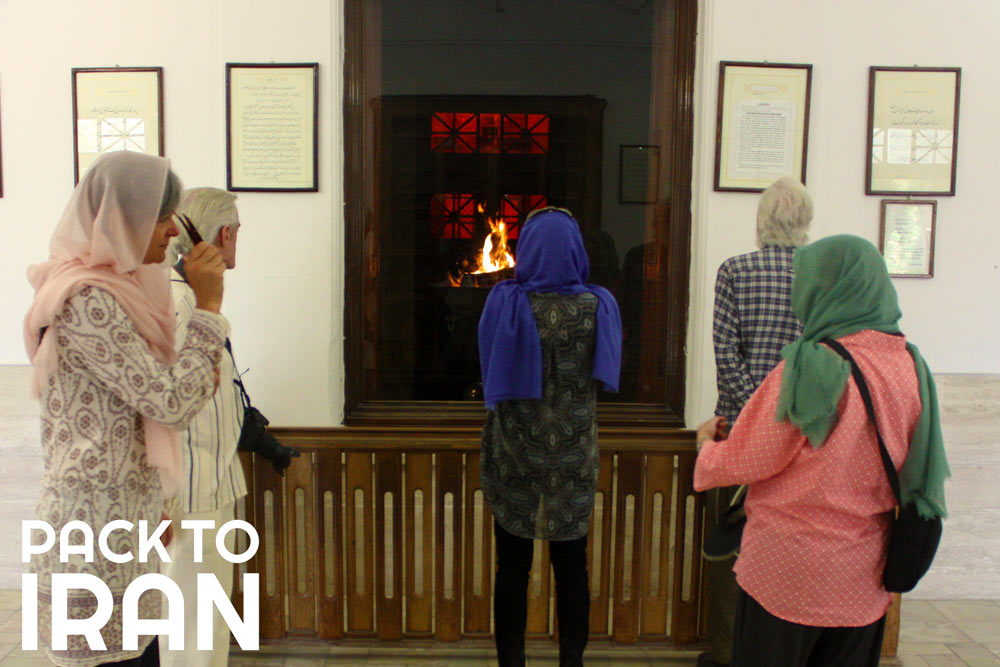 2 0
You can rate this post
Users Rated: 10 From 2 rates
Comments
Tags : yazd attractions