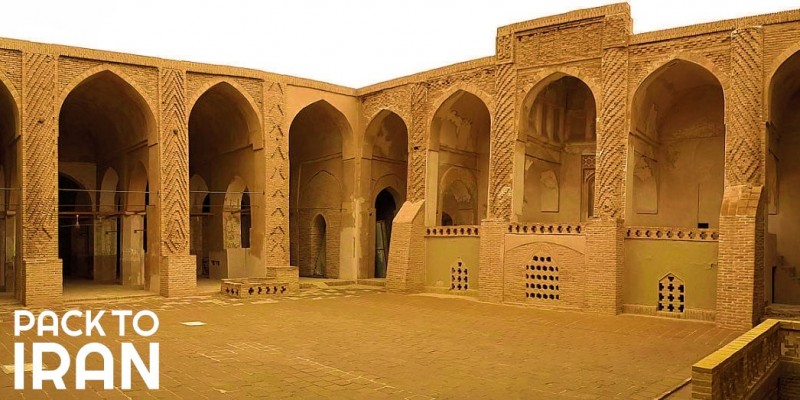 Located in a town with the same name between Isfahan and Yazd, Naein Jame Mosque is the second oldest mosque of Iran and one of the most amazing mosques in Iran that should be visited.

After Islam entered Iran and got accepted as the country’s official religion little by little, Iranian artists and architects started to build mosques all around Iran. These mosques show the genius combination of ancient Iranian architecture elements like arches and domes with elements received from Arabic countries like some fonts, motifs, and minarets which are the sign of mosques in Islamic architecture. Historical mosques are among the most important attractions of the cities in Iran and are the representative of Persian architecture, helping visitors learn about this country’s rich culture and art. The Jame Mosque of Naein is one of the oldest and most amazing Iranian mosques that should be visited in Iran.

Naein Jame Mosque is located in a city with the same name which is a historical city located in the heart of the Dasht-e Kavir and in Isfahan Province, and is one of the examples of the desert cities of Iran with constructions that are in complete harmony with the area, like earthen alleys and houses. According to historical evidence like the remains of the Naranj Castle (Narin Castle), the antiquity of this city traces back to thousands of years ago and around Parthian and Sassanid era. Naein Jame Mosque is known to be the second oldest mosque of Iran which is very well preserved, and is one of the most significant examples in studying Islamic architecture in Iran for travellers and art lovers. 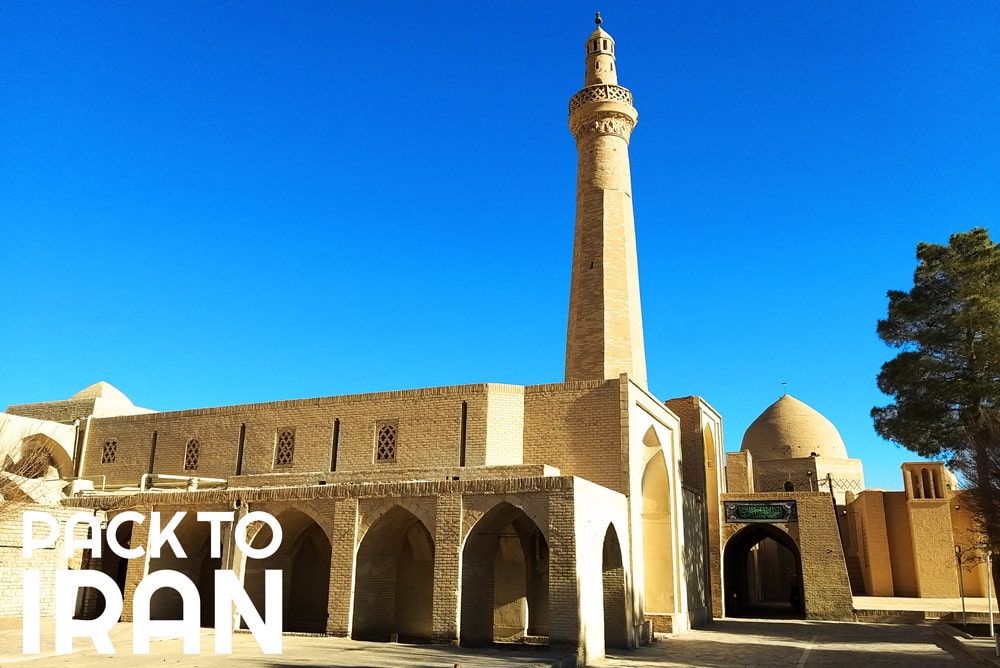 The History of Naein Jame Mosque

According to some historians like Arthur Pope, who was an American expert in Iran’s history and art, believes that this mosque was built in 350 AH. But the dates mentioned on different inscriptions in the mosque like the inscription on the minbar or the inscription engraved on the wooden door show that this construction was expanded until the 8th century.

The architecture of Naein Jame Mosque

Naein Jame Mosque is one of the first samples of Shabestnai mosques in Iran and it is not reconstructed or changed a lot during centuries, therefore this mosque is a good sample for studying the first Iranian mosques. It is said that the Jame Mosque of Naein was designed based on the mosque of Muhammad the prophet in Madina. Naein Jame Mosque is also among the four-ivan Persian mosques built in Khurasani and Raazi architecture styles. The entrance of the mosque which is ornamented with Muqanas and brickworks is located on the northeast of the mosque. Some brickworks of the entrance porch are similar to the motifs in the UNESCO listed Isfahan Jame Mosque. Naein Jame Mosque It has a central courtyard surrounded by four Shabestans, which are halls in Persian mosques supported by columns. The arcs around the central yard are decorated with simple yet amazing brickworks. The largest Shabestan of the mosque, which is located in the south of the constructions, is faced to the Qibla (the direction towards Kaaba) and is where the Mihrab and the Minbar which are the most significant items in the Naein Jame Mosque are located. The Mihrab of the mosque is a niche which shows the direction of Qibla and has amazing ornaments, including very delicate stucco works showing excellent floral and arabesque motifs and Kufic calligraphies of Quran verses. 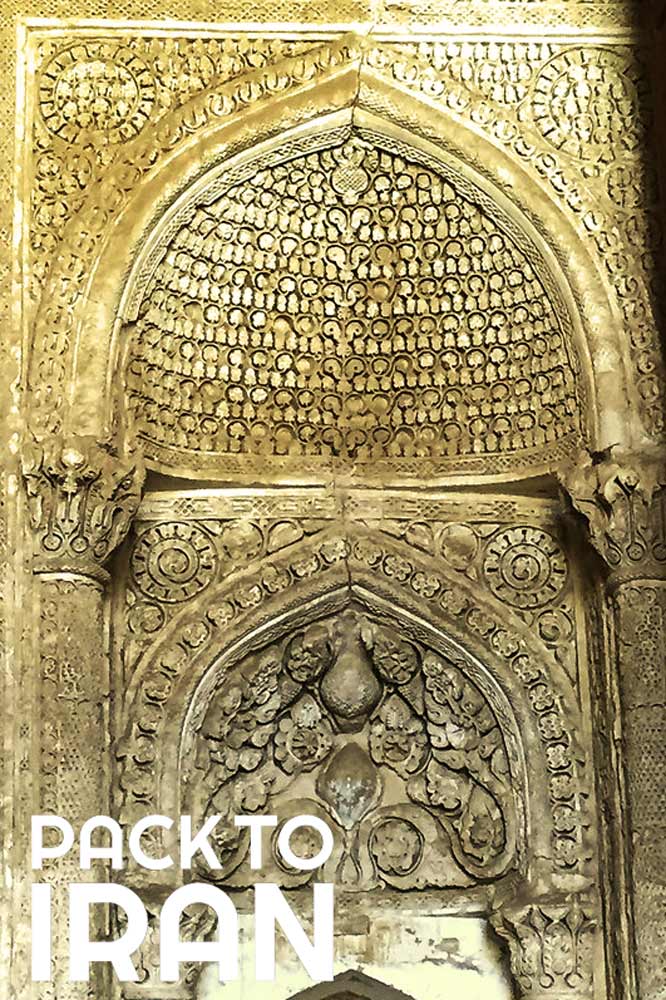 The Mihrab of Naein Jame Mosque

These ornaments are also copied on the columns of the Shabestan located around the Mihrab.  A Minbar is a stage in mosques where the imam or the speaker sits and gives religious lecture. The Minbar in this mosque is made of wood and is decorated with perforated geometric patterns and wood carving which is one of the oldest Persian arts. The inscription carved on this mibar mentions year 711 Hijri and indicates that this element was added to the mosque later. 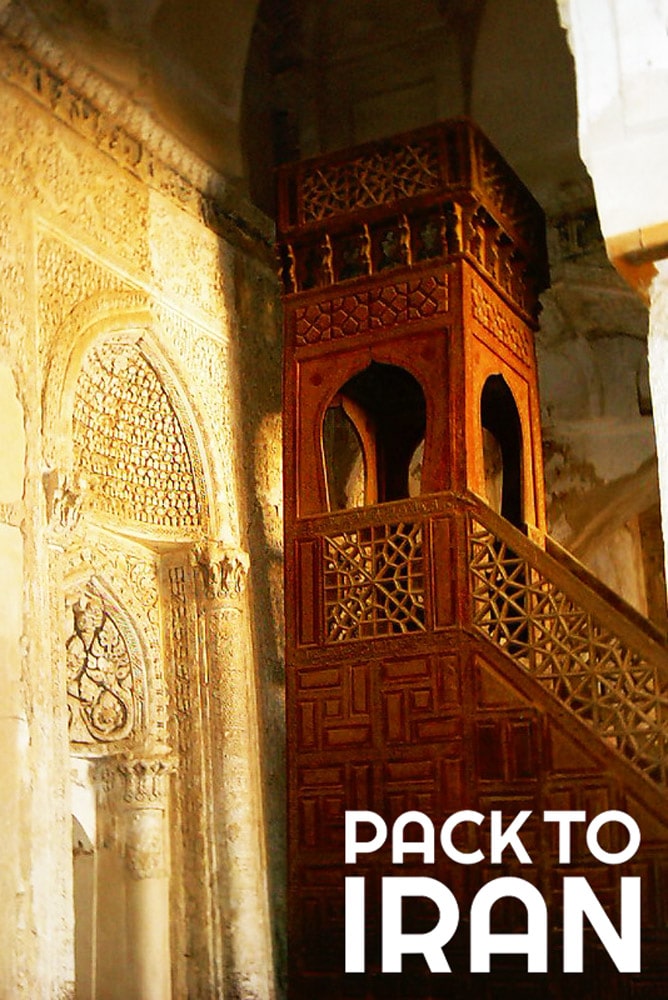 Naein Jame mosque has only one minaret which was added to the construction during the 8th century. The minaret is located on the northeast side of the mosque, by the entrance of the mosque, and is 28 meters high with an octagonal shape, which makes it a unique minaret among the minarets of the Persian mosques. This beautiful minaret can be seen from the alleys around the mosque and show the direction of the mosque. 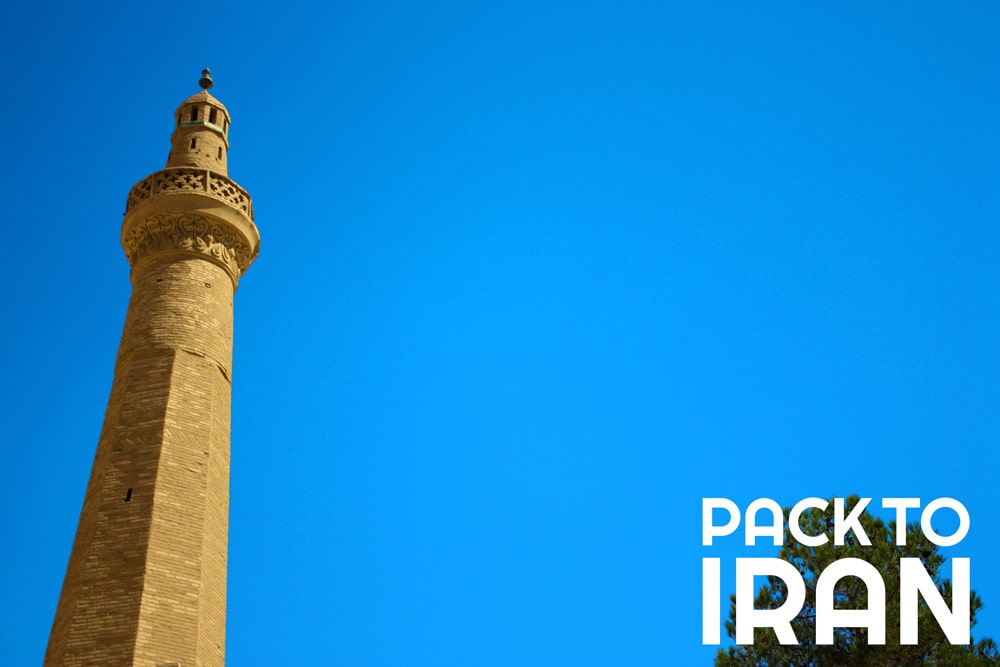 The minaret of Naein Jame Mosque

A stairway in the main yard leads visitors to the underground section, which is believed to be much older than the main building and was dug under the ground around Sassanid era as an underground city like Nushabad, to be used as a shelter during war. Later, when the mosque was constructed on this basement, it was used during the hot seasons of the year to escape the hot weather in desert climate. A water reservoir is also located in this basement.

The historical city of Naein is located on the way between Yazd and Isfahan, therefore this is one of the cities that you will visit during your trip to Iran, especially if you take a road trip. Visiting the Naein JAme Mosque usually takes around one hour and then you can take a rest in this town and have your lunch before continuing your road trip to Yazd or Isfahan.

1 0
You can rate this post
Users Rated: 5 From 1 rates
Comments
Tags : Mosques