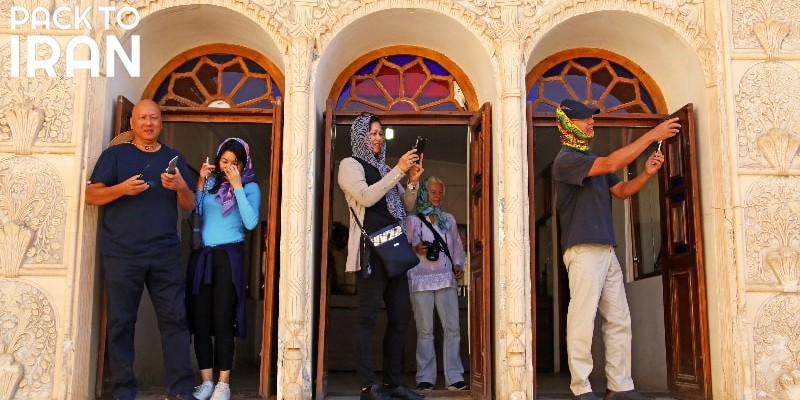 Top cities to visit in Iran

What are the top cities that should be visited in Iran? Read below to find out the top touristic cities of Iran and why they shouldn't be missed while traveling in Iran.

Iran is one of the historical and most cultural countries located in the Middle East, which has been ruled by the emperors and great powers of the ancient world. After the entrance of Islam, many other dynasties ruled Iran and chose different cities of Iran as their capitals. The kings and governors have managed to build many constructions to improve and civilize the cities. From charming mosques with eye-catching ornaments to labyrinth of nostalgic bazaars and evergreen Persian gardens, Iran has a lot to offer in every corner. Below is the list of top cities to visit in Iran so that you can explore most of the cultural highlights of this country.

It is impossible to come to Iran and miss the most charming city in this country, Isfahan! A city where you can be amazed by its spectacular Islamic architecture, and a city whose name can’t be separated from the name of Shah Abbas the great king of the Safavid Dynasty (1501-1 736 Ad) who chose Isfahan as his capital in 1598 and started to construct a lot of fabulous monuments in his new capital city. Therefore, lots of artisans and architects from all around the country were called to Isfahan to make this city comparable to famous beautiful cities of the world at that time such as Paris, London, and Istanbul. Hundreds of mosques, madrassahs, and caravanserais were constructed there and many bridges were built on the Zayandeh River which passes through the city of Isfahan and is one of the most important water resources of the Iranian Plateau. The engineers also managed to canalize this river, to transfer the water flowing in the river into more districts of the city through smaller canals and planted plane trees along them to create an oasis in the middle of the desert. But the most fantastic site of the city is the Naqshe Jahan Square which was also made by the order of King Abbas the Great. All these elements made the city of Isfahan charming to the extent that a famous notion was created among the western travelers who visited this city during the 17th century that was, "Isfahan, Nesf-e Jahan" which means: Isfahan Half the World. As Isfahan has been the center of Iranian art and handicrafts since the 17th century, there are plenty of handicrafts and art shops in this city! So spend some time exploring these eye-catching art shops.

Known as the city of love, literature, and beautiful Persian gardens, Shiraz is one of the top cities to visit in Iran and a must-see place. being home to two of Iran’s most beloved poets, Hafez and Saadi, this city has an important cultural position in the country and among the Iranians. Shiraz is the capital of Fars or Pars province which is known as the cradle of Persian Civilization as a couple of great ancient dynasties such as the Achaemenids and Sassanians rose from this region in Iran’s History. And left marvelous legacies like the Persepolis and Bishapour ancient cities. Due to its old history, there are many attractions to visit among them the pink mosque which was built in the 19th century is the most famous one. There are also some beautiful gardens such as Eram and Narenjestan gardens and mausoleums of Hafez and Saadi which can’t be missed while visiting this charming city. As there are many different types of restaurants and stylish cafés in Shiraz this city is a great place for gastronomy and hanging out at cafes to meet hospitable and friendly locals.

Known as one of the oldest cities in the world, Yazd is also among the top cities to visit in Iran, especially because of its historical city district inscribed as a UNESCO World Heritage, where you can walk through old narrow alleys and visit the Badgirs (windcatchers) on the top of the roofs and water reservoirs which reminds us that Yazd is a city constructed at the middle of barrens, and has a lot to say a lot about desert architecture, qanats (underground water canals), and genius inventions helping people live in deserts. This city is known as the capital of Iranian Zoroastrians (the followers of the ancient Zoroastrianism religion in Iran) where you can visit the attractions such as the Fire Temple and the Towers of Silence to see and learn more about one of the oldest monotheistic religions in the world. Yazd is also known for its traditional sweets and confectionaries that shouldn't be missed to try. 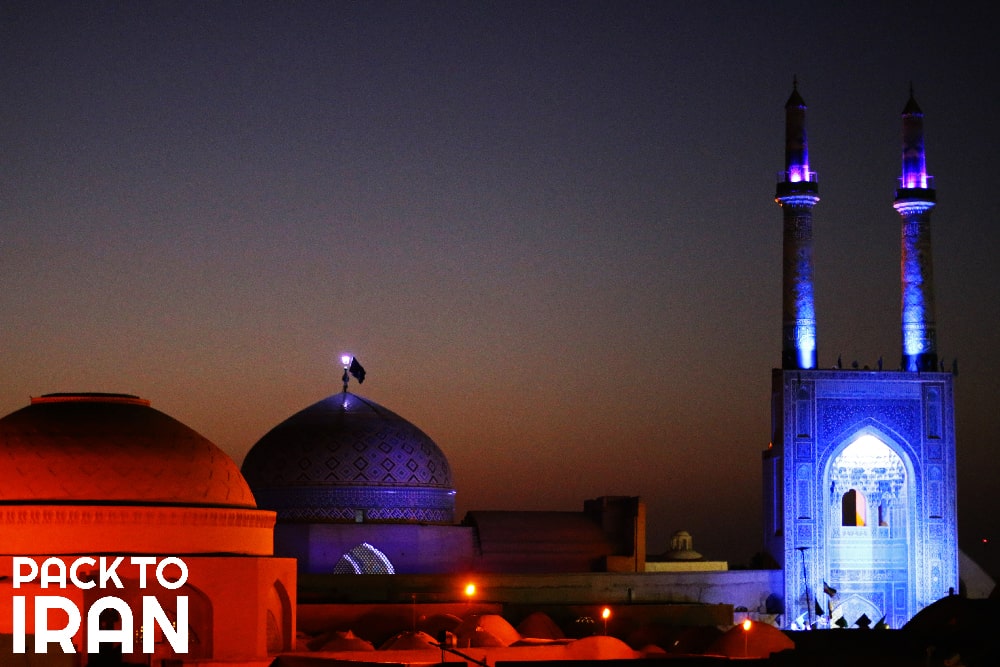 Tehran is the capital of Iran and the largest city in the country. As compared to the other cities in Iran, Tehran is considered a new and modern metropolis! Therefore the oldest historical monument of Tehran is the Golestan Palace which dates back to two centuries ago (19th century). As same as many other capital cities in the world, Tehran is house to many fabulous museums among which the National Museum of Iran, The Carpet Museum, and the Treasury of National Jewels are the most famous ones. But except visiting the palaces and museums Tehran is where you can see and learn more about modern Iran. Thousands of public parks, cafes, and restaurants are the best place to interact with the locals especially the younger generation. 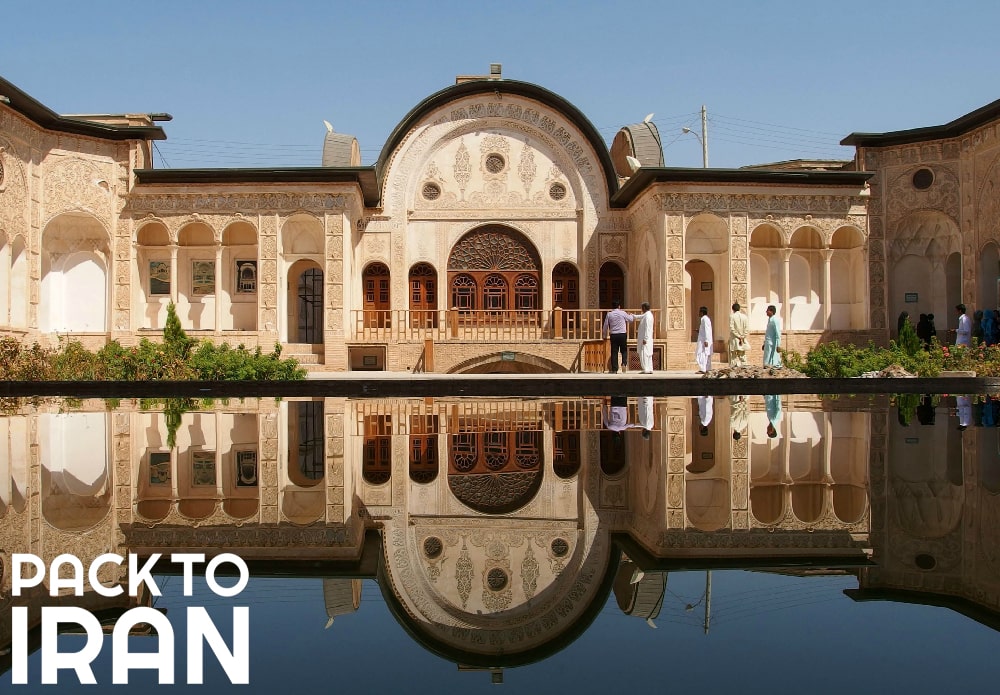 Tabriz is one of the largest cities of Iran and the second industrial city of the country which makes it quite wealthy and thriving. Being located on the ancient Silk Road has made Tabriz a place of cultural exchange and trading since antiquity. The main highlights of Tabriz include its amazing bazaar which is a UNESCO World Heritage Site and consists of a series of interconnected, covered, brick structures, buildings, and enclosed spaces for different functions, the rocky Kandovan Village which is one of the most exotic habitats of human still in use, and the historical Blue Mosque. Tabriz is also well known for its restaurants where you will be amazed by the food taste and their portion sizes and sweets of Tabriz like Baklava.

Apart from the most famous and popular cities that were mentioned above, many other cities in Iran are worth visiting like the historic city of Kerman, Kurdistan, and Kermanshah where you can explore the rich Kurdish culture in Iran, and the scenic and untouched islands in southern Iran like Kish and Qeshm islands.

2 0
You can rate this post
Users Rated: 10 From 2 rates
Comments