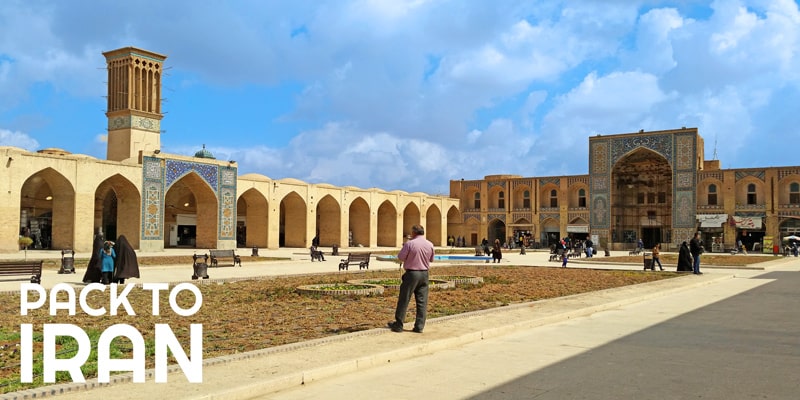 Things to see in Ganjali Khan Complex of Kerman

Including a square, a school, a caravanserai, a bathhouse, a mint, a mosque, and a bazaar, the Ganjali Khan Complex is one of the most important attractions of Kerman, the historical city in the east of Iran.

With an area of 11000 square meters, the Ganjali Khan Complex is located at the heart of the old town of Kerman. The historical complex, which was the center of the old city, is where all the main public buildings of the city including a square, a school, a caravanserai, a bathhouse, a mint, a mosque, and a bazaar are located and have caused Kerman to be one of the most elegant cities of Iran which is so worth visiting.

The history of Ganjali Khan Complex

Construction of the Ganjali Khan Complex was started in 1596 by the order of Ganjali Beyk Khan the governor of Kerman who ruled this city during the Kingdom of Shah Abbas I of the Safavid dynasty (1501- 1736) and built many other constructions like the Zeinoddin Caravanserai and Qanats, which were damaged by Aqa Muhammad Khan Qajar. According to an inscription which is set at the entrance of the Caravanserai of this complex the main architect of the Ganjali Khan complex was master Soltan Mohammad Yazdi.

Monuments of the Ganjali Khan Complex

Being constructed during Safavid Period this complex main plan was based on the Isfahani style of architecture which is one of the main architectural styles of Islamic- Persian Architecture.

The public square is one of the most significant parts of the complex. This is surrounded by the bazaar from three sides and its fourth side is flanked by the caravanserai. At the first glance, this small square reminds us of the fantastic Naghsh-e Jahan Square of Isfahan which is much bigger than Ganjali Khan Square. Like other public squares in Iran, this square was one of the most important spots of the city also used for public gatherings and ceremonies such as the Ashura mourning ceremony. Today, a copper-made sculpture of Ganjali Khan is placed at one of the corners of Ganjali Khan Square to honor this great character.

The great Ganjali Khan Bazaar is one of the most charming bazaars of Iran that you should be visited. This architectural masterpiece consists of two parts: one part is known as the copper bazaar as Kerman Province has one of the largest supplies of copper in the world. There are many copper shops where craftsmen produce and sell various copper objects from very big copper pots to cups, dishes, and delicate decorative copper objects. The Chahar Souq, which is a junction connecting three corridors of the bazaar is one of the most famous parts of this complex known for the eye-catching ornaments of its dome-shaped ceiling.

Another part of the bazaar is located in the southern part of Ganjali Khan Square. Some parts of its roof are decorated with exquisite plasterwork and wall paintings. In the 18th century, another bazaar was added to the Ganjali khan bazaar which made it much longer! Except for copper shops, there are many different shops including spice shops where you can find the best cumin which is one of the most aromatic spices in Persian culinary and the main souvenir of Kerman, and nuts like Iranian pistachios. Kerman is also the largest producer of pistachio in Iran. Some handicraft shops in the bazaar sell Pateh which is an Iranian traditional needlework folk art. 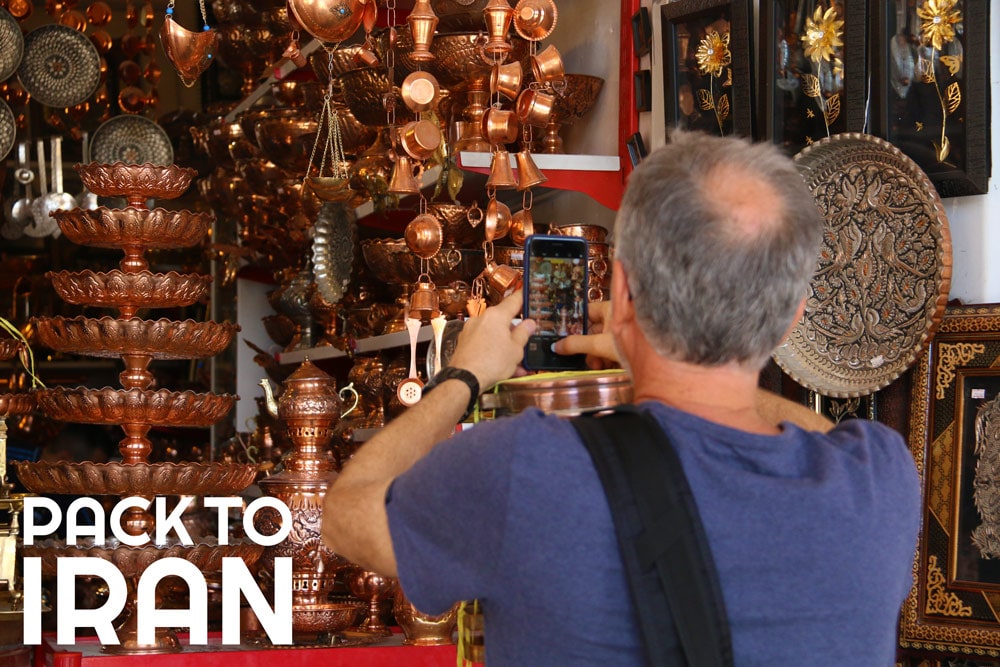 The Ganjali Khan Caravanserai and Madrasah

Located on the east side of the Square, Ganjali Khan caravanserai was built as a Madrasah or Islamic theological school by an architect named Mr. Muhammad Sultani Yazdi and was later converted to a caravanserai. A beautiful inscription which is written in Thuluth calligraphy by Alireza Abbasi (the celebrated calligrapher in the court of Shah Abbas I) is at the entrance portal of the caravanserai and amazes visitor at first glance. The Ganjali Khan Caravanserai is a two-story monument with rooms faced to the central courtyard. The top parts of the arches of this caravanserai are decorated with fabulous mosaic decorations. Recently, some of the old chambers of the Ganjali Khan caravanserai which were once used for the accommodation of travelers and merchants who traveled to Kerman to do business in this thriving city, have been converted to shops where locals sell their handicraft products and are known as the "House of Handicrafts of Kerman". In the courtyard of the caravanserai, there are a couple of small cafes available where you can have a seat and enjoy your coffee at a historical monument.  A small mosque is also located at one of the caravanserai’s corners.

One of the highlights of the Ganjali khan complex is the Hammam or traditional Iranian bathhouse which is one of the most amazing bathhouses of Iran known as an important element of Iranian architecture. The entrance of the bathhouse is ornamented with fascinating decorations and paintings from the 17th and 19th centuries showing interesting illustrations of animals, beasts, and people catching everybody’s attention and inviting them to enter the bathhouse for a visit. The Ganjali Khan Bath follows the standard plan of the Iranian bathhouses consisting of three main parts: Sarbineh or the cloakroom is the first part of the bathhouse where people could get undressed. This part was designed in a way that its temperature was higher than the outside temperature and cooler than the main part of the bathhouse, and those people who were taking bath could spend some time this part, have a chat with friends, and have a cup of tea and then move out! Apart from being a place for personal hygiene, Iranian bathhouses were considered an important social place. So this process made their body temperature cooler and closer to the outside temperature preventing them from catching a cold.

The second main part of the bathhouse is called Garmabeh or Caldarium (washing place) which was a very hot and steamy room heated by an underfloor heating system using tunnels with hot air provided from the furnace.

The third main part is called Khazineh where the hot and cold water pools are located!

All around the Hammam is decorated with amazing tile works and lime stuccos!

The Hammam was later converted to an anthropological museum in 1971 so all around it you can see natural vax statues which were made in the Fine Art Faculty of Tehran University.

The mint of the Ganjali Khan Complex is a domed structure the construction of which was started in 1598 and ended in 1625. The interior decorations consist of plaster stucco and brickwork. The mint was converted into a coin museum in 1970 which displays coins from different periods such as the Parthians, Sassanid, and Safavid dynasties.

Visiting the amazing Ganjali Khan Complex of Kerman gives you the opportunity to travel in time and walk in a historical city where people managed all their daily activities from buying goods, to taking a long bath with a good message, and communicating with fellow-citizens, so do not hesitate to spend some hours at the Ganjali Khan Complex known as one of the main attractions of Kerman.