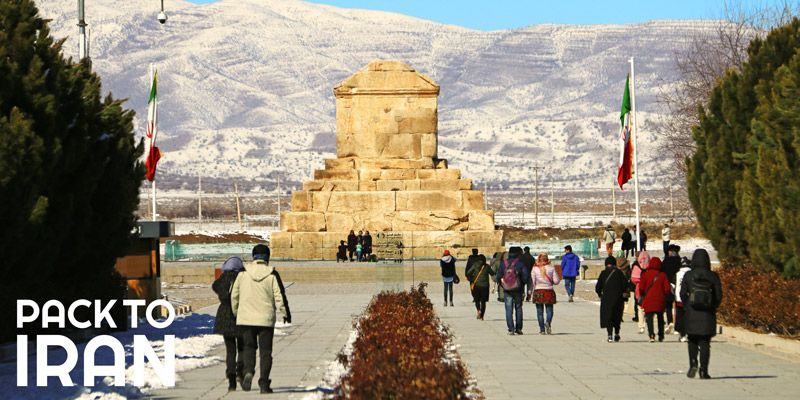 Cyrus the Great - The founder of Achaemenid Empire

Cyrus the Great, also known as Cyrus II of Persia, was the founder of the glorious Achaemenid Dynasty and one of the most well-known characters throughout the history of Iran. On this blog you will read about the achievements of Cyrus the Great, the Cylinder of Cyrus, the ancient city of Pasargadae and etc.

Cyrus the Great (also known as Cyrus II of Persia) was the founder of the Achaemenid Empire which was the first Persian empire (550- 330 BCE). Undoubtedly, his kingdom was one of the most powerful and one of the greatest Kingdoms in history. Cyrus was born between 590 and 580 BCE, and on the death of his father, Cambyses I, Cyrus ruled the Achaemenid dynasty and expanded his ancestral realm into a great empire. We have little information about Cyrus’s family. What we know is that he had two sons, one of whom, Cambyses succeeded him; the other, Smerdis (also known as Bardiya), was probably secretly killed by Cambyses after he became the ruler. Cyrus had at least one daughter, Atossa (who later got married to Darius the Great), and possibly two others, but they played no role in history.

With his brilliant military strategies after overcoming the king of the Meds and uniting all the Iranian tribes, his army conquered most of Western Asia as well as central Asia. Cyrus’s victory over Lydia, in Asia Minor near the Aegean Sea, filled his treasury with that country’s tremendous wealth which helped him to conquer more lands including Babylon which was one of the greatest countries of Mesopotamian civilization. Consequently, Cyrus got many titles such as King of Babylon, King of Anshan, King of Media, King of Persia, and the king of the four corners of the world. Cyrus obtained victory not just through conquest, but also by showing singular tolerance and mercy to those he defeated and this is the reason he got the title Cyrus the great and made him much more different as compared to other famous conquerors of the ancient world. Cyrus’s name is also mentioned in the Bible (e.g., Ezra 1:1–4), for freeing the Jewish captives in Babylon and allowing them to return to their homeland, and helping them rebuild their temples which were destroyed by Babylonians. Then the Jews praised the Persian emperor in scripture as a savior to whom God gave power over other kingdoms so that he would restore them to Jerusalem and allow them to rebuild their temple.

The ancient city of Pasargadae

Cyrus the Great died around 529 B.C. while fighting against combatant nomadic tribes of Scythians who lived around the Caspian Sea. After his death, his body was moved to Pasargadae where his places were located. He was buried in a very simple yet impressive tomb which is in the shape of a ziggurat temple. This monument which is made with large pieces of stone consists of six broad steps that lead to the grave chamber with a narrow entrance. The tomb was designed based on the stepped Mesopotamian and Elamite ziggurats and Urartu tombs which were built before.

After the conquest of Babylon, the commands of Cyrus the Great were written on a cylindrical inscription which is kept in the British Museum today and is considered as the first declaration of human rights. The inscription is written in the Babylonian script and according to the text, Marduk - the city-god of Babylon- chose Cyrus as the King of Persia, and declared him king of the world. Marduk ordered Cyrus to march on Babylon, where he entered without a fight. Nabonidus – the Babylonian king- was delivered into his hands and the people of Babylon happily accepted the kingship of Cyrus. The text is continued with sentences from Cyrus the great saying: he is a worshipper of Marduk who tried to bring peace in Babylon and put an end to the labor-service of its population.

October 29th or Aban 7th on the Persian calendar is Cyrus the Great Day or the commemoration day of Cyrus which is held annually in Iran. This date is believed to be the anniversary day of the entrance of Cyrus to Babylon.

One of the most popular tours of PackToIran is the Persepolis, Necropolis, and Pasargadae Day Tour which includes all three Achaemenid sites in one day and offers you the opportunity to explore all ancient heritages on a private guided tour.