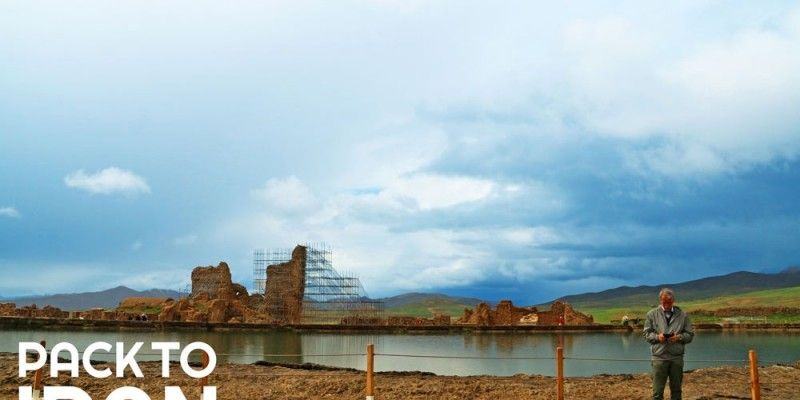 Designated as a great example of Sassanid glory and power by UNESCO, the archaeological complex of Takht-e Soleyman (Takht-e Suleiman) resides in west Azerbaijan Province, northwest of Iran, and includes, a Zoroastrian fire temple, an Anahita Temple, the Solomon Prison, and the mysterious ancient lake!

The archeological site of Takht-e Soleyman (Throne of Solomon) is situated on a plain surrounded by mountains, 43 kilometers away from Takaab, a county in West Azerbaijan Province, in the northwest of Iran and is one of the first historical sites of Iran which got inscribed as a UNESCO world heritage site. Although this 124,000 meter in square archeological site is known as a religious, educationsl, and political complex of the Sassanid Empire, it was an important spot during the reign of the Medes, Achaemenids, Parthians, Sassanids, and Mongols in hundreds of years. According to the myths some believe that this place was the place where Solomon the prophet used to live, while some others believe that it has been the birthplace of the Zoroaster. This ancient and mysterious site includes important historical attractions which are all located inside this oval shaped will be described below:

The Lake of Takht-e Soleyman

There is a mysterious lake located in Takht-e Soleyman site. According to the myths that locals say, there is a city of gold at the bottom of this city and no one has ever made to the bottom of the lake and many people have been disappeared after stepping into it. This lake is more than 75 meters deep but the thick layer of sediment doesn’t let the divers to reach the bottom and explore the lake. Although the weather in Takaab gets freezing during winter and the temperature reaches 20 in summer, the temperature of water in this secretive lake is the same all year around.

The Solomon Prison or Zendan-e Soleyman is an archeological mound inside this area. This conical 100-meter-high mound has an 80-meter-deep hole. A local myth about this hole says that it was a prison where Solomon the prophet prisoned evils and monsters. This sacred mound was a place where priests used to say prayers and sacrifice animals. Some historians believe that this hole was full of water two thousand years ago.

This royal complex was a prototype of the power of Iranian Empires (especially the Sassanids) was destroyed when the Roman Heraclius attacked and ruined this valuable heritage in 624 AD, when Khosrow Parviz the last Sassanid emperor ruled Iran. Takht-e Soleyman was restored during the Ilkhanid Dynasty (13th century) and got used as a summer residence by the royal family.

The best time for visiting this mysterious UNESCO site in Iran is spring and summer when the weather is pleasantly cool. If you need any information or help for planning an excursion to Takht-e Soleyman archeological site, feel free to contact PackToIran team.