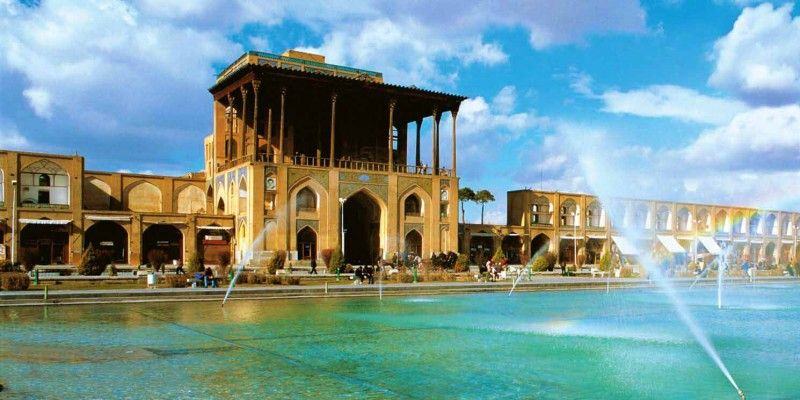 Ali Qapu Palace of Isfahan is one of the most significant architectural masterpieces of this city which was constructed during the kingdom of Shah Abbas the Safavid king as a royal palace. Today, no trip to this city would be complete without visiting this glorious and stunning monument.

The stunning Ali Qapu Palace is one of the most significant architectural heritage of Iran, which was built in Isfahan during the Safavid Dynasty in Isfahan. This construction is located on the west side of the royal Naqsh-e Jahan Square which is the second biggest historical square in the world and is inscribed as a UNESCO World Heritage Site because of its cultural and historical importance. The name of Ali Qapu is an Azeri word which means “The Excellent Gate” and was used as the residence of the Safavid kings and the royal palace for official meetings.

So while visiting the gorgeous city of Isfahan, do not forget to visit the Ali Qapu Palace which is one of the must-see attractions of this city.

The construction of Ali Qapu Palace was gradually developed and got completed to the current shape in about 70 years. With 48 meters’ height, Ali Qapu Palace seems to have 2 floors from the front side, 5 floors from the backside, and 3 floors from the lateral sides. But entering the construction, we will find out that it has 6 floors. The first three floors are vestibules with no ornaments and they were used as administrative offices where normal people could enter for their official affairs, and they are connected to the upper floors with spiral and stepped stairways covered with colorful tilework. The fourth floor is known for its terrace which is faced to the glorious Naqsh-e Jahan Square, and two of the top Iranian mosques the Sheikh Lotfollah and the Shah Mosque. It is said that Shah Abbas used to sit on this balcony to enjoy exploring the wonderful city of Isfahan, which was one of the top cities of the world during that time and watch polo games played on the Naqsh-e Jahan Square by the champions.

The most stunning part of the Ali Qapu Palace is its 6th floor which is covered with masterly stucco works. Also known as the Ali Qapu Palace Music Hall, this hall functions as a music studio because of its physical properties which echo the music and deliver the delicate sound of music to the other parts of the palace like the balcony of the fourth floor.

Each floor of the palace has got its own ornaments including yellow and Persian blue tilework covering the stairways, fine floral motifs and plasterworks, the delicate stucco works of the Ali Qapu Music Hall which look like jars, vessels, and Persian string music instruments, and most importantly, the excellent wall paintings of Reza Abbasi, the talented Persian painter who painted the walls of the Ali Qapu Palace with Persian miniatures which show travelers and ambassadors from western countries and Iranian men and women.

2 0
You can rate this post
Users Rated: 5 From 2 rates
Comments
Tags : Isfahan attractions