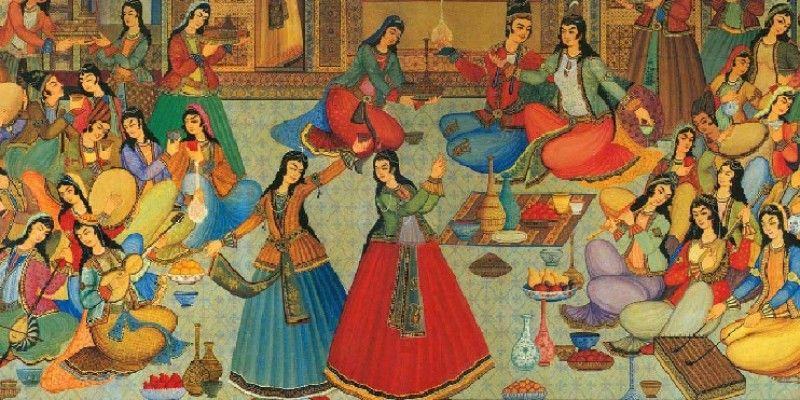 Mehregan is the most important ancient Iranian festival after Nowruz. Mehregan is celebrated in honor of Mithra, the goddess of light, friendship, affection and love, and to celebrate the harvest season before the arrival of winter.

The September Equinox was celebrated as the “Mehregan Festival” every year on 10th to 16th of Mehr (the first autumn month on the Persian calendar) by ancient Iranians. Ancient Persian calendar divides a year into two parts. The first part of year starts with Nowruz, the celebration of spring, and the second part starts with Mehregan, the celebration of autumn. Therefore, Mehregan is the most important ancient Iranian festival after Nowruz.

Mehregan is celebrated in honor of Mithra, the goddess of light, friendship, affection and love, and to celebrate the harvest season before the arrival of winter. Ancient Iranians believed that Fereydoun the legendary hero defeated Zahhak the evil king on this day. It is also believed that this day is the day when Mashi and Mashiane, the first male and females were created.

With 4000 years of antiquity, Mehregan Festival was celebrated in lands from Iran, India to Europe since 2000 B.C. when the Achaemenid kings ruled the land of Persia, to show gratitude for all the blessing in the world and kindness and love between the human beings.

Mehregan thanksgiving festival is still celebrated by the followers of Zoroastrianism in Iran in cities like Yazd and Kerman. On this day, the participants wear purple and prepare congratulation cards wrapped in beautiful fragrant envelopes. They set a table with a purple tablecloth and ornament it with an evergreen flower, Haoma which is a sacred plant in Zoroastrianism, and some autumn fruits like grape, pomegranate, apple, etc. After having some traditional bread and confection, they play music perform a group dance and then start a fire to cherish the generosity of the earth for all the blessing and agricultural products.