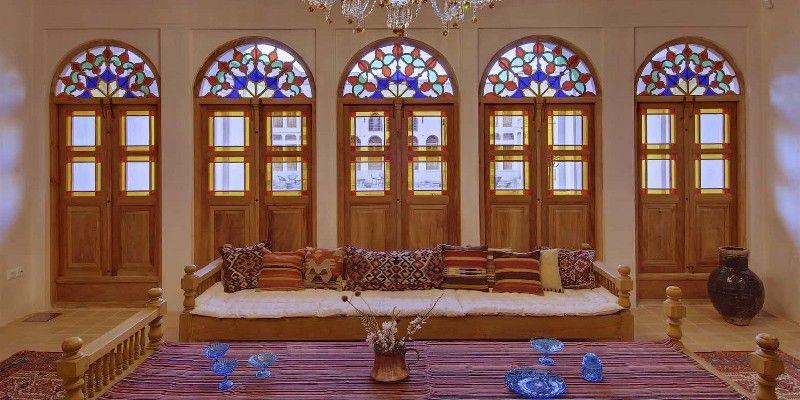 The 4 best luxurious hotels in Kashan

Are you planning on visiting Kashan while traveling in Iran? Good idea, because Kashan is an attractive city with many architectural and cultural attractions and hospitable people. If you are looking for luxurious accommodation in Kashan, PackToIran will help you choose between the top hotels of Kashan.

Kashan is located between Isfahan and Tehran, in Isfahan Province and is among the most historic cities of Iran with evidence from 15000 years ago. This city is known for its magnificent old town which has remained untouched, and its charming boutique hotels that let travelers experience living in an old Iranian house for a couple of days.

Ameriha House is one of the most significant historic houses of Kashan which was originally the residential house of Ameri family during the Zand Dynasty (18th century). Staying at this 5-star hotel is like staying inside an architectural masterpiece with modern facilities of a brand new hotel, like standard room service, cafés, free WiFi, etc. Saraye Ameriha Hotel is located close to the attractions of Kashan and travelers can reach them by walking for a few minutes. Book a room at Saraye Ameriha Boutique Hotel!

Manouchehri is a historic house that is now used as a top 4-star hotel in Kashan. This house was first built during the Safavid Dynasty (16th – 17th century) and was rebuilt during the Qajar era (19th century) after it was ruined by the 1778 earthquake. Each room of Manouchehri Hotel has its special ornaments and have wonderful courtyard and garden views. This construction has a historic Ab Anbar (water reservoir), which is now used as the modern movie theater of Manouchehri Hotel. Book a room at Manouchehri House Hotel!

Mahinestan Raheb is one of the historic houses left from the Qajar Dynasty (18th century) which is now turned into a 4 –star boutique hotel with family rooms, suite rooms, and twin or single rooms. This building has two floors and three separate courtyards including the internal yard, the external yard, and the staff’s yard, and apart from being an old Iranian construction it has modern facilities like rooms with Jacuzzi, elevator, laundry, cafés, and conference halls. Book a room at Mahinestan Raheb Hotel!

Khaneh Irani (Iranian house) is another Qajarid house that is rebuilt and used as a boutique hotel with high standards and good service. Khaneh Irani Hotel has different rooms with lattice windows, stained glasses, mirror works, stucco works, and Iranian paintings which have turned this hotel into an Iranian art museum. Book a room at Khane Irani Hotel!