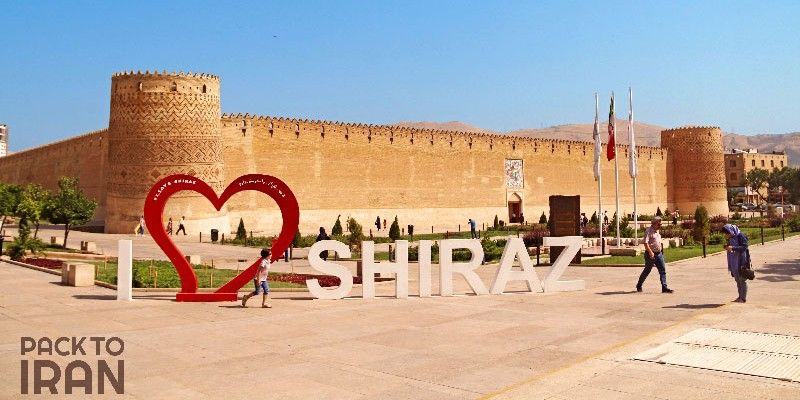 With a very rich culture and history, the city of Shiraz is so lovely and popular among travelers that May 5th, or 15th day of Ordibehesht is marked as the National Shiraz Day.

The loveable city of Shiraz

Known as the city of love, poetry, nightingales, and the fragrant of orange blossoms, Shiraz is one of the most loveable cities of Iran that each traveler visits in this country. In result of its unique geographical features, this city has a very mild and pleasant climate especially during spring and standing on top of one of the hills surrounding Shiraz, you’ll see that a big part of this city is covered with dense and lush gardens. On the other hand, Shiraz was home to many of Iranian poets, philosophers, and artists during history like Hafez and Saadi who are two of world-known Iranian poets. During the Zand Dynasty (1751-1794), Shiraz was chosen as the capital of Iran and this led to the construction of the magnificent Zand complex, including the wonderful Vakil Bazaar, the Vakil Mosque, Karimkhan Citadel, and the bathhouse, which were the main elements of Shiraz old city. Apart from Zand Dynasty heritages, there are many more attractions in Shiraz, including the magnificent Qajarid Nasir al Molk Mosque known as the Pink Mosque which is now one of the highlights of Shiraz, the Jame Atiq Mosque built during the Saffarid kingdom in Shiraz and is one of the oldest Iranian mosques, the Shahcheragh holy Shrine known for its mesmerizing mirror works and spiritual atmosphere, Hafez and Saadi tombs with their modern-Iranian architecture, and lush and fragrant gardens like the Eram Garden (UNESCO World Heritage), the wonderful Naranjestan Garden and the Afif Abad Garden. Checkout Shiraz Day Tours!

May 5th, or 15th day of Ordibehesht is the middle day of the spring, according to the Persian Calendar and the attractive city of Shiraz is passing its most beautiful days, with colorful flowers everywhere and orange blossom aroma spreading in every alley. Therefore, this day is marked as the National Shiraz Day. Hopefully next year with a safer situation for travel, we will all celebrate Shiraz Day and enjoy the splendors of Shiraz all together.

0 0
You can rate this post
Users Rated: 4 From 1 rates
Comments