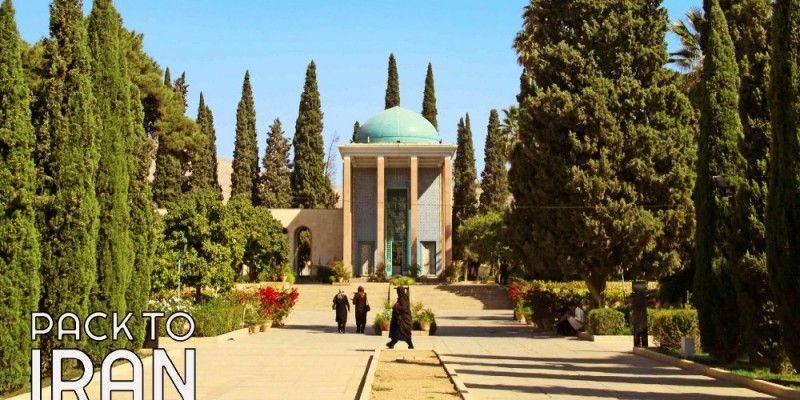 April 20th, or 1st day of Ordibehesht on Persian Calandar is marked as the Commemoration Day of Saadi, the great Persian poet known for his two literature masterpieces Bustan and Golestan.

Saadi(سعدی) also known as Saadi of Shiraz, who was born in this city sometime between 1213 and 1219, was one of the major Persian poets and prose writers during the medieval period. His poems and writings are so valuable and his moral and social beliefs are so intellectual and wise that he is known as the “Master of Speech” (استاد سخن).

Two literature masterpieces are left from Saadi. One is Bustan (The Orchard) was completed on 1257 and is entirely in verse, and another one is Golestan (The Rose Garden) which he finished in 1258 with proses containing humors, moral advices and anecdotes of the long journeys he made during his life time from Baghdad to Anatolia, from Syria to Egypt, to Jerusalem, Mecca and Medina and many lands in Central Asia in order to exchange views, preach, learn different ideas and advise.

After his long journeys, Saadi, the mastermind of Persian poetry and literature returned home and passed away in his birth city, Shiraz sometime about 1291 – 1294 and got buried in this city. The current Tomb of Saadi, which was built over his grave between 1950 and 1952, was designed by Mr. Mohsen Forughi inspired by the glorious Chehel Sotun Palace in Isfahan to expose a brilliant fusion of old and new Iranian architecture. Today, this construction is one of the most attractive masterpiece of Iranian contemporary architecture, which hosts many visitors who are enchanted by Saadi and his deep thoughts, and travel to Iran and visit Shiraz for the sake of his presence in this city.

April 20th, or 1st day of Ordibehesht on Persian Calandar is marked as the Commemoration Day of Saadi, which is a good reason for reading one of the most famous poems of this great poet, which points to the unity of all human beings, and is written on the carpet installed in the United Nation’s office in New York:

Adam's sons are body limbs, to say;
For they're created of the same clay.
Should one organ be troubled by pain,
Others would suffer severe strain.
Thou, careless of people's suffering,
Deserve not the name, "human being".