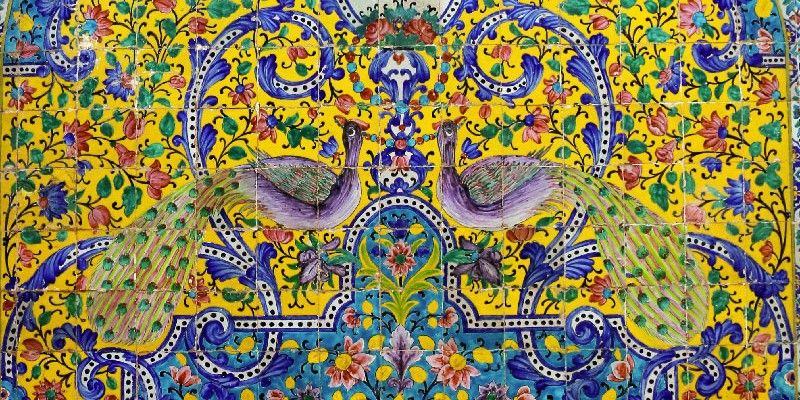 7 places you should visit in Iran after the COVID-19 lockdown!

Well, it seems that with Coronavirus outbreak and COVID-19 pandemic, we are experiencing the same situation all around the world, and all those hesitations on choosing between new travel destinations, roaming international airports and exploring attractions have stopped for a while and our passports and suitcases are taking a rest! But have you ever thought after everything is back to normal, what are the places you are going to visit? PackToIran has prepared a suggestive list of attractions you should visit in Iran after the Coronavirus quarantine:

According to the World Tourism Organization (UNWTO), the tourism industry is now facing a big challenge in result of Coronavirus outbreak globally and this organization calls for international leadership for tourism to be one of the priorities in future recovery efforts. Meanwhile, UNWTO is collaborating with the World Health Organization (WHO) in advancing response to COVID-19.

We don’t still know when is everything going to be normal and what is going to be the exact future of tourism industry, but it doesn’t seem like a bad idea to find out more about the travel destinations and attractions we are interested in. So, here are the 10 places that you should visit in Iran after the COVID-19:

Located in the heart and historical core of Tehran, the charming Golestan Palace is an architectural masterpiece of the Qajar Era. It was originally built during the Safavid dynasty in the historic walled city, but it received its most characteristic features in the 19th century, when the palace complex was selected as the royal residence and seat of power by the Qajar ruling family, which came into power in 1779 and ruled Iran until 1925, and made Tehran the capital of the country. The Golestan Palace, which is a UNESCO World Heritage Site, represents a unique and rich testimony of the architectural language and decorative art during the Qajar era and reflects artistic inspirations of European and Russian origin, which became so characteristic of Iranian art and architecture in the late 19th and 20th centuries. At present, the Golestan Palace is a complex consists of eight main palace structures including the fascinating Mirror Hall, the Salam Hall, the Ivory Hall, etc. and is mostly used as museums and the eponymous gardens.

Gonbad-e Soltanieh or the Uljaitu Dome is the mausoleum of King Uljaito (1304-1316) one of the Mongol kings of Iran from Ilkhanid dynasty (1256- 1349 CE). This construction is a UNESCO World Heritage site. The construction of the mausoleum was started in 1305 and it was finished in 1313 and it is an octagon in form rising to a beautifully stabilize high profile dome about 54 m high and 25 m in diameter, covered with light turquoise blue faience tile. Blue pattern minarets rose from each side of the eight angles, framing the dome like a diadem.  According to professor Pope “Despite its size, the dome is as floating as light and secure as the vault of heaven, which it brings to mind”. The interior walls of Sultanieh Dome are decorated with fabulous brickwork and plaster, floral pattern and sacred Kufic inscriptions. According to most of the experts and architects; ‘’structurally the building is a masterpiece.’’

Naqshe Jahan Square (literally meaning the pattern of the world), is one of the most spectacular sites of Iran, which is inscribed as a World Heritage by the UNESCO. It was constructed in 1602 on the order of the king Abbas the first of Safavid Dynasty.  This square is the second largest historical square in the world second to Tiananmen Square. The square is surrounded with long arcade walls which is magnificently broken by four principal buildings that dominates the square: The Royal Mosque (now called the Imam mosque), the Aliqapu Palace, Sheikh Lotfullah Mosque and the entrance portal of the Qeysarieh or the royal Bazaar. Back in 17th century, the square was busy by merchants, story tellers, peddlers, jugglers and etc. and during the day time, on occasions the order was given to clear away the square so that it could be used for polo game or for some form of pageantry. Nowadays the square is a very popular place, the ground level of the arcade wall is occupied by different types of handicrafts shops.

This marvelous ziggurat Chogha Zanbil Temple, which is the first UNESCO World Heritage inscribed in Iran, was constructed in 1250 B.C by Untash-Gal one of the Elamite (2700- 639 BC) kings of Iran. The ziggurat served as both temple and tomb and composed of five separately built concentric towers of different heights, the innermost and tallest was about 50 m high with a complex of rooms, tunnels, arches, stairways and drains. A temple crowned the flat top which was most probably used to worship Inshushinak the main god of the Elamites. The walls of the ziggurat were decorated with glazed and some inscribed fired bricks. In decoration of this temple a very initial forms of colorful glass tubes were used as well.

Founded on 518 BC, the marvelous Persepolis was the ceremonial capital of Achaemenid Empire, where they celebrated Nowruz Festival. Persepolis is where the kings, including Darius I, Xerxes I, Artaxerxes and etc. constructed the complex of royal palaces, like the Hundred-column Hall, the Tachara Palace and the Apadana Palace which is known for its magnificent bass reliefs showing soldiers from different nations who are bringing prizes for the king. Although this royal complex was set on fire by Alexander, it still shows the great work of ancient craftsmen and artists in Iran and is a UNESCO World Heritage site.

Naqsh-e Rostam complex is located 7 kilometers away from the Persepolis site and is an ancient Necropolis in Iran. This complex includes the tombs of four Achaemenid kings (Xerxes, Darius I, Artaxerxes and Darius II) which are carved on the rock surface and some bass reliefs dating back to Sassanid Era, which shows the scenes of glory and wars of Sassanid kings, and a cube shaped building named Kaaba Zartosht.

Located in the middle of Iranian plateau and close to the Silk and Spice Roads, the old city of Yazd is a fantastic example of cities constructed at the heart of desert with a very limited water resource and is inscribed as a UNESCO World Heritage site. The buildings and the maze of alleys are all made of mud bricks and this earthen architecture has escaped modernization through the centuries. The water was supplied to the city of Yazd through Qanat which is a set of water wells which develops underground water. The brilliant technology of Qanat System is a UNESCO Human Heritage. Yazd old city district includes residential houses with big courtyards located at the center, hammams (bathhouses), mosques like the Jame Mosque of Yazd, bazaars, Zoroastrian Fire Temple, and the lush Dolat Abad Garden.

These 25 – 50-million-year-old forests are located in the north of Iran along the southern shores of the Caspian Sea and northern slopes of Alborz mountains. This natural museum is home to 3200 species of plants, 58 types of birds and 60 types of mammals, one of them, the Caspian tiger that is unfortunately extinct now. These forests cover 7% of the land of Iran and some parts of 5 provinces of the country. Only 1% of this 55000 square kilometer forest is in the country of Azerbaijan. These ancient Hyrcanian forests were inscribed as a UNESCO world natural heritage on 2019.