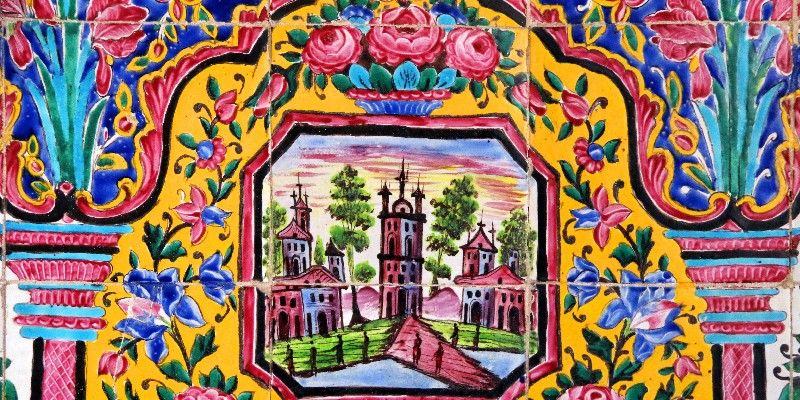 4 reasons why you should visit Shiraz

Being located on the southwest of Iran and with about 1,869,001 residents, Shiraz is a city that shouldn’t be missed visiting when you travel to Iran because this city is:

Shiraz is the center of Fars Province and one of the oldest and most charming cities of Iran. Located in the southwest of Iran, Shiraz is home to 1,800,000 people and is one of the important cities of Iran in economy and industry. This city is situated in the Zagros mountainous area and is surrounded by mountains like Deraak, Sabz Pushan, Bamu, and this is the reason why Shiraz enjoys very pleasant and mild weather with a peaceful atmosphere. On the other hand, Shiraz has a very rich history. According to an Elamite inscription, it was named Tirazis, and the city was constructed during the first century Hijri. It has been chosen as the capital of Iran during the Salghurids kingdom in the Fars region and also during the Zand Dynasty. This credit during centuries, has led to many historical and cultural attractions in Shiraz and around the city. The diverse attractions of Shiraz and its atmosphere have caused this city to be one of the main travel destinations and most memorable cities that travelers visit in Iran. Even if you have traveled to Shiraz before, some reasons make this city worth visiting again. But what are the reasons why you should visit Shiraz?

1. Shiraz is the city of poetry and nightingales

Shiraz is known for being a cultural city, where some major Iranian poets like Saadi (1210-1291) and Hafez (1315-1390), who are world-known poets for writing deep moral and romantic poems lived. The tomb of Hafez known as Hafezieh, the Tomb of Saadi called Saadieh, and the tomb of Khajuye Kermani (a poet from Kerman who lived in Shiraz and passed away here), are among the top attractions in Shiraz and offer a very pleasant and moral atmosphere, which lets visitors feel the essence of Persian atmosphere. Apart from the tombs of great Persian poets, it might be the pleasantly mild weather and the intoxicating aroma of bitter orange blossom that spread all over the city during spring, the historical evergreen gardens with tall cypress trees, or the singing nightingales that Shiraz is known to be the city of love, poetry, and culture.

2. Shiraz is neighbor to ancient heritages of the Achaemenid and Sassanid empires

Shiraz is a gateway to the wonders of Ancient Iranian architecture. By driving only 60 kilometers toward the north of Shiraz, you’ll reach Persepolis the ancient capital of Achaemenid constructed in 518 B.C and one of the most important ancient sites of Iran inscribed as a UNESCO World Heritage Site, and the Necropolis the Achaemenid cemetery of rock tombs with a group of Sassanid bass reliefs, and then you’ll visit the UNESCO listed ancient city of Pasargadae, the first capital of the Achaemenids including the royal palaces, the first sample of Persian Garden design, and the tomb of Cyrus the Great which is a simple yet impressing construction.

By driving about two hours from Shiraz to Kazerun city in the south of Fars Province, you will reach the ancient city of Bishapour constructed by the order of Shapur I (226 AD) and the amazing collection of rock reliefs of Tang-e Chogan showing the battles, victories, and the coronation ceremonies of the Sassanid kings. Also, by driving towards the east of Fars Province and reaching the Sarvestan and Firouzabad towns, you can visit other Sassanid heritages like the enormous Sarvestan Palace and Ardeshir Palace, and Ghale Dokhtar (Dokhtar Castle). The Sassanid Archeological landscape of the Fars region stretched across Fars Province is a UNESCO World Heritage, that you have the opportunity to explore while you are traveling in Shiraz.

3. Shiraz has wonderful attractions from the Islamic era

Shiraz was the capital of Iran during the Zandiyeh Dynasty, when Karimkhan-e Zand who was one of the most gracious Iranian kings, caused many glorious constructions to be built in the city of Shiraz. Today these fabulous buildings, which have given Shiraz a historical soul, are known as the Vakil Complex and include the Karimkhan Citadel, which was a residential and military fort, the majestic Vakil Mosque, Vakil Bazaar which is still a busy and booming Iranian bazaar, where you can see locals busy with trading, and the Vakil Bathhouse, with amazing decorations and ornaments.

There are also some eye-catching monuments left from the Qajar Dynasty. The Qavam family who ruled the Fars region during the Qajar Period built some monuments in Shiraz like the wonderful Naranjestan Garden which means “the garden of bitter oranges”. This garden is known for its charming mansion decorated with fancy tilework and mirror work and its garden full of bitter orange trees which get covered with fragrant blossoms for about two weeks in spring. The Nasir al Molk Mosque which has recently turned into one of the highlights of Iran is another monument that makes Shiraz so worth visiting. Also known as the Pink Mosque, this monument is known for the magic of light shining through the stained glass windows during the mornings.

4. Shiraz is the city of cool and warmhearted people!

Shiraz is home to people from different ethnic groups like the Qashqai Turks and the Lurs. The people of Shiraz (Shirazi people) are well known for being so hospitable and warmhearted. Also, they are famous for being cool people who are ready for having fun and making new friends actually at any time! In other words, Shiraz is the city of feasts and friendly gatherings. The lovely atmosphere of Shiraz and its hospitable people who enjoy making new friends from all over the world and welcoming guests in their city with open arms will cause you to have a wonderful time while visiting Shiraz.

Based in the city of Shiraz, PackToIran Iranian travel agency specializes in tours of Shiraz. From Shiraz City Tour which covers the attractions of the Islamic Era like the Zand Complex to excursions to ancient legacies of Achaemenids on the Persepolis and Pasargadae tour, and visiting the Sassanid city on Bishapour Tour we have designed different Shiraz Day Tours which let you explore the glamour of Shiraz attractions on a guided tour.