The Vakil Mosque of Shiraz, which is also known as the Sultani Mosque of Shiraz, is located beside the Vakil Bazaar at the end of Shamshirgar Ha alley of the bazaar, and is a part of the Zand Complex of Shiraz, including glorious constructions dating back to Zand Dynasty, when this city was the capital of Iran. This mosque which is one of the must-see places in Shiraz, exemplifies the wonderful architecture and ornaments of Islamic mosques during the Zand Dynasty in Shiraz. 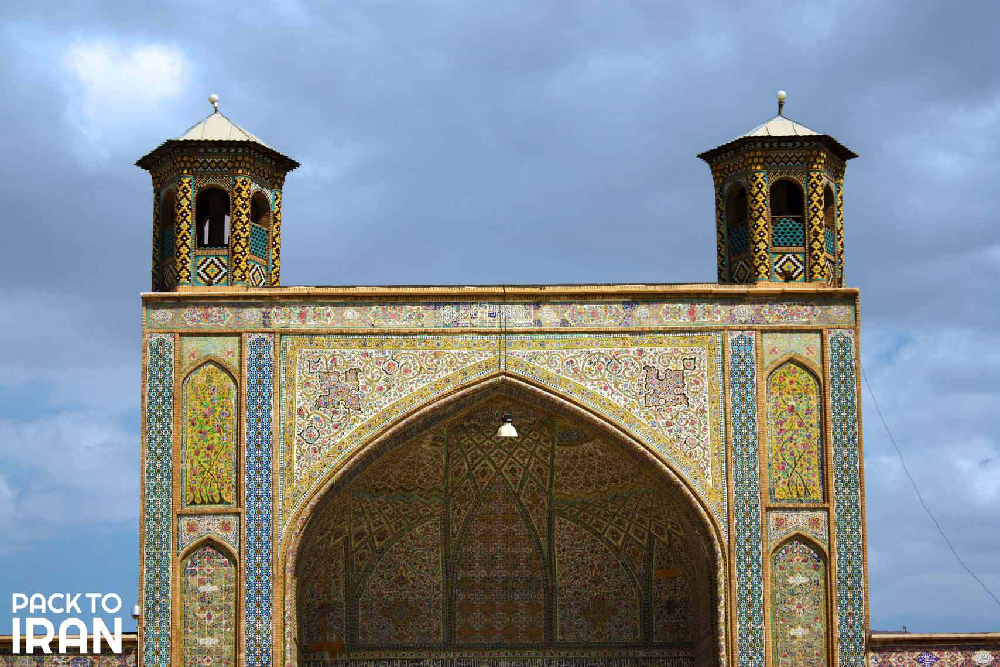 The History of Vakil Mosque

Mr. Pierre Loti has mentioned the Vakil Mosque in his book named “The Way to Isfahan” as a mosque with simple architecture, with red, green, turquoise and navy blue tilework and ornaments covering almost every spot of the mosque. This mosque was built in 1774 by the order of Karim Khan Zand, the great king of Zand Dynasty, the same time when the Vakil Bazar and the main city square were constructed. All these constructions caused Shiraz to become one of the most amazing places in Iran during that time. This mosque was later repaired by the order of Mr. Hussein Ali Mirza Farmanfarma, the son of Fath Ali Shah King of Qajar.

The Architecture of the Vakil Mosque of Shiraz

With incomparable architecture, exquisite stone carving, and eye-catching epigraphs, the Vakil Mosque of Shiraz has always been one of the top Islamic constructions in Iran.

The entrance door of the mosque is a two-piece door with eight meters height and three meters width (each side). This door opens to an octagonal shaped space (called Hashti in Iranian architecture) with an eye-catching ceiling ornamented with floral tilework and Islamic phrases written in Kufic script. The entrance of the mosque is located by the entrance of Shamshir Gar alley of Vakil Bazaar.

Tagh-e Morvarid or the Pearl Arc is located on the north side of the mosque and is a wide arc with a 20-meter minaret on each side with tileworks. Totally, the width of the arc including the pillars on both sides is about 20 meters. The arc is located between four other arcs, one of which used as the entrance to the courtyard of the mosque and the others are faced to a corridor (called Ravaq in Iranian architecture), which is 5-meter wide. The ceiling and the walls of the Tagh-e Morvarid are decorated with seven-color tilework, showing Indian floral motifs. Also, the Ezareh (Dado) of Tagh-e Morvarid, which is the lower part of wall, are made with marble stone and carved with delicate patterns. The stone made inscription located in this part shows year 1828, and the other inscription shows some Quran verses in Thuluth. 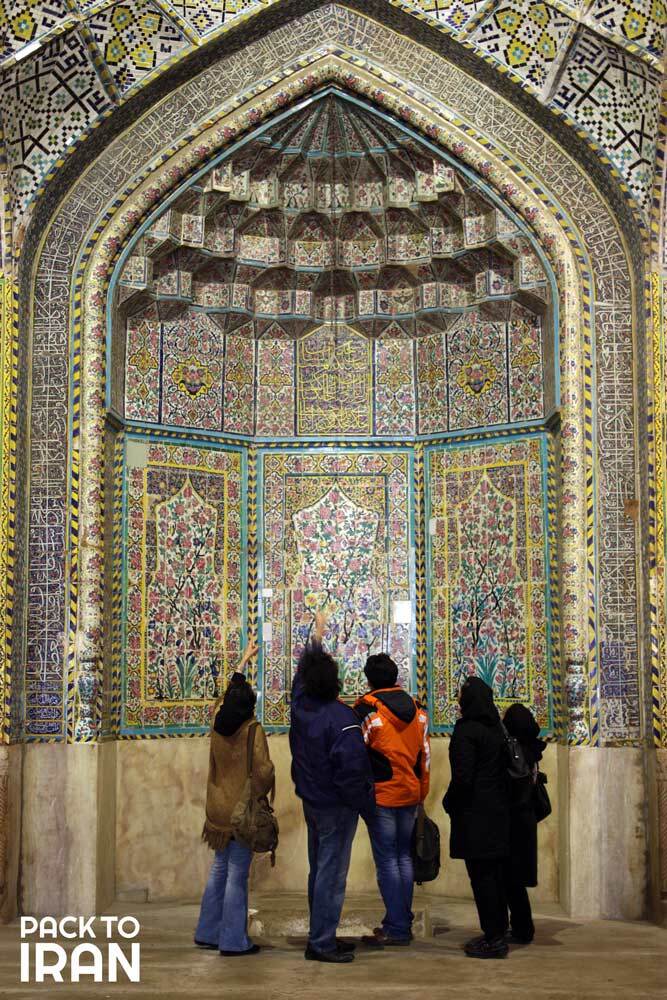 Shabestan or Shabistan is a space (sometimes underground) which is a main part of traditional buildings of Iran, and is usually used during summer. The Vakil Mosque of Shiraz has two Shabistans on the south and east sides of the mosque. The southern Shabistan is located right in front of the Tagh-e Morvarid with four arcades at the entrance with a large door. This iconic shabistan is a five thousand meter in square area with 48 pillars, which are made with stone and ornamented with spiral lines on body and leaf-shaped motifs. The floor of the Shabistan is covered with flat stones. There is a Manbar (seat) in this Shabistan which has 14 stairs made with marble stones. It is said that Karimkhan ordered these marble stones from Maragheh, a city in northeast of Iran. Also, the Mihrab of this Shabistan is decorated with Muqarnas tiles and seven-colour tiles, with mesmerizing designs. 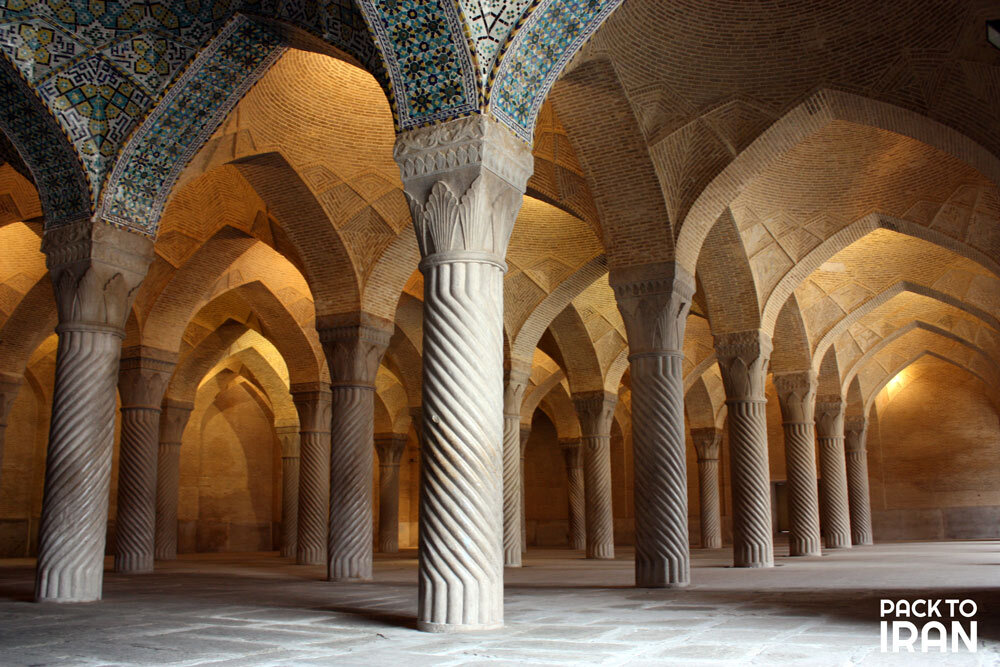 Visiting the Vakil Mosque of Shiraz