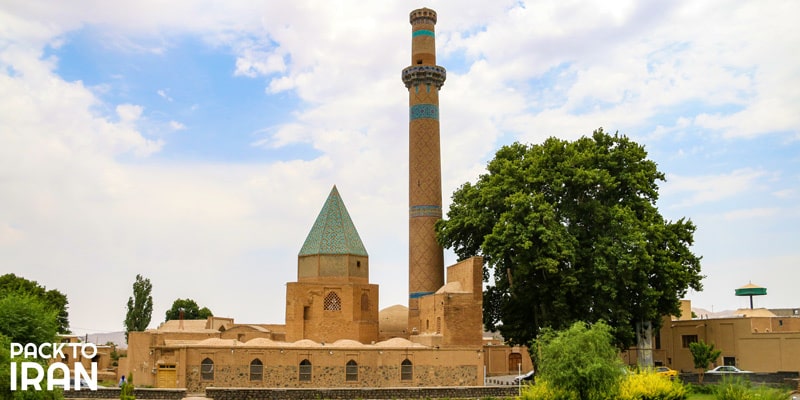 All you need to know about Natanz City

With pleasant weather especially during spring and summer, and various attractions, the historical city of Natanz is a place that should be visited in Iran.

Natanz is a lush city with mild and pleasant weather, located in the northeast of Isfahan Province (135 kilometers away from the city of Isfahan). Natanz has a very rich history and culture and is one of the touristic cities of Iran, known as a piece of heaven in the middle of barrens and deserts of Iran, where residents of the area used to gather to pass hot and dry summer days in its lush gardens. This city is so lush and green which is titles as the city-garden of Natanz. The altitude of Natanz, which is located on the foothills of Karkas Peak is 1600 meters above sea level, and it has a mild weather with cold winters and cool pleasant weather during summer. Also because of the rich flora and fauna of Karkas Mount, various types of plants, herbs, trees, and also different species of animals like wild boars, fox, wild cat, and 53 different types of local and migrant birds are available in this region. According to a record about 70 percent of medical plants of Iran grow in Natanz region. 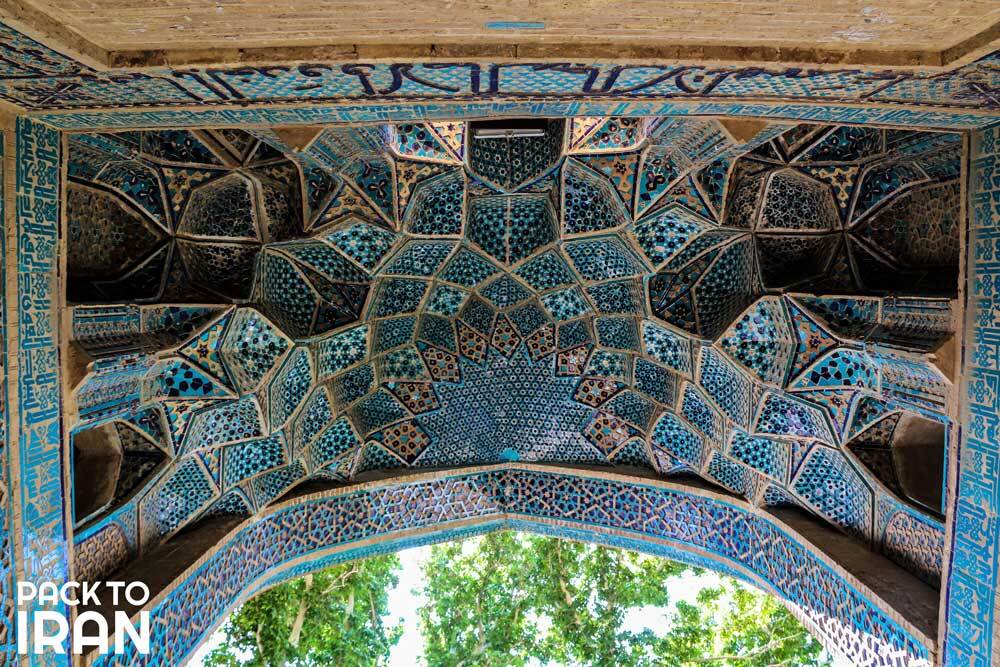 The history of Natanz

Since ancient times, people of Natanz were famous for being professional gardeners and the big number of green gardens of the city is a proof of this claim. This city was used to be called Natan or Natin, which is a combination of two Avesta words of Na and Tanj meaning a small place with plenty of water. The antiquity of Natanz dates back to pre-Islamic era, and apart from the green and endless gardens of Natanz, there are a lot of historical and cultural attractions that should be visited in this city.

Natanz Jaame Mosque also known as Tomb of Sheikh Abdul Samad Isfahani is one of the main attractions of Natanz, dating back to Ilkhanid era. This mosque has a wonderful architecture, with turquoise blue tilework on the dome of the mosque and the interior, which show the skill of Iranian architects. The mosque has a high minaret and an iconic pyramidal dome. The mosque is located inside a beautiful garden where tombs of other Ilkhanid great men are located. 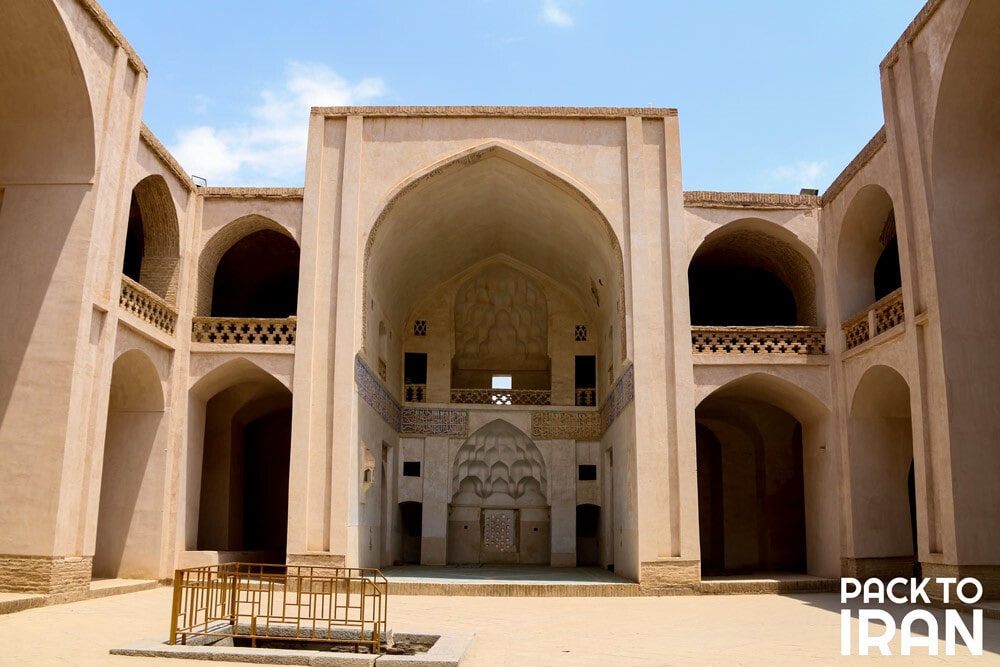 The Fire Temple of Natanz is located close to the Natanz Jaame Mosque. Fire temples are constructions related to Zoroastrianism in Iran, and were places for keeping fire, one of the four sacred elements in ancient Iranian philosophy. The Natanz Fire Temple is a Chartaqi construction (meaning four arces) with four rooms, and dates back to Sassanid Era. Four out of seven columns of this 2-meter-high building has remained until today, and also one of the four rooms is still available. The construction is made with stones covered with plaster. 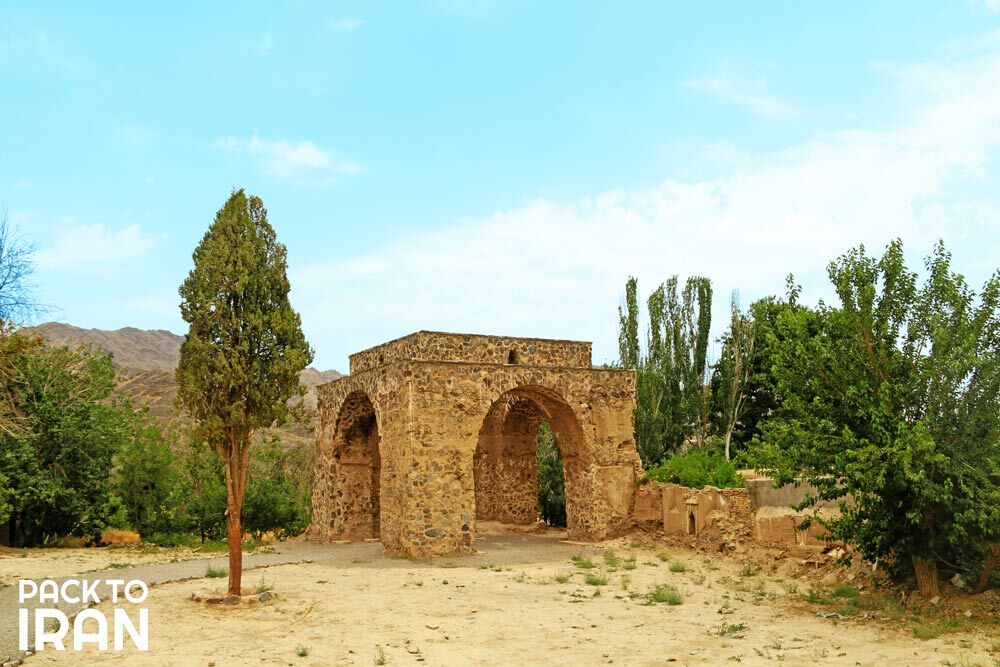 Hanjan Village is located 2o kilometres away from Natanz in the heart of mountains and rivers and has a very lush and cool climate. This village is known for its historical architecture and old houses made with mud bricks, stones, with wooden doors and windows. Hanjan was a thriving village during Safavid and Qajarid era, and most of the houses that have left in the village are from the Qajar era. The old architectural texture of Hanjan, including the Castle of Hanjan, mud brick alleys, houses and arcs, has made this village a significant destination in Iran among architecture and history lovers. The locals of Hanjan Village still wear their traditional outfit, which is an attraction of the village, and they are busy with agriculture and gardening, and pomegranate, fig, apple, and pear are some of the famous products of Hanjan gardens.

There is a large cypress tree in one of the old districts of Natanz named Kuye Rahn. This cypress tree is abou 1000 years old and is 30 meters high.

Pariyan Cave (meaning cave of Jinns) is located 8 kilometers away from Natanz. This cave was discovered in 2000, and 11 halls of the cave have been discovered since then. This cave is known for its stalagmites and stalactites, however visiting this cave is an adventurous activity and it should be visited by a professional guide with tools.

Karkas (Vulture) Mountain Range covers an area about 3400 kilometers in square in central Iran stretched from northwest to the southeast. Most of the stones of the mountain are Igneous rocks. The Karkas Peak is the highest peak of this mountain range, with 3895 meters height. This peak is covered with snow about half of the year and many fountains originate from this mount. Karkas Mount is home to different wild animals and plants. An octagonal stone made construction located on the peak of Karkas which is believed to be a memorial built for the legendary vulture that saved the governor of Natanz from a snake. Karkas Peak is one of the professional and adventurous mountain climbing routes in Iran, especially during winter. 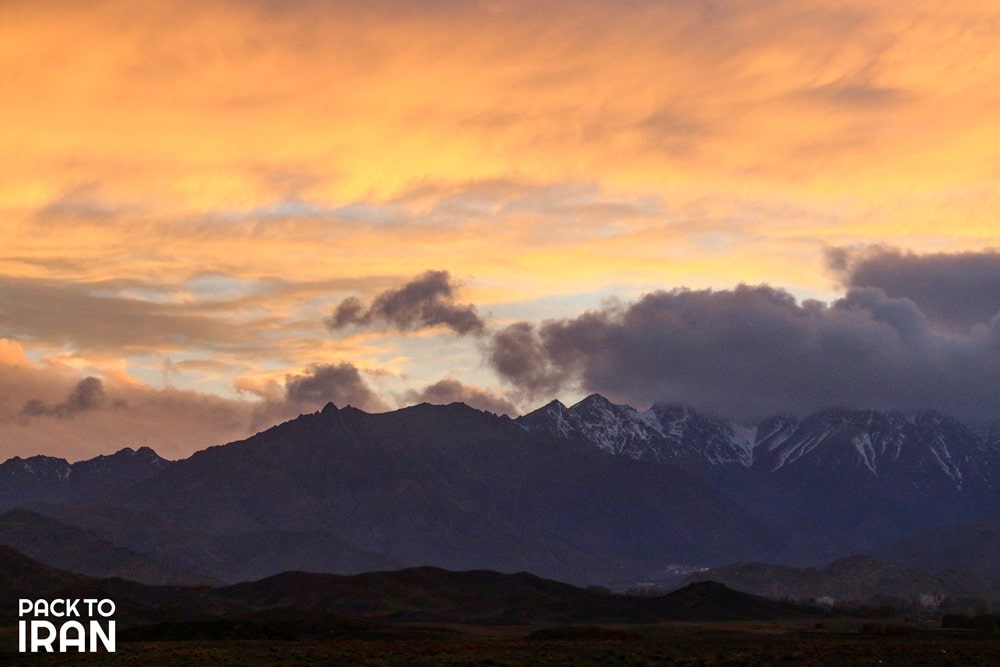