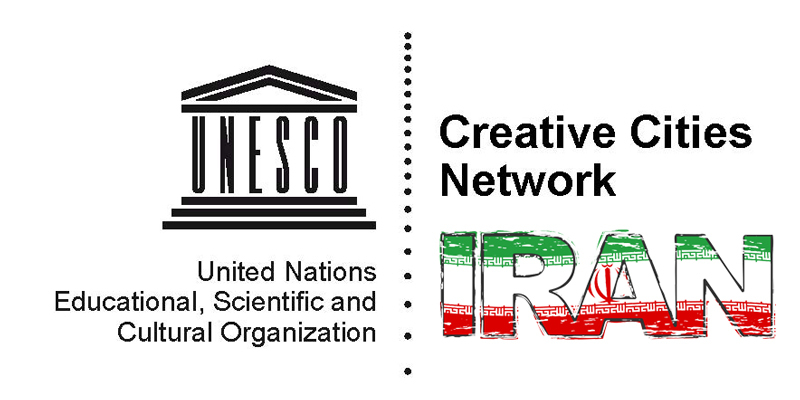 Since 2004 UNESCO started introducing and inscribing world creative cities network as a strategic factor for sustainable urban development, and the cities of this channel work for their common target, which is development of local society and international collaboration. The creative cities of UNESCO cover seven different niches including:

In fact, the cities that are added to UNESCO creative cities are committed to sharing activities and cooperation with public and private sectors in order to achieve different goals like creating cultural products, developing opportunities for producers of different niches, etc. Apart from 24 tangible UNESCO sites, 2 natural UNESCO sites, and 16 intangible UNESCO sites in Iran, there are four UNESCO creative cities that have been inscribed by this organization so far, and they will be introduced below:

With 1.5 million residents, Isfahan is the third biggest city in Iran and the center of crafts and folk art in Iran, with most specialized craftsmen in 167 different disciplines, which has led to getting registered as UNESCO creative city of crafts and folk art. Today, more than 9000 active craft and folk art workshops are busy with creating and producing handicrafts, a big number of which are located around the UNESCO listed Naqsh-e Jahan Square, which is one of the most wonderful historical squares in the world and one of the top cultural attractions of Iran. In other words, the handicrafts bazaar of Naqsh-e Jahan Square is a live and permanent exhibition of premium crafts of Isfahan with a rich historical and cultural background. Some of the most famous handicrafts of Isfahan include Ghalamkar which is art of printing patterns on textiles, Ghalam Zani or engraving patterns on metal objects, Mina Kari or enamelling, Khatam Kari which is a type of delicate woodwork, and Isfahan carpet known as one of the top Persian carpets.

If you go to a traditional restaurant in Rasht, the center of Gilan Province in the north of Iran, it will probably take a long time for you to choose between the various foods that you see on the menu, as there are a lot of Gilaki foods winking at you. The diversity of Gilaki foods and their amazing taste, has caused the city of Rasht to be designated as the creative of gastronomy by UNESCO. The diversity of Gilaki cuisine comes from its rich nature which is both by the Caspian Sea and also has a very booming agriculture because of great amount of rain and also healthy soil, leading to fresh and diverse plants and herbs throughout the year. The city of Rasht has more than 170 traditional cuisines, mostly characterized with having much garlic and vegetables. The most famous cuisines of Rasht that shouldn’t be missed in this city are Mirza Ghasemi (barbequed eggplant, tomato, garlic, egg), Torsh-e Tareh (aromatic vegetable stew), Baghali Gatogh (a special bean, herbs, garlic topped with egg) Anar Bij (sour pomegranate juice stew, walnut, and meatballs), Kebab Torsh (sour kebab). As you see Rasht cuisine offers a lot of choices for vegetarians.

Bandar Abbas is a port located in southern Iran by the Persian Gulf, and has been a very strategic spot throughout history and a gateway to other parts of the world. Bandar Abbas is known for its seafood, traditional music and dance, rich culture and most importantly its rich handicrafts and local art and handicrafts. Because of antiquity and historical background, the handicrafts and folk arts of Bandar Abbas has caused this city to become one of the UNESCO creative cities in Iran. Handicrafts of Bandar Abbas that are usually created by local women are divided into three categories including: practical and marine crafts (made with seashells, etc.), local clothing (including traditional embroideries), and local musical instruments. Crafts and local arts of Bandar Abbas have special impact on economy of the city and other towns and villages of the region.

Located in the west of Iran, Sanandaj is the second largest Kurdish city of Iran, home to 500,000 Kurd people, one of the most important ethnic groups of Iran with very rich culture and art, and Daf (a nationa Persian percussion instrument) and Tanbur (a string instrument) are most famous musical instruments that characterize Kurdish music. Music and dance is an inseparable part of Kurdish culture. This city is also home to some famous musician families like Kamkar, Baba-Shahabi, Yousef Zamani, Farajpoori, etc. Today in Sanandaj, there are more than 25 professional music institutions, more than 30 active Kurdish music group and 12 musical instrument producers, all dedicating their time and energy to preserving the wonderful and amazing traditional Kurdish music. Iran Kurdistan tour offers the authentic experience of meeting Kurd people and getting familiar with their rich culture.