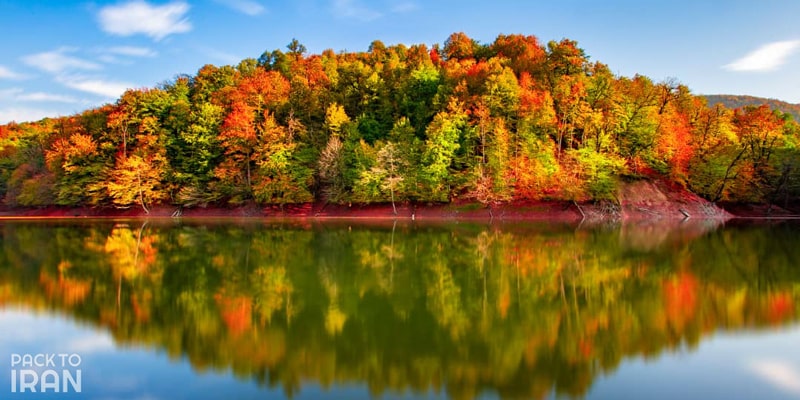 Amazing Places to Visit in the North of Iran

North of Iran is a lush and green, yet small and narrow area (compared with the rest of Iran) located in the south of the Caspian Sea and north of the Alburz Mountain Range, and consists of 52 towns in three provinces of Golestan, Mazandaran, and Gilan. Because of its amazing weather and the dense Hyrcanian Forests which is the oldest forest on earth, and also the great Caspian Sea, north of Iran is a very significant touristic area in Iran, where thousands of Iranians travel to each year, especially during spring and summer. It also has very unique and undiscovered natural and even historical attractions, that have caused it to become a superb destination among foreign travelers. Although the climate in the north of Iran is similar to European countries, exploring this beautiful region offers a whole different cultural experience. Below are some of the most amazing places to visit in North of Iran:

The vast Golestan National Park is the oldest Iranian national park and one of the most significant habitats of wildlife which is 900 kilometers in square and is located in North Khurasan Province and Golestan Province. Topographically, this amazing national park is formed by limestone cliffs and low-sloping hills and includes both lush dense forests with humid climate and semi-arid areas with different altitudes from 450 meters to 2411 meters above sea level. This diversity has led to very diverse and rich flora and fauna including about 1350 plant types and 302 animal species from mammals to birds and reptiles and insects. With amazing weather, scenic views, fountains, waterfalls, and beautiful valleys, the Golestan National Park is an amazing natural attraction to explore in northern Iran, where nature lovers can enjoy trekking and camping tours. 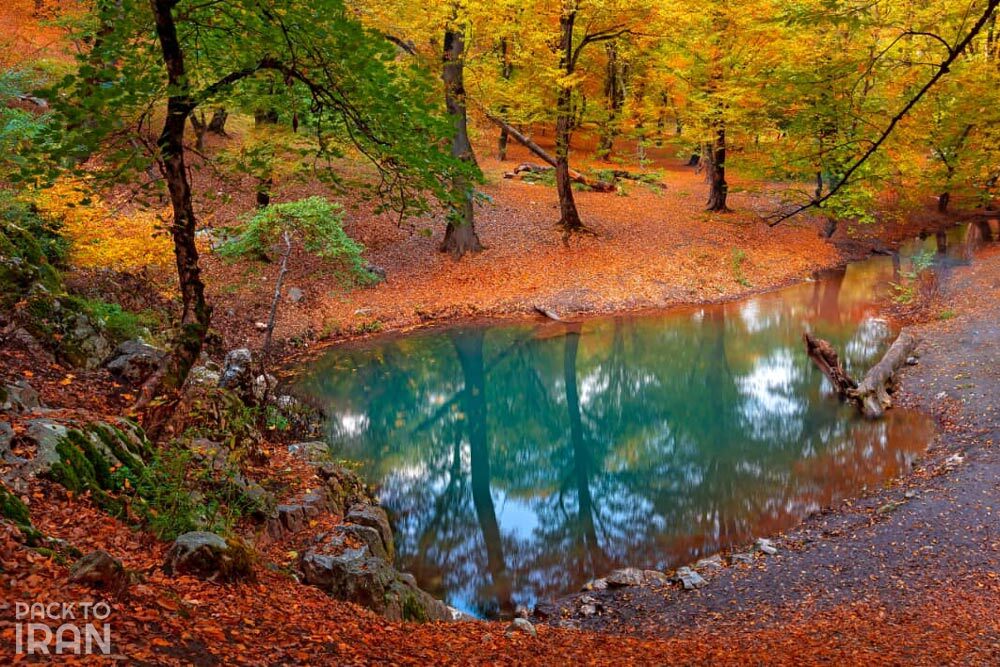 The Khaled Nabi Cemetery is a unique and amazing attraction in Turkman Sahra in Golestan Province. It is a historical cemetery located at the heart of a vast plain which gets covered with green velvet in spring and looks like a green wavy endless sea. Apart from its scenic nature, what makes Khaled Nabi an exotic attraction is its phallic-shaped statues which are believed to symbolize men's and women's bodies. Here you will also visit the shrine of Khaled Nabi, who is known as the last prophet before Muhammad who made very long journeys during his lifetime. 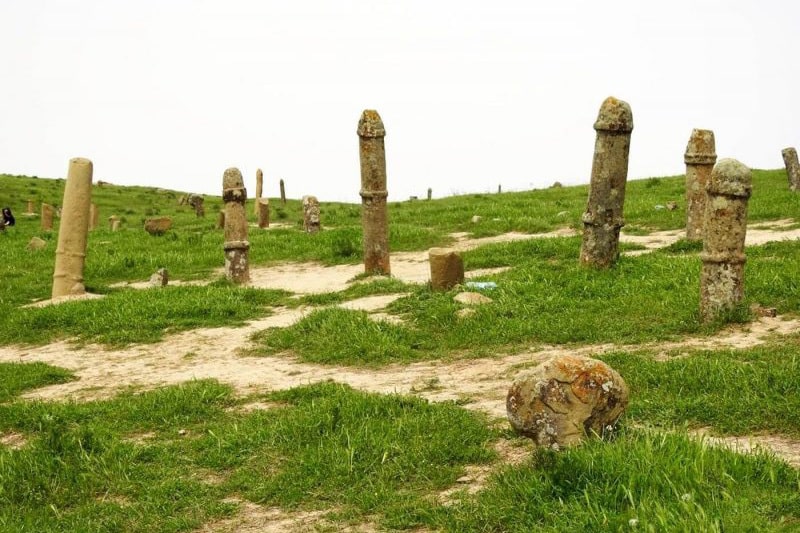 The Abbas Abad Garden of Behshahr is one of the most important historical gardens of Iran located in Behshahr, one of the important towns of Mazandaran Province. This garden is one of the nine Persian Gardens listed as a UNESCO World Heritage and it is the only one located outside the deserts of Iran. This Garden was built by the order of Shah Abbas as his summer residence during the 17th century. This historical complex includes a palace, a lake, a dam, brick towers, and a watermill, all surrounded by dense forest, that causes it to have a mesmerizing and surreal atmosphere. 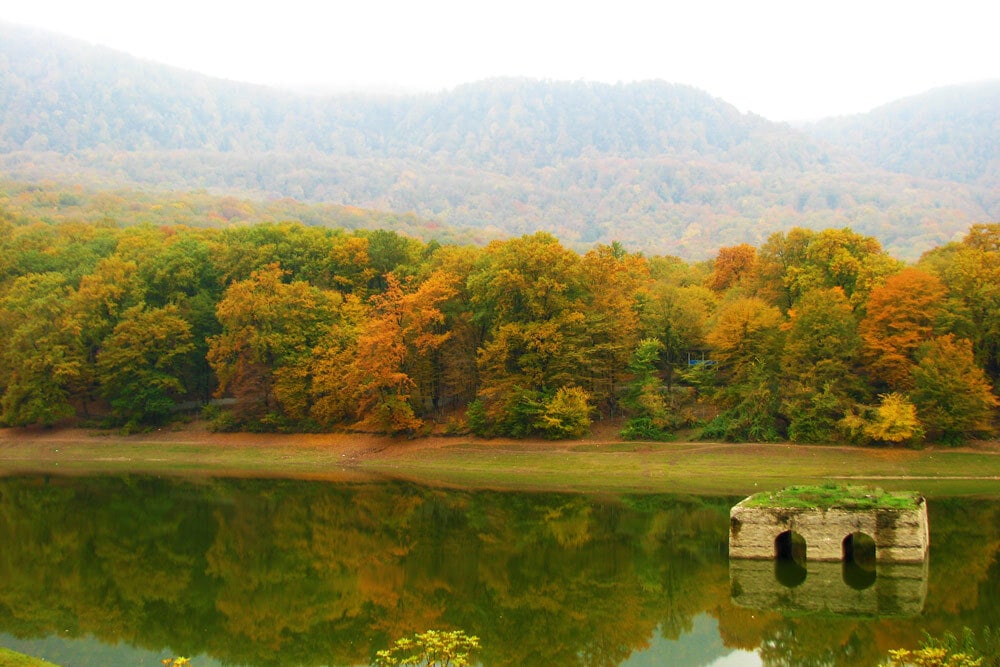 Ghale Rudkhan or the Rudkhan Castle is one of the most important and well-preserved historical and military fortresses of Iran, located in the heart of forests 20 kilometers away from the Fuman Town in Gilan Province. Discovered in 1830 by a Polish historian, the antiquity of the Rudkhan Castle dates back to the Sassanid era or early Islamic era, however, it was amended in Seljuk Era and was used as a military station until the Zand Dynasty (18th century). Since more than 1600 stairs should be passed for reaching the Rudkhan Castle, this immense and mysterious construction is known as the "thousand stair fortress", including watching towers, arcs, and numerous rooms, all made with brick and stone. The eastern section located on a hill had a military function and included an entrance gate, a prison, residential rooms, and two towers. The central part which is located at the lowest level included the main gate, and the west side, which is constructed on a steep slope, has different sections including a water cistern, watershed, alcove, and residential rooms. Visiting the Rudkhan Castle is both an adventure trekking and also a wonderful and unique cultural experience. 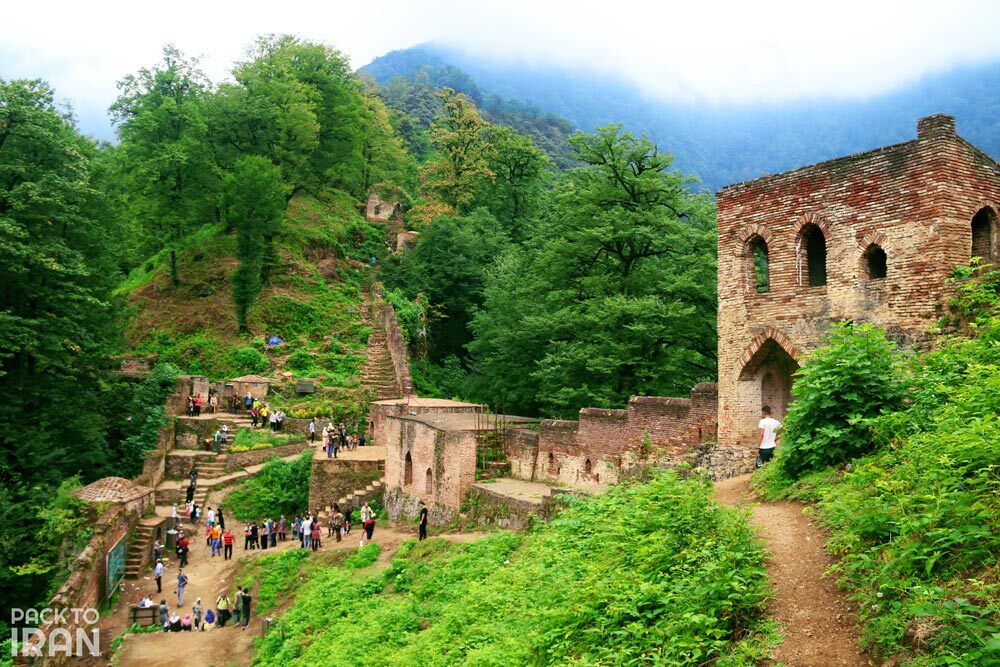 If you are a fan of rural tourism and getting relaxed by spending a couple of days at an attractive village, then Masouleh Village is a great choice for you. Masouleh is one of the most mesmerizing villages of Iran and also one of the amazing places to visit in the north of Iran, because of its stepped architecture, peaceful and vibrant atmosphere, and warm-hearted residents. This village is located in the west of the Gilan Province 70 kilometers away from the city of Rasht. Masouleh Village is known for its traditional bazaar where you can find local handicrafts like wicker products and cute knitted socks, and also its cafés with a nostalgic atmosphere where locals gather, play backgammon, and have tea. Sitting on the balcony of a traditional village house and enjoying the scenic view of foggy forests, especially during autumn is a lifetime experience, which you can enjoy in Masouleh Village. 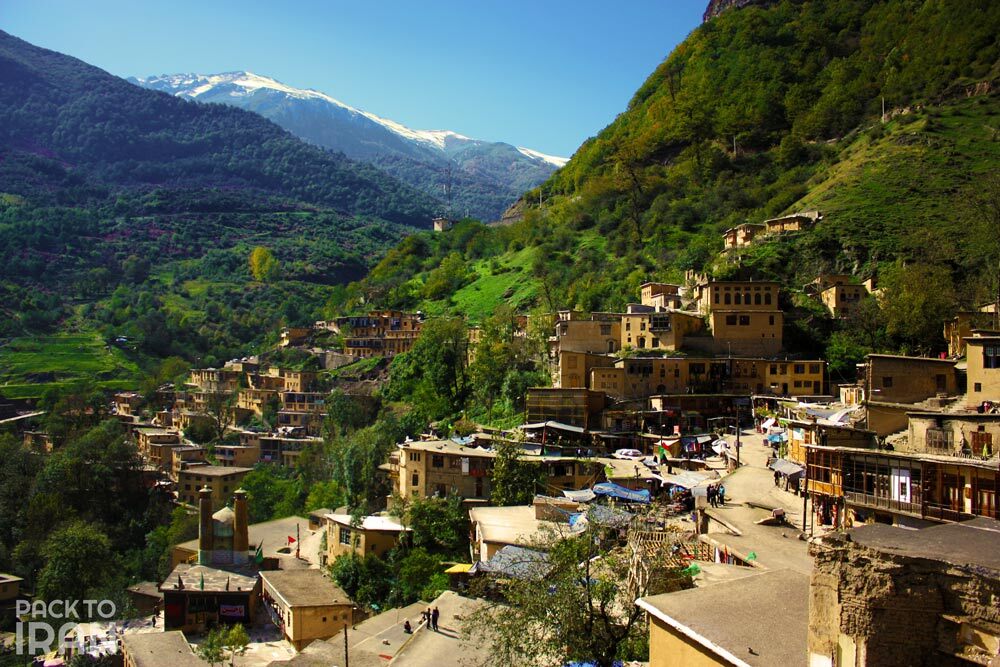 The North of Iran Tour of PackToIran is a unique tour that offers experiences much different from classic tours of Iran, therefore it sounds like a great idea for travelers who are traveling to Iran for the second time and look for new aspects of Iran's culture, history, and nature.