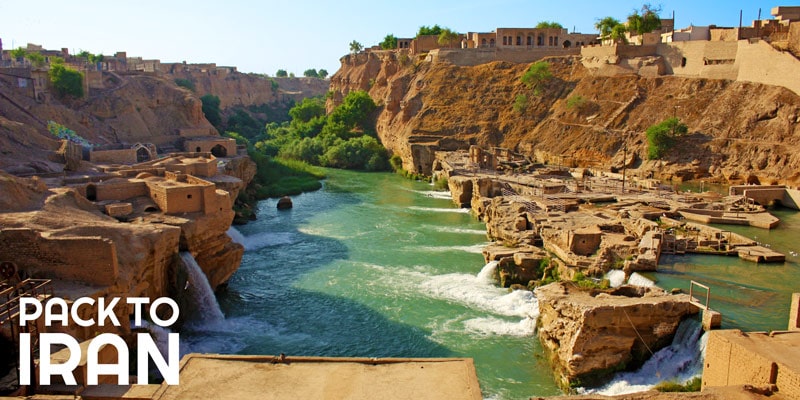 The ancient land of Khuzestan - A complete travel guide

With a rich cultural and historical background, the ancient land of Khuzestan is the cradle of the oldest civilization of the world, and the ancient heritages scattered in this vast province are the proofs of this claim.

The Khuzestan Province is 64000 kilometers in square and with 5 million residents, is the fifth populous province of Iran, and is the most important producer of gas and oil in the country. The center of Khuzestan Province is the city of Ahvaz. Located on the southwest of Iran, Khuzestan has both mountainous and plain lands and meets the Zagros Mountain Range from east and north, and the Persian Gulf on the south, and has very rich water resources including immense rivers like Karun and Dez. Despite the major damages caused by the 8-year war between Iran and Iraq, Khuzestan is one of the most amazing travel destinations in Iran in terms of ancient and historical attractions and its wonderful nature, and traveling to Khuzestan, which usually takes 2-3 days, needs a plan since the must-see attractions of Khuzestan are located in different parts of this vast land.

The attractions of Khuzestan are located in different parts of the province so exploring all of the main heritages takes some short trips and guided tours. Below are the top attractions of this ancient land that shouldn’t be missed visiting:

The world-known Tchogha Zanbil Ziggurat is an ancient Elamite complex located 80 kilometers away from Ahvaz and 30 kilometers from Susa and is the first heritage in Iran that got registered by UNESCO. Built around 1250 BC by the order of the Elamite king Untash-Napirisha, this immense construction was a temple for praising the great god Inshushinak. The Tchogha Zanbil Ziggurat is 105 in 105 meters and was originally 53 meters high in five levels, crowned with the sacred Inshushinak Temple, the whole building is made of mud-brick decorated with baked bricks, some of which are glazed and cuniform characters. This ziggurat is one of the few samples located outside Mesopetomia and is known to be the most well-preserved one.

The Shushtar Hydraulic System is a masterpiece of engineering left from the Sassanid Era and consists of thirteen constructions including dams, hand-carved water canals, water mills, and tunnels that were designed and built for managing and utilizing water. Some of the most important parts of this system are the Mizan Dam, Gar Gar River, the waterfalls and watermills, and the Kolah Farangi Tower. During the 19th century, the famous French archaeologist named Jane Dieulafoy introduced this project as the greatest industrial complex invented before the Industrial Revolution. The historical city of Shushtar is located in the north of the Khuzestan Province and is about 100 kilometers away from Ahvaz.

The Apadana Palace of Susa was the winter palace of the Achaemenid kings and the main palace of Darius the Great, which was built around 515 BC, in the ancient city of Susa on the ruins of Elamite relics. The walls of this royal palace were built by adobe with brick façade and the columns are made of stone. The interior walls were covered with glazed tiles with motifs of imperial guards, water lilies, and winged lions. The Darius Palace consists of different parts including Harem Halls, gates, and the Audience hall named the Apadana Palace. The Apadana Palace is a 10434-meter area and was renovated by Ardeshir II. This palace has three ivans with columns, a central hall with 36 columns, which are 20-meters high and are crowned with cow head statues, which were taken by the team of French archaeologists that excavated the Apadana Palace in 1880. This ancient heritage, including archaeological mounds and layers of urban settlements from the Elamite, Achaemenid, and Parthian empires, is registered as a UNESCO World Heritage Site. You can visit ancient objects excavated from this area, at the Museum of Susa, located by this site.

Tomb of Daniel the Prophet

As a result of the cruelty of kings, many prophets migrated to Iran from their lands throughout history, and the tombs of many of them are still available in Iran. One of the most significant tombs in Iran is the Tomb of Daniel the Prophet, which is known for its amazing architecture. Daniel the prophet, who is among the prophets with a holy book, lived during the 7th century BC in Babylon, and because of his high intelligence and his skills, many kings and governors asked for his advice. In 655 BC, he got prisoned in the city of Susa by the order of Nabukad Nasr, the king of Babylon and at last, he passed away and got buried in the same city. His tomb which is one of the main attractions of Khuzestan is known for its special conic dome.

Foods to try in Khuzestan

If you are a fan of spicy and chilly foods and seafood, you are going to enjoy foods in Khuzestan.

Ghalyeh is one of the most famous Iranian stews which is made in the south of Iran from Khuzestan to Bushehr and Hormuzgan. This tasty food is made with aromatic herbs like coriander, fenugreek, garlic, tamarind, spice, and fried fish. This stew is also cooked with shrimp and is named Ghalyeh Meygoo. 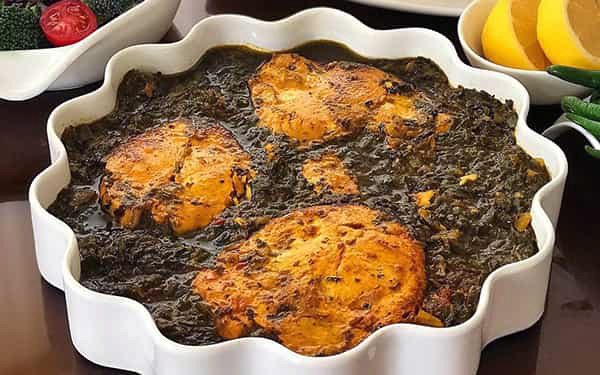 This food is the traditional cuisine of Khuzestan made with rice, raisins, and fried fish. 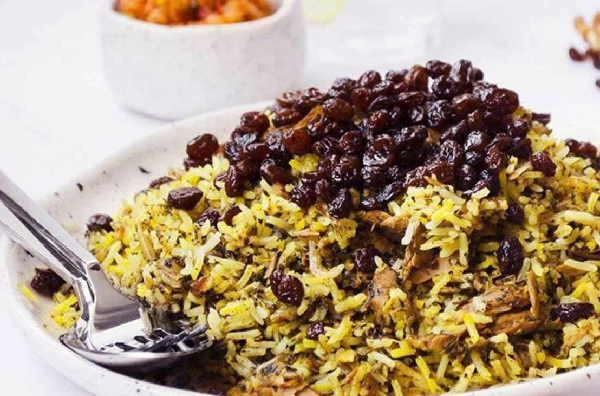 Originally coming from Lebanon, Felafel is a very popular type of street food in the south of Iran, especially in Abadan. Felafel is made with half-cooked and ground pea which is fried and has a crispy texture and is served as a tasty sandwich. 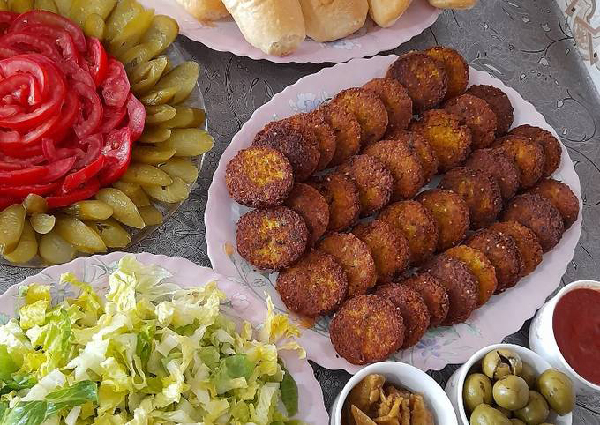 Sambooseh or samosa is originally from India but it has a special place in Khuzestan food culture. This is a mixture of cooked potato, spice, onion, and pepper, wrapped in bread and then deep-fried in oil. 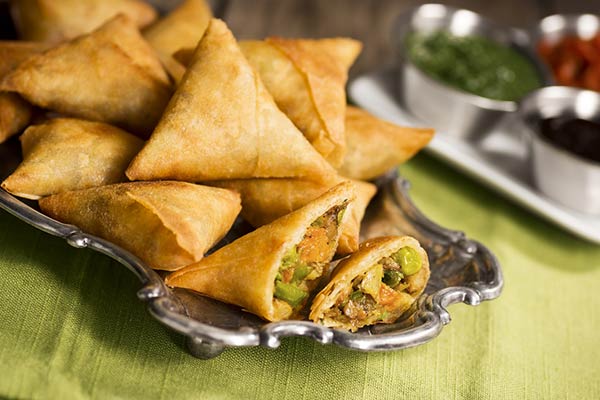 One of the most famous attractions of Ahvaz, where you can experience a fun nightlife and taste tasty street foods is the Lashkar Abad Street. Here you can taste different types of local fast foods like Samosa, Felafel, sweets, and even Arabic coffee. 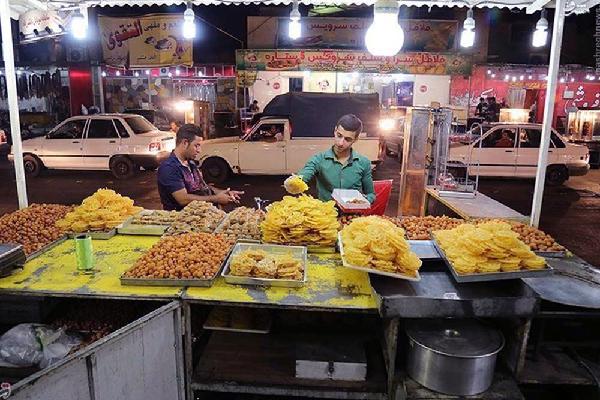