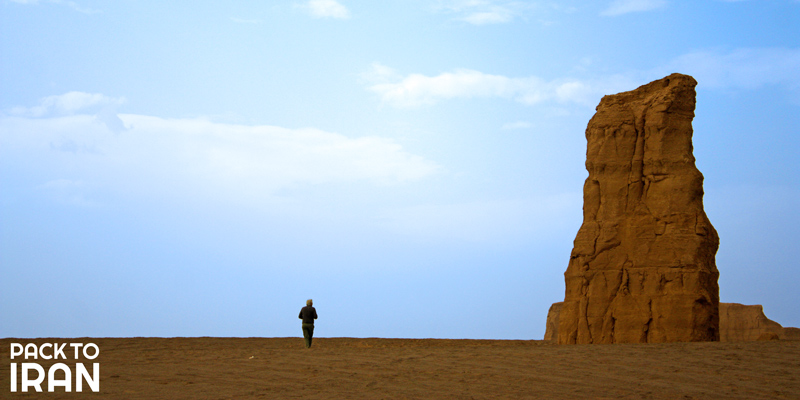 Amazing places in Iran that seem out of this world

From north to south and east to west, the four-season land of Iran is home to awe-inspiring natural attractions that offer diverse and exotic experiences throughout the year. There are many amazing places in Iran that seem out of this world, that you shouldn't miss while exploring this country.

Nowadays with this modern and fast life, we’re all dreaming of traveling to new exotic destinations and exploring amazing natural attractions that ease our minds. Iran is home to some of the oldest civilizations of the world, the friendliest people, and wonderful architectural legacies. However, apart from manmade heritages, the undiscovered and otherworldly attractions of wilder Iran from surreal geological formations to dense forests and endless deserts blow every visitor’s mind and attract nature lovers from all over the world.

Below we have introduced some of the amazing places in Iran that seem out of this world, and are unique destinations that attract travelers with a unique taste in travel.

No article about the natural attraction of Iran would be complete without mentioning the astonishing Lut Desert. The Lut Desert is the world’s 34 largest desert covering a vast area in Kerman and Sistan o Baluchistan Province in eastern Iran and it was registered as a UNESCO World Heritage Site in 2016. This desert offers scenic landscapes from surreally beautiful yardangs (known as Kaluts), which are sandy rock formations created by wind and water erosion in millions of years, to smooth dunes, and also Nebkas or desert vases (sand dunes formed around the root of desert plants) which all can be witnessed in the Shahdad Desert the most popular part of the Lut Desert among the desert lovers. The other amazing feature of this desert is its clear sky that performs the most scenic shows during sunset or starry nights, when you can catch many meteorites. 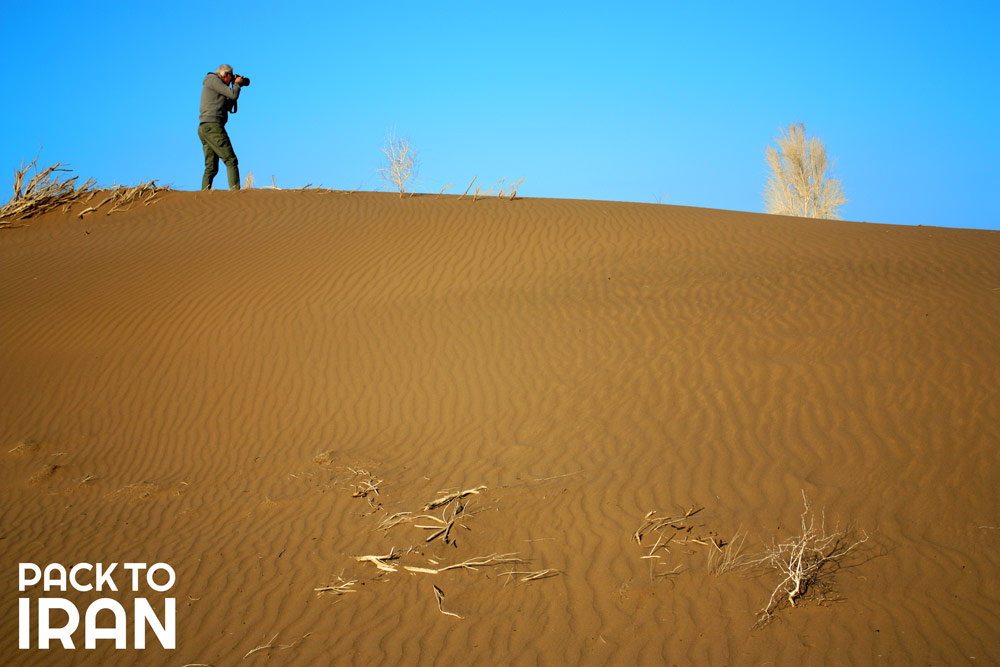 Located 41 kilometers on the northeast of Tehran, the legendary Mount Damavand is the highest peak of the Alburz Mountain range which is stretched from the northwest to the northeast of Iran and is like a wall that separates the northern region of Iran with its foggy and rainy climate (most of the year) from the rest of the country. Known as the highest peak in the Middle East, the Damavand Peak is 5671 meters high in clouds and has a special place in Iranian folklore and poetry as a symbol of immortality and strength. This iconic peak is one of the most suitable mounts for climbing and offers 16 different climbing routes that usually take two to five days to be passed. During the adventure, the mountain climbers enjoy the rich fauna of the area and its amazing natural scenes like the plains covered with wild red tulips, water springs, the legendary scene of the peak covered with snow all year round. If you are interested in taking this adventure, check out the Damavand Climbing Tour of PackToIran which covers the oldest climbing route of Damavand, the southern flank. 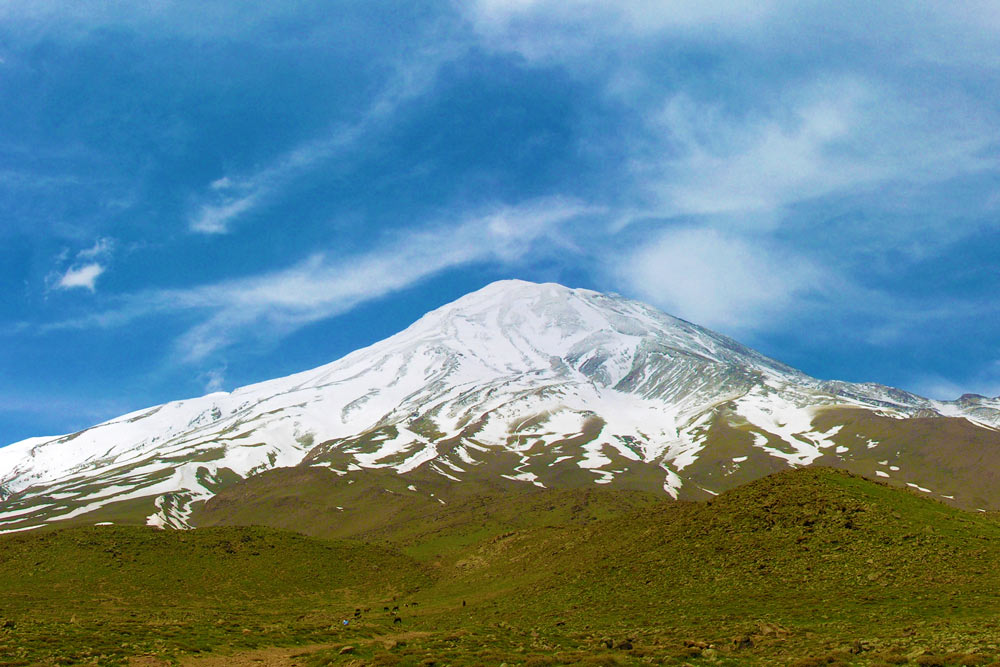 With vast plains of harmonic hills covered with green velvet in spring, rivers, and dense forests, the Turkmen Sahra is an area in the northeast of Iran covering an area in the Golestan and North Khurasan provinces. The Turkmen Sahra is one of the special natural attractions of Iran which has become a booming destination especially during spring and early summer. Among the most important landmarks in this region is the Khaled Nabi Cemetery which is known for the hundreds of genitalia-shaped gravestones known as a mysterious attraction, and also the UNESCO listed Gonbad-e Qabus tomb tower which dates back to the 11th century, and is masterpiece of Islamic architecture in Iran. Apart from its wonderful natural landscapes, Turkmen Sahra is home to people with a very rich culture. The life of Turkmen nomads is characterized by riding the best breeds of horses, playing amazing music with the UNESCO listed Dotar instrument, and the eye-catching traditional outfit women and men wear. 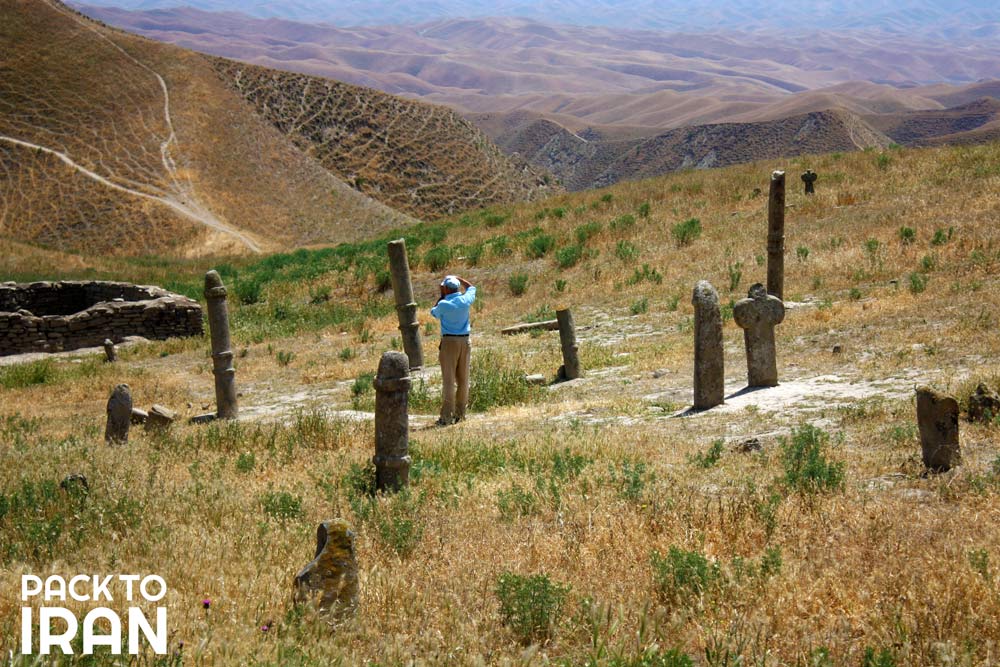 Located in the Persian Gulf, in the south of Iran (8 kilometers off the Iranian coast), the Hormuz Island is   It is not much more than 20 years that travelers and nature lovers have discovered the magical Hormuz Island as a scenic natural attraction and it has become a booming destination, because of its scenic beaches known as the red soil beach (known as Golak by locals), the silver beach ( because of its shining silver sand), and other magical places like the valley of statues, known for its strange sedimentary rock formations and volcanic materials, the rainbow valley, the salt goddess cave, etc. This island is also known for its special atmosphere and warm-hearted locals. Considering the high temperature from late spring to the end of summer, the best time of year for traveling to the Hormuz Island is in autumn and winter. 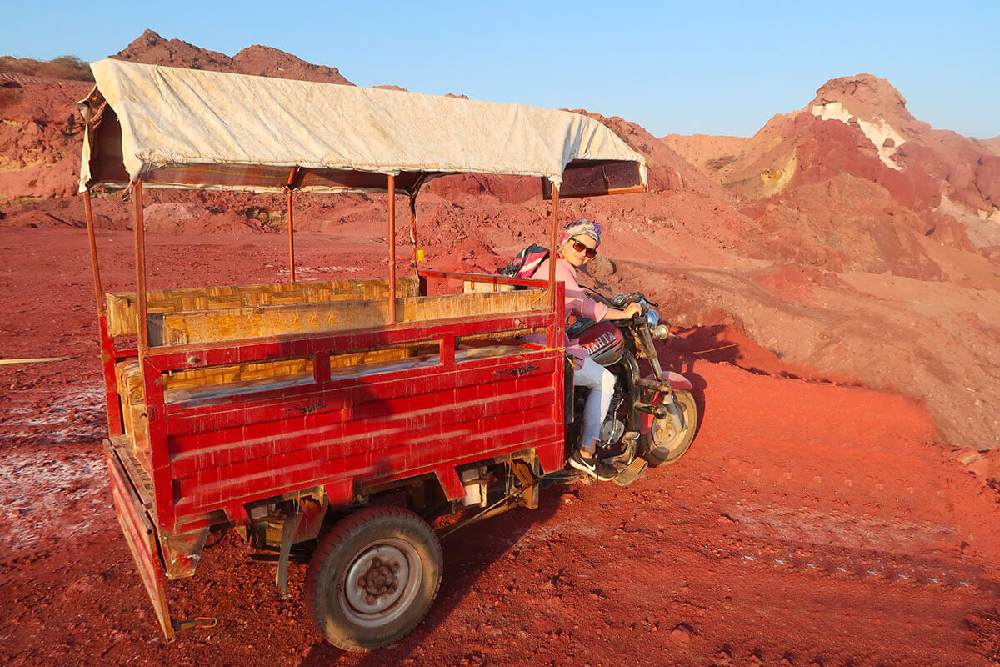 Located in the Alburz mountain range in the rainy Gilan Province of northern Iran, the Laton waterfall is 170-meters high and is one of the 30 highest four-season waterfalls in the world. This waterfall is hidden among the dense Hyrcanian Forests known as the ancient forests of the world with diverse flora and fauna, originates from the Espineh or Espinas Mount and it flows through the Lavandvil River for 17 kilometers and then pours to the Caspian Sea. For visiting the Laton Waterfall and enjoying its amazing forest and also hot water springs, you need to take a 4WD car and be accompanied by a local guide, as it has an undiscovered route passing through the forests. 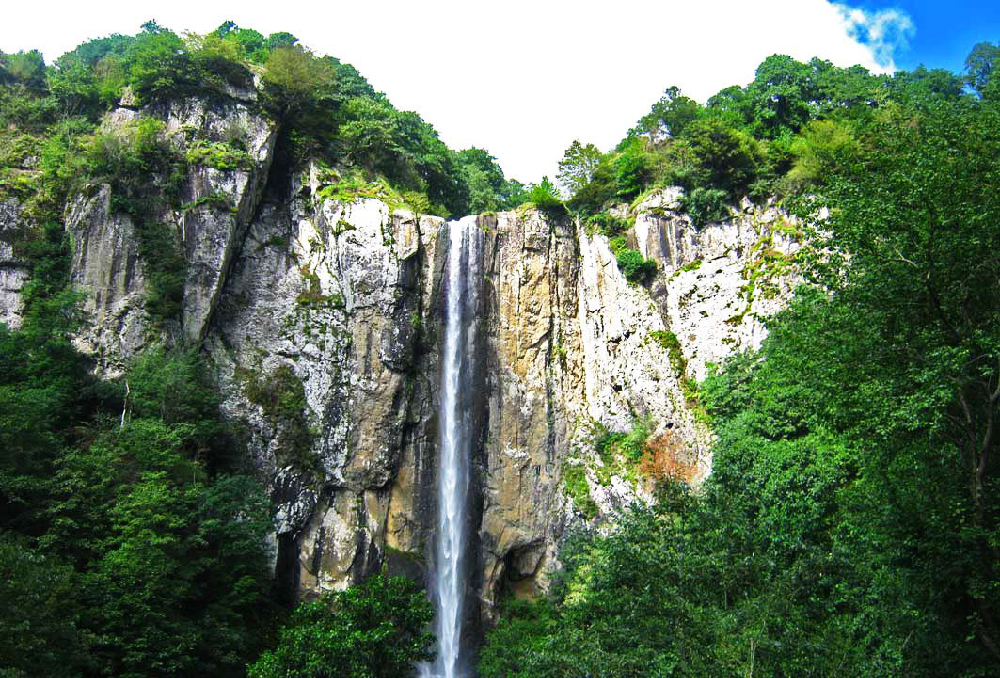