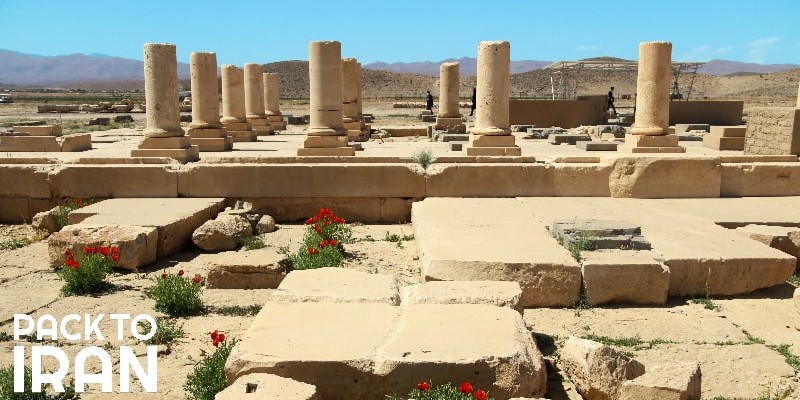 Located in Fars Province near the city of Shiraz, the top three Achaemenid heritages including the Pasargadae, Persepolis, and Naqsh-e Rostam are must-see ancient attractions that someone should visit in Iran to learn about the history and wonderful art of this historical era.

The Achaemenid Empire was the first official dynasty during the ancient era in Iran founded by Cyrus the Great in 550 BC when he defeated the Median Empire. During the kingdom of different Achaemenid kings, this empire was extended from east of Asia to the Balkans, Eastern Europe, and Egypt, causing it to be known as one of the largest empires in the history of the world. The Achaemenids ruled their vast territory for more than 200 years and in the end, they got defeated by Alexander the Great in 330 BC. This great empire ruled over people from different nationalities with their religions and traditions, and one of its main characteristics is respecting the freedom and the human rights of every person with any nationality and belief. Also what makes the Achaemenids so bold is their special attention to culture and art which led to wonderful heritages in Iran including architectural masterpieces like palaces, delicate pieces of jewelry and potteries, and symbolic art pieces with floral and legendary animal motifs that amaze visitors and make them wonder about the stories behind them. The Achaemenid Empire is known as one of the most important and effective kingdoms throughout the history of Iran and the legacies left in this country from this golden era are among the most famous and amazing attractions that someone should visit in Iran for sure.

The most famous Achaemenid sites including the glorious Persepolis, Necropolis (Naqsh-e Rostam), and the Pasargadae are located in Fars Province in the southwest of Iran where this great empire rose and as mentioned before they are must-see attractions of Iran that you can easily visit on the Persepolis, Pasargadae, and Necropolis tour from Shiraz.

The Ancient city of Pasargadae

Located 60 kilometers away from Shiraz, the UNESCO-listed Pasargadae complex is a collection of ancient constructions made by the order of Cyrus the Great, the founder of the Achaemenid Empire. This magnificent complex includes the iconic Tomb of Cyrus which is known for its simple yet magnificent construction, the remains of the Pasargadae Royal Garden, registered as the first Persian Garden designed based on Chahar Bagh (four quadrants) layout, water fountains, the Audience Palace, the Private Palace, summerhouses, Tal-e Takht, the Tomb of Cambyses, and even some Islamic constructions like a mosque, and the Muzaffari Caravanserai. The style of architecture of the Pasargadae complex and the mythical stone carvings of the palaces show a combination of Persian art and the art of neighboring empires like Lydia and Ionia, which was also the source of inspiration for building the next Achaemenid capitals in the region like the Persepolis.

Persepolis or Takht-e Jamshid (meaning: Throne of Jamshid) was the splendid ceremonial capital of the Achaemenid kings for about 200 years. Including royal palaces and halls, this city was founded by Darius the Great in 518 BC and then was expanded by the command of Xerxes and Artaxerxes I by building new personal palaces. By studying the historical documents like the cuniform inscriptions and interpreting the bass reliefs the historians found out that Persepolis was mainly a place for holding the Nowruz or Persian new year ceremony, which is the most important Iranian festival until today. On this day groups of guests from different nations came to Persepolis for celebrating Nowruz and offering presents to the king. Takht-e Jamshid or Persepolis is a 125,000 square meter area including different palaces made by architectures and artists from Assyria, Egypt, Lydia, Babylon, India, etc. showing an impressive collection of inscriptions, which are precious historical documents, and bass reliefs showing different scenes like the guests bringing new year presents for the king, the sacred cypress tree, and the symbolic scene of the lion pushing the bull showing the start of spring and change of season. Some of the most significant parts of Persepolis include the entrance stairways, the Gate of All Nations which is a stone made gate characterized by two sphinxes welcoming the guests and visitors, the Apadana Palace which has the most complete and well-preserved collection of the bass reliefs of Persepolis, the Tachar Palace with its impressive architecture, the Hadish Palace, etc. This valuable treasury of history which exhibits the noble art and the power of Achaemenids got registered as a UNESCO World Heritage Site in 1979 and is the most famous historical site of Iran. 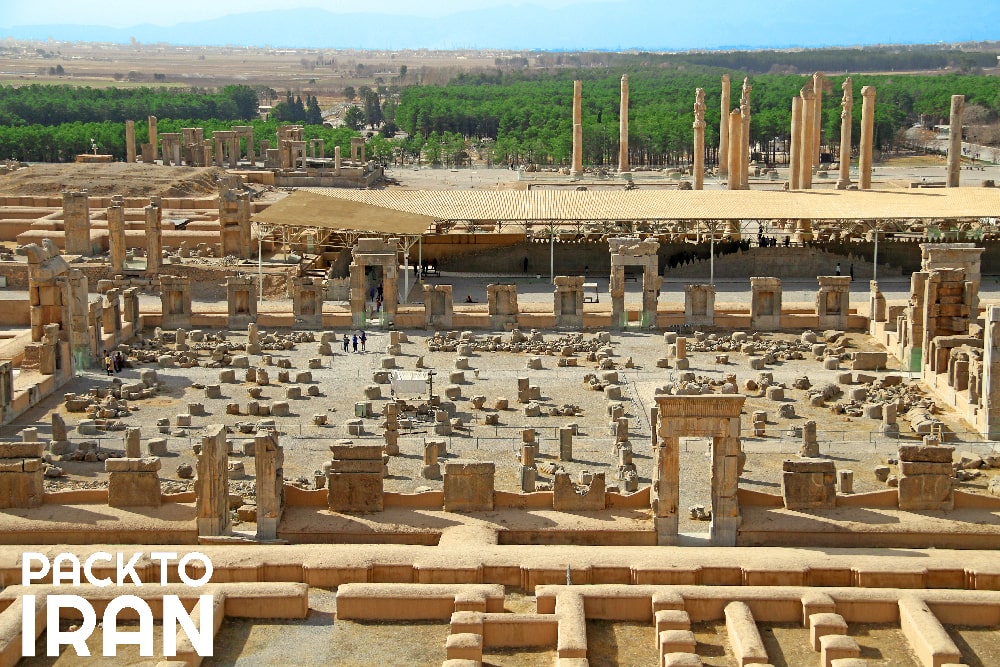 Naqsh-e Rostam is an ancient complex located 6 kilometers away from Persepolis, including legacies from 1200 BC to 625 AD related to the pre-historic Elamite Empire, the Achaemenids, and the Sassanid Era. This complex houses the rock tombs of four Achaemenid kings including Darius the Great, the Xerxes, Artaxerxes I, and Darius II, which are rood-shaped tombs dug into the rock wall and are ornamented with delicate ornaments inspired by Persepolis bass reliefs. Since the kings of the Sassanid Era were impressed by the history and art of the Achaemenids, the Necropolis was a sacred place for them, therefore they created some amazing bass reliefs at this place, that show royal incidents and of the Sassanid era like the Coronation of Ardeshir Babakan the founder of Sassanid Empire, the victory of Shapur king over Romans, the victory of Bahram II, etc.

0 1
You can rate this post
Users Rated: 5 From 1 rates
Comments