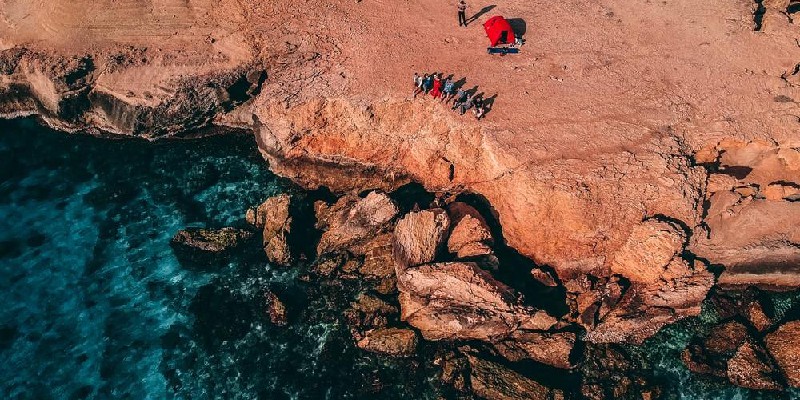 All you need to know about the Hengam Island

The Hengam Island is a small and stunning island of the Persian Gulf in the south of Iran which will amaze you with its beauties. With picturesque beaches, traditional atmosphere, vast palm tree gardens and rich wildlife, Hengam Island is one of the natural attractions of Iran with many visitors.

Hengam Island is a small island located 2 kilometers away from the Qeshm Island in Hormuzgan Province counted as a part of the Qeshm Town. This island is only 9 kilometers in 6 kilometers (36.6 square kilometres) and its highest spot is 106 meters above sea level. This island has three small villages, including Hengam-e No Village (New Hengam), which is a suitable spot for ferries and boats to anchor and has facilities like a small wharf, police station, desalination workshop, and school, Old Hengam Village, which is 4 kilometers away from the new village and most of its houses are abandoned today. The other village is named Ghil which is home to about 200 locals and has some water wells. In recent years Hengam Island is becoming known as a perfect winter destination in Iran with wonderful natural and cultural attractions and so much undiscovered eco-tourism potentials.

The History of Hengam Island

Being located in the Persian Gulf and close to the Qeshm Island and the Strait of Hormuz, Hengam Island has been an important strategical military and guidance spot throughout history. During the Safavid Era Hengam Island was occupied by the Portuguese invaders. Also the England Army paid a lot of attention to this island because of its deep beaches, which made it a suitable place for anchoring military ferries. Therefore, in 1799 Sir John Malcolm paved the way for the British army to reach this strategic spot, but they couldn’t take is as Karim Khan Zand the king of Iran confronted the British Army, however they managed to occupy the island during the Qajar Era and controlled it for a long time although it was officially owned by the Iranian government. At the same time, an Arab Sheikh and the Sultan of Muscat (the capital of Oman) tried to conquer the Hengam Island. In 1928 and when hen Reza Shah Pahlavi was the king of Iran he sent three military ferries from Bandar Abbas to Hengam Island and took back its control from the British Army and other foreign authorities. Today the ruines of some watching towers are what left from those days.

The main locals of Hengam Island are originally from the Al Bu Falaseh Tribe and have the same origin with the Governor of Dubai, but today the locals of Hengam that are not more than 615 people who live if 141 houses are Arabs and Iranians with both Shiite and Sunni religions. Most of the locals are relatives and they are busy with fish farming and fishing and in recent years with their homeland becoming a tourism destination, many of them busy with related jobs such as transferring visitors from Qeshm to Hengam by boat and operating Hengam Island Tour, selling handicrafts, and also family businesses like running small restaurants, or home-stays.

The Wildlife of the Hengam Island

The Hengam Island is a safe and suitable habitat for a big verity of animals from fish to reptiles, some of which are scarce species.

Called Jabir in Persian, this beautiful and fast creature is a gazelle species which is found in Iran, India Afghanistan, and Pakistan. Jabir lives in regions with warm climate and doesn’t need much water for surviving, therefore it supplies its required water from the roots of local plants. Seeing a Jabir running at a speed of 80 kilometers per hour on Hengam Island, where you don’t expect to see such a creature makes a memorable moment. Jabir also lives in Hormuz Island, which is another destination in southern Iran.

This rare reptile is a type of lizard which was a source of food for the Arabs many years ago, however unfortunately its skin is still used as a very fine leather in some countries. The size of the male Uromastyx of Hengam Island sometimes reaches 76 meters.

This lovely creature is one of the four type of turtle specie which is going extinct and is found the Persian Gulf and one of the two types of scarce turtles still spawning on southern beaches of Iran. The average weight of an adault Hawksbill sea turtle is about 80 kilograms and every year in February they migrate to the southern beaches of Iran for spawning and they stay here until April.

But the most famous and lovely animal living in Hengam Island are the naughty and lively dolphins that swim and jump in the sea and make an amazing show. The dolphins migrate to the Hengam Island in autumn and stay until spring to reproduce in warm waters of the Persian Gulf, and then then swim to the Oman Sea.

The beaches around the Hengam Island can be introduced among the most picturesque beaches that someone can see in Iran, like the silver beach known for its shiny silver sand, Kale Khamasi Beach which is a rocky beach suitable for diving and snorkelling. In some seasons the beaches become magically beautiful during the night, because of the tiny creatures named Phytoplanktons that shine like stars in the dark.

The best time of year for visiting the Hengam Island and other destinations in southern Iran like the Qeshm and Hormuz Islands or the wonderful Chabahar Port is from early October when the weather gradually gets cooler after a long summer to April, when it gets warm and humid again.

Today you can find many ecolodges and village houses with standard services and warm atmosphere for accommodation in Hengam Island, and if you are a fan of camping by the sea, the beaches are amazing places for setting your tent. But if you are looking for a fancy hotel Hengam Island isn’t a very good place to look for it and we suggest that you spend the day in Hengam and then return to Qeshm for the night.

For receiving any information about visiting Hengam Island or booking any service at this island, feel free to contact PackToIran team.