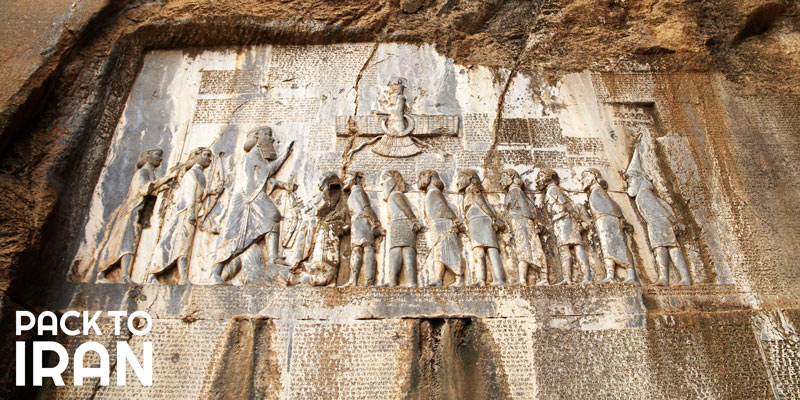 With an increase in the number of travelers who are visiting Iran, this country is becoming a popular destination, mainly because of its cultural, historical, and natural sites 26 of which are registered as UNESCO World Heritage Sites. Read about some of the less touristic UNESCO sites in Iran.

As of 2021, with twenty-six cultural and natural UNESCO World Heritage Sites, Iran has an abundance of culture and historical legacies and has the 10th spot in the number of world heritage sites. This year, Iran was awarded two new UNESCO sites including the Trans-Iranian Railway and the Cultural Landscape of Uraman Village. In this blog you are going to read about some of the less visited UNESCO World Heritage Sites in Iran which are scatted in different parts of the country.

Iran is home to numerous exotic and undiscovered natural attractions and villages, and the UNESCO listed Meymand Village is one of the most amazing ones. Located in Kerman Province with more than 12000 years’ antiquity, the Meymand Village (Meimand Village) is one of the primary human residences in Iran, including 350 hand-dug cliff structures cut into the rocks, some of which have been resided by locals for more than 3000 years. Some of these hand-dug caves are still resided by the locals, who are still living in their ancestors’ homeland despite of modernization and the arid climate of Meymand. 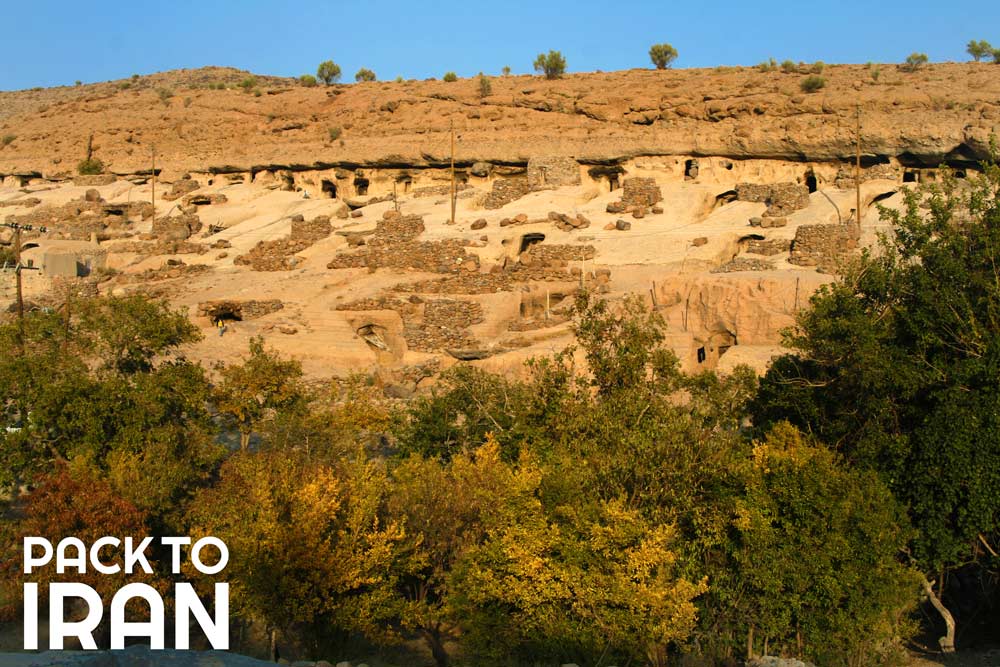 The Lut Desert is a vast area covering the south-east of Iran and was the very first natural UNESCO World Heritage Site in Iran that was inscribed in this committee’s session in 2016. Being surrounded by mountain ranges and having a very high temperature, the climate of this desert is hyper-arid, and the spectacular aeolian and erosions caused by the summer strong winds (known as yardangs) make Lut Desert a scenic and picturesque desert with ongoing geological process. This desert was known as a No Life region, nevertheless it has a unique flora and fauna adapted to the harsh environment. Apart from its geological wonders, the lack of humidity and light pollution have caused the Lut Desert to be one of the best spots for stargazing and enjoying vivid sunrise and sunset in Iran and make Lut Desert Tours a wonderful experience. 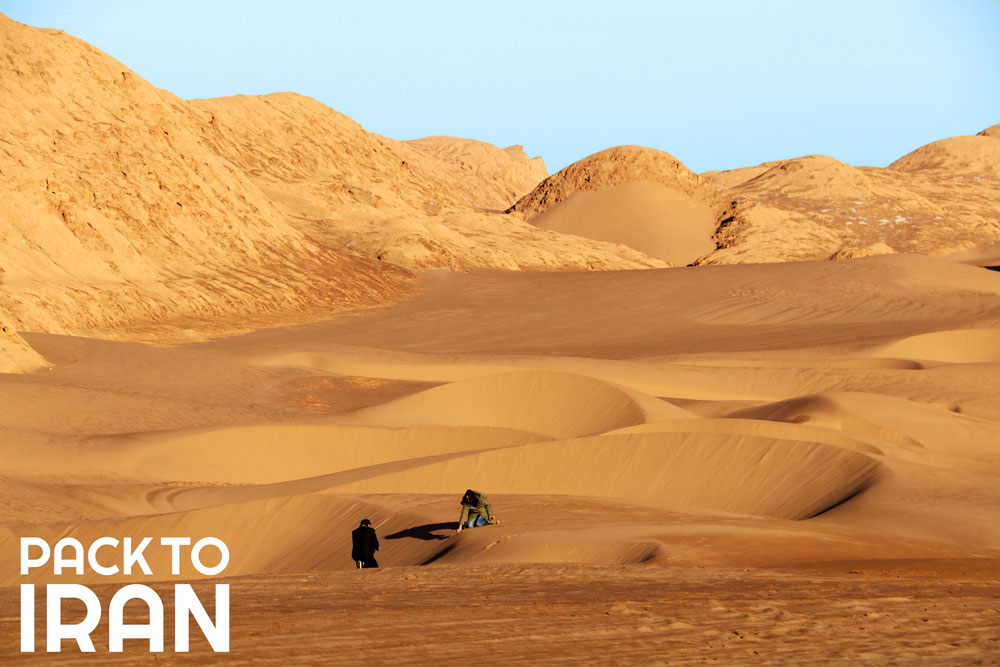 The archaeologic site of Takht-e Soleyman (Takht-e Suleiman) is located in the northwest of Iran in west Azerbaijan Province by Takab Town, and it includes a Zoroastrian sanctuary or fire temple named Azar Goshasb Fire Temple rebuilt during the Ilkhanid Era (13th century), a Sassanid Temple of Anahita, The Solomon Prison, which is a 100-meter-high mound with an 80-meter deep hole, and the mysterious Lake of Takht-e Soleyman which is believed to cover an unreachable golden city according to the myths. This ancient UNESCO site is a great sample of Sassanid power and glory. 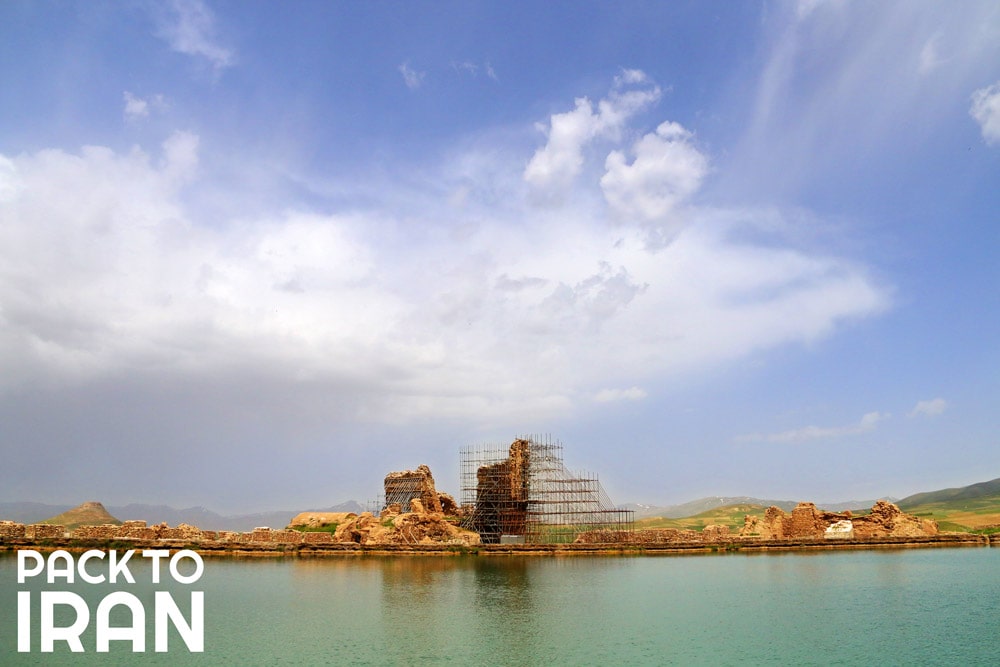 Khuzestan Province is a land in south-western Iran home to pre-historic civilizations like the Ilamite Empire and also heritages from the Achaemenid and Sassanid ancient empires, one of the most important ones of which is the Shushtar Historical Hydraulic System. This ancient site, which got registered on the UNESCO list in 2009, is a masterpiece of architecture and engineering dating back to the kingdom of Darius I, however the main improvements is related to the Sassanid Era. The Hydraulic system of Shushtar (an important city in Khuzestan Province) including water wells, water mills, artificial waterfalls and canals was used for transferring and sharing water and also watering this region’s farms and lands. 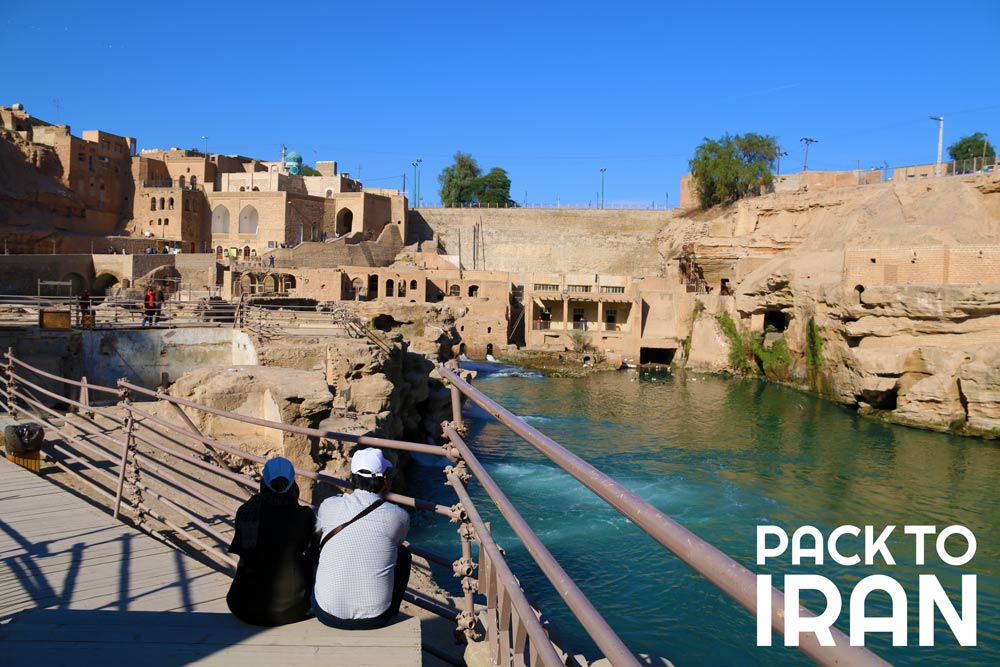 Bam is a historical city in the southeast of Kerman Province, with roots tracing back to the Achaemnid Era. During the 7th to 11th centuries this city passed its heyday and flourishing days as it was located by the important trading roads like the Silk Road and the Spice Road. Being known as a significant example of medieval fortified towns and settlement and also a trading center, the Arg-e Bam is what makes this city stand out among historical cities of Iran. This remarkable earthen and brick made construction including the governor’s palace, residential houses, maze of alleys, etc. is an important achievement of architecture in history of Iran. In spite of the major damage as a result of the 6.8 magnitude richter earthquake that struck the city of Bam and Kerman in 2003, this medieval town was restored and renovated and have still retained its historical value and glory and it is registered as a UNESCO World Heritage Site in Danger. 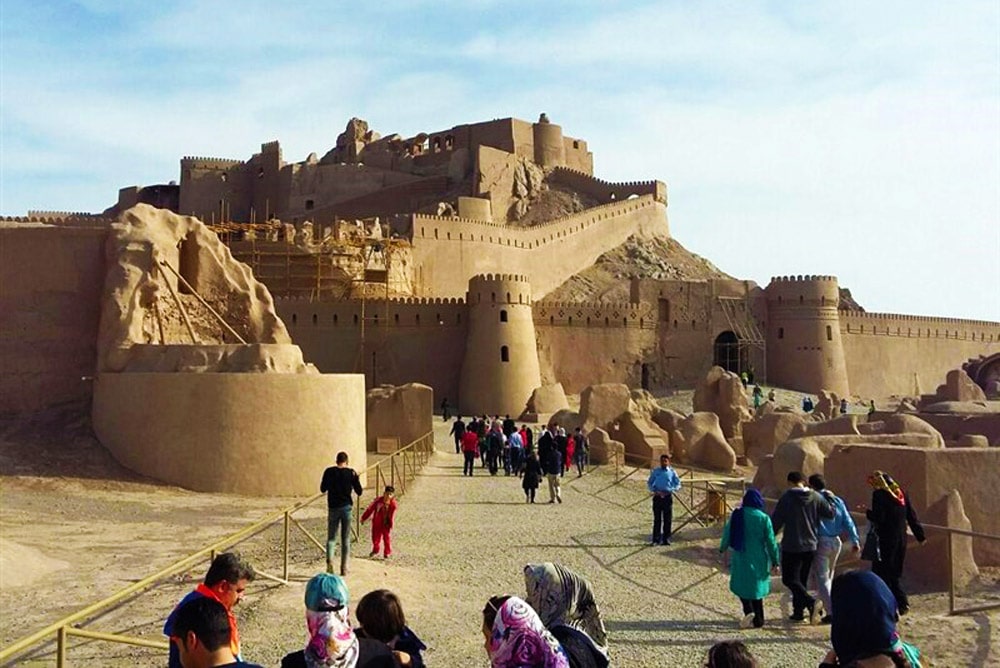 The Armenian Monastic ENsamble of Iran is a unique UNESCO World Heritage Site in West Azerbaijan and East Azerbaijan provinces and is a collection of three Armenian churches named the St. Thaddeus Monastery, the Saint Stepanos Monastery, and the Chapel of Dzordzor that have been built from the 7th century to 14th century. These three well-preserved churches were cultural and religious centers for Armenian living in the northwest of Iran and they showcase the wonderful Armenian architecture style and ornaments. 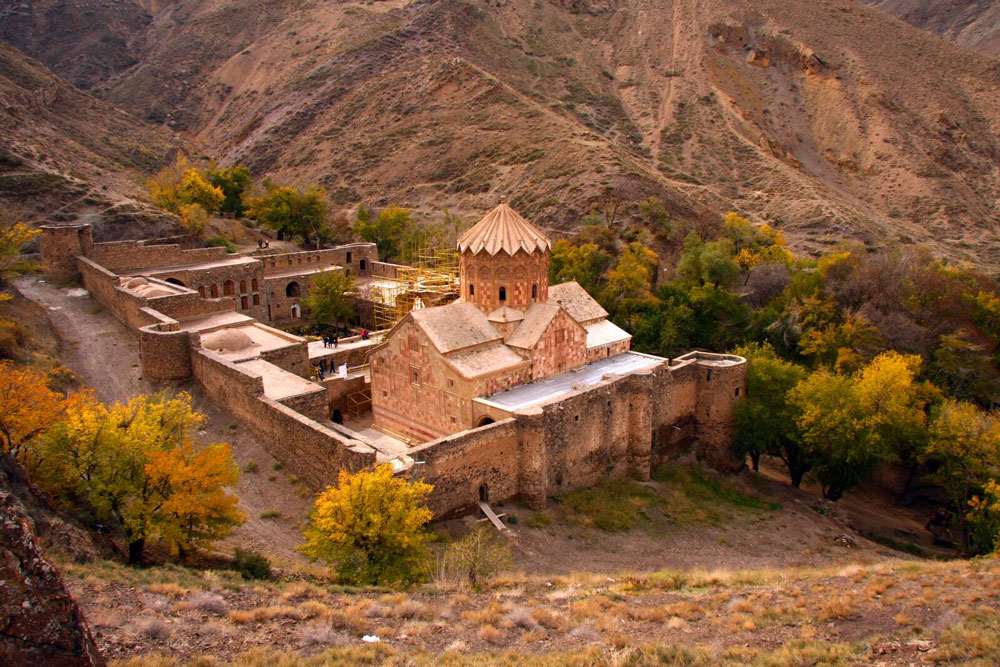 The Behistoun relief or inscription (also known as Bistoun or Bistun) is a multilingual inscription of Iran known as one of the most significant historical documents revealing so much valuable information from the ancient world. Authorided by Darius I the great Achaemenid king, the 15 meter in 25 meter carved on limestone, the Behistoun relief includes information about the life of Darius, events happened after the death of Cyrus the Great, etc. in three languages: Elamite, Babylonian and Old Persian. This heritage also includes a spectacular bass relief showing Darius I with his foot on the chest of a character named Gaumata. This bass relief also shows Achaemenid soldiers accompanying and respecting Darius and also the great deity of Farvahar on the top of the frame.