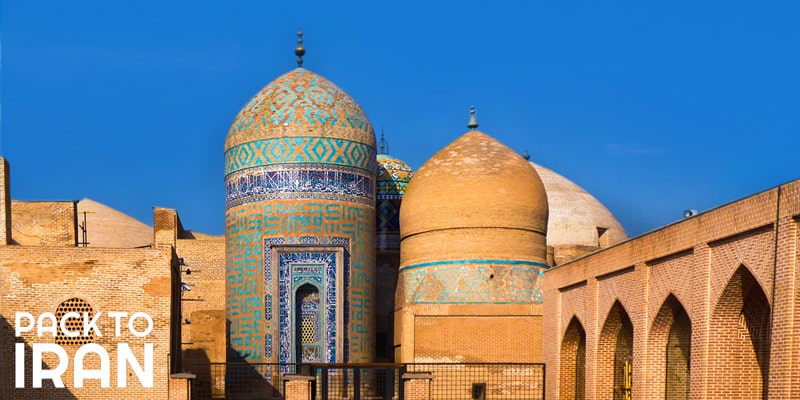 Sheikh Safi al-Din Khānegāh and Shrine Ensemble is a complex including the tomb of Sheikh Safi al-Din Ardabili, the tomb of Shah Ismail the Safavid King, a library, a mosque, some offices, etc., and is counted as one of the masterpieces of Persian art and architecture. These constructions were built from 1335 BC to 1629 BC and show the glory of religious architecture of Iran from the Ilkhanid Dynasty to the Safavid era. This significant architectural complex, located in Ardabil city in the northwest of Iran, was registered as a UNESCO World Heritage Site in 2010, and is one of the most important cultural and historical landmarks that you should visit when you visit Iran.

The History of Sheikh Safi al-Din Khānegāh and Shrine Ensemble

Who was Sheikh Safi al-Din Ardabili?

Sheikh Safi al-Din (Safi al-Din Abul Fath IshaghArdabili) was the great ancestor of the Safavid Dynasty (one of the greatest kingdoms of Iran from 16th to 17th century) and also a great Sufi known as the founder of the Safavid Khanqah in Ardabil, which was a place for spiritual gatherings of Sufism brotherhood, and gained numerous followers.

At First Sheikh Safi lived in a small farm belonged to his father, but gradually as the number of his followers and supporters was increased his Khanqah was expanded and he lived at his Khanqah for the rest of his and spent his opulent income on helping the poor and spreading Sufism. This great Sufi passed away at the age of 85 and got buried in one of the halls of this construction according to his will. Then a glorious shrine was constructed by the order of his son Sadr al-Din Moosa over his grave.

After his death, this shrine became a sacred place among the Safavid kings and was counted as an important national and political center in the country. Later, Shah Ismail the founder of Safavid kingdom got buried at this complex and this place became more important to this dynasty. During the reign of Shah Tahmasb I the shrine was expanded and ornamental elements symbolising Sufism were added. Late as more Safavid noblemen and the martymers of Chalderan battle got buried at this place, this shrine became more and more important and sacred, and it was sometimes used as a shelter for refugees even the ones who were escaping from the king.

The architecture of Sheikh Safi al-Din Khānegāh and Shrine Ensemble

As mentioned before, this complex consists of different parts including the tombs, the halls used for Sufism gatherings, the seat of Sadr al-Din Moosa, warehouses, etc. the main entrance opening to the Ali Qapu Street of Ardabil is a façade ornamented with tilework and a large wooden door leading to the great courtyard of the ensemble. This courtyard which is known as the Sheikh Garden, is surrounded with brick walls and is adorned with trees and two pools dating back to the Safavid Era. The corridor on the east side of the courtyard leads to the main stage and is known as the Shah Abbasi gate because of its tilework inscription. The surface of the main stage is covered with flat stones and the dodecagon shaped pool located at the center of the stage refers to the Twelver Shia Islam which was started in Iran during Safavid Era. The two-story rooms which are characterized with windows ornamented with Islamic geometric tiles (Girih tiles) were places used for Chilla, a moral practice of solitude and atonement related to Sufism. The Janat Sara is the highest building of the complex. During the Safavid Dynasty it was used as a mosque and today it is a museum where historical documents of Sheikh Safi al-Din Ardabili and the copy of the world known Sheikh Safi carpet are kept. The original Sheikh Safi carpet, which is one of the most famous carpets of the world in terms of weaving techniques and design, is kept in Victoria and Albert Museum of London.

The Allah Allah Dome which was built by the order of Sadr al-Din Moosa is where Sheikh Safi al-Din is buried in a wood carved box and is also the center of the complex. The exterior of this building is a tower with an octagonal base covered with stunning brick work and turquoise tilework showing geometrical and floral patterns.

The tomb of Shah Ismail is another amazing part of this ensemble. This is a square space transforming into a prism shaped as moving up to the ceiling. Apart from its amazing structure this hall is known for delicate and artistic ornaments. The exterior of this hall is also an 8-meter cylindrical tower topped with a dome and ornamented with tilework.

Chini Khaneh Mansion (ceramic house) is one of the oldest sections of the complex which was at first a place where Darwishs (the Sufi aspirants) gathered for their rituals and then during the kingdom of Shah Abbas I the exquisite books, precious objects and pieces of antique ceramics belonged to the royal family were dedicated to this place. Also a 1100-year-old Quran book written in Kufic The combination of vaults and Muqarnas and the tileworks with a touch of golden glaze has created an amazing atmosphere.