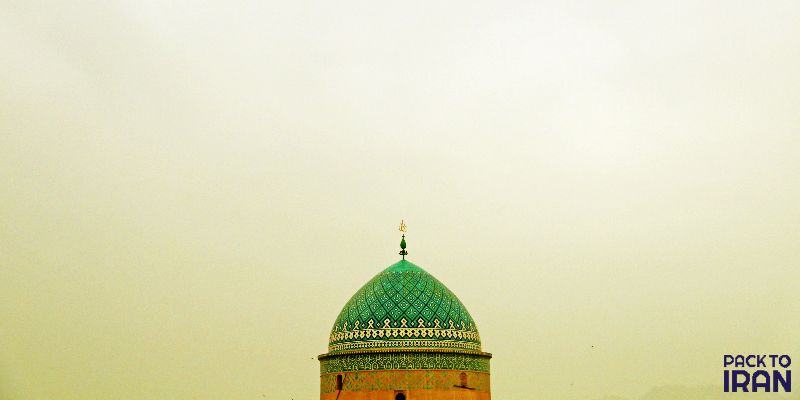 Being the center of Zoroastrianism since Sassanid time, Yazd is a must-see Iranian city that would leave every visitor speechless. The vivid shiny sky, the maze of historical alleys and buildings, and its exclusive oriental atmosphere are the reasons why you shouldn’t miss visiting Yazd when you travel to Iran. But what are the top attractions that you should visit as a traveler who is visiting Yazd? Read below to find out:

Titled as the “Atash Bahram” which has the highest rate among the sacred fires in Zoroastrian religion, the fire in Yazd's Fire Temple has burned for more than 1500 years and it has been kept alive throughout centuries and various relocations! This flame has been burning since 470 (Sassanid Empire) and is the only Atash Bahram which is located in Iran. Yazd Fire Temple at which this magnificent heritage is kept and is fed by dry wood is a brick Zoroastrian temple with an elegant garden and pond. 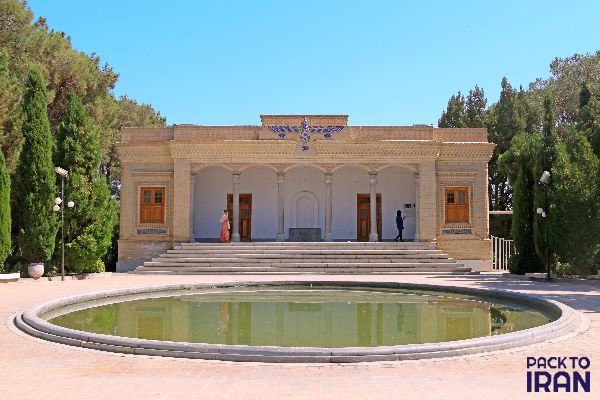 Built in 1750, this radiant garden is one of the nine Persian Gardens which are inscribed on UNESCO world heritage list and is mostly known for its superb pavilion with colorful lattice windows and superb interior design and the loftiest badger in Iran which is 33.8 meters high.

3- The Historic City of Yazd

With high badgirs (wind catcher towers) rising in the sky, the harmony of beige and khaki colors on the houses and walls made by mud bricks, old arches bending over the alleys to make shade, the old city of Yazd is one of the oldest cities in the world which is inscribed on the world UNESCO heritage list because of keeping its real and historical atmosphere alive. Walking through the alleys of the Historic City of Yazd and touching oriental history is one of the most amazing experiences you’ll have when you travel to Iran.

The Historic City of Yazd

Jame Mosque of Yazd is one of the most splendid Friday mosques in Iran, which is like a gem in the heart of the old city of Yazd. This mosque which is notable from afar has the highest minarets in the world (52 meters) and its elegant tile works and high ivan shows the skill of old Iranian architectures during centuries.

5- The Towers of Silence

The Zoroastrians believe that a corpse will pollute the soil, therefore they don’t bury the dead body directly inside the soil. According to this belief, the Zoroastrians used to build a circle construction on a hill, on top of which they left the corpse so that it wouldn’t be in contact with the soil or water. These constructions located by the city of Yazd, are named the Towers of Silence and are awe-inspiring attractions of Yazd from the ancient times.

The Towers of Silence, Yazd, Iran

1 0
You can rate this post
Users Rated: 5 From 2 rates
Comments
Tags : yazd attractions