Located 218 kilometers from Isfahan and 250 kilometers from Tehran, Kashan is one of the main touristic cities of Iran, which is titled as the cradle of Iranian culture and civilization and is known for its rich history and architectural masterpieces and historical attractions such as the mind-blowing Underground city of Nushabad, the lush Fin Garden which is like an emerald in the middle of barrens, and the historical houses of Kashan like the Tabatabaei House and the Boroujerdi House that exhibit the amazing skill of Persian architects and artists. Located in the heart of the historical district of Kashan, the Agha Bozorg Mosque is another sample of architecture masterpiece in the city and one of the must-see places which leave every visitor speechless by its fabulous design and splendor. 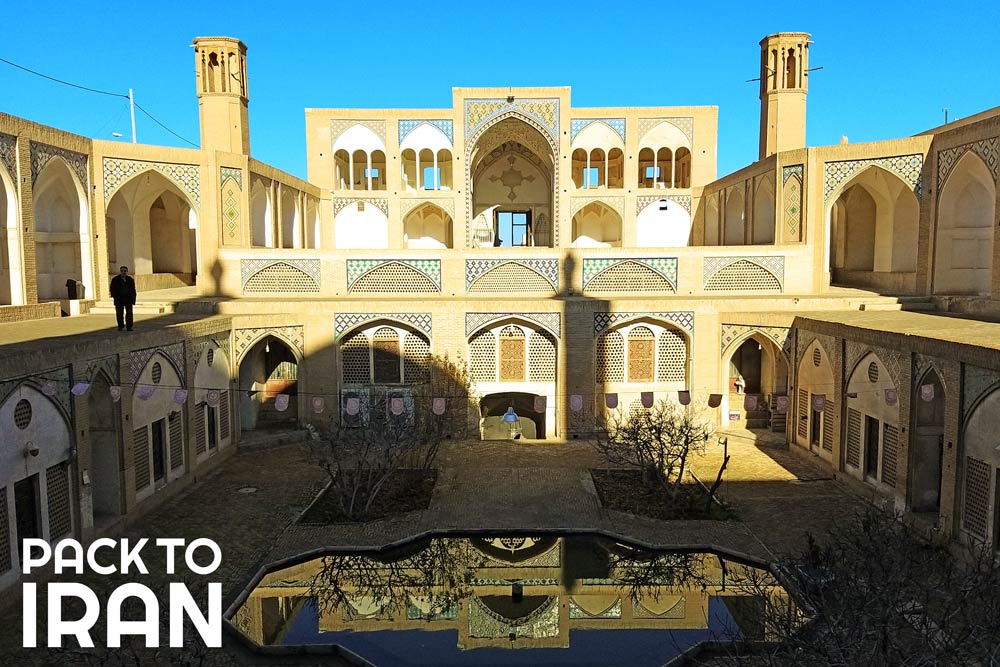 The History of the Agha Bozorg Mosque

Mulla Muhammad Mehdi Naraghi, titled Agha Bozorg (meaning: the great man) was one of the great Shiite Mujtahids (clergyman) of Kashan who passed away as his son got born and this construction is assigned to the son of this great man who later became a great clergyman just like his father. The construction of the mosque was started during the kingdom of Muhammad Shah Qajar by the order of Mr. Haj Muhammad Taghi Khanban and Mulla Mohammad Mehdi (the son of Agha Bozorg) as a public place for prayer and school of religious studies and finished eight years later, during the early years of Naser Eddin Shah’s kingdom. The dates mentioned on the tilework of the mosque confirm its history. It is believed that this mosque was built on the remains of some buildings that were ruined by an earthquake, especially the Shabistan of the mosque which is based on the Khajeh Taj Eddin Monastery. 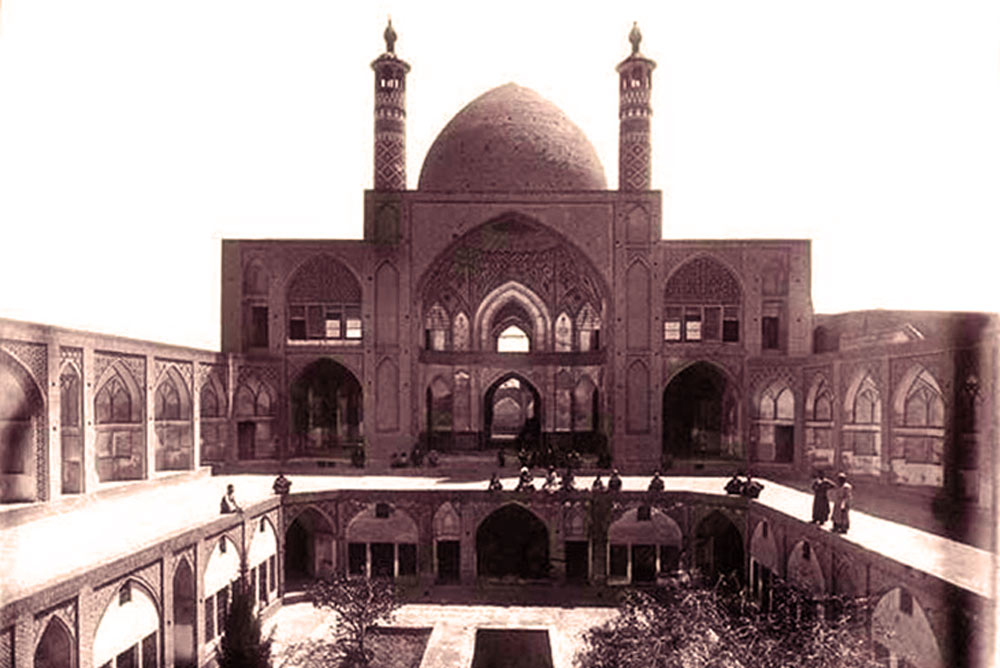 The Architecture of Agha Bozorg Mosque

The Agha Bozorg Mosque of Kashan is a great sample based on the traditional architecture style of Iran besides some innovations. This mosque/school is designed based on the Chahar Bagh plan of schools of Isfahan built during the Safavid Dynasty (the zenith of Iranian architecture) and it is among the three-Shabistan mosques. The Shabistan (hall) on the west side, which was added to the construction later, has 20 columns and 30 brick arches, the winter Shabistan on the north side of the building has columns made with bricks and stones and light beams shining into the hall through the tiny windows, and the third Shabistan located on the south of the building is a half-floor used as the praying hall. The dome of the mosque is based on eight columns, which helps the air get circulated and make the weather cooler during hot summer days. The ornaments under the dome are also amazing features of the mosque that shouldn’t be missed. The ornaments of the mosque include Muqarnas, stucco works, woodworks, etc. The architect of the mosque was Master Sha’ban Ali, and the turquoise and Persian tilework of the mosque, which is an amazing feature of the mosque and shows eye-catching geometric patterns, are done by Mr. Muhammad Ebrahim and Mr. Seyyed Kashani. This mosque is characterized by its lively central courtyard which has two parts including the yard which has the same level as the ground floor and the alley and the central courtyard which is lower than the building’s surface and has a central pool surrounded by four small gardens. Also, this mosque is the only 5-story mosque in the world. 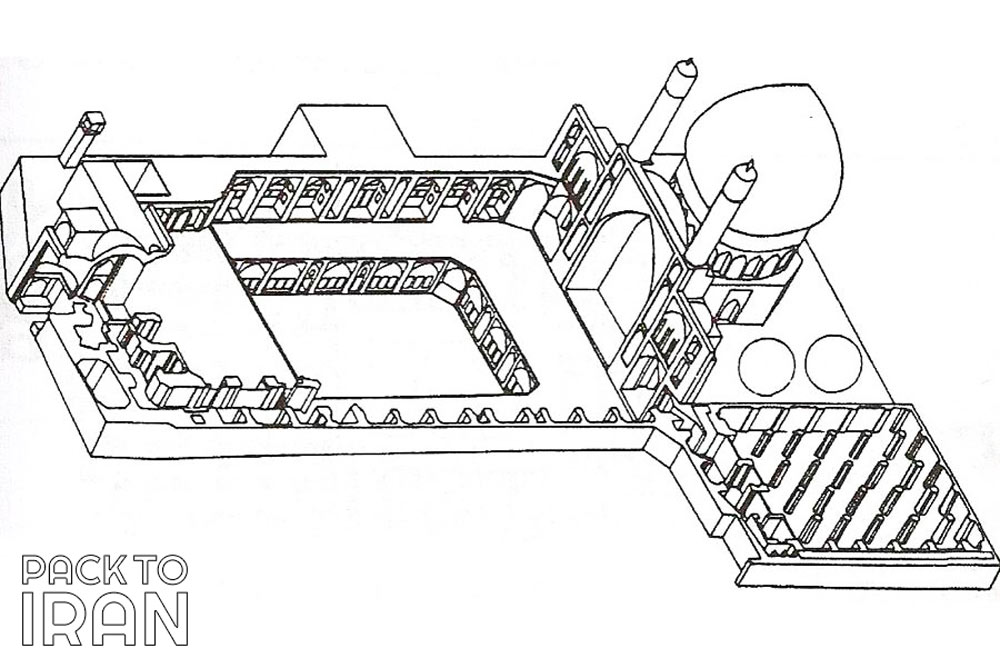 Some halls and rooms of this historical mosque are still in use as a religious school, so be careful not to enter these rooms and disturb the classes while you are visiting.

Do not photograph the people during prayer time.

Make sure to explore and stare at the geometric designs under the dome of the mosque.

2 0
You can rate this post
Users Rated: 5 From 1 rates
Comments
Tags : Mosques