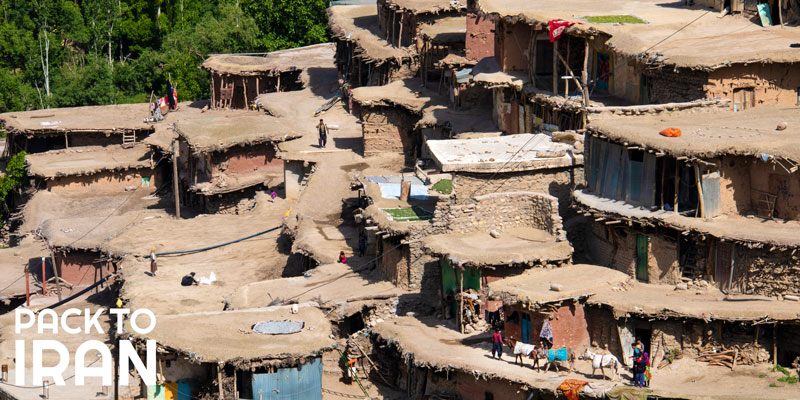 Sar Aqa Seyyed is one of the undiscovered and exotic villages of Iran, located in the heart of Zagros Mountain Range in Kuhrang County, and is one of the places that leaves nature lovers and travelers who seek special destinations speechless with its scenic nature and unique architecture. Read more about the Sar Aqa Seyyed Village:

Located in Kuhrang County of Chahar Mahal Bakhtiari Province in the southwest of Iran, the Sar Aqa Seyyed Village is one of the mountain villages and also one of the most exotic villages of Iran with very limited and simple facilities, which is becoming a new destination among the nature lovers and travelres who seek more unique experiences than cultural sightseeing in Iran. This village is situated 2500 meters above sea level, at the heart of the Zard-Kuh mountains which is a part of the Zagros Mountain Range and has a stepped architecture causing it to be titled as the Masouleh of Zagros, however Sar Aqa Seyyed is not as touristic as Masouleh Village and is an adventure destination. 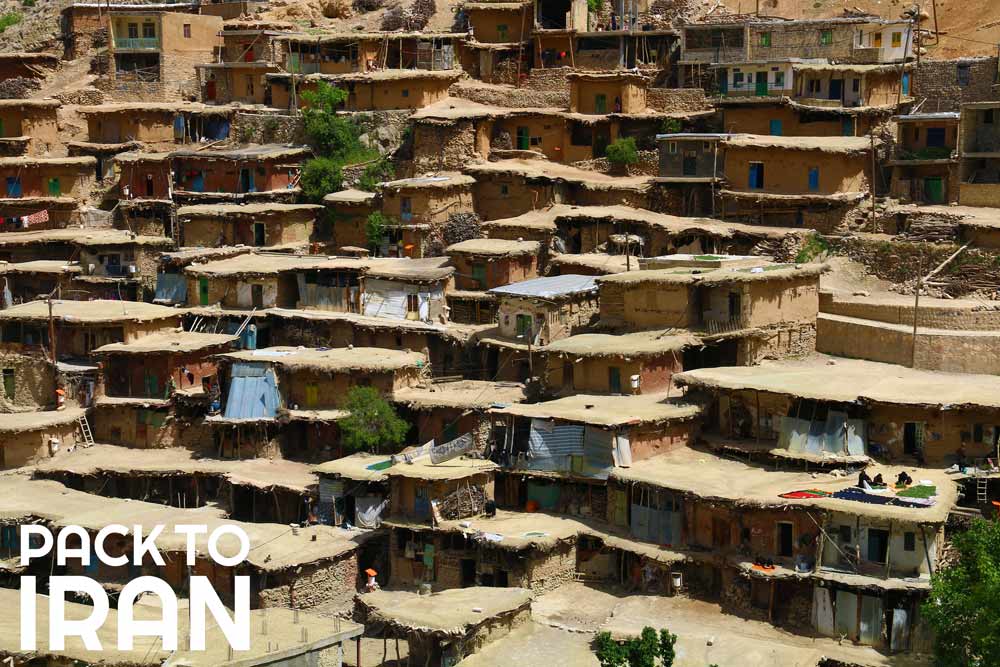 According to some evidence found around the Sar Aqa Seyyed Village, the antiquity of this village traces back to the Paleolithic Era, and the archaeologists believe that this had been one of the first human shelters and habitats. At the moment, the only historical document proving the antiquity of the village is the family tree of the ImamZadeh of the village named Mr. Issa (Aqa Issa), who lived in this village more than 600 years ago and then got buried in the village and his tomb became a sacred place for the locals and nomads who traveled here for visiting his shrine and believed that the long drought in the village was finished by Aqa Issa entering this village. Some locals believe that the term Sar Aqa Seyyed refers to this noble man.

What makes the Sar Aqa Seyyed Village so special is its amazing architecture known as stepped architecture. The courtyard of a house is the ceiling of the house below and all houses are interconnected. The materials used for constructing the houses include adobes, wood, and stone. These houses have good resistance and strength and their thick walls help the locals to keep their houses warm during cold winters. The houses in Sar Aqa Seyyed have two parts: the living area including the family’s living room and the drawing room where they accept guests and another part for keeping their herd. Although most of the houses of the village have been renovated in recent years, the whole village still has its historical face and atmosphere, and its landscape during sunset when the lamps get turned on one by one, is a scenic picture. 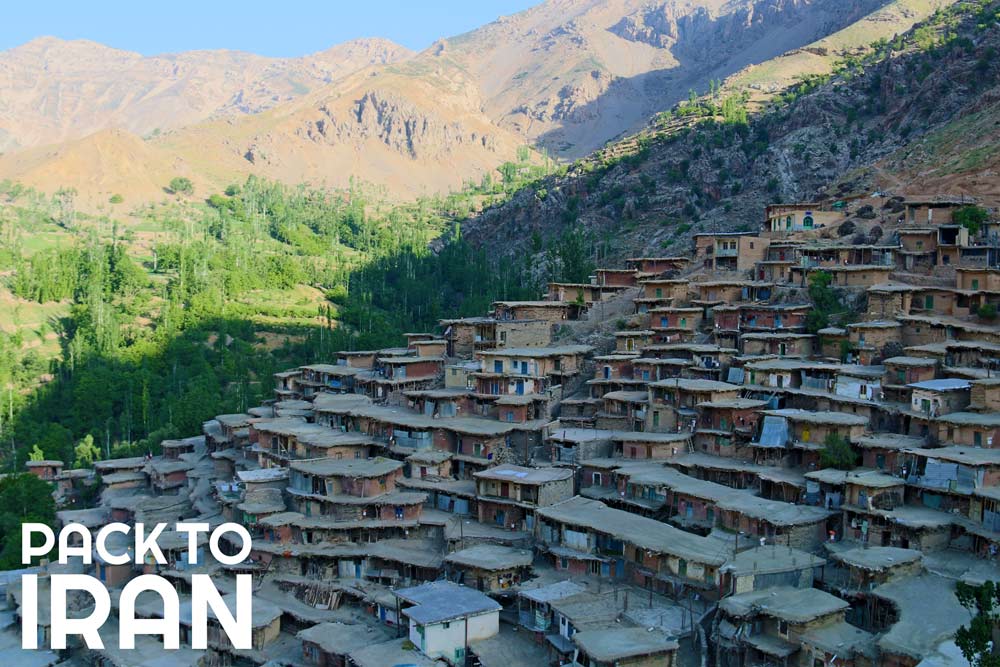 The locals of Sar Aqa Seyyed Village are from the Bakhtiari Tribe, which is one of the biggest and most important Iranian nomadic groups, with a rich culture and history. Because of the snowy and freezing weather in winter, the population of the village during spring and summer is twice bigger than the population during cold season. They speak Luri dialect and wear traditional costumes. The men wear loose and baggy pants named Debit and a long black and white coat named Choogha and Giveh (traditional handmade shoes), and the women wear a long gown, vest, scarf and coats. The men are busy with animal husbandry, farming, and gardening and the women have activities like baking bread, and weaving nomadic carpets, kilims and black tents with goat hair. Bakhtiari Music and traditional dance, has a special place in the ceremonies and rituals and also daily life of Sar Aqa Seyyed Village locals.

Ash-e Kardeh, Ash-e Barg, Nan-e Golak, and Bakhtiari Kebab are some of the traditional foods of this village. Ash-e Kardeh is a soup made with Kardeh plant, which is grown in the mountains around the village, Nan-e Golak (Golak bread) is a traditional bread made with oak tree’s fruit, and Kebab Bakhtiari which is one of the most famous kebabs of Iran is a mixture of lamb meat and chicken fillet. 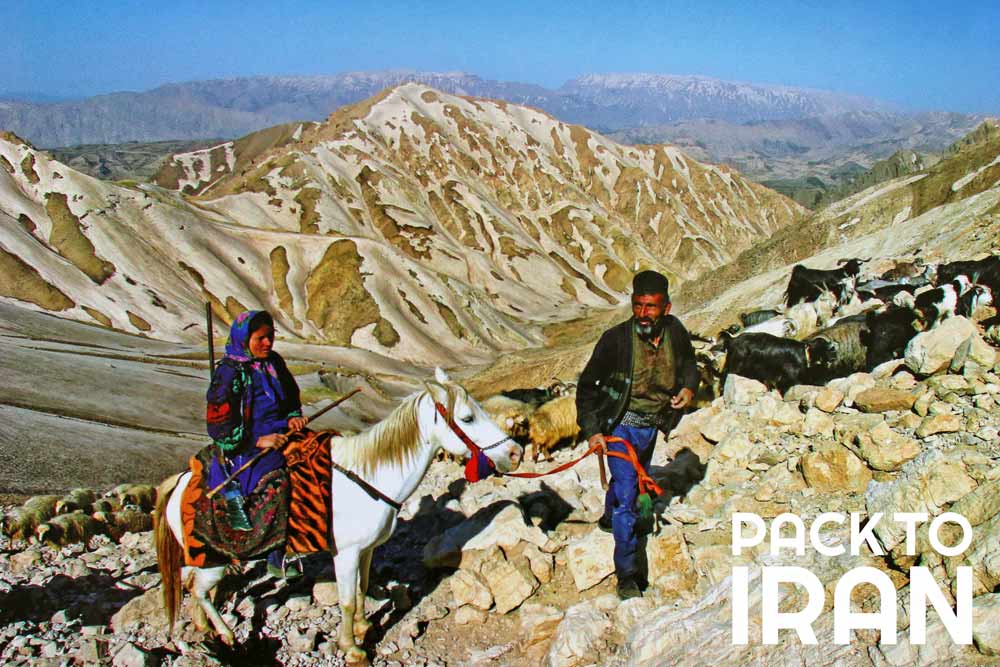