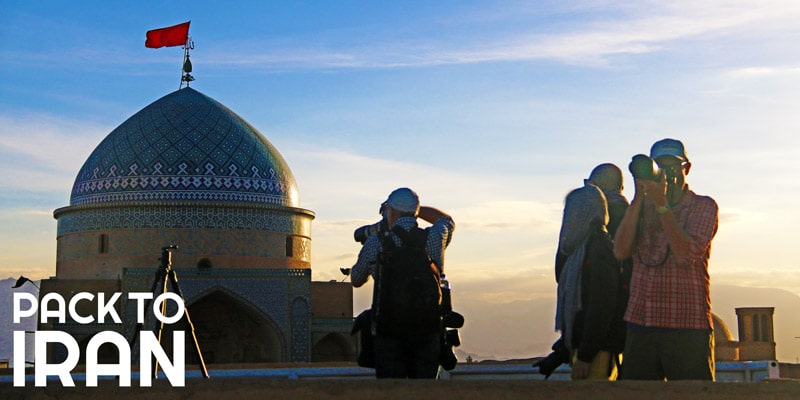 Top 10 places to photograph in Iran

As a photographer who is going to travel to Iran you might wonder what are the best attractions that you should photograph in Iran. With its diverse culture and nature, Iran has a lot of photography spots. Read below to find your favourite photography spot in Iran!

Whether you like to be at places crowded with locals or capture scenic places where no one is around, or shoot the architectural masterpieces, we’ve got the most diverse and best places to photograph in Iran, that guarantee you amazing pictures and memories. Honestly, the list of places to photograph in Iran could have hundreds of entries, but the few mentioned are proved to be the most photogenic places and are spots that are usually included on our Iran itineraries.

Known as one of the most charming cities of Iran, Isfahan was the capital of Iran during the Safavid Dynasty which was a zenith in the history of Iranian art and architecture, and many wonderful monuments like the UNESCO Naqshe Jahan Square were built. Isfahan is also known as the city of Persian Mosques and blue tiles. The small yet glorious Sheikh Lotfollah Mosque and the majestic Jaame Imam Mosque, which are parts of this historical square, and the ancient Jaame Mosque of Isfahan which is a collection of Persian-Islamic architecture throughout centuries, are among the top charming mosques of Iran and photography places, because of their eye-catching decorations including delicate tilework with floral and arabesque motifs, brickworks, which are the best samples in Islamis architecture, and also natural light beams that shine through the mosques and create a wonderful atmosphere. 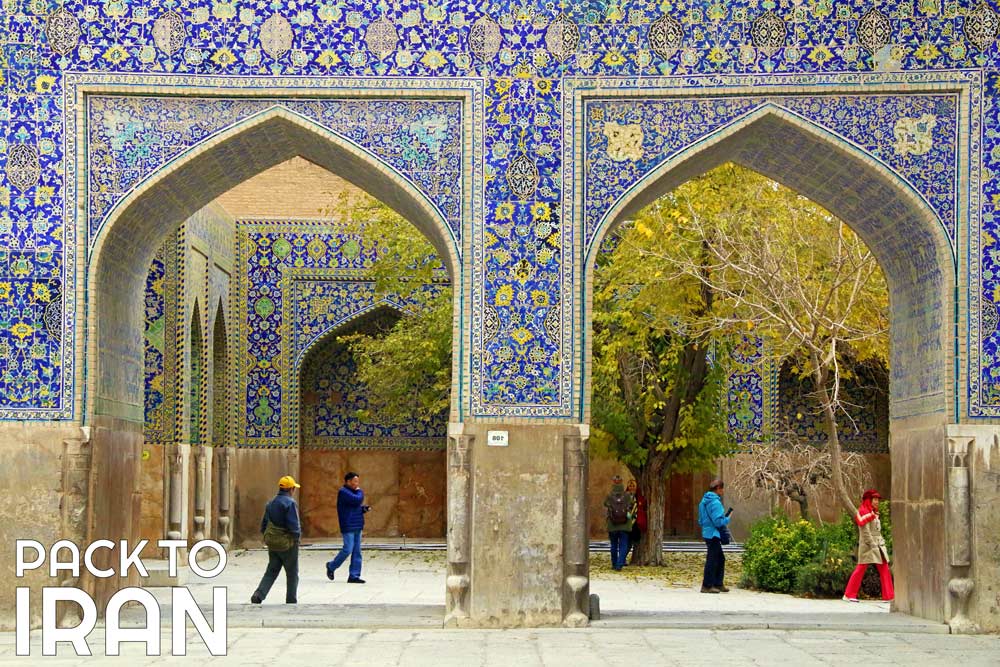 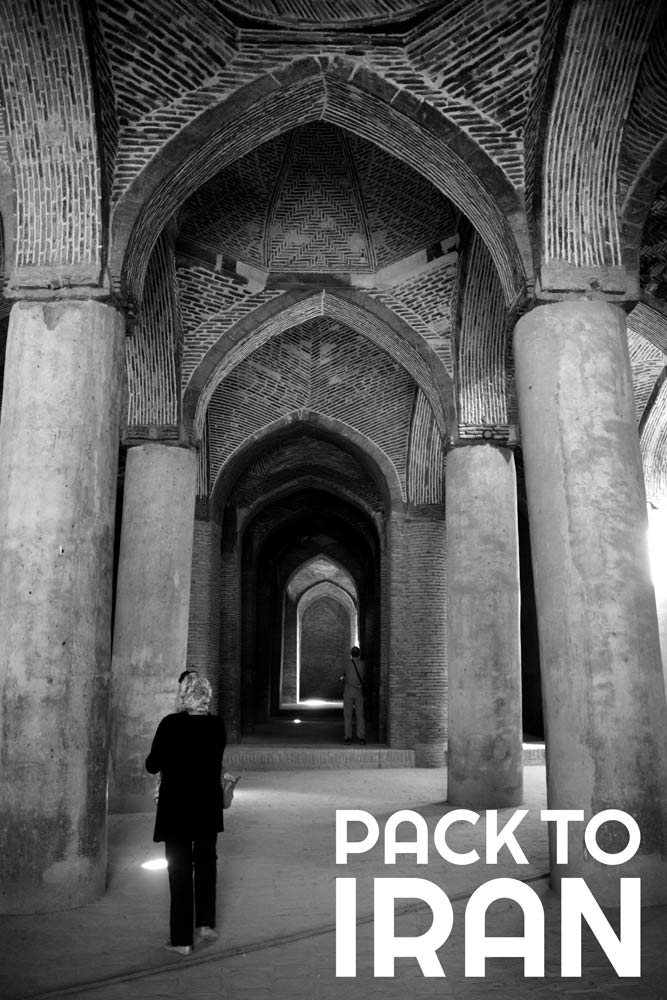 2- The historical bazaars of Iran

Besides being a photogenic architectural masterpiece with arcs, brickworks, and long corridors, the historical bazaars of Iran are wonderful places for photographers who love capturing locals and social scenes, as these are crowded places, where people are busy with trading traditional goods like Persian carpets, colourful textiles, handicrafts, herbs and spices, etc. the way their grandfathers did centuries ago. The UNESCO listed Bazaar of Tabriz, the lovely Vakil Bazaar of Shiraz with its nostalgic atmosphere, the thrivining bazaar of Rasht, and the unique Thursday Market of Minab, are some of the most wonderful bazaars where you enjoy photography. 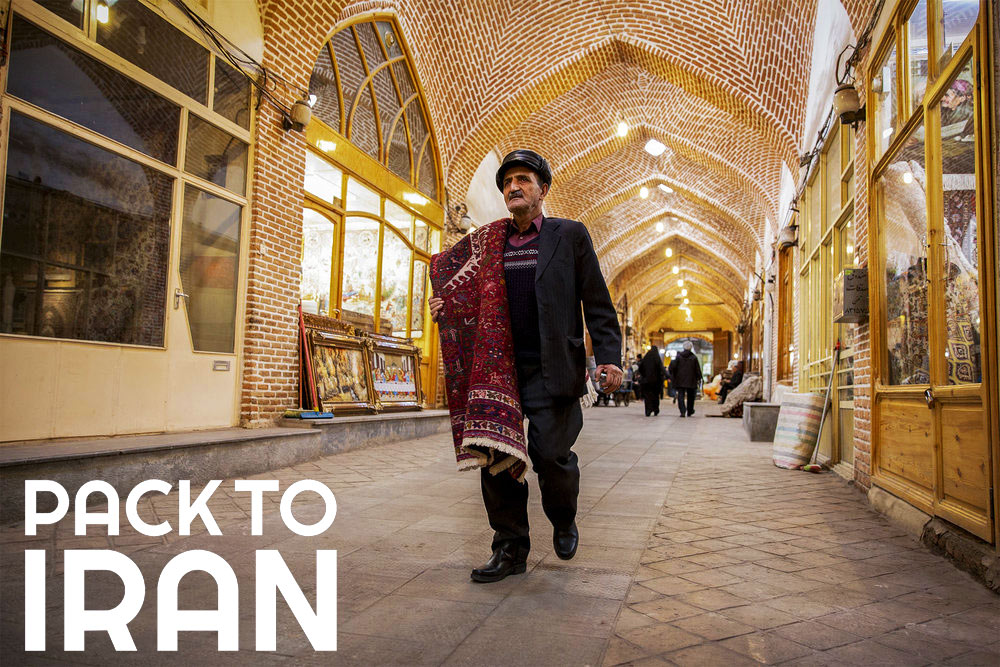 The Nasir al Molk mosque was built during the 18th century in the beautiful city of Shiraz. This is another charming mosque that shouldn’t be missed visiting when you travel to Iran especially if you are on a photography trip as this mosque has become one of the trendy photography spots, because of its pink tilework causing it to be titled as “the pink mosque”, and its stained glass windows which creates a magically beautiful atmosphere during the daytime when colourful lights shine through the main hall. 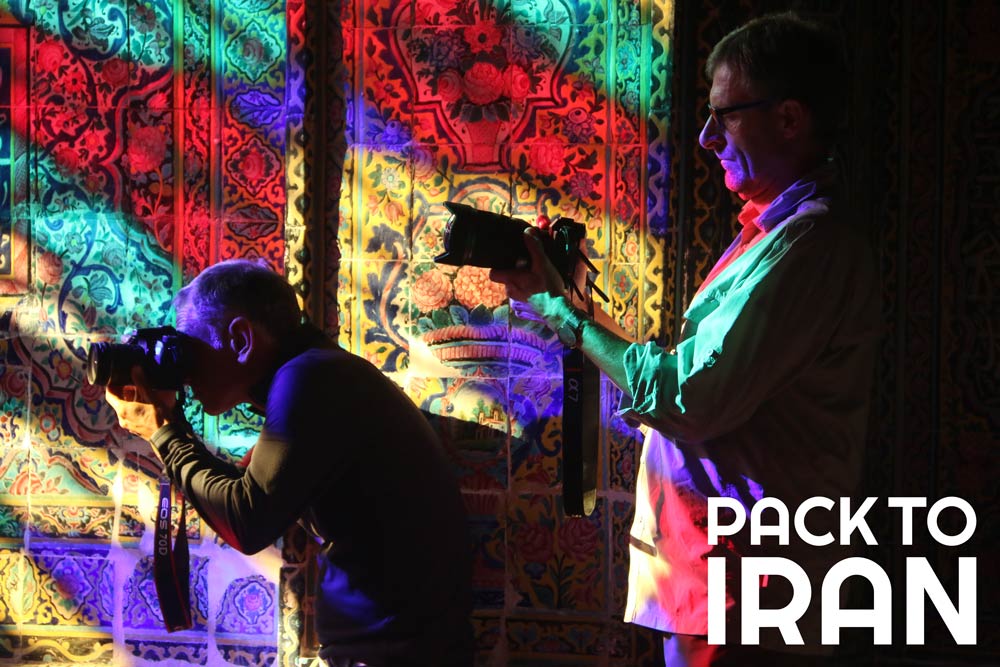 4- The Historic City of Yazd

Yazd is one of the oldest cities in the world and a unique sample of cities with genius inventions for living in the middle of deserts like earthen houses and Qanats which has caused this city’s historical district to be listed as a UNESCO World Heritage Site. The Historic City of Yazd includes a rhythmic and amazing labyrinth of earthen alleys covered with arcs for shading, high wind towers (Baadgirs), traditional mosques with turquoise blue domes, etc. 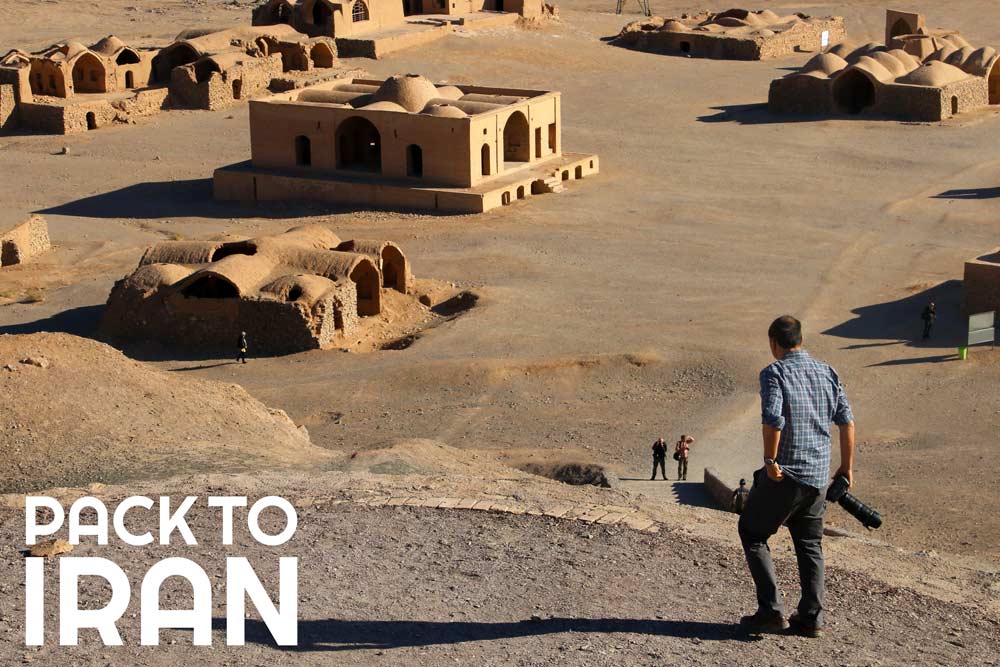 The Historic city of Yazd

The UNESCO listed Golestan Palace of Tehran is one of the most gorgeous royal palaces left from the Qajar Dynasty in Iran and includes citadels, museums, gardens and art galleries. This 18th century monument is a souvenir of Qajarid luxurious art and architecture which shows a fantastic combination of Persian and European architecture. With its colourful tilework, lush gardens with old trees and ponds, the Golestan Palace makes even non-photographers everyone take some photos. 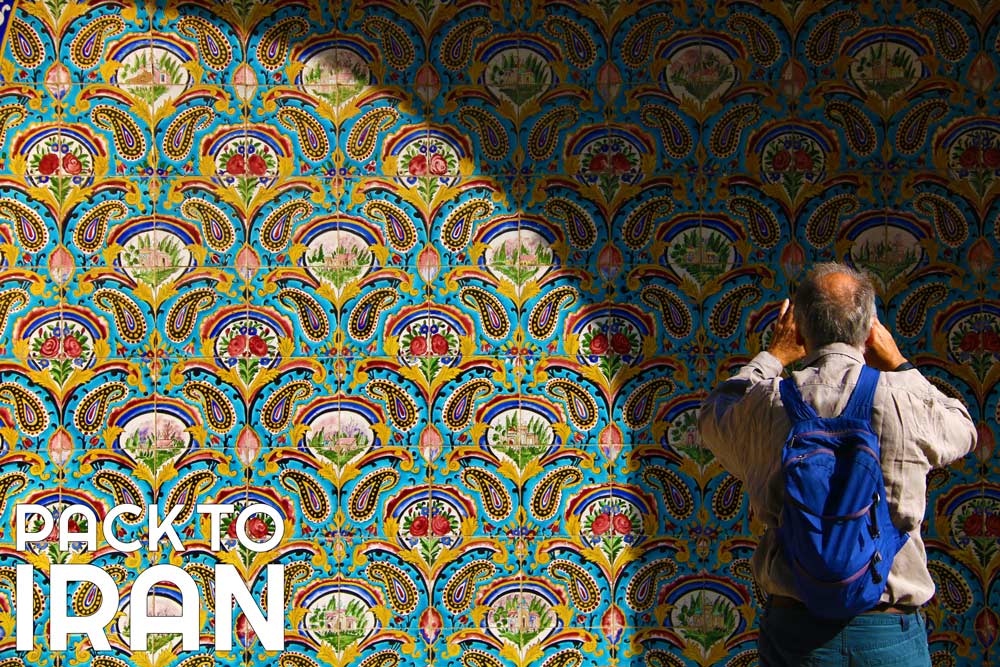 This village is one of the undiscovered and off the beaten path places in Iran, which will leave visitors speechless, and is usually visited on Iran Nomad Tours. The Sar Aqa Seyyed Village is located in Kuhrang County in Chaharmahal and Bakhtiari Province, and is known for its unique stepped architecture with interconnected houses built on the skirt of muntains, scenic natural landscapes, untouched oak forests and lovely locals with rich nomadic Bakhtiari culture. 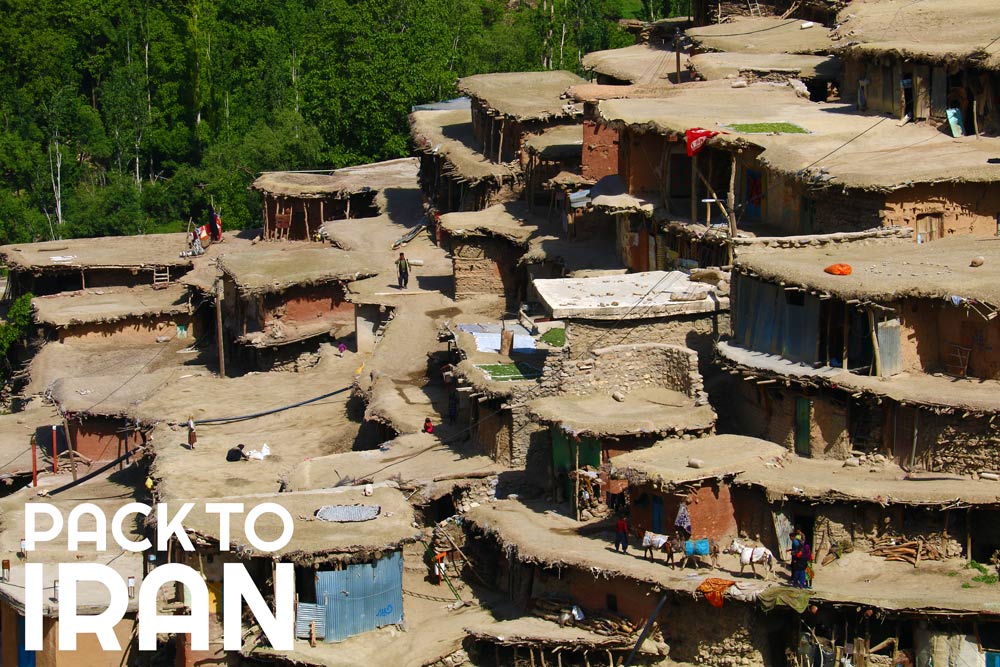 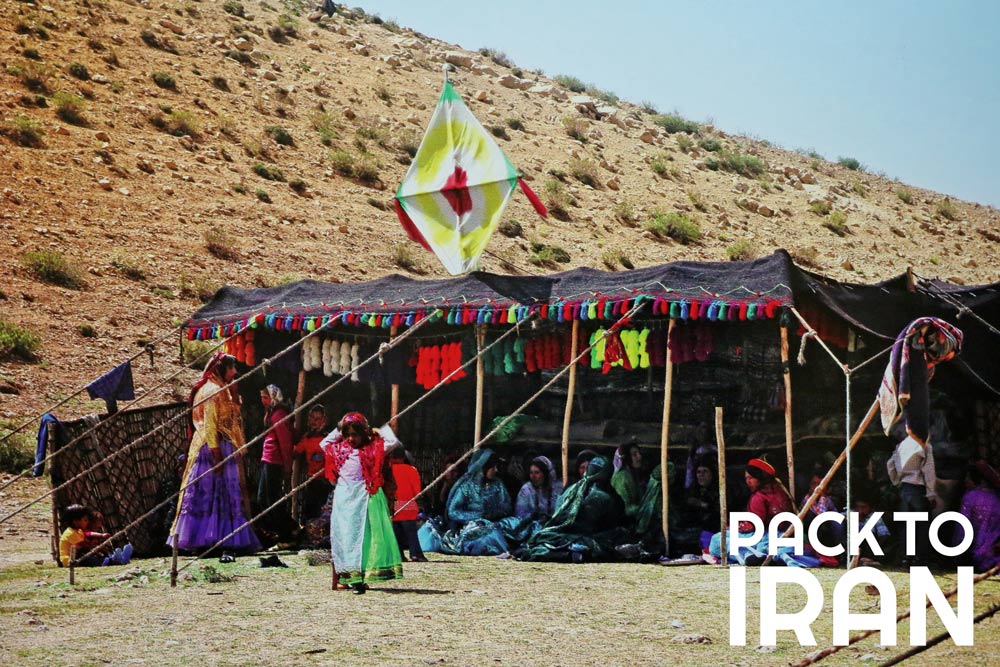 Located 90 kilometres away from Kashan in Natanz County in Isfahan Province, Abyaneh Village is one of the highlights of Iran with more than 1500 years of antiquity. Known as one of the exotic villages of Iran, Abyaneh village is known for its amazing architecture and lovely houses made with reddish mud, and also the friendly locals who are characterized with their unique traditional outfit. 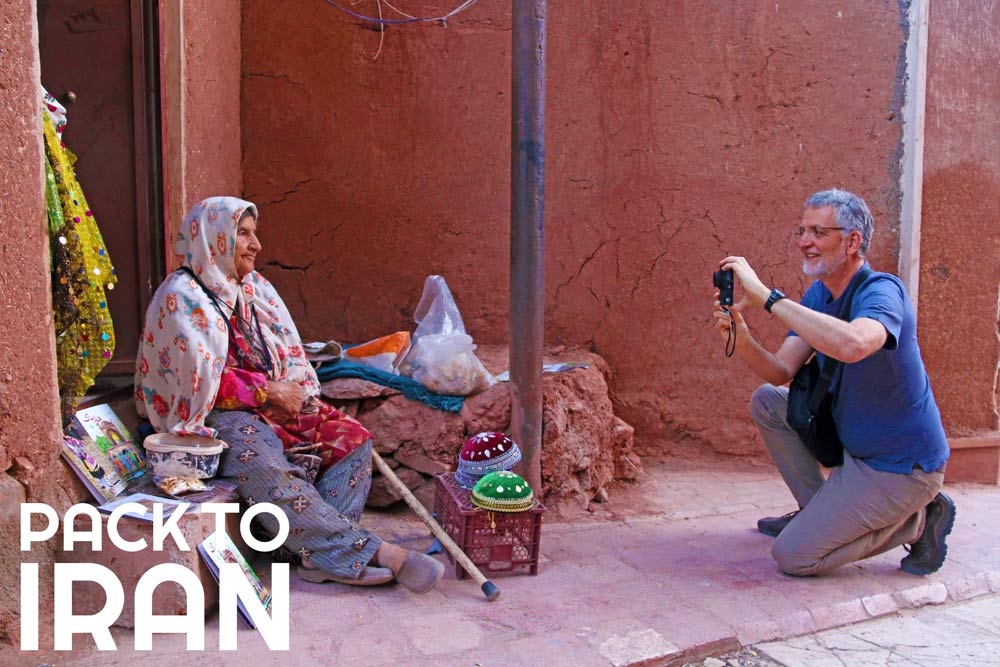 Lut Desert is one of the most hyper-arid spots on earth and the largest desert of Iran, which was recorded as the hottest spot on earth in 2005. Inscribed as the first natural UNESCO World Heritage Site in Iran, the Lut Desert is home to amazing and scenic natural landscapes created by unique geological landforms including Kaluts (yardangs), Nebcas, sand dunes, etc. making it one of the mind-blowing natural attractions someone can visit in a lifetime. Apart from amazing landscapes, Lut Desert has a very clear and vivid sky which has made it popular as a great place for astrophotography and star gazing. 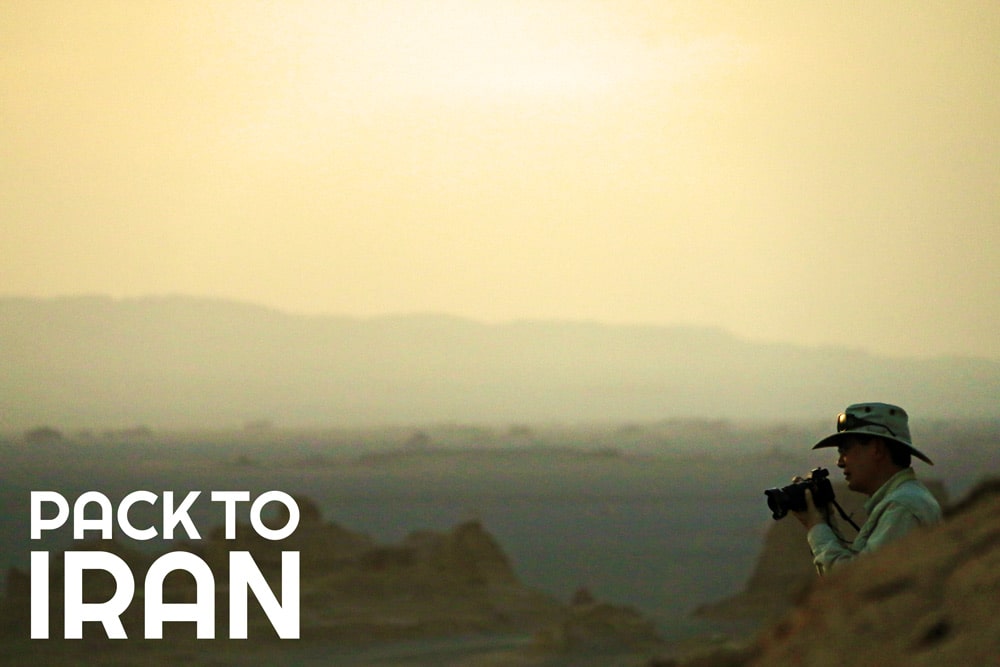 Qeshm Island is the largest island of Iran located in the Persian Gulf in southern Iran and is now becoming one of the top winter destinations of the country, where you can enjoy rich fauna, charming and untouched beaches where you can capture the most scenic sunrises and sunsets, and wonderful geological phenomena including rock formations, salt caves and strange mountains, inscribed as the Qeshm Island Geo Park. With their rich culture, amazing rituals and traditional outfits, the hospitable locals living in the villages of Qeshm are still busy with old-style fishing and sailing, that create the best photography scenes. 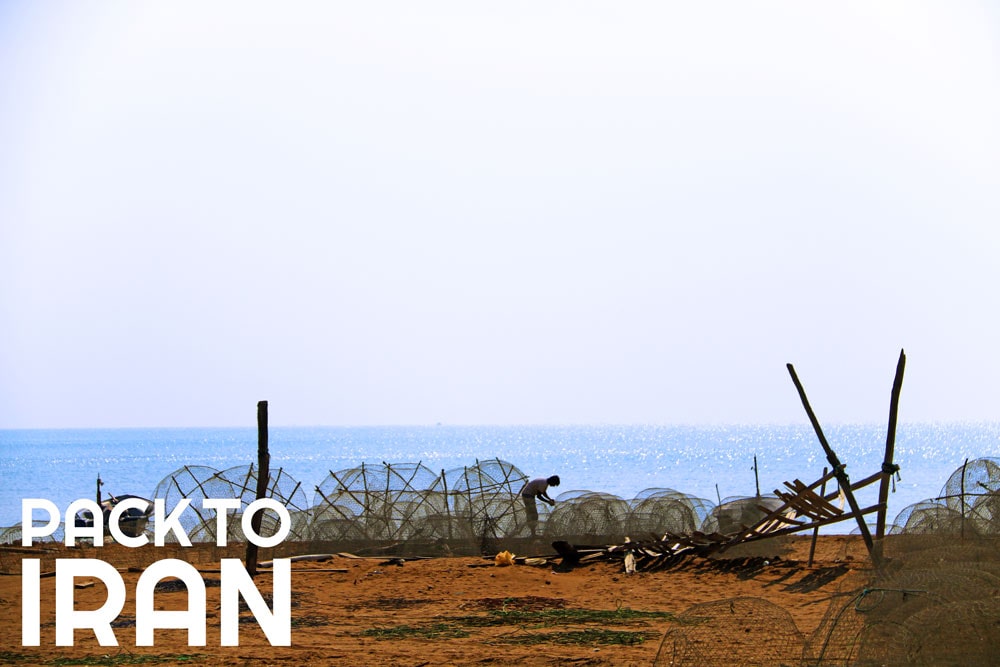 Khara Salt Lake is one of the most famous salt lands and salt mines of Iran, which is located 50 kilometers away from the Varzaneh Desert known as one of the top deserts of Iran. Khara Salt Lake is characterised with its white surface covered with polygonal shapes created by salt crystals. During the full moon nights this white land reflects the moonlight and creates an even more magical atmosphere and landscape.