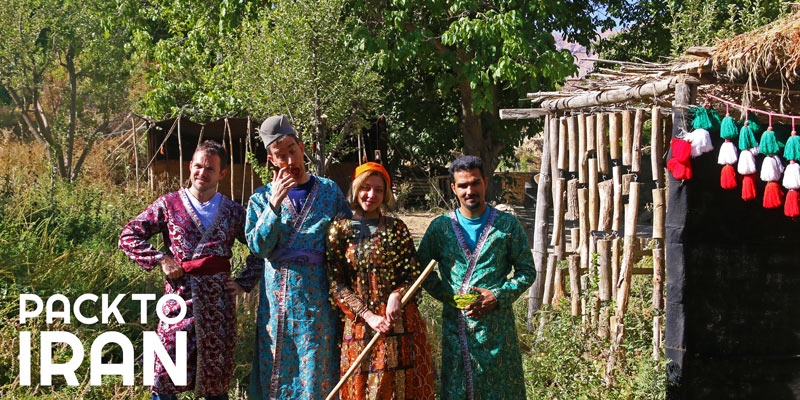 Meeting the nomads of Iran

Nomads of Iran are the representative of the Iranian culture and history and meeting them is a unique experience in Iran. Iran nomad tour if PackToIran is the best opportunity for nature lovers and the travellers who look for undiscovered tribes and cultures.

Studying the history and culture of Iran wouldn’t be complete without learning about the history of the ethnic groups and nomads living in this vast country, as the history of Iran shows that the nomads have played a big role in the internal policy of the country and even empowering or overcoming the dynasties and kingdoms. This big influence was the reason why the nomads of Iran were sometimes moved from their homelands to new places by the order of the kings. In the early 20th century, 25 percent of the population of Iran were nomads while today this percentage is decreased to 3. The good news is that although many of the nomads of Iran have been settled down in villages and cities of Iran, there are still many tribes living in different parts of Iran and are divided into different groups including Kurd, Lur, Fars, Turk, Arab, Baluch, Brahui, and Ilikai.

As mentioned above, the nomads of Iran are the representatives of Iranian culture, and meeting them is a very unique experience for travelers and adventurers who seek more than visiting the ancient monuments. Iran Nomad Tour of PackToIran is designed for such travelers and allows them to spend a couple of days in the heart of the untouched nature of Iran and get acquainted with the nomadic life of the tribes in Iran and visit some scenic villages. This Iran Nomad tour was operated in June 2019 for a group of three travelers and nature lovers from Germany.

This tour started in Tehran, the modern and big capital of Iran, with great museums and art galleries. On the first day, we visited the glorious Golestan Palace complex consisting of royal palaces built by Qajar kings and then learned about the art masterpieces made by ancient civilizations and Islamic dynasties in Iran. We finished our Tehran city tour by exploring Persian ceramics and potteries at the Abgineh Museum and taking a walk in downtown Tehran. 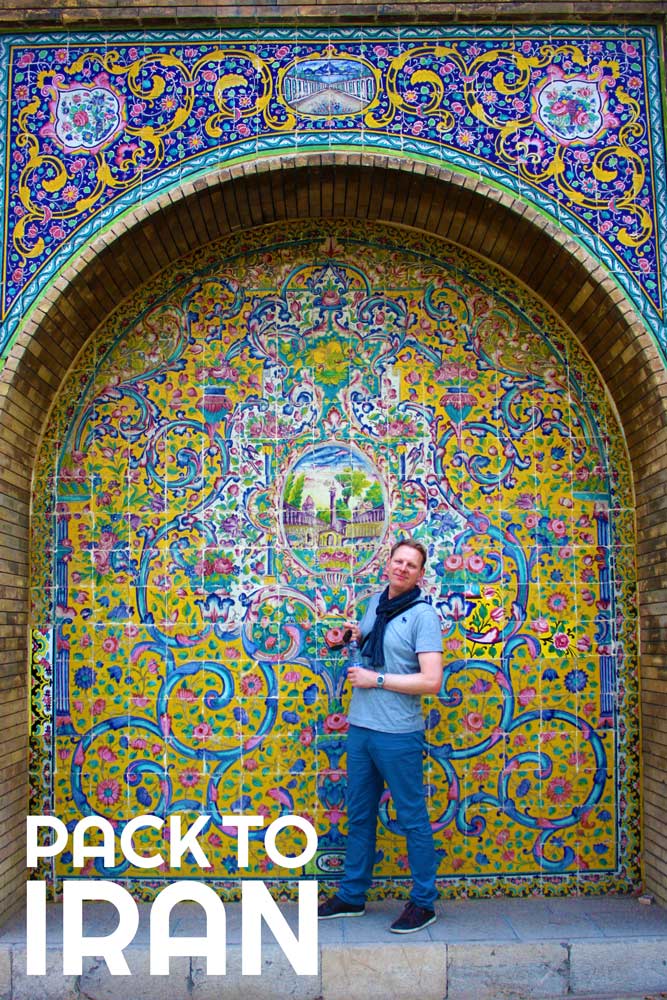 We hit the road in the morning and moved towards Isfahan. On the way, we stopped at Kashan which is one of the most touristic cities of Iran with many historical monuments. We visited the two famous historical houses, Tabatabaei House and Boroujerdi House. And then enjoyed the cool weather at the UNESCO listed Fin Garden which is built at the heart of dry barrens! After arriving in Isfahan and checking in to our hotel we took a walk by the Zayanderud, which is one of the biggest rivers in Iran passing through the city, and visited the historical bridges.

The next day we explored the legacies of the Safavid Dynasty in Isfahan, which are the top highlights of Iran. We visited the UNESCO Naqshe Jahan Square and the majestic monuments around it including the Ali Qapu Palace, Sheikh Lotfollah Mosque, and Jame Shah Mosque, and the handicrafts bazaar of Isfahan, and then checked out the Chehel Sotun palace located near the square. 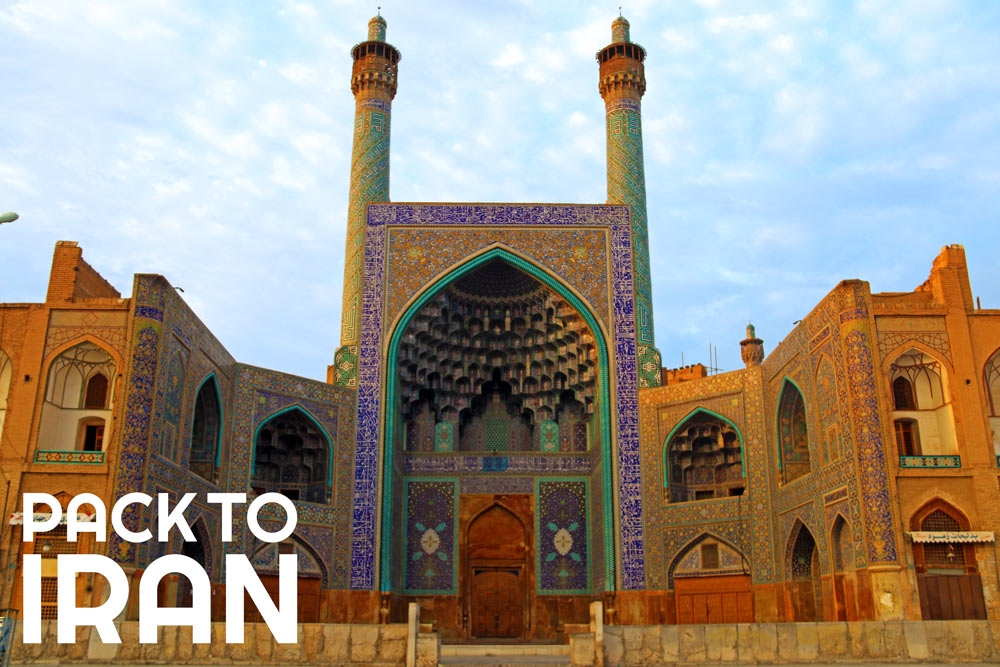 We started our road trip in the morning and moved to the Chaharmahal and Bakhtiari Province and the scenic Sar Agha Seyyed Village located in the heart of the Zagros Mountain Range. This village is home to Lurs and is one of the exotic villages of Iran with a stepped architecture and stone-made houses. We took a long walk through the hills around the village and stayed at a cozy ecolodge for the night, where we had tasty local food for dinner.

We continued our road trip through the scenic mountain roads and drove to Kohkilooyeh Boyer Ahmad Province and Yasouj city which is surrounded by over 4000-meter peaks, lush plains, and oak forests. Here we met the Qashqai nomads and spent a wonderful day with them. We cooked some food over the fire and learned about their handwoven carpets. In the afternoon the hospitable nomads played some local music for us and made a wonderful memory for us. We spent the night at the nomads’ black tents. 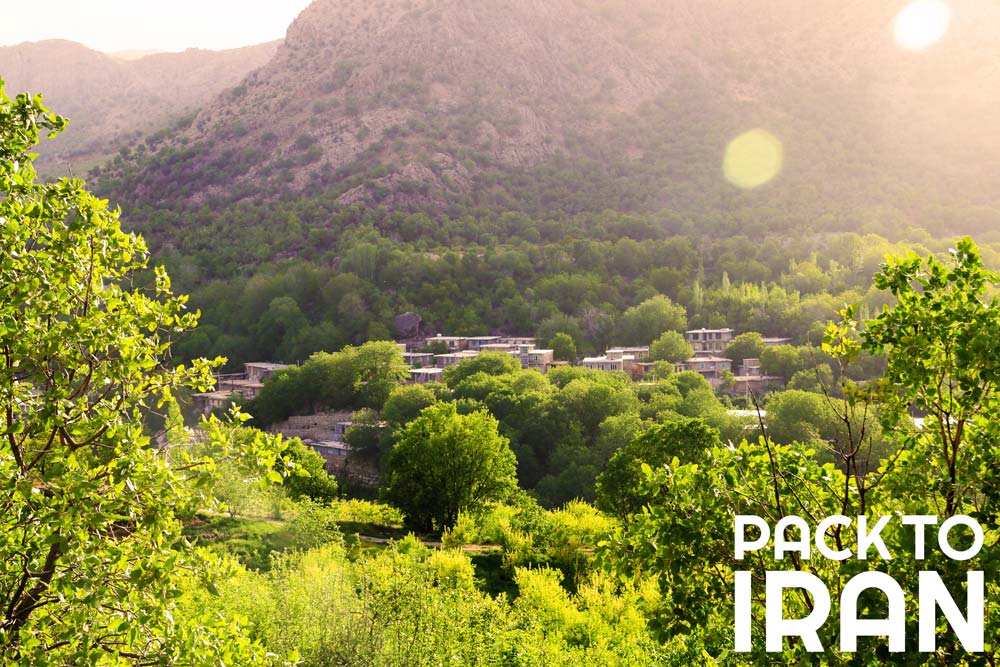 After having breakfast with our nomad friends we drove towards Shiraz via the attractive Nurabad Road. En route, we stopped to visit the ancient city of Bishapour, the legacy of the Sassanid King Shapur I, and the amazing bass reliefs of the Tange Chogan. The Sassanid archeological landscape of Fars is registered as UNESCO World Heritage Site. Arriving in Shiraz, we checked in at our hotel and took a rest after our long road adventure.

The next day we drove toward the glorious Persepolis which is one of the most important ancient sites in the world. This is the ceremonial capital of the Achaemenid kings including royal palaces and mind-blowing bass reliefs. Then we visited the Naqshe Rostam rock tombs and bass reliefs and drove back to Shiraz. In Shiraz, we visited the lush Naranjestan Garden and then walked along the Vakil Bazaar where we saw nomadic carpets and textiles. 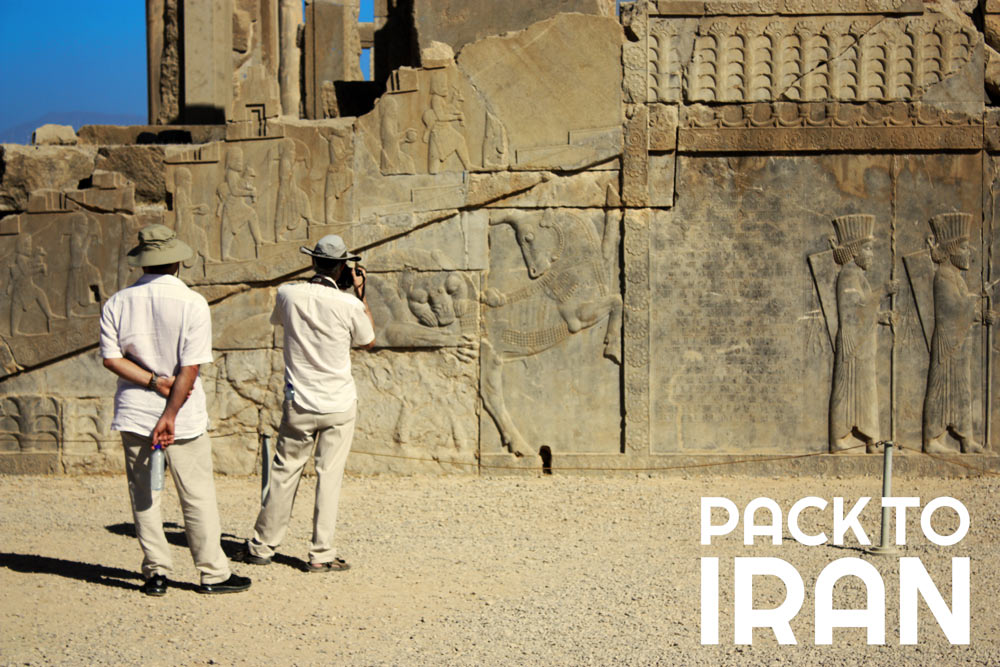 On the 8th day, we visited the charming Nasir al Molk Mosque in the morning and then started our last road trip to Kahkaran Village in the north of Fars Province. Located in a lush gorge, Kahkaran Village is home to Qashqai nomads. Today we did some trekking in the village and took part in daily activities of the nomads and celebrated the last night of our tour by trying some nomadic outfits and dancing with some live local music. 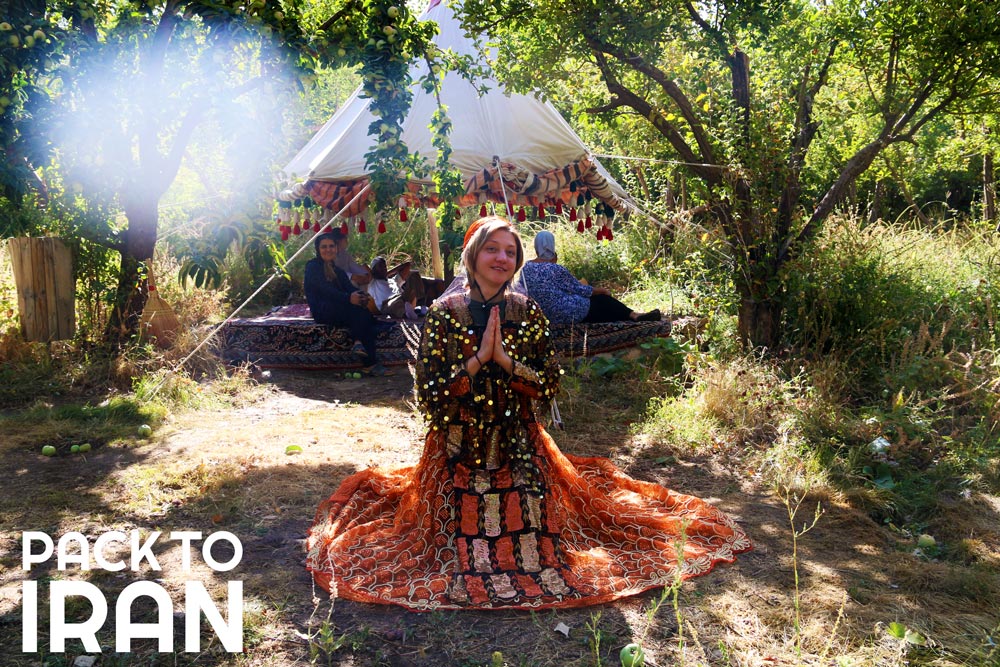 The next day we drove back to Shiraz and after taking the suitcases we transferred the group to Shiraz INTL Airport to catch their flight back home after nine days of adventure and road trip through undiscovered roads and plains.