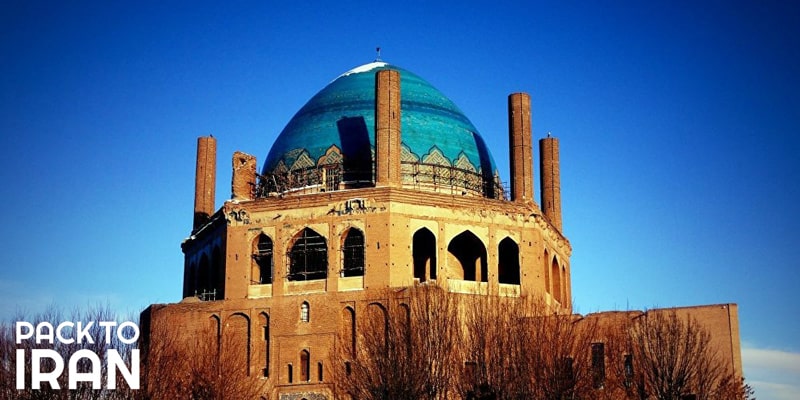 Located 20 kilometres away from Zanjan, the glorious Soltaniyeh Dome is a UNESCO World Heritage site and one of the must-see historical sites that you should visit in Iran.

Soltaniyeh Dome is an architectural engineering and art masterpiece, located in the northwest of Iran in Soltanieh town in the province of Zanjan. Soltaniyeh was the capital of Iran in the 14th century when Öljaitü, the Mongol ruler of Iran, ordered the construction of a city as his capital centering the Soltaniyeh Dome as his mausoleum. Soltaniyeh Dome is inscribed as one of the UNESCO world heritage sites of Iran. 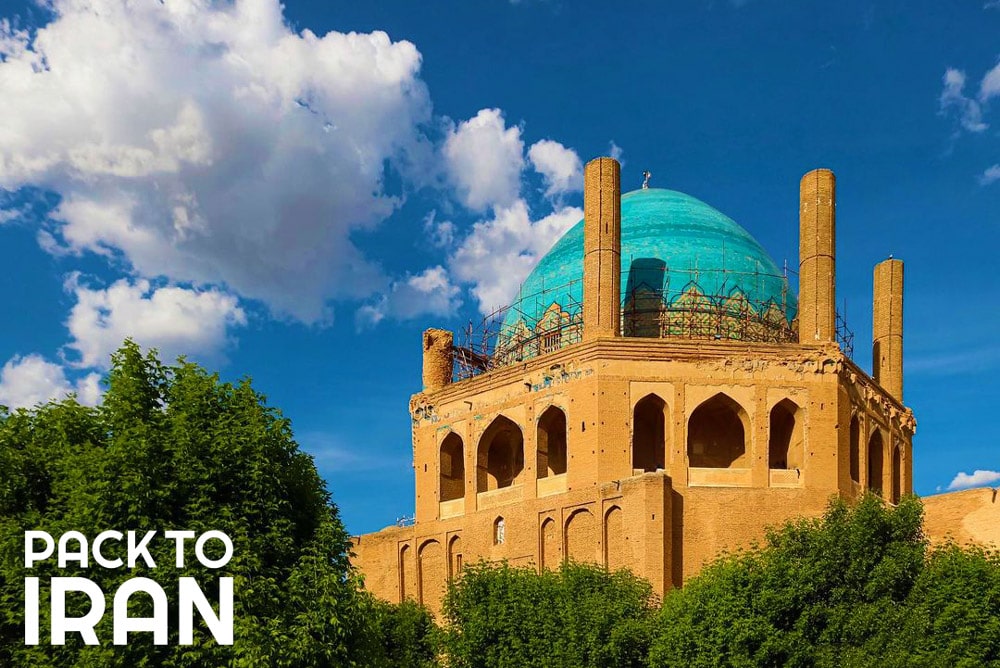 The history of Soltaniyeh Dome

The Ilkhanates were the descendants of Genghis Khan who ruled Iran after his death for about 80 years during the 13th and 14th centuries. Öljaitü, who is also known as Sultan Muhammad Khodabandeh, was the 8th king of the Ilkhanates who ruled Iran for about 13 years. He chose his father’s former capital, Soltaniyeh, as his capital and started making it an important wealthy city, although after his death, Soltaniyeh faced a steady decline and today the main sign of the glorious capital of Öljaitü is the Soltaniyeh Dome. Öljaitü was born as a Christian, then converted to Buddhism, and finally to Shia Islam. Shia Muslims believe in 12 Imams as the main descendants of Muhammad the prophet and the leaders of the religion after his death and respect them. It took about ten years for Öljaitü to finish the construction of the Soltaniyeh Dome and his purpose was to move the body of the first Imam of Shia, Imam Ali from Najaf in Iraq to the Soltaniyeh dome in Iran, although he was later convinced by Shia clerks not to do so. Instead, he brings some soil from the sacred mausoleum of Imam Ali in Najaf to be used in the construction of the Soltaniyeh Dome to make it sacred and decides to use this construction as his mausoleum.

A historical painting of Soltaniyeh Dome

The architecture of the Soltaniyeh Dome

The Soltaniyeh Dome is a 48.5 meters octagonal building with a huge dome decorated with turquoise color mosaic tiles standing on it and eight minarets around the dome. The dome is considered the oldest double-shell dome of Iran, the largest brick dome in the world, the 3rd largest dome on earth after the domes of Florence Cathedral and Hagia Sophia in Turkey, and the influence for the construction of other domes in the Muslim world. Scholars such as Arthur Upham Pope have described the building as ‘anticipating as the Taj Mahal’. The 160-ton dome is currently undergoing extensive renovation, but it is in good shape after 700 years. The building is a three-store one all made from mud-brick built for several purposes like teaching, religious purposes, medical purposes, and also to be the mausoleum of Öljaitü. Staircases are going all the way up to the dome. The main decoration of the building is plaster-work, tile work, and the Quran verses inscriptions of the walls and around the dome. The ground floor is a rectangular room with a decorated Mihrab used for prayer. Underneath this section, there is a room that was built to be the burial place for Öljaitü, the Mongol ruler, although no remains of the body have ever been found. To enter this room, one needs to walk carefully through the narrow staircase bending forward as a sign of respect. 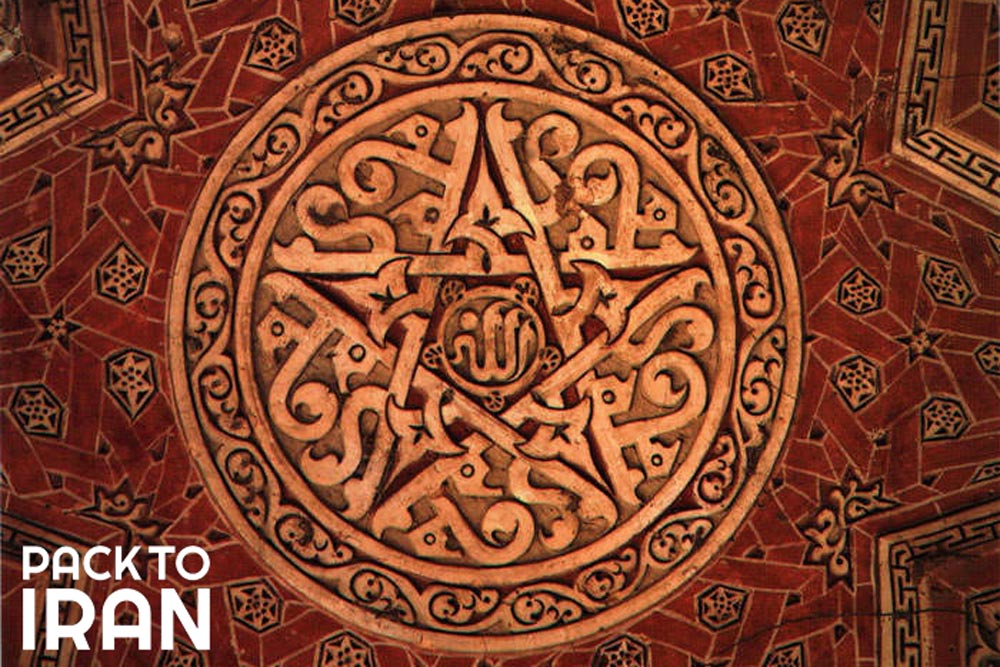 The decorations in Soltaniyeh Dome 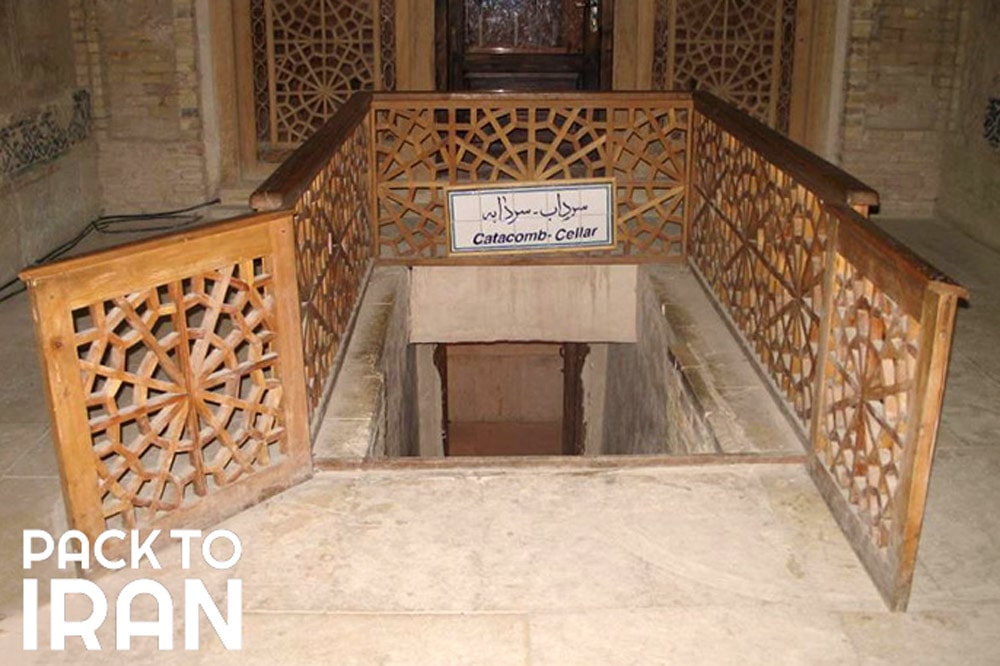 The decorations in Soltaniyeh Dome

1 0
You can rate this post
Users Rated: 5 From 2 rates
Comments