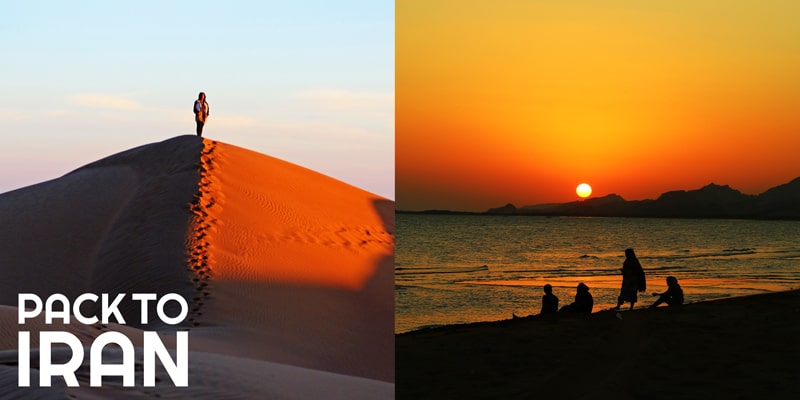 Hi. This is Sara. I am a female tourist guide happily working with PackToIran travel agency since 2017, mostly in the field of nature-based and adventure Iran tours. Here I’m going to tell you about one of the unique and unforgettable tours, or better to say a relaxing tour in Iran, that we operated on in autumn 2019.

This nature-based and relaxing Iran tour package named Iran Deserts and Shores was operated for a group of 5 Italian female travelers, three of whom had traveled to Iran with PackToIran before. Therefore, they chose a unique Iran tour among our tours which allows them to experience new authentic activities in Iran and packed to Iran for this tour during autumn which is the best season for exploring the deserts of Iran and the southern beaches sreching by the Persian Gulf.

Our tour started in Tehran and I met the group early in the morning at IKA Airport. After getting transferred to our hotel in Tehran by the group’s private van, hotel check-in, and taking a short rest at hotel rooms we met again at the lobby and started our adventure in Tehran, the city of museums and art galleries. We visited the two main attractions of Tehran the National Museum of Iran and the Golestan Palace and then walked along the downtown streets of Tehran, tasted some street food on 30 Tir Street, and went to some camping stores to get some camping equipment that travelers couldn’t bring by plane, like camping gas capsules. We also got some yoga mats, as we noted that we are all crazy about doing yoga in nature!

The next day, we had our breakfast at the hotel early in the morning and hit the road as we were all excited about starting our adventure and the road trip in this amazing weather. On the way, we stopped at the Abyaneh Village, and had an amazing walk through the old alleys of the village characterized by their red houses, bought some delicious dried fruit, and then continued our way toward Isfahan. After check-in and having dinner at our hotel’s restaurant, we took a walk by the Zayandehrud River, which is one of the main rivers in Iran and has a special place in the heart of Isfahan locals, and visited the historical bridges including the Si-O Se Pol Bridge and Khaju Bridge. Both bridges were built during the kingdom of the Safavid Dynasty in Isfahan and are among the top Safavid attractions of this city, giving a historical soul to it.

The next day was one of the top days of our tour, especially for the members who were visiting Iran for the first time, as we managed to visit the top highlights of Isfahan that can be the main reason why many people travel to Iran! First, we visited the UNESCO listed Naqshe Jahan Square. This monument is one of the most glorious historical squares in the world, constructed during the Safavid Era. Then we visited the 6-story Ali Qapu palace and got amazed by its magnificent wall paintings and decorations on each floor. After visiting the Sheikh Lotfollah Mosque and Imam Mosque which are the two most amazing mosques of Iran exhibiting the glory of Islamic-Iranian architecture, we had our lunch at a nostalgic café and took a rest. In the afternoon we joined a walk at the Chehel Sotun Garden and palace and the travelers enjoyed the stories about the great wall paintings of the mansion. As an optional excursion, we finished our Isfahan tour by listening to some Iranian music at Isfahan Music Musem.

We said goodbye to the beautiful city of Isfahan and drove for 400 kilometers through the desert roads to reach the Mesr Village. Mesr Village is situated in Khur o Biabanak County in the Central Desert of Iran and is one of the best desert destinations with a fantastic night sky, endless golden dunes, and lovely and cozy ecolodges. According to our itinerary, we stayed in Mesr Desert for four nights. PackToIran booked our accommodation at a desert eco-lodge, with a lovely atmosphere, clean rooms and mattresses, and healthy fresh food with an extra vegetarian menu. Every morning we did some yoga before breakfast and for the rest of the day, members were free to spend their time on their own as this was going to be a relaxing tour in Iran. From getting relaxed in the courtyard and chatting with other travelers and locals, to taking a walk on desert sand dunes and enjoying the warm sunlight, to playing some ukulele and flute, days were a chance for travelers to free their minds and enjoy the quiet and peaceful atmosphere. In the afternoons we usually gathered and enjoyed the scenic sunsets over the sand dunes while sipping on a cup of tea. One day we visited the Khur o Biabanak Salt Lake, which is one of the best photography spots in Iran, and the other day we took a safari car and had a very thrilling and fun experience. 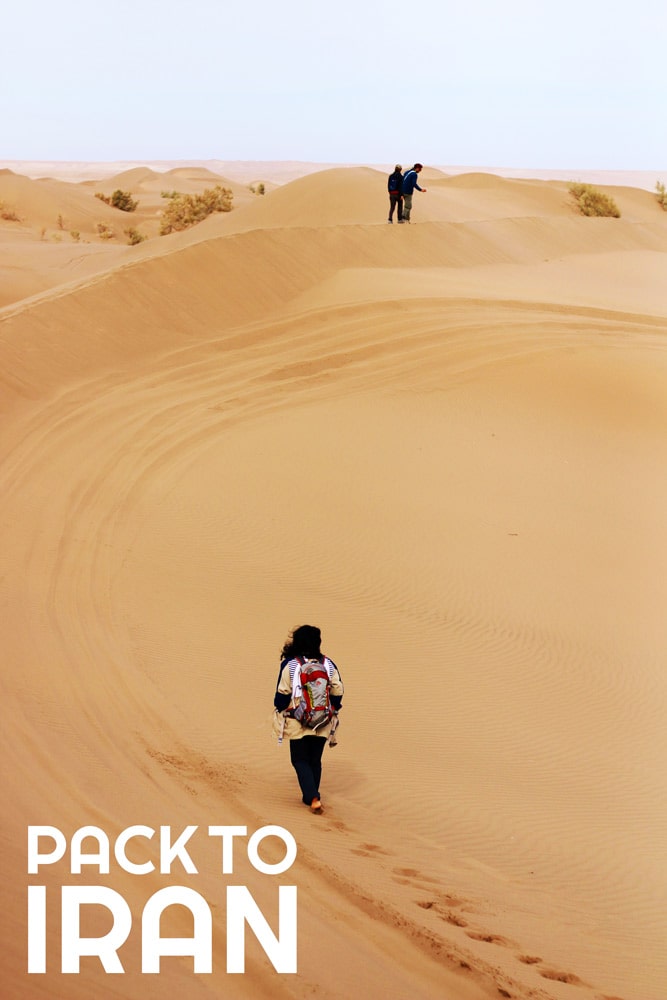 Early in the morning we left the Mesr Desert and drove back to Isfahan to get an afternoon flight from Isfahan to the Qeshm Island. Qeshm Island is the largest island in the south of Iran and has a warm and dry climate. This island is characterized by its magnificent geological phenomena of its UNESCO Global Geopark, its mind-blowing beaches, and the rich culture of its locals living in Qeshm city and the 69 villages of the island. Our travel to Qeshm was a unique experienced as we spent all our time in the undiscovered villages with friendly ecolodges offering a relaxing atmosphere. 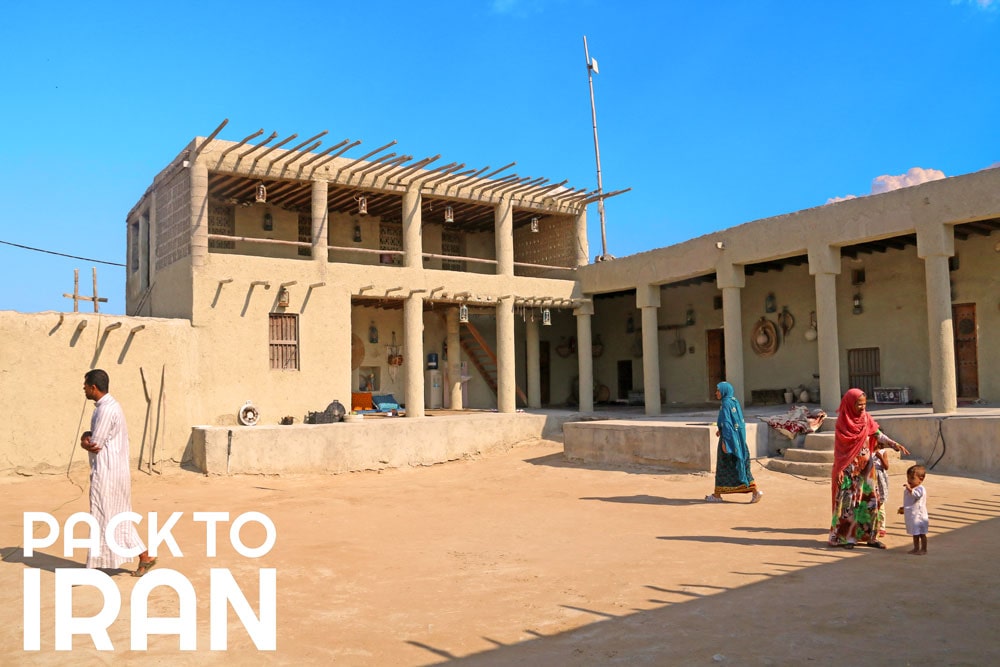 We had the opportunity to start our days running on the untouched beaches and watching migratory birds. The rest of our days we enjoyed exploring the wonders of Qeshm, like the surreally beautiful Chahkooh Valley with its astonishing rock formations, Lenj boat workshops which helped the travelers learn about the traditional skill of building and sailing Lenj boats inscribed by UNESCO as an intangible heritage. Another day we had so much fun experiencing paddle boarding through the amazing Hara Mangrove Forest. In the afternoons and after capturing the beautiful sunsets of Qeshm Island, we usually had gatherings with locals and other travelers by the sea while enjoying some live local music played by a group of young boys. We also had two excursions to the neighboring islands; the Hengam Island and the Hormuz Island known as “the red island” with natural attractions like the Rainbow valley and the Valley of Statues. 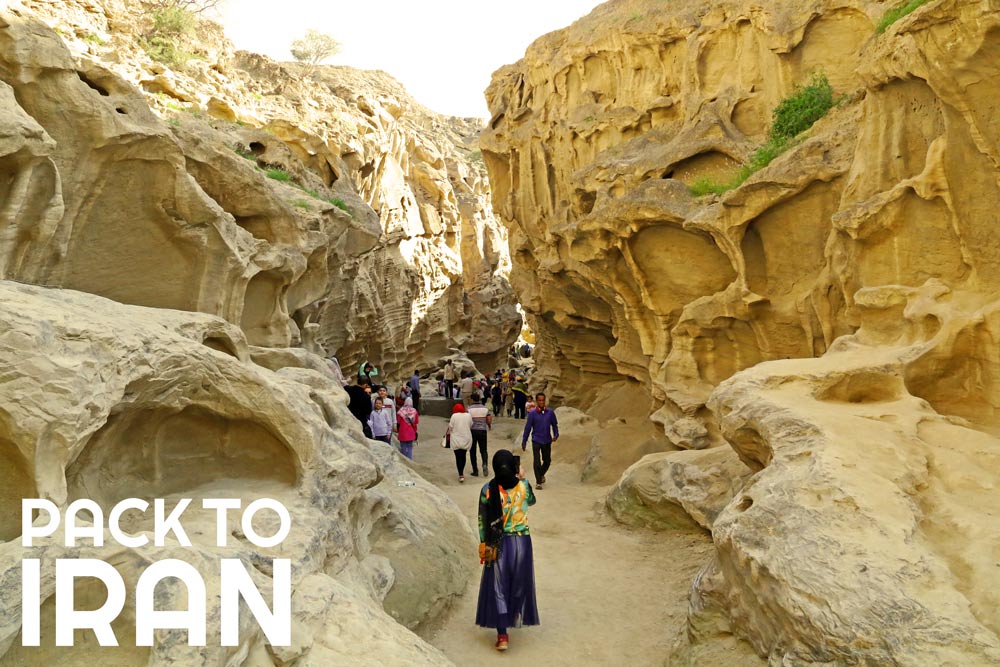 On day 14th and the last day of our amazing Iran tour, we said goodbye to our new friends we met on the island, checked out from our ecolodge, and took a flight back to Tehran. Since our domestic flight landed at Mehr Abad Airport of Tehran, we transferred the group to IKA Airport to catch their flights back home. It was hard to say goodbye after 2 weeks of sightseeing and nature adventures in Iran, but we were all happy about all the amazing things we had experienced and all the memories we made on Iran Deserts and Shores Tour. 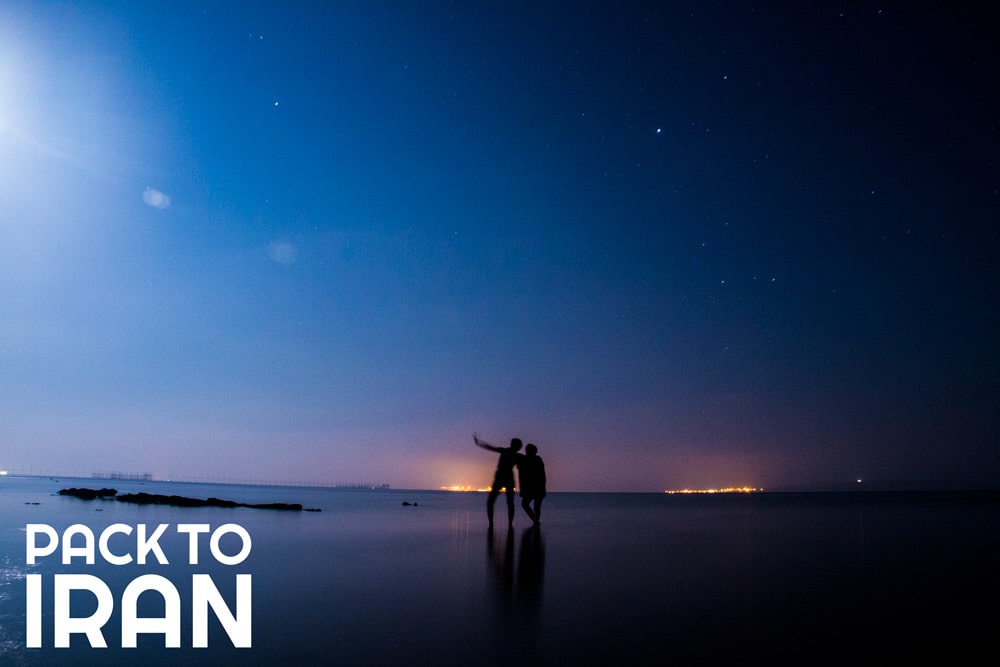