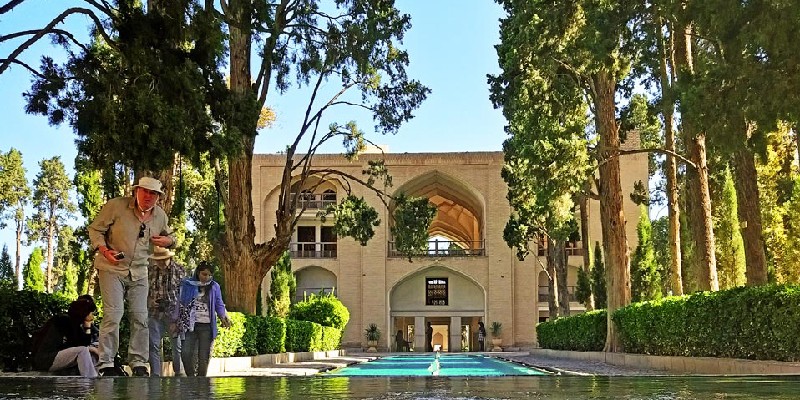 Hi, lets continue reading our 3-week Iran travel itinerary which started at Tehran. We started our road trip towards northwest of Iran and explored UNESCO heritage Sites in Zanjan, Tabriz, Kermanshah, and then we traveled to ancient land of Khuzestan in south. Now read about the rest of our trip and the UNESCO listed heritages of Iran we explored in Shiraz, Kerman, Yazd, Isfahan, and Kashan.

From Ahvaz to Shiraz, our next destination is a long 8-hour drive. We had two stops, one for lunch and another one to visit another UNESCO world heritage site. The ancient city of Bishapour and Tang-e Chogan bass reliefs were built by Sasanid kings, mainly King Shapour who also ordered the construction of some parts of the Historical Hydraulic System of Shushtar. It took 90 minutes to visit this amazing place. Then we continued our drive towards Shiraz.

Shiraz is the city of poetry, history, life, and colors. The next day we started our city tour by the enchanting Nasir al Molk Mosque also known as the pink mosque. Although we were a bit tired from our long drive on the day before, we were at the pink mosque early in the morning when the lights are best for photography in this mosque which is one of the most beautiful ones in the world. The next visits were Naranjestan or the orange palace, the old lovely traditional Vakil bazaar and its spice shops, and Ali Ibn Hamzeh Holy Shrine where you are allowed to go inside a holy place for Muslims. For lunch, we tried the famous food of Shiraz, Kalam Polo, which is cooked rice, vegetables, cabbage, and meatballs. After lunch, we visited Eram garden which is among the UNESCO world heritage gardens of Iran. We had a 1-hour walk in this lovely botanical garden and finally, we went to see the mausoleum of Hafez, the great poet of Iran who lived in the 14th century. I read some of the poems of this great poet to the group both in Farsi and in English.

The next day was a highlight of our tour as expected. The day we visited magnificent Persepolis; the ceremonial capital of Achaemenid Kings built over 2500 years ago. We needed 3 hours to visit Persepolis which is believed to be one of the most beautiful sites on earth left from ancient times. After lunch, we went to Necropolis, another ancient site near Persepolis where 4 of the great Kings of the Achaemenid empire are buried. Then we drove for 45 minutes north to visit Pasargadae, the capital of Cyrus the Great, the founder of the Achaemenid empire which is believed to be the greatest kingdom in the history of mankind. In Pasargadae, we visited the tomb of Cyrus the Great and the remains of his palaces and gardens. Persepolis Necropolis and Pasargadae are all registered as UNESCO world heritage sites. Three UNESCO sites in a day and a lot of history to learn. The group was all happy with the day they had. 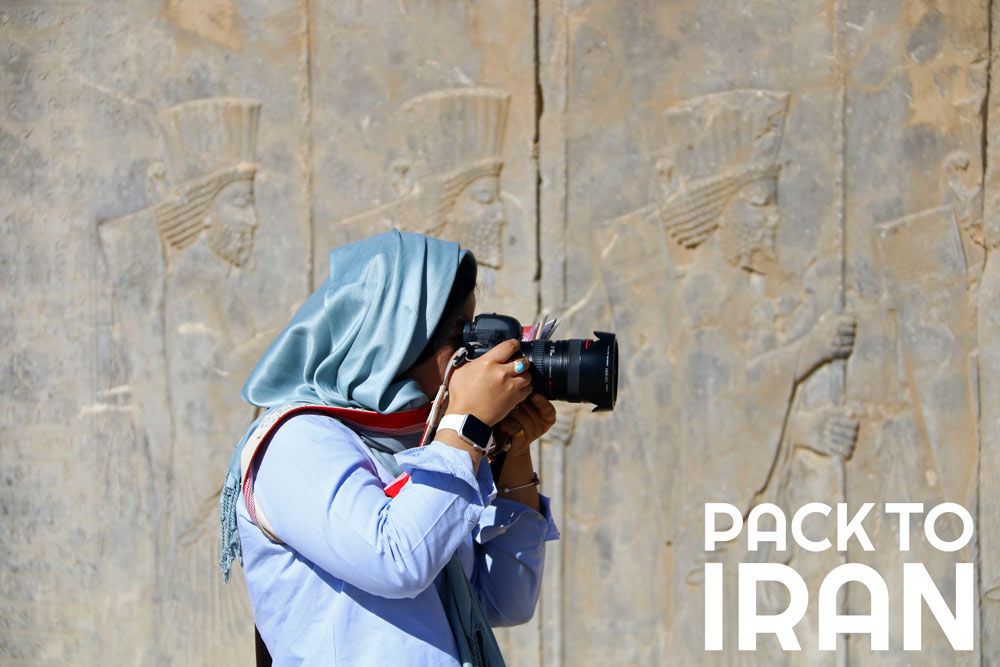 This day we left Shiraz at 8 because of another 8-hour drive towards the city of Kerman. We had one stop to visit the Sasanid palace of Sarvestan, which is among the Sasanid palaces registered as a UNESCO world heritage site.

The next day we started the city tour at 10 because we needed a good sleep and rest after the long drive of yesterday, especially our driver, Mohsen. In Kerman, we went to the old Ganjalikhan complex which was the main part of the city in the old days. There we visited Ganjalikhan bathhouse or Hammam, mosque, caravanserai, and the traditional bazaar. Kerman Bazaar is a good place to buy copper works, pistachio, and cumin.

The next day was also among the highlights of this tour. The day we visited the UNESCO world heritage Lut desert and enjoyed the ravishing beauty of “the Kaluts of Shahdad”. We started the day by driving for 90 minutes to get to Rayen city to visit the old citadel of Rayen, an ancient mud-brick made city. Then we went to visit another UNESCO world heritage garden of Iran, the Shazdeh garden. Many believe this pleasing garden is the most beautiful one of the nine gardens. After lunch, we drove towards Lut desert. The whole group was enchanted by its endless beauty. We stayed there and went back to Kerman after sunset. 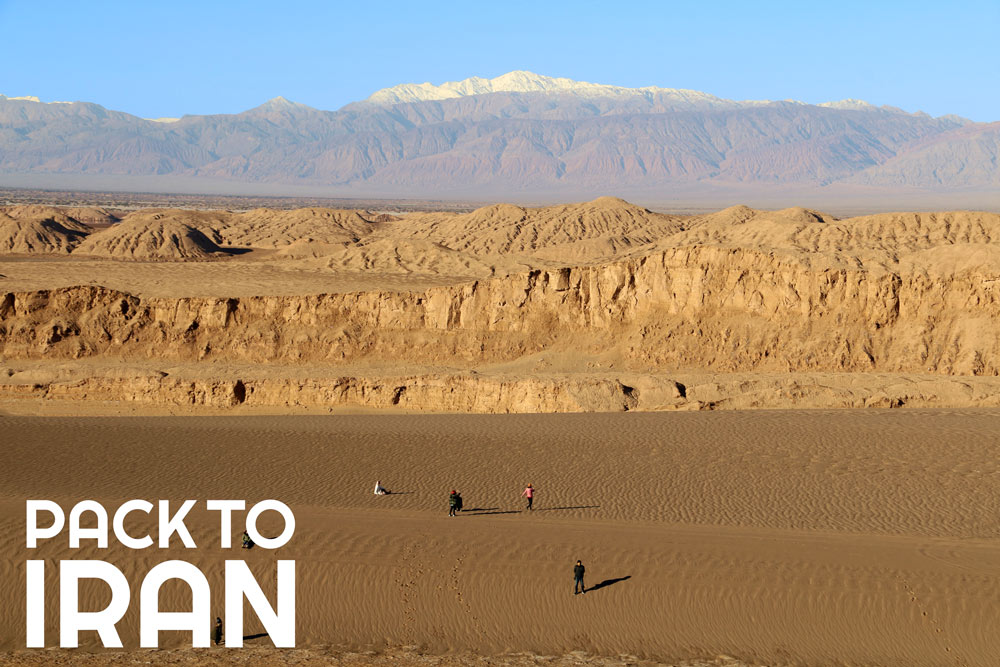 We left the city of Kerman with good memories and photos from its unique sites to go to the next destination, the city of Yazd, one of the oldest cities in the world. Today we visited the old city of Yazd which is also registered as a UNESCO world heritage site. For sunset, we went on the rooftop of an old building to enjoy the beauty of this old city and its wind towers.

Yazd is known as the capital of the Zoroastrians of Iran. We started our city tour by visiting two of the sacred places for Zoroastrians of Iran, the towers of silence and the fire temple. Later we went to visit Dowlatabad garden, another UNESCO world heritage garden of Iran. It has one of the tallest wind towers of the city which is about 34 meters. There I explained to the group how the wind towers work. Yazd is a city located at the edge of the central desert of Iran, so water has been an important factor for Yazdi throughout history. The Water Museum of Yazd is a great place to learn more about how Iranians managed to bring water to the desert parts of the country by the invention of Qanats. This museum is located near Amir Chakhmagh complex which was the central main square of the city. In there we visited Haj Khalifeh Rahbar, the oldest confectionary of Yazd, and bought some sweets. 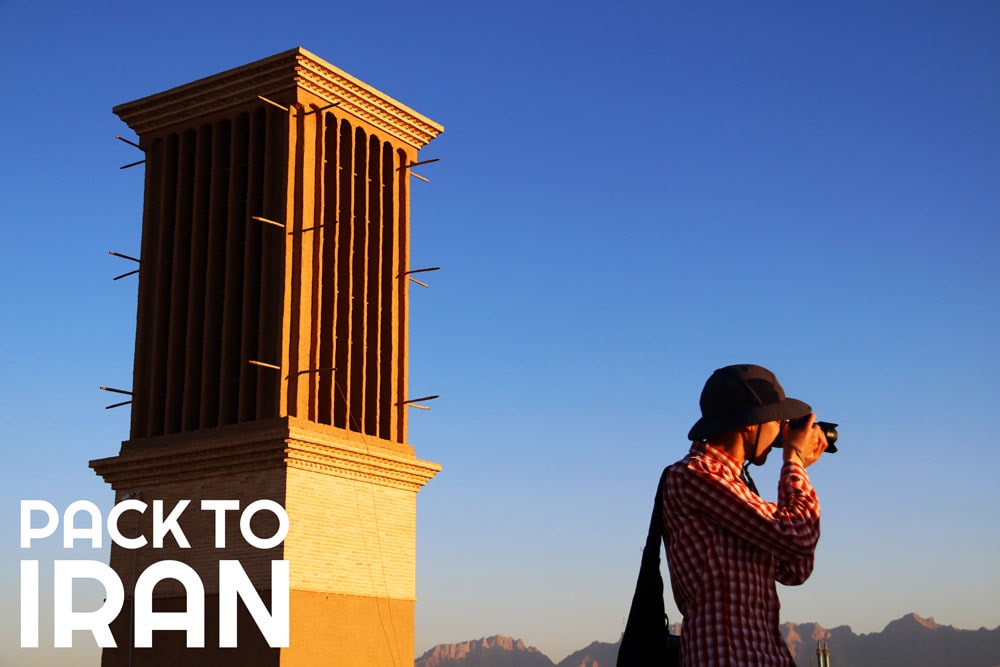 We left Yazd at 8 to go to Esfahan, the 3rd largest city of Iran and the capital of Safavid kings during the 17th and 18th centuries. It is a 4–5-hour drive in a beautiful desert road which was a part of the famous silk road. When we arrived in Esfahan, we first went to visit the Armenian quarter of the city for a walk and some visits. There are many good cafes in the Armenian quarter of the city also known as the new Jolfa. After having a coffee, we started our visit by the Vank cathedral which is one of the 18 churches of the city and the main one. It took 75 minutes to visit different parts of the church including two museums, the main church building, and the Armenian genocide memorial monument. The next place we visited was the Music museum, a professional private museum located in Jolfa that exhibits a good collection of Iranian and foreign music instruments, explains about Persian music and how the instruments are built, and then a private music performance by the young artists of the museum.

Zayandeh Rood is one of the most important rivers of Iran that passes through Esfahan. There are many bridges built on the river. We decided to visit two of the bridges, Siosepol and Khajoo, at night when there are more people on the bridge and the lights are better for photography. We had a 1-hour walk alongside the river to visit both.

The next day was also one of the highlights of our tour when we visited the charming UNESCO world heritage site of Naqsh-e Jahan square. The second biggest old square in the world, the heart of the city and the main touristic attraction of the city. We spent almost the whole day in the square to visit Sheikh Lotfollah mosque, the Jaame Imam (Shah) mosque, Aali Qapoo palace, and also the enchanting bazaar of Esfahan. Shopping is a memorable part of travel and if you want to buy some handicrafts in Iran, Esfahan is the best place to do so. We also visited “Chehel Sotoon”, another UNESCO world heritage garden of Iran which is a walking distance of the square. 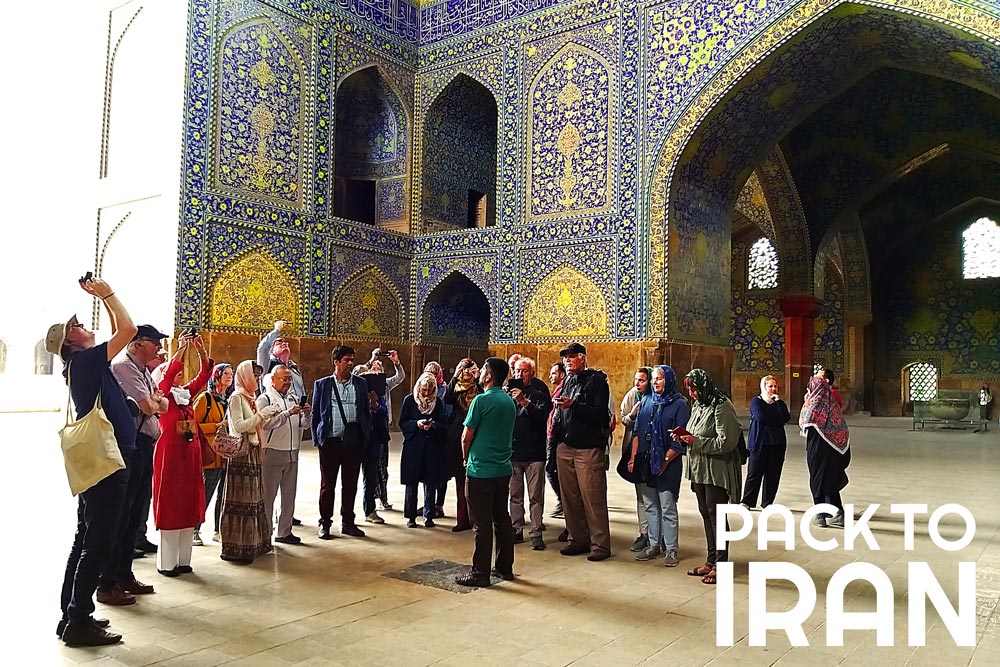 The last day of the tour

After hotel checkout, we went to visit the Isfahan Jaame Mosque, one of the oldest mosques of Iran which is registered as a UNESCO world heritage site. Each part of this amazing ancient mosque is built in a different century and it takes about an hour to visit. Then we started driving north towards IKIA airport where we started the tour 20 days ago, but we had two more stops and visits on the way. The first visit was another UNESCO world heritage garden, the Fin garden of Kashan. Our last visit was the Fatima Masoumeh Holy Shrine in the city of Qom. This shrine is among the 3 top sacred places in Iran for Muslims where all foreigners are allowed to visit.

One the way to the airport we reviewed our 20-day tour together, the journey that covered the main parts of Iranian history, culture, and nature. As a tourist guide, I enjoy this unique PackToIran tour because it covers many sites and cities and is a good test and challenge for my knowledge about my beautiful Iran. 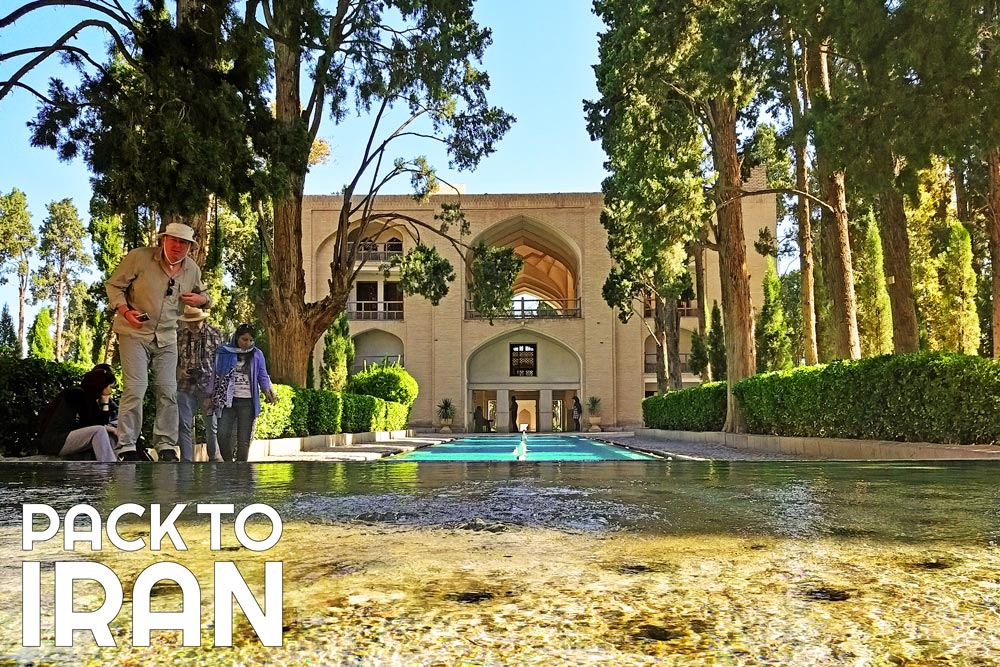