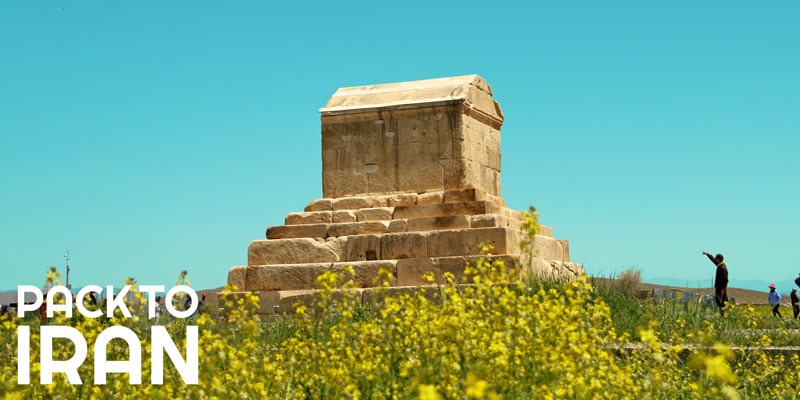 Hello everyone. I’m Ali and I have been working as a tourist guide in Iran for more than ten years. I joined the team of PackToIran travel agency a few years ago and I enjoy working with them on their tours. On this blog, I’m going to write about a tour experience I had in Fall 2019 with PackToIran and a lovely group from Germany.

Iran is a vast country with numerous legacies from the civilizations and dynasties who ruled this land thousands of years ago, 23 of which are protected as UNESCO World Heritage Sites in Iran. The 3-week Iran UNESCO sites tour is designed to let history lovers explore most of Iran is UNESCO sites during 20 amazing days. 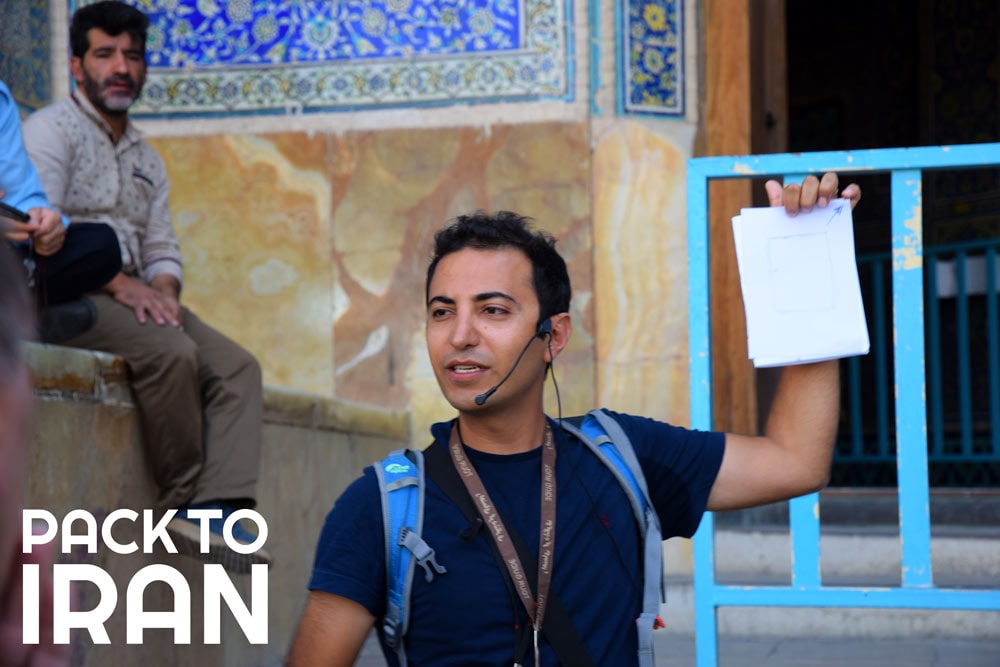 This tour, just like most of Iran tours, started in Tehran. I met the group at Imam Khomeini international airport on their arrival at 10.00 p.m. After introducing myself and welcoming them to Iran, we went to our hotel in Tehran. I also introduced our driver Mohsen to the group, who was going to be with us for the whole tour. From the airport to most of the hotels in Tehran, it usually takes 45 to 60 minutes to drive. The group needed a good sleep to get ready for the Tehran city tour the next day.

The next day, we left our hotel at 8.45. The first visit was to the National Museum of Iran, which was only 10 minutes of driving far from our hotel. It is a very good idea to start your Iran tours by visiting the National Museum of Iran and the Islamic Art Museum, to get to know more about the history of Iran, as one of the oldest countries on earth with thousands of years of history, culture, and stories. The Islamic art museum is located next to the National Museum of Iran. Visiting these two museums took 2 hours and it helped the German group to know more about Iran history and be ready for the visits on the following days. After having a coffee at the cafe of the museum, we went to the UNESCO world heritage site of Golestan Palace. This complex is a mesmerizing place in the heart of Tehran, the capital of Iran. A complex of different palaces, halls, museums, gardens art galleries decorated with beautiful tile works. It took 2 hours to visit. After having lunch, we headed to the Treasury of National Jewels museum which is one of the main attractions of Tehran. It is an enchanting collection of Jewels and diamonds stored and exhibited in the central bank of Iran. It took one hour to visit. Remember that photography is not allowed in this museum. We finished our day by visiting the Carpet museum of Tehran, a beautiful collection of Persian carpets from all over the country. It took 45 minutes to visit. We went back to the hotel to get ready for our 4-hour drive to the city of Zanjan on the next day. 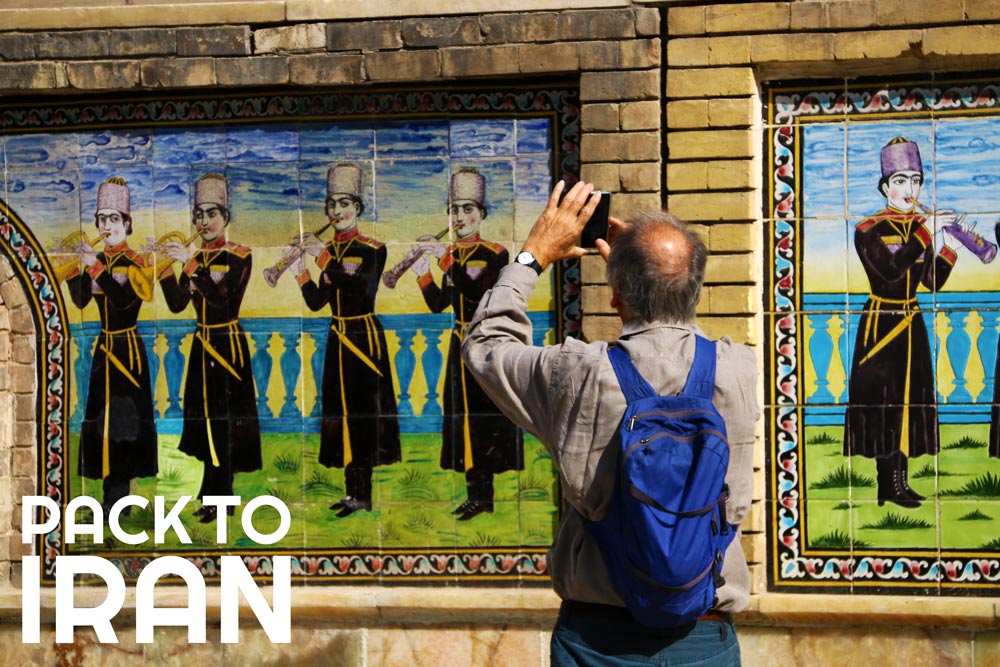 After breakfast and check out, we left the hotel at 8 O’clock for Zanjan. After 2 hours, our first stop was in the city of Qazvin, the capital of Iran in the 16th century. In this city, we visited Sa'd-o Saltaneh Caravanserai which is one of the most beautiful ones in Iran. Today it is used as a bazaar with handicraft shops and cafes. Qazvin is known as the calligraphy capital of Iran so if you are interested in buying Persian calligraphy, this place is recommended. After coffee, we drove towards Zanjan. After having lunch, we went to visit the magnificent Soltanieh Dome, a UNESCO World Heritage site of Iran. It took an hour to visit Soltanieh and its turquoise dome, which is one of the biggest domes in the world. We climbed the stair of Soltanieh and went to the next floor to see the view of Soltanieh town which was the capital of Iran for a short time. 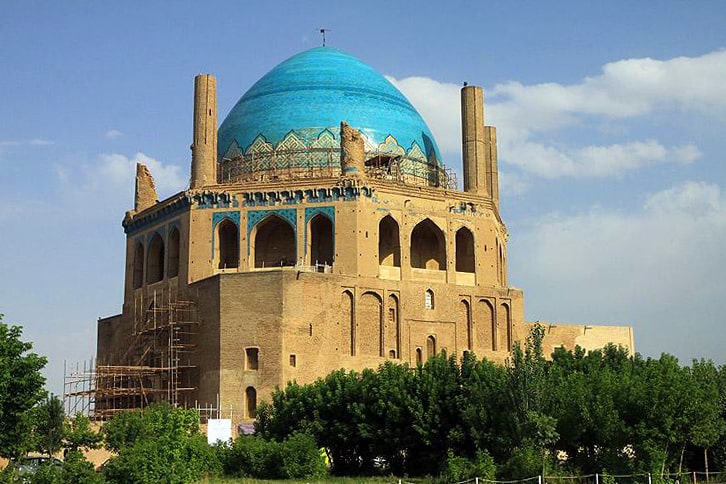 We left Zanjan at 8 and started our 4-hour drive to Tabriz, a very beautiful city and a former capital of Iran in the 15th and 16th centuries. Most of the people of this city speak Azeri as their first language. If you visit this city and you are a meat lover, make sure to try the Kebabs of Tabriz in a good restaurant just like what we did with the German group. After lunch, we first went for a walk in the Tabriz Grand Bazaar, a UNESCO world heritage site and one of the largest roofed bazaars in the world. The group enjoyed walking through the different sections of Tabriz bazaar especially the carpet section where they learned more about Tabriz carpet. Later we went to visit the Blue mosque of Tabriz known as “Kabood mosque”. It takes half an hour to visit this mosque with a unique tile color.

The next day we visited two of the churches of East Azerbaijan province, the Monastery of Saint Stepanos and the Saint Thaddeus Cathedral, both registered as UNESCO world heritage sites. They are located near the borders of Iran Armenia and Azerbaijan. It takes a full day from Tabriz to visit these ancient churches. When we came back to Tabriz, for dinner and also a night walk, we went to the El Goli mansion. 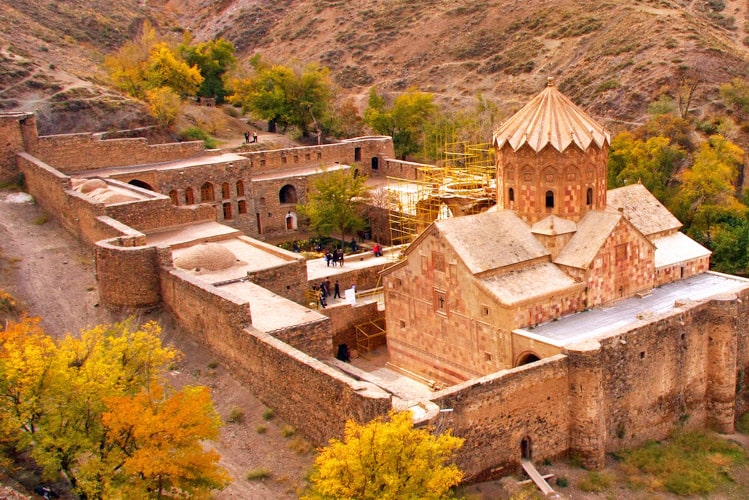 We left the hotel at 8 to go to the city of Sanandaj. A beautiful city with a Kurdish population whose main language is Kurdish. In this city, we visited the Asef mansion also known as the house of Kurd which is a beautiful old house which pleasing decorations and a museum inside. Later we visited the Jaame mosque of Sanandaj and also the traditional bazaar of the city, all a walking distance far from each other.

A 2-hour drive through a heavenly road towards Kermanshah. If you have this tour in spring and summer, you can buy fresh strawberries on the way to the next city. Kermanshah is another city of Iran with a majority of the Kurdish population. We first went to visit the UNESCO world heritage site of Bistoun located 20 kms east of the city. It takes 2 hours to visit this ancient site where there are many places to visit like Caravanserais, Bass reliefs, sculptures and caves and the most important one, the inscription of King Dariush the first built 522. B.C. Later we went to visit Tekiyeh Moaven ol Molk, a delightful building from the early 20th century built to be used for religious ceremonies. And finally, we visited another UNESCO world heritage site in the city, the ancient site of Tagh-e Bostan where you can see four of the rock reliefs made by Sasanid kings about 1500 years ago. For dinner, we tried the famous Dandeh Kebab of Kermanshah in one of the many restaurants located on the opposite side of Tagh-e Bostan. 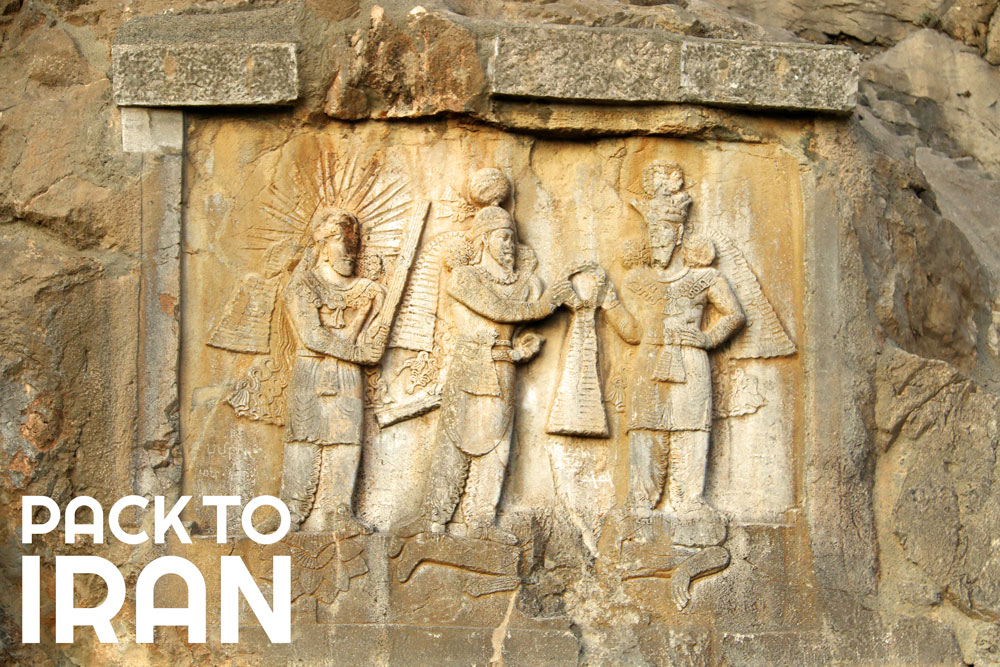 A 6-hour drive towards the south through beautiful mountainous roads, to Khuzestan province where we stayed for the next two nights. After arrival in the city of Shushtar and hotel check-in, we went to visit the Historical Hydraulic System registered as a UNESCO world heritage site. The whole group was surprised by the genius engineering of these ancient canals, dams, bridges, and watermills built thousands of years ago. That night we stayed in a cozy ecolodge.

The next day, we left Shushtar for the city of Shush. On the way, we visited “Tchogha Zanbil”, the first ancient site of Iran to be registered as a UNESCO world heritage site. This pyramid is a 26-meter-tall structure (originally 52 meters) built 3200 years ago by the order of Elamite Kings to be used as temples. Then we drove to the city of Shush where we visited another UNESCO world heritage site. The archaeological site of Shush including the Achaemenid palace of Ardeshir also known as Shavoor’s palace, the Apadana palace which was the winter capital of Achaemenid kings, the Shush castle built by French archaeologists, and finally the tomb of Daniel the prophet. After these amazing historical visits, we drove for another 40 minutes to get to the city of Ahvaz where we stayed that night. Ahvaz is a city located by Karoon, one of the biggest rivers of Iran, and is famous for its delicious street food and that’s what we did for dinner. 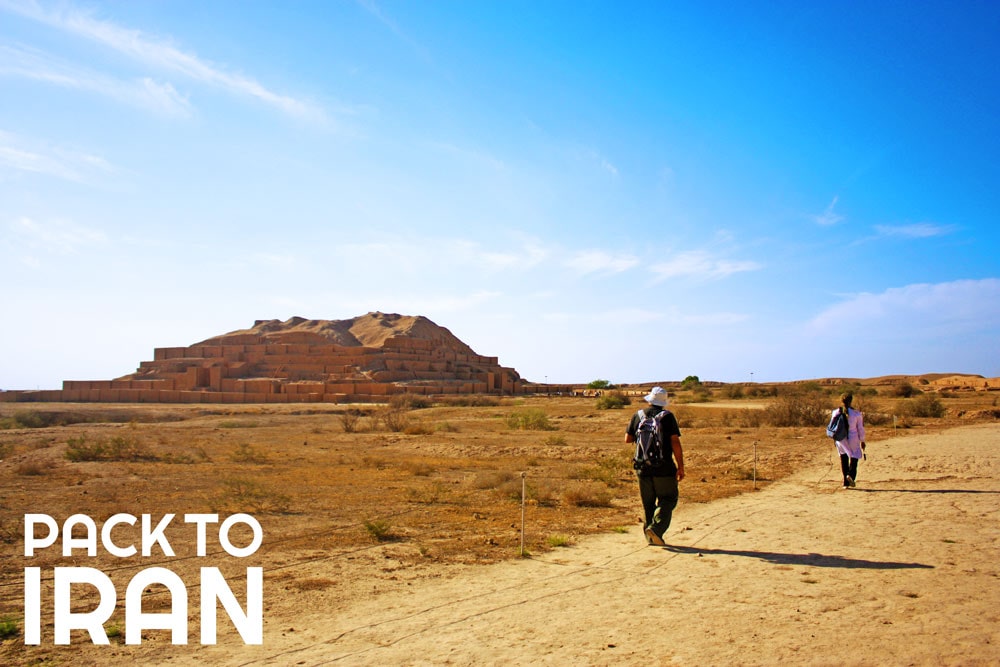